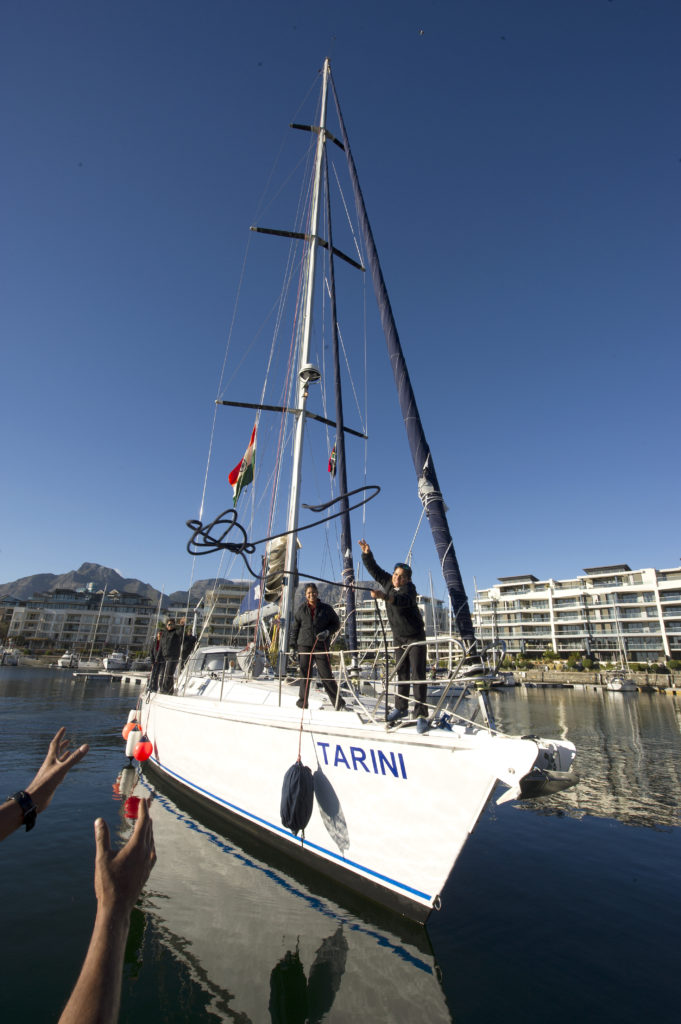 The Indian Sailing Vessel (INSV) Tarini has arrived in Cape Town. This is a maiden circumnavigation manned by 6 female officers from the Indian Navy. Photo by Nasief Manie / Photo9

The Indian Navy’s second ocean going sailboat INSV Tarini, embarked on the first Indian all-women circumnavigation of the globe on 10 September 2017 from Goa, India, flagged by Mrs. Nirmala Sitharaman, India’s Defence Minister. In its circumnavigation, the boat has visited Fremantle, Australia; Lyttelton, New Zealand and Port Stanley, Falklands, and has now arrived in Cape Town for its final port call.

For a sail boat’s voyage to qualify as circumnavigation, the voyage has to start and finish at the same port; cover a distance of at least 21,600 nautical miles; keep south of the three great capes of the Southern Hemisphere; cross all longitudes in the same direction; cross the equator twice; not use any canals and certainly not use the engine for propulsion. These are the exacting standards under which the crew of INSV Tarini is currently sailing to be the first Indian women to have completed circumnavigation. 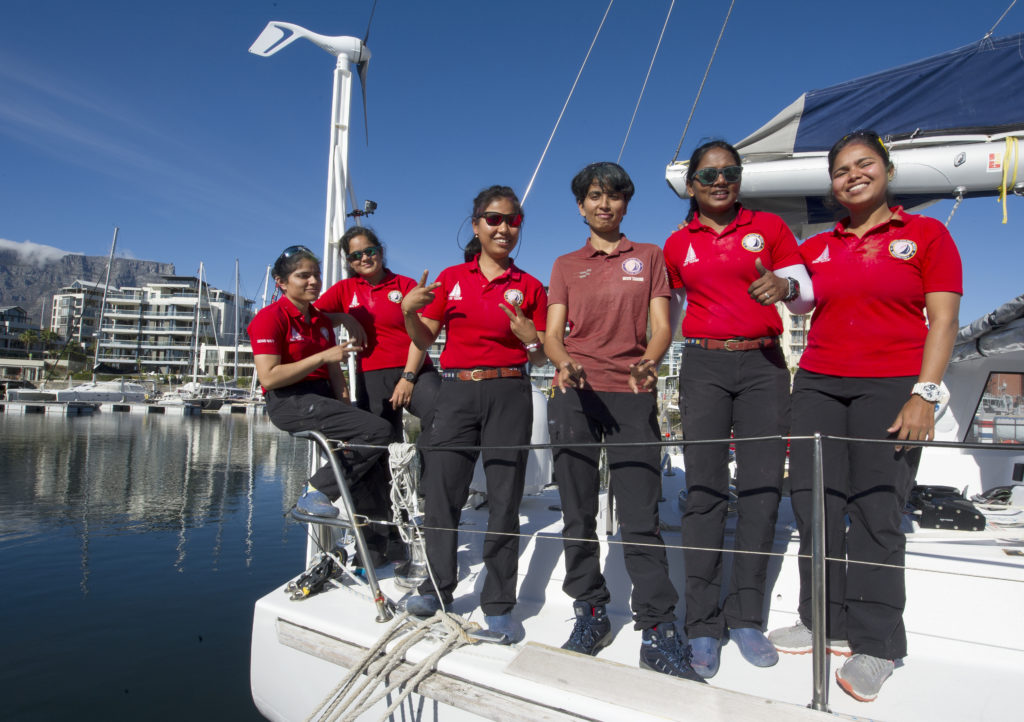 Crew of the Indian Sailing Vessel (INSV) Tarini are set to make history by becoming the first Indian and Asian women to circumnavigate, and also become the first military in the world to have a women crew completing a circumnavigation.
Photo by Nasief Manie / Photo9

Upon arrival in Cape Town, INSV Tarini and the crew members were received by Honourable Patricia de Lille, Executive Mayor of Cape Town and Rear Admiral (JG) E. M. Masanabo, SA Navy from the South African side and Mrs. Ruchira Kamboj, High Commissioner of India to South Africa, Mr. Abhishek Shukla, Consul General of India in Cape Town and Captain Manjit M. Thomas, Defence Adviser, High Commission of India, Pretoria from the Indian side. Capetonians, including members of Indian diaspora also turned up in large numbers. So did students of St. Paul’s Primary School, Schotsche Kloof, Cape Town, who extended a warm welcome to the crew members of INSV Tarini. 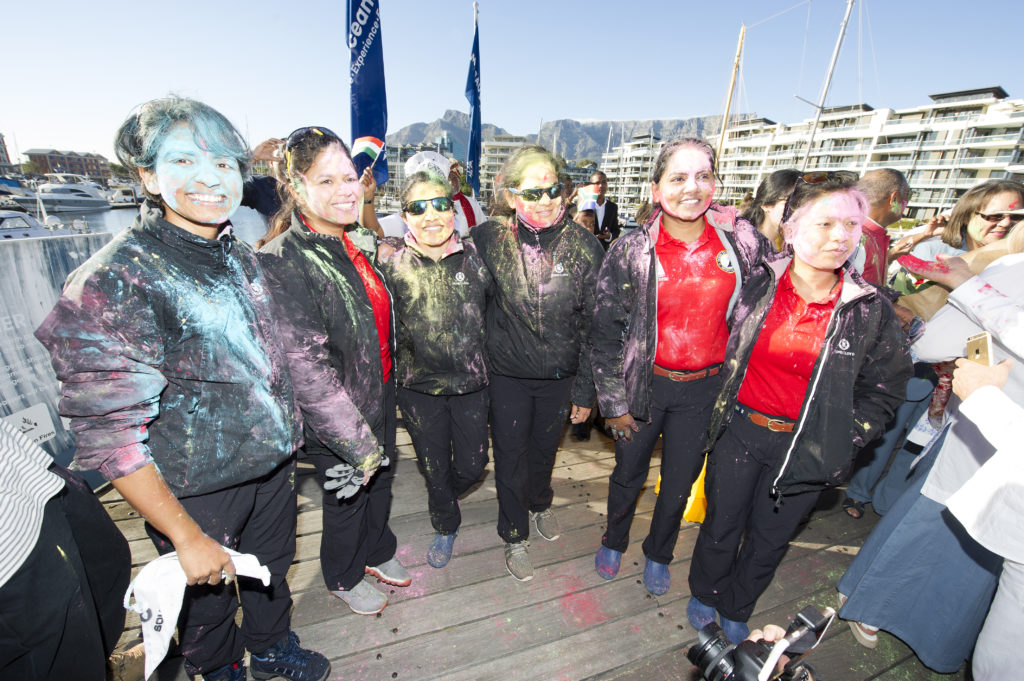 Her arrival in Cape Town also coincided with the festival of Holi which was being celebrated the world over. Holi, the festival of colours signifies the victory of good over evil and this auspicious coincidence truly marked the accomplishment of the crew members and their tremendous grit, determination and perseverance. The festival was celebrated with crew members of INSV Tarini with a splash of colours and dash of drums.

INSV Tarini will be in Cape Town until 14 March. During their stay in Cape Town, the crew members will have several engagements including formal calls on local leadership, media interaction, receptions, interaction with students in University of Western Cape. It will also include the inauguration of a photo exhibition. This will display images from the voyage and will be open to the public from 5 March at the Royal Cape Yacht Club.