George Lakes Yacht Club (GLYC) was a hive of activity when it hosted its annual New Year Regatta. Numbers were boosted as the Fireball and GP14 classes hosted their National Championships as part of the event. 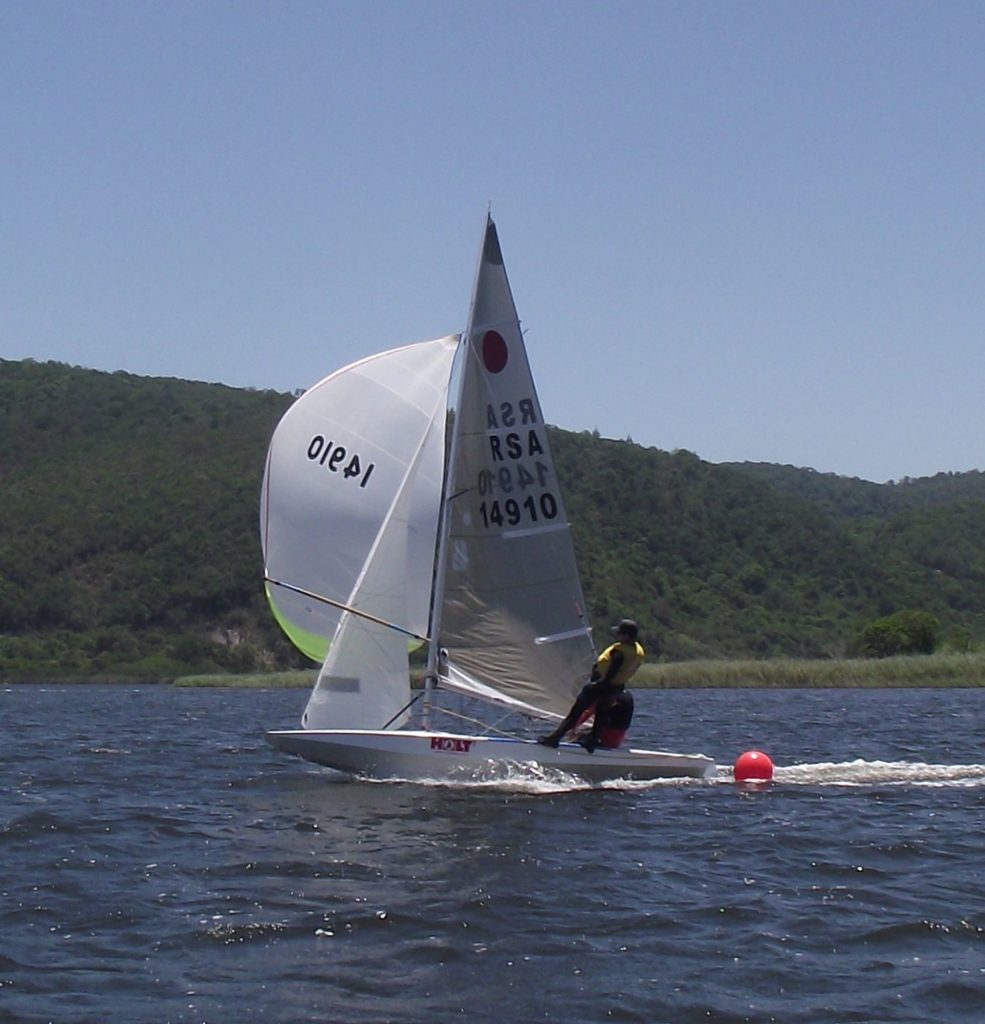 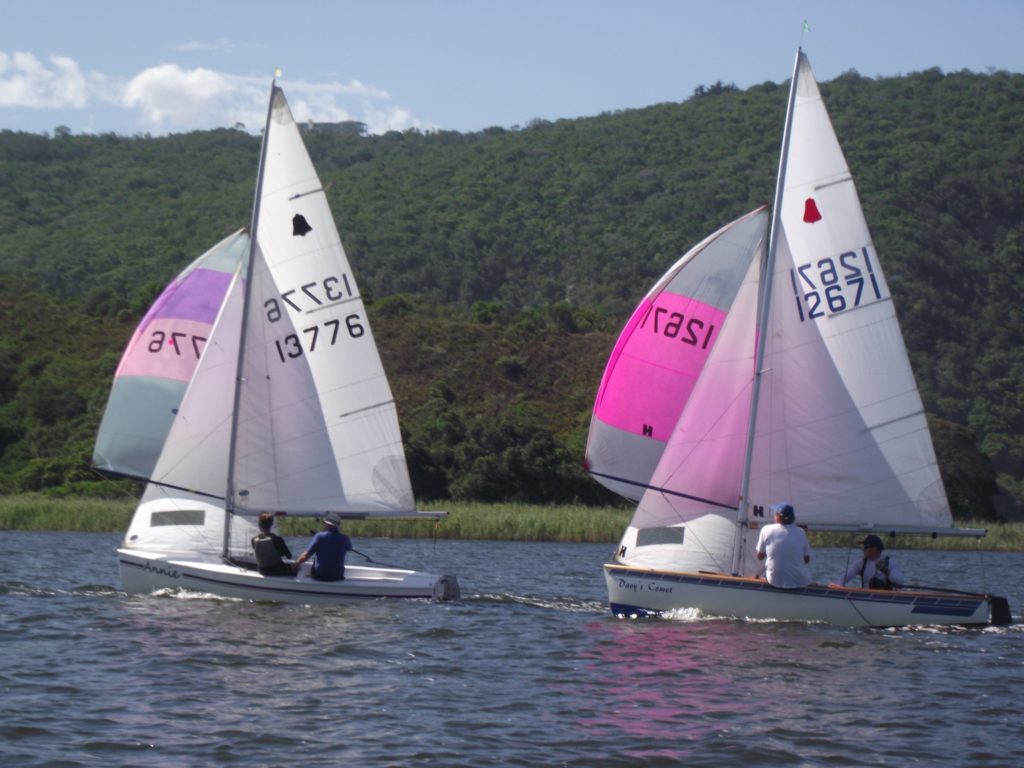 Both classes mustered 10 boats each to contest for their national trophies. Contestants came from Johannesburg, Cape Town, East London, Port Elizabeth, Knysna and Mossel Bay, in addition to the GLYC fleet.

Four races were completed on Saturday in a very light, patchy south-westerly breeze. At the day’s end Georgou Divaris and Ferdinand Holm had the lead in the Fireballs ahead of Ant and Di Parker.

In the GP14s, stringing up a succession of first places, was the Knysna team of David Shilton and Dudley Isaac.

On Sunday conditions improved with a more steady southeaster setting in. Four more races were sailed with Divaris/Holm reeling in all the first places again. David Laing/Chris du Toit improved in these conditions and started moving up. Yon/D’Engle were still there to contest the top places, with Cundell Statt and Rory Laing also in the mix. 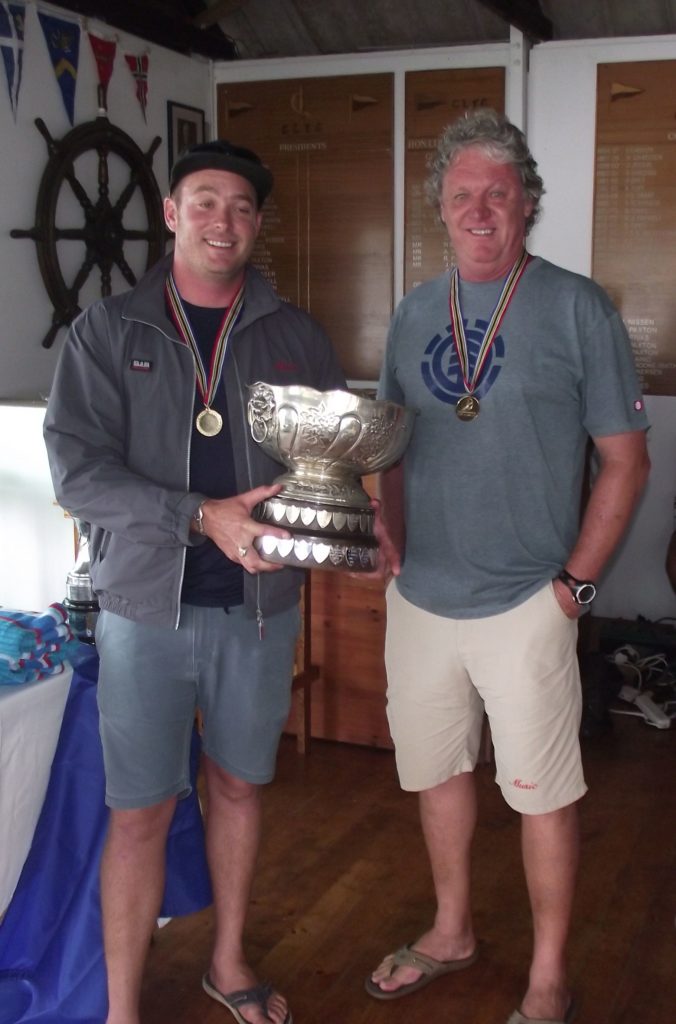 For the GP14s, Shilton/Isaacs won the first two races, but then allowed a couple of others to make an appearance – Richard Parker & Robyn Hellstrom and Tom Barry and Rowin Marais. Although not scoring any race wins, consistently near the front were the team of Pat Mitchell & Keith Spencer and the teenage team of Amber de Decker & Matthew de Villiers. 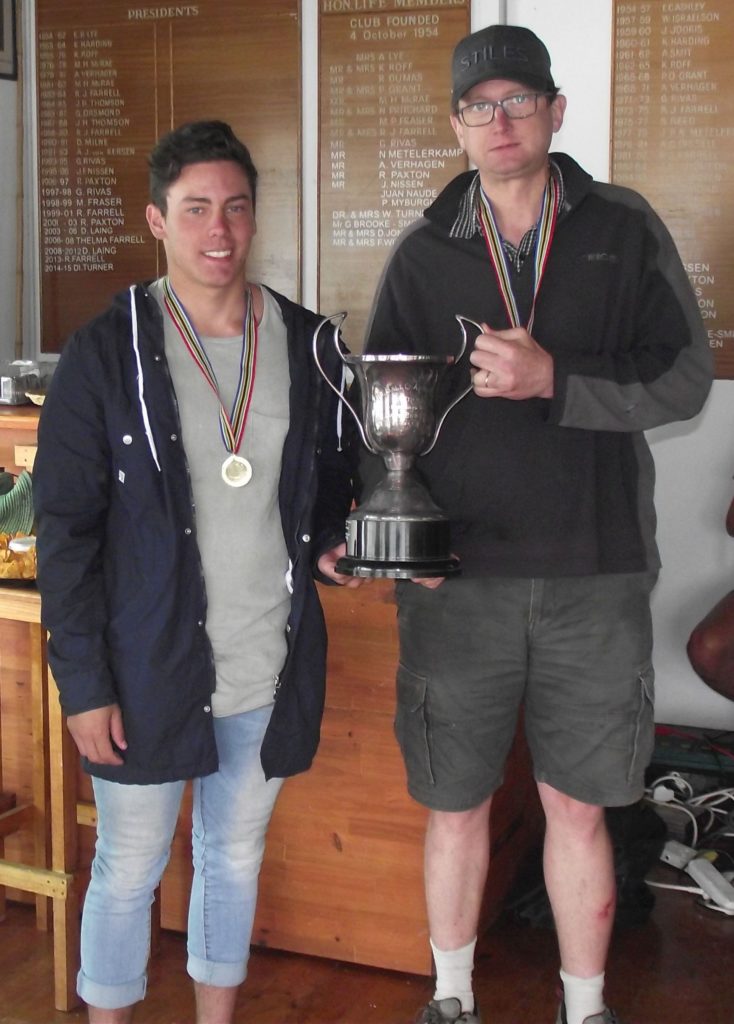 On New Year’s Day, the final day of sailing, a passing front brought in a strong westerly wind with gusts over 25 knots. While the GP14 and club fleets opted to stay ashore in these conditions, six of the Fireballs went out to sail two more races. In the first race Ant Parker, sailing with David Shilton, had the initial lead until a capsize let Divaris/Holm through. Parker/Shilton avoided such mistakes to win the final race. Divaris/Holm had to settle for a second place, but they discarded it. 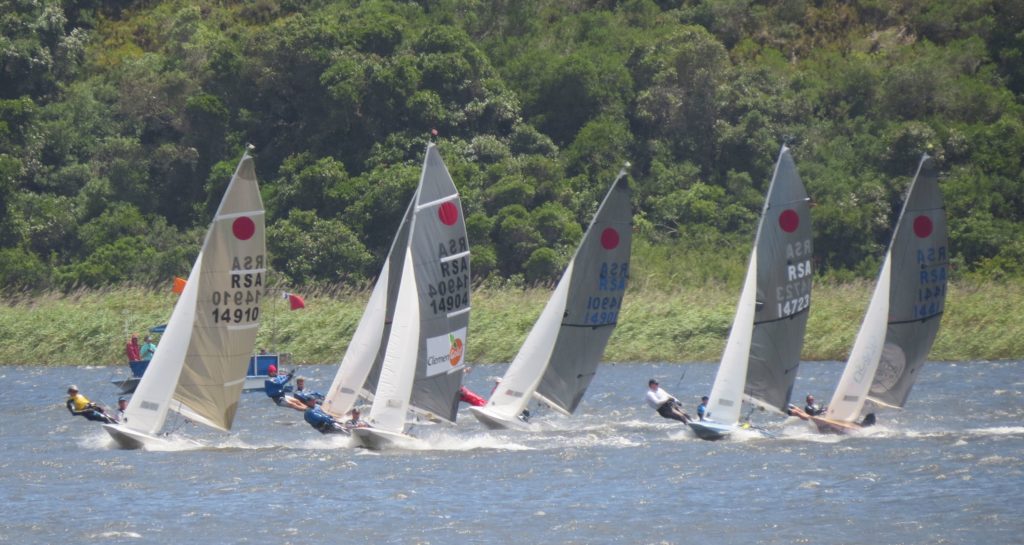 The Fireball fleet at the start of the heavy weather race on New Years Day.
pics by Ralph Jones

Ten races were sailed, permitting two discards. This left Divaris/Holm with a straight series of wins to retain the SA Sailing National Championships title for the Fireball class, which they won in Mossel Bay last year. Second place went to Laing/Du Toit, a scant point ahead of Theo Yon and Jay d’ Engle in third place.

The new national champions in the GP14 class are David Shilton and Dudley Isaac.

In the junior fleet, James Vonk was consistently ahead of the two other Tera Pros, sailed by Cameron Hills and Ashley Layland, in all the races. However, Sean Vonk and Conrad Holm were also doing well on their Optimists. Sean won most of the race wins on class handicap to score the series win, ahead of Conrad. James Vonk was the leading Tera Pro, in third place overall.