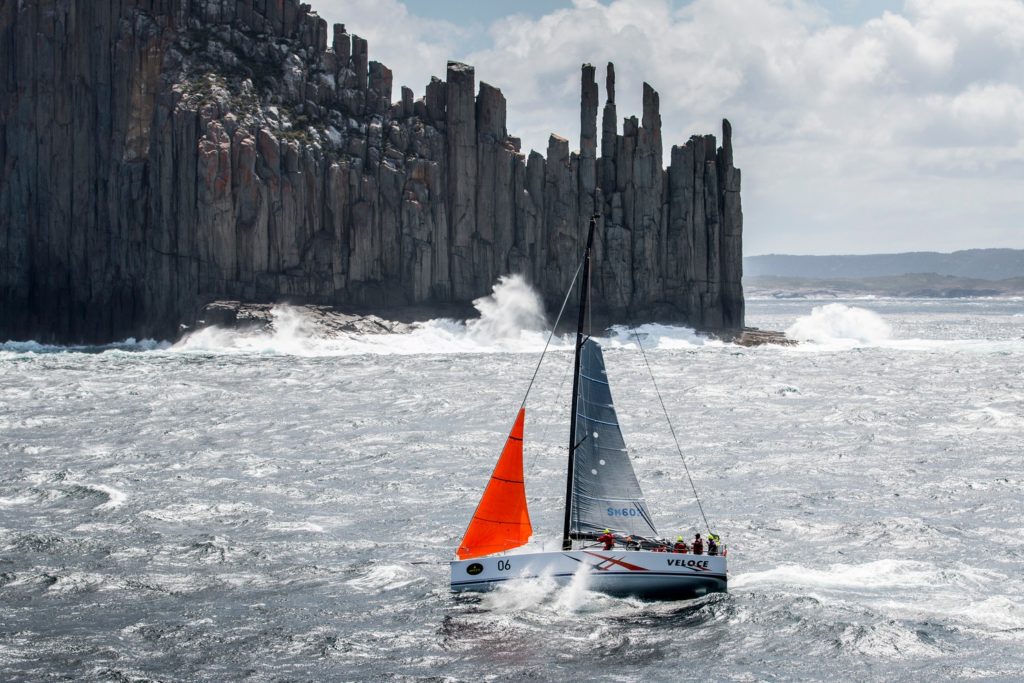 The Organ Pipes off Tasman Island are an impressive sight towards the end of the race.
Pic by Rolex

The 73rd Rolex Sydney Hobart promises much, with 107 yachts currently scheduled to cross the start line in Sydney Harbour on 26 December. Some 30 international entrants will participate, with a high-profile battle for line honours and fierce contest for the overall win expected. The 628-nautical mile race has never yet failed to deliver intense drama and great spectacle – the 2017 edition looks set to be no exception.

First held in 1945, the Rolex Sydney Hobart is organized by the Cruising Yacht Club of Australia with the cooperation of the Royal Yacht Club of Tasmania. Rolex has been title sponsor since 2002.

Last year, a four-way competition to finish first in Hobart resulted in a record-breaking performance by Perpetual LOYAL. Anthony Bell’s 100-foot Maxi rewarded her crew’s persistence and resolve, as man and machine combined to take nearly five hours off the previous fastest time. 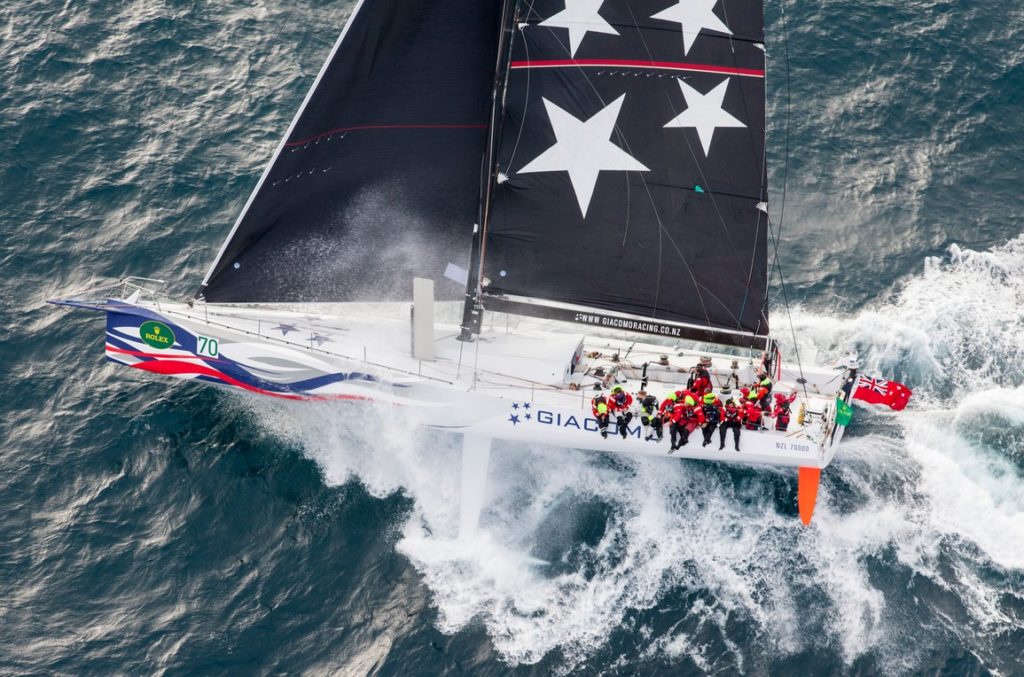 The 70-foot Giacomo was the overall winner of the 2016 Rolex Sydney Hobart.
Pic by Rolex

Once again, four 100-foot powerhouses are in the running. Wild Oats XI will be seeking to re-establish her benchmark status by adding to her eight line honours successes and taking back the record, weather permitting. Against her, the American Maxi Comanche, first to finish in 2015, is competing under the stewardship of New Zealander Neville Crichton, a two-time line honours winner himself.

Away from the rarefied atmosphere of the 100-footers, the majority of entrants are competing for a variety of reasons. Some are relatively simple: a passion for the sport, the camaraderie of teamwork or the opportunity to pit oneself against the challenge.

At the finish in Hobart, Tasmania though, one boat will stand head and shoulders above the rest. The crew that wins overall will receive the deserved recognition of their peers and take a place in event legend. Beyond these less tangible rewards, there are the coveted Tattersall Cup, with its many years of history, and the Rolex Oyster Perpetual timepiece, engraved with the race name, the year and the words “Overall Winner”.

Over the past fifteen years, the title and rewards have been shared across the fleet, with yachts in the 40 to 50-foot range winning five times and yachts between 50 and 60 feet also winning five times. There have been three wins from the 60 to 70 feet yachts and two wins from the 100 footers. The prevailing weather will be significant in determining the outcome of the race. Inevitably, the conditions favour different lengths of yacht at different times; the strength of the wind and the state of the sea play critical roles. Crews must manage their resources astutely and sail to their
yacht’s full potential throughout the period at sea. Complacency and inattentiveness
can be ruinous.