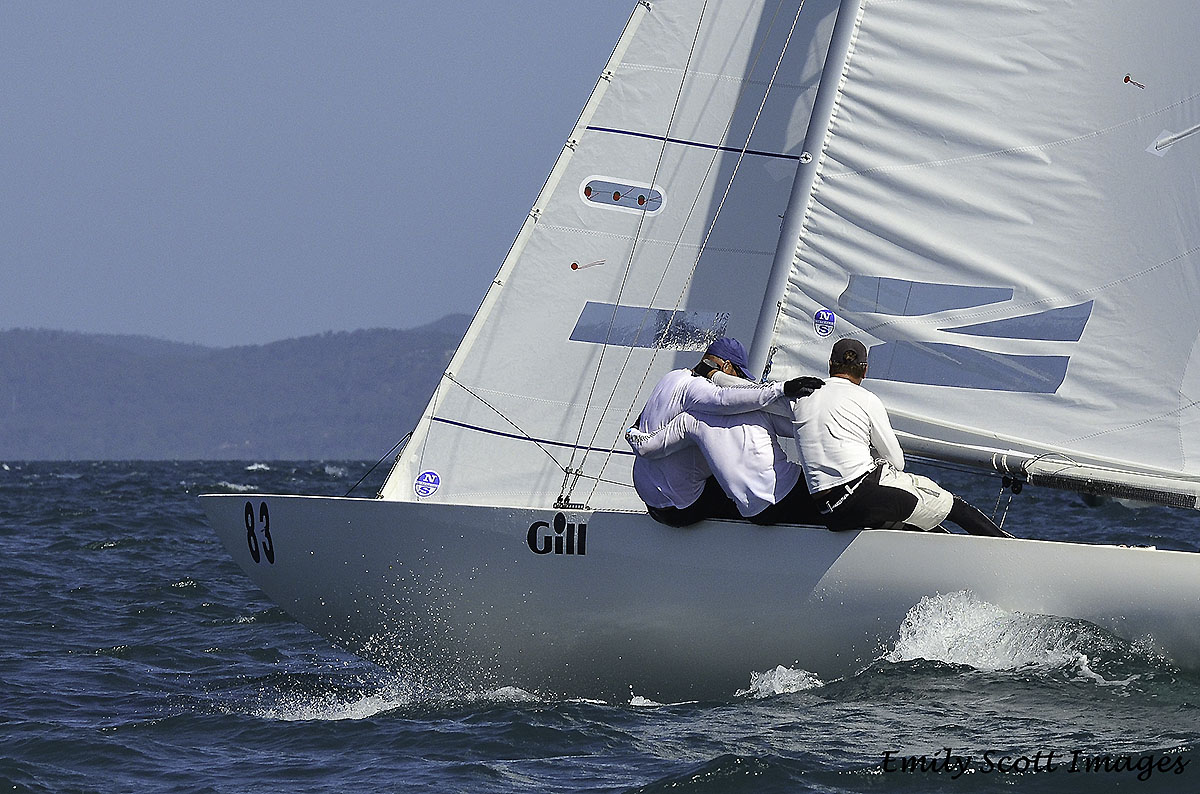 William Voermann and his crew on Triad take out Race Nine – and weren’t they thrilled.
pic by Emily Scott Images

From all accounts the final day was a perfect day’s sailing as Brisbane pretty much offered the classic mix of sun, and just enough wind for the last two races of the 2018 Etchells World Championship.

This is how the official press release reported on Race 9, the final race in the series which Voermann and his crew won:

Race Nine was set to an axis of 090 degrees as the breeze continued to move left. It was actually a bit stronger, sometimes making it feel like a real a 12 knots behind it. The range was set to 2nm, with the gate in the usual place. The difference this time was that as the racing was on schedule, the committee could opt for Course One with its upwind finish. 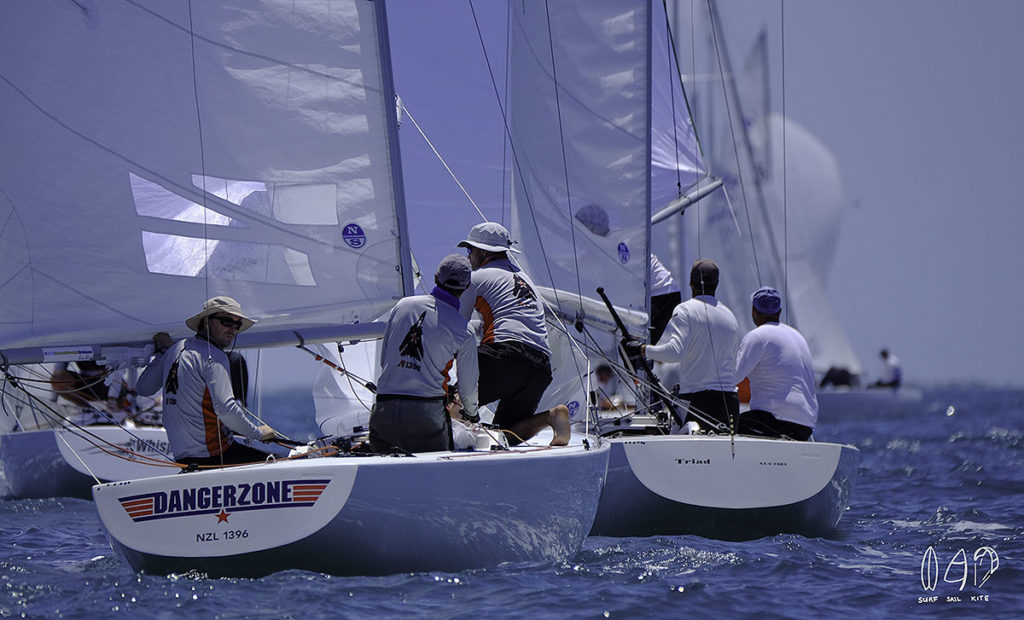 A leg shortening had been predicted, but it ended up being a change to 045, as the Nor’easter continued to hold sway. William Voermann, Lucas Down and Gary van Lunteren on ‘Triad’ took out this race.

“It was great and a good race, too”, said Voermann.

Apart from nailing the shift to the left during racing, Voermann indicated that, “A good clean start, and a textbook race with fast boat speed were essential. We played the shifts as well, as there were a couple in the first half of the first work to windward. So we stayed in phase, and kept mostly to the middle, and ultimately it opened up for us. The tide also dragged us up to the weather mark, as it began to ebb.”

“Downwind we worked hard, and on the second run, one of those boats that was ahead of us gybed away, which ended up costing them dearly. Almost everyone chose the Eastern gate at the leeward gate, and we were there by design, for we had a forecast that said it would go back to the left even more as the day wore on.”

In regards to collecting a bullet (first place) at a worlds and where to from there, Voermann simply said, “Who knows? We’ll just keep trucking along and learning.”

This is what he said to me when I made contact with him: “Good race, awesome breeze, went up the middle of the track. Brilliant team work, picked the shifts. Good start, textbook race.”

Pushed further hae said: I think we should keep going and try and beat these guys, we not that far off the pace. A little more time and some extra experience will get us to the top, I reckon. Nice to end a regatta on a win. Means we have it in us, ability is there, experience is what will get us to the top. Amazing thing about sailing, the older you get the wiser you become! Or in my case the more patient you become.” 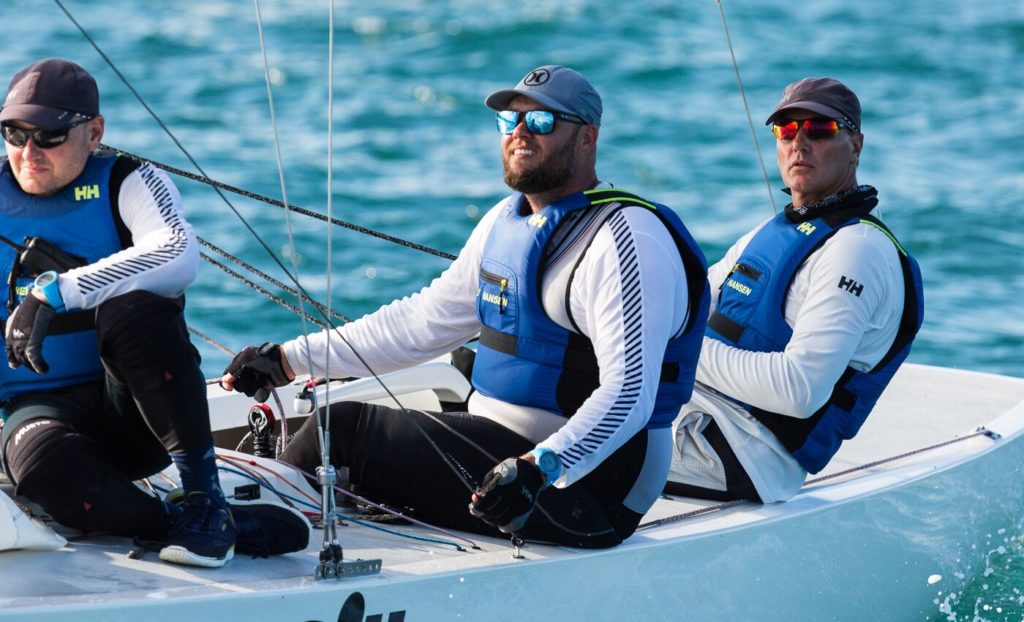 William Voermann and his crew of Lucas Down and Gary Van Lunteren.

Now there’s the killer instinct we know William to have in bucket loads.

For those just following this now, the Etchells Worlds attracts some of the very best sailors the world from America’s Cup winners to Olympic medalists, class world champions and even some Whitbread and Volvo Ocean Race winners too. So Voermann and his team put in an exceptional performance to finish 10th overall in a hot fleet of over 90 boats.

Despite being a former “Japie” I know that all South Africans will embrace his performance as “one for us” and not for his newly adopted country, Australia.