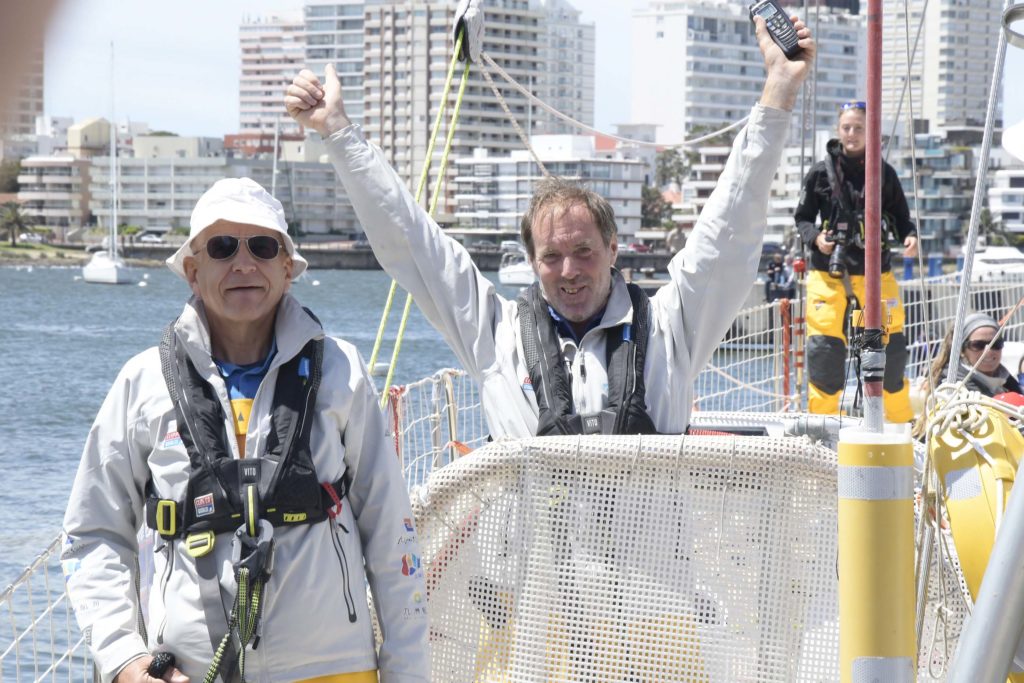 Nick Leggatt – hamming it up for the cameras at the start of the leg to Cape Town?

The headline states quite clearly that it’s a showdown, but between whom?

My guess is that the real showdown will be between Nick Leggatt leading ‘Zhuhai’ and David ‘Wavy’ Immelman leading ‘GoToBermuda’. But there are some serious punters out there who are at the top of the leader board, and who will do anything to stay there – so it’s going to be a full-on fight to the finish line in Cape Town at the end of the first week in November (approximately 7 & 11 November 2019), with an added mouth-watering duel between Leggatt and Immelman. 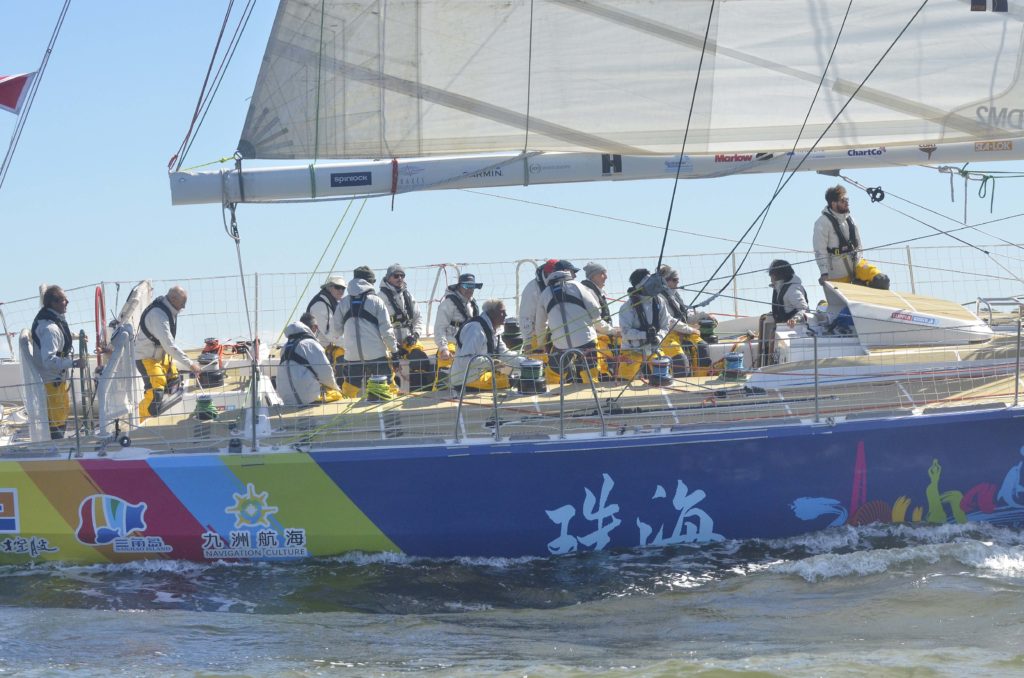 Zhuhai with Nick Leggatt as skipper.

Approximately 3,555 nautical miles and the South Atlantic Ocean is what lies ahead. Upon leaving South America, teams will encounter the trade winds and rolling swells as they head towards the Southern Ocean with Spinnakers flying. Big tactical decisions await. Heading south before turning east will be the longer route, but might offer consistent wind conditions. Heading east shaves off hundreds of miles, but could leave the yachts too close to the windless centre of the St Helena High (South Atlantic High). 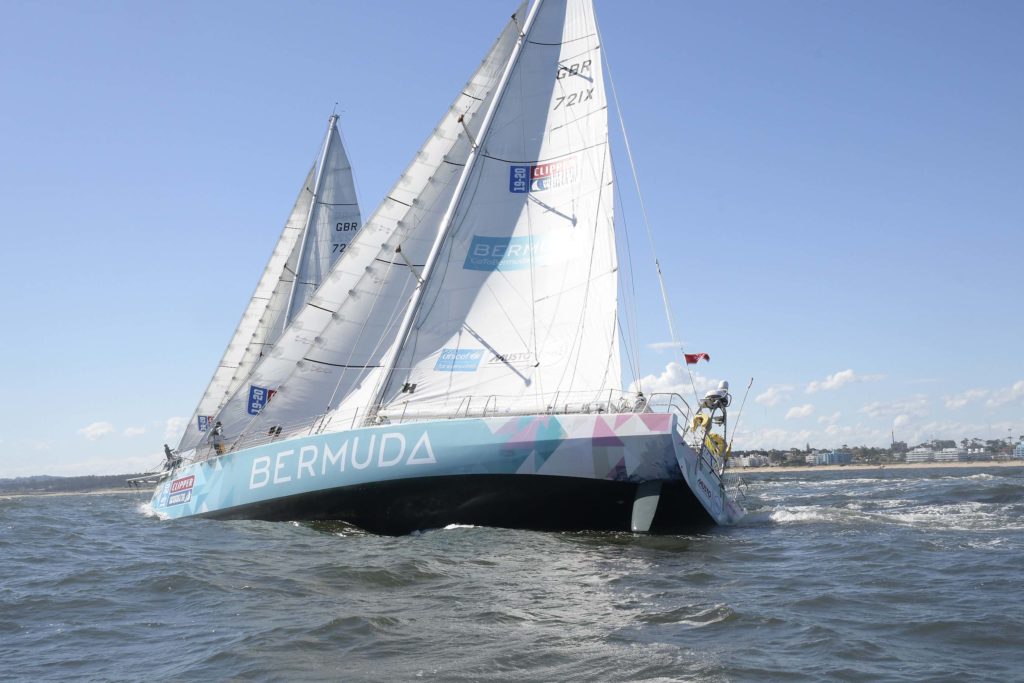 GoToBermuda with David Immelman as skipper.

Heading home for ‘GoToBermuda’ Skipper, David Immelman means being reunited with his little girls and the excitement is clear. As well as seeing his family he is enthusiastic about his crew experiencing the arrival into the Victoria and Alfred Waterfront with Table Mountain in sight.

He said: “I’m really proud of the city so it will be really nice for the crew to see the beautiful place I live. Taking the crew there is special, it’s awe-inspiring sailing in with Table Mountain as the backdrop. They will be blown away and it will be exciting for us. After crossing an ocean and having this amazing view, it is quite something, one of the natural wonders of the world.

There’s definitely competition between the two South African skippers – and all the fleet but we all get together and say well done at the end.”

And his top tip for anyone experiencing Cape Town for the first time is “to get up Table Mountain, it is one of the most spectacular things you can do in your life.”

Nick Leggatt, Zhuhai Skipper said: “I am very excited about sailing into my home port, particularly as the reception will be great getting there ahead of Wavy! It’s definitely a race between us and we’ll be watching each other closely. We’ve spent many years sailing against each other, so yes, we’re friends but… it’s a race.”

Did anyone expect any more from Nick Leggatt?