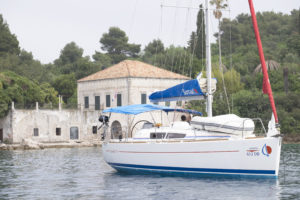 Follow in the footsteps of famous explorers and discover Sunsail’s newest flotilla route in Korčula, Croatia, available to book now for the summer of 2018.

The ancient Greeks dubbed Korčula ‘The Black Island’ because of its dense, dark forests, and it remains one of the greenest islands in the Adriatic. Korčula Town is a medieval walled city that was occupied by the Venetians for 800 years from the tenth century onwards, leaving their distinctive mark on the culture and architecture of the city. The city is famous as the birthplace of Marco Polo, and for its traditional Moreska sword dance, which is performed weekly during the summer months.

Sunsail’s new Korčula flotilla allows you to set sail from the Ombla River and plot a line-of-sight course for the striking islands of the Dubrovnik-Neretva county, while gliding through deep, clear 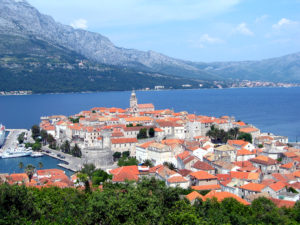 blue water. This flotilla showcases the magnificent beauty and unique tidal lakes of Mljet National Park, but still allows for time to catch the sun on Lumbarda beach. The revised route also adds the stunning waterfront town of Ston, home to the second-longest defensive wall ever built, and the amazing Ston salt flats, the oldest in Europe. Famous for cultivating seashells and oysters, Ston is a great place to pause and watch the world go by.

Lucy Black, Head of Marketing at Sunsail, comments on the new flotilla, “We’re thrilled to reveal the latest updates to our most popular Dubrovnik flotilla. The Korčula route creates an accessible and exciting adventure, perfect for first time sailors and experienced skippers alike. The varied sailing conditions provide an exciting challenge for the more skilled sailors, while the fixed itinerary and support of the lead crew takes the hassle away for the less experienced sailors. Beginners can also hire a Sunsail skipper to sail them from A to B carefree!”

Sunsail flotillas offer the perfect balance of independence and sociability, with support and guidance available whenever you need it. Cruise with up to 12 other boats and a Sunsail lead boat, with a mechanic, skipper, and hostess on board for support and guidance 24/7. Sailing on a flotilla is an easy way to enjoy a sailing holiday, with a set itinerary and daily briefings. Non-sailors can hire a skipper to get them where they need to be.