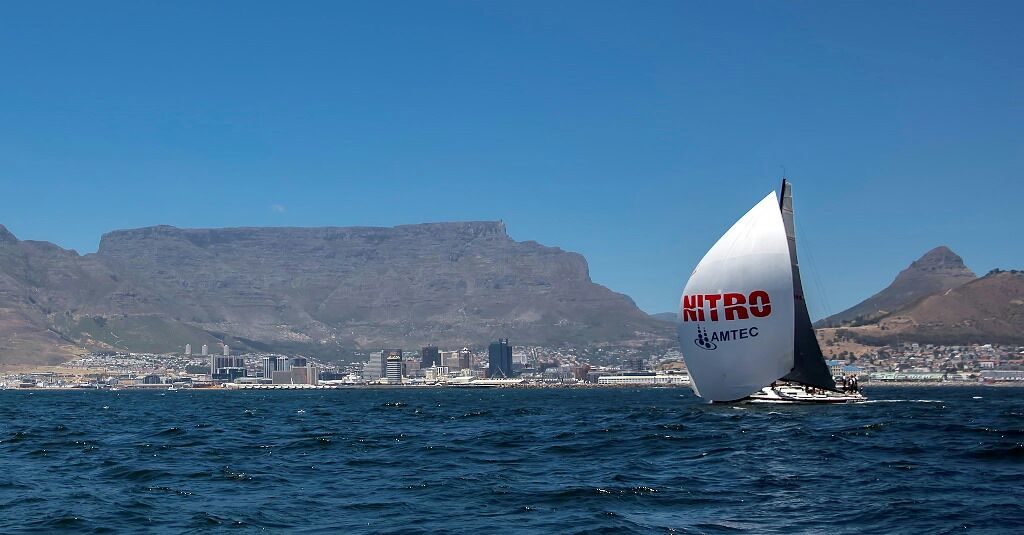 One of the country’s most popular sailing events due to start on Saturday 16 December, with a warm-up twilight race happening on Friday evening 15 December.

Owing to its position surrounded by the ocean, Cape Town sees some fantastic water sport events happening throughout the year – but the December summer sun seems to lend everything that happens on the water a touch of extra sexiness. Locals and tourists are drawn to our shores every summer to taste some of the magic of our version of the festive season.

The sport of sailing is no exception. Just before the racing calendar takes a bit of a break over Christmas and New Year’s Eve, one of the annual highlights takes place.

Cape Town Race Week, an end-of-year regatta run by the Royal Cape Yacht Club in Table Bay Harbour, started out in 1974 as Rothman’s Week. Since then, it has undergone several name and format changes, the most recent one being in 2015, all the while attracting some of the best professional sailors from SA. A recent trend is that more and more international sailors have become aware of this event and are adding the regatta to their calendars, while the sailing season in Europe and North America comes to a wintery halt.

With 33 yacht entries, the 2017 edition of Cape Town Race Week (presented by the RCYC in partnership with the software company SAP) will be seeing some exciting sailing and tight competition amongst the best of the best. The action will be visible from vantage points all around Table Bay this ‘long’ weekend, and since some extremely large yachts are taking part, the fleet of boats is set to be quite a magnificent spectacle.

The winner of this regatta will be established on Tuesday evening, 19 December, with the newly launched sailing lifestyle magazine Sail and Leisure, as well as Krone Borealis, adding some fabulous flavour to the prizegiving ceremonies.