Cape to Rio 2020. What a Gutsy Performance 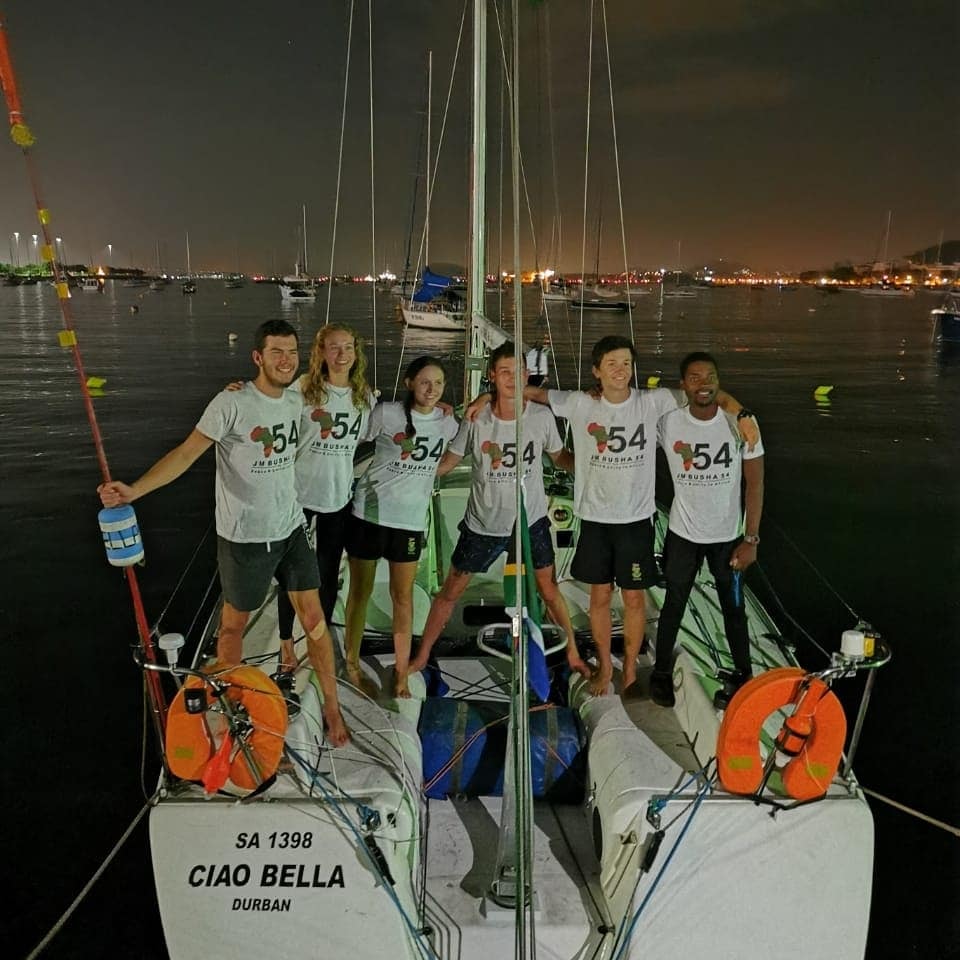 The ‘JM Busha 54′ team have just completed one of the most gutsy Cape to Rio races that I can recall. They finished in the early hours of this morning in Rio, about 06h15 local time, and were 3rd boat over the finish line and the first monohull to complete the course.

This youthful team set the race alight from the start line, and never looked back as they sailed hard and fast all the way, despite having to sail a long way north in the first 10 days to find some wind. They always had good speed, and were always able to put good miles on the clock day in and day out for 23 days and 16 hours. They appeared to have a plan from the outset, and stuck to it, despite it taking them through the eye of a massive storm – yet they hung in and pushed on like seasoned sea dogs.

Their communications from the boat were always wonderful to read, were well written, informative and with a touch of humour too. Great stuff guys and girls.

For me though, I just wonder if the organisers did not goof by setting the monohulls off in two separate divisions, yet handicap them overall in the race together. The fleet that sailed first sailed a completely different course to those who started a week later – simply because the first start fleet had no option but to go northwards, while the second start fleet were able to sail a more southerly course.

The above is clearly illustrated by info from the YB Tracker which shows that ‘JM Busha 54′ sailed 4054nm, while the next boat to finish, ‘Haspa Hamburg’ (second fleet start), sailed just 3550nm – with those 500-plus miles being the difference between ‘JM Busha 54′ being a podium finisher or an also ran in terms of overall handicap.

That aside, whether the ‘JM Busha 54′ team win any silverware or not, and irrespective of their final overall position, they sailed like winners, and seasoned sea dogs too, and can be extremely proud and pleased with their performance.

At the 10h00 YB Tracker update this morning ‘Haspa Hamburg’ had just 2.7nm to go to finish, with ‘Mussulo’ another 20nm behind.

On handicap, ‘JM Busha 54′ heads the fleet, but expect her to be knocked off that spot as soon as ‘Mussulo’ finishes. ‘Saravah’ is in 3rd, with ‘Ballyhoo Too’ in 4th after a very short-lived placing on the podium. Of interest is that ‘Ballyhoo Too’ is just 5 minutes ahead of ‘Zulu Girl’ on corrected time overall – so these two have a real battle on their hands.

The fleet is lining up to finish, and for those looking podium spots, there is no time like the present to sail their trusty steeds as if they stole them!