Cape 31. Being Put to its First Real Test 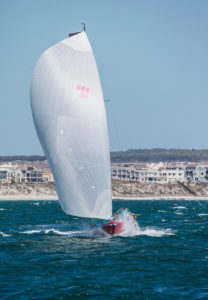 The Cape 31 Powering across Langebaan.

Much was written and has been said about the Cape 31 project this year, although all has been relatively quiet since the launch of the first boat.

That silence is not a bad thing as it has given the designer, builders and all involved in this project, time to sail the boat and make changes and improvements where necessary to make it the super-slick, super-fast and super-slippery boat everyone is expecting. 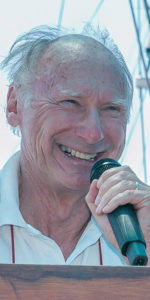 Plus it has given those tasked with writing the strict one-design rules to get the job done correctly up front.

That aside, this weekend sees the first real event where several of these stunning boats will compete for the first time in anger in a Cape 31 one-design regatta. It’s a Volvo Ocean Race invitational event which happens from the V&A Waterfront. Racing takes place on Saturday and Sunday – and expect it to be fast and furious.

It’s going to be interesting to see just who shines, as one-design sailing has a recurring habit of showing up those who have simply not put in the time or preparation. 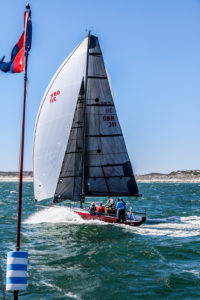 This is just the beginning of a class-building exercise as the Cape 31 is sure to rise to great heights as more boats get on the water, and traction from international interest becomes a reality.

Lord Irvine Laidlaw whose brainchild this project is, has funded it and steered it to ensure that the very latest, modern and up-to-date boat is available locally at a reasonable price.

He has also put a personal invitation out to his sailing mates worldwide to come to Cape Town in January and compete on chartered boats in two events.

Laidlaw in his personal invitation has described sailing on Table Bay as the finest sailing in the world. He entices them with warm weather and describes Cape Town as the most spectacular of cities.

All this is just the beginning of an exciting one-design class. The racing this weekend could well be the showcase event upon which the world judges this exciting boat. Bring it on!