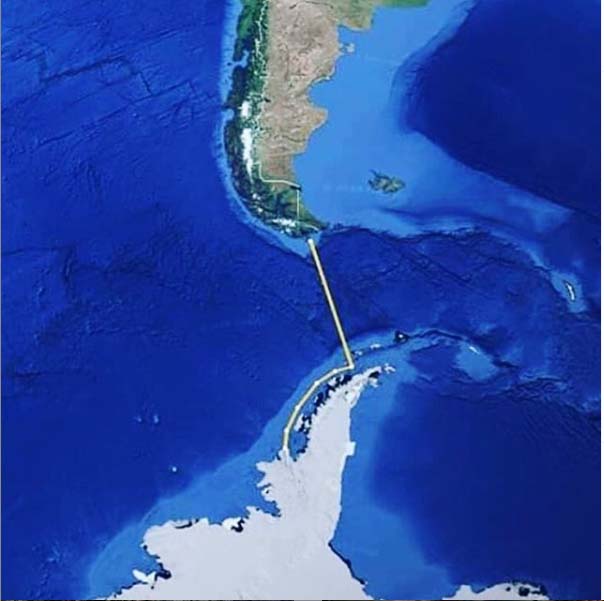 Cameron Bellamy, endurance athlete extraordinaire, recently known for his unprecedented open water swimming accomplishments is currently preparing for another “world first”. He will be part of a six-member team that will row 600 to 800 miles over twenty-one days across the notorious Drake Passage: a body of water thought to have the roughest and coldest waters on earth. The expedition has been dubbed “The Impossible Row”.

In the last few years Cameron Bellamy’s name has become synonymous with ultra-marathon swimming. Just two months ago the South African completed the longest channel swim ever when he swam a gruelling 151k from Barbados to St Lucia in 56 hours. Last year he completed the final swim of the “Oceans Seven” – the seven toughest channel swims on earth and became the first person ever to swim 90K around the island of Barbados. 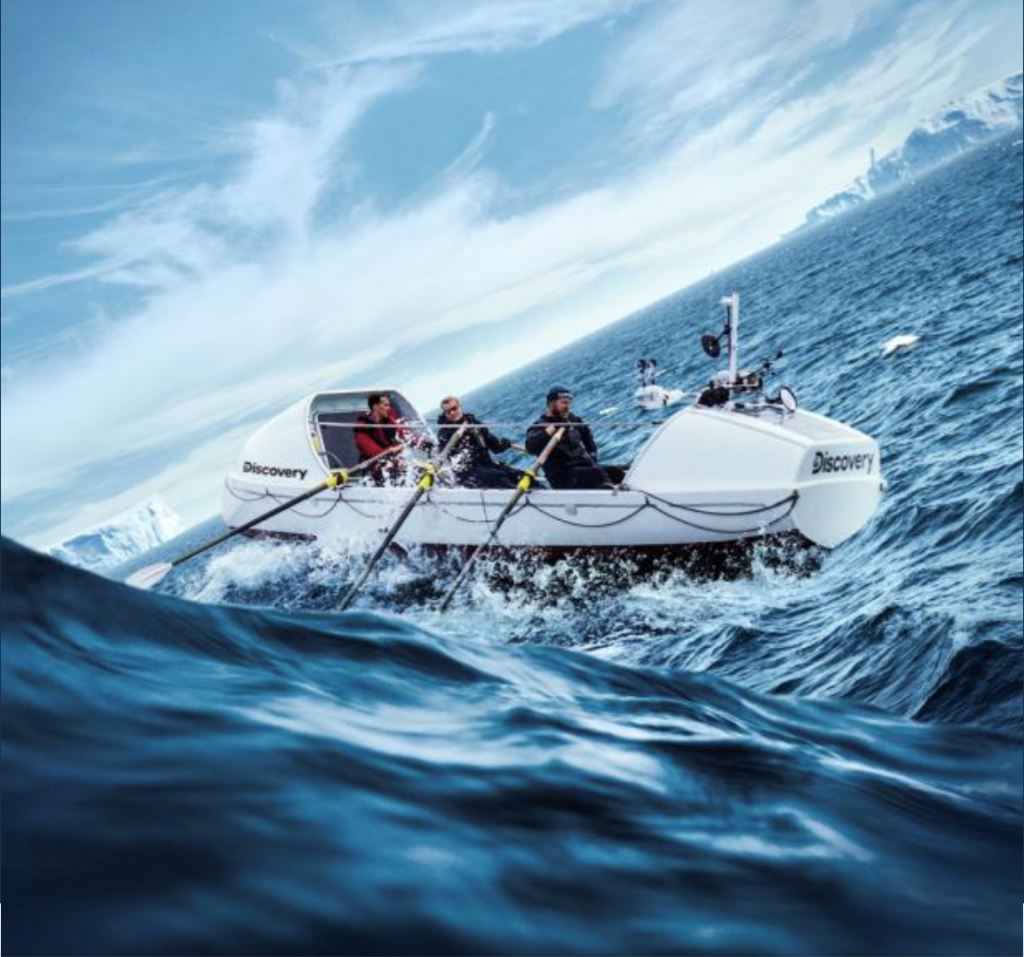 The upcoming rowing expedition planned for December will be led by Colin O’Brady, former professional triathlete turned explorer and known for his world first crossing of Antarctica last year and Fiann Paul, a career ocean rower and Captain of the boat. Paul was not only the first person to row four oceans, but also the first person to simultaneously hold records for the fastest row across all four major oceans. The other three members of the team are Andrew Towne, John Petersen and Jamie Douglas-Hamilton.

Many in the marathon swimming world are unaware that Bellamy was a passionate flat-water rower at high school and university and actually represented South Africa at the World U23 Rowing Championships (2003) and World Student Games (2004). Years later, in 2014, Bellamy rowed with a team, that included Douglas-Hamilton, across the Indian Ocean, from Geraldton, Australia to the Seychelles. The 57 day, 6270km journey was arduous and not without mishaps such as a run-in with pirates, a near-collision with a blue whale and a ferocious storm. The row across the Indian Ocean was named the longest ocean row by a team as well as the fastest crossing of the Ocean by rowing. 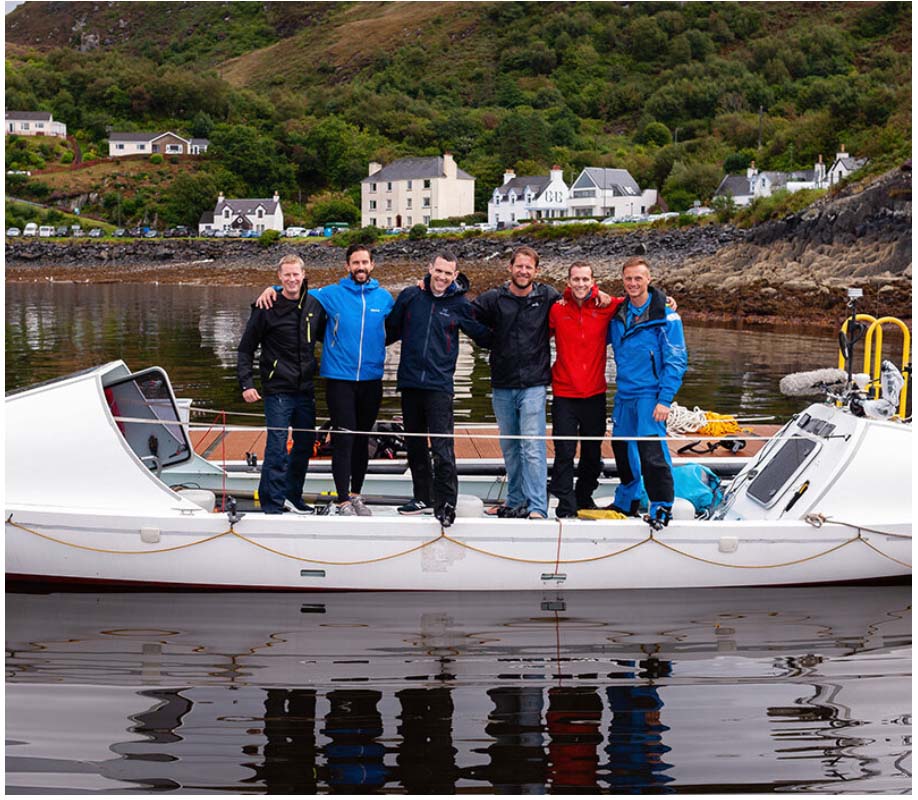 The Drake Passage, named after Sir Francis Drake, an English sea captain and explorer refers to the body of water between Cape Horn, on the southern tip of South America and Antarctica. Sir Francis discovered the route while circumnavigating the globe between 1577 and 1580, thereby discovering that ships could sail between the Atlantic and Pacific Oceans. It’s the meeting of these oceans in the Passage that causes enormous eddies to be created which will present a huge challenge for the daring rowing crew.

In the old days of wooden sail boats, no modern navigation technology or weather forecasts the Passage earned the title of “a sailors’ graveyard”. The opening of the Panama Canal in 1914 was literally a saving grace as it greatly reduced the number of boats needing to round Cape Horn and face the treacherous surrounding waters.

When Bellamy and the rest of the team set out on December 9, taking advantage of the Antarctic summer, their aim will be to become the first to successfully row a boat only utilizing human power across the Passage. Back in 1988, American Ned Gillette and a three-person crew completed a hybrid crossing from Cape Horn to the outer islands of the Antarctic peninsula by rowing with the aid of a sailing mast. The crossing was featured in a 1989 issue of National Geographic.

The plan for the six men on “The Impossible Row” is to row twenty-four hours a day, in 90-minute shifts, for an estimated 21 days. As recently stated by O’Brady and reported by the New York Times the craft will be a typical ocean rowing boat, 25 feet long and about four feet wide. There will be some custom elements for the cold, like reinforced hatches and extra sealing. However, the quarters will be confined. At any given time, three men will be rowing with two oars each and the others will be in the tiny cabins sleeping. They expect to use 90-minute shifts for the entirety of the crossing so effectively will be operating on limited sleep.

Says O’Brady who has conquered the Seven Summits and is quoted in the New York Times: “Drake Passage is infamous in the world of maritime travel, with the competing currents from the Atlantic, Pacific and Southern Oceans. Waves could surpass thirty feet and there could be icebergs. The biggest risk is fully capsizing and having your boat sink. In the worst storms, we will put out a sea anchor essentially a parachute; the currents fill up the parachute, and basically hold the boat in place. We jam ourselves into the cabins, which are watertight. The boat could flip and roll, but not sink … hopefully.”

The expedition will be documented in real time by Discovery Channel who will follow the rowers in a 120-foot boat and film the expedition for a documentary. They will not offer support, food or fuel and are only nearby for Antarctica permitting requirements, filming and emergency situations. The live content will be featured on Discovery.com/theimpossiblefirst website with a feature-length documentary to follow in 2020.

As in all of his adventures Bellamy’s aim will be to raise funds for the Ubunye Challenge, a charity he founded which supports early childhood education in South Africa and Zimbabwe.

About the Ubunye Challenge
Founded in 2011 by South African Cameron Bellamy, the charity focuses primarily on the provision of early childhood education in poor and isolated areas in South Africa and Zimbabwe.

Over the past eight years, the Ubunye Challenge, together with partners Ubunye Foundation and Vimba, has assisted in creating 16 new early childhood development sites in the rural Eastern Cape of South Africa. These sites now teach 350 children on a daily basis. Ubunye is currently fundraising to supply these 16 sites with access to the internet to assist with technology and computerized learning.

In Zimbabwe the Ubunye Challenge has constructed classroom blocks at Mapere Primary School, a severely over-populated school in the disadvantaged area of Concession and is currently funding a very ambitious project to build the first A-level school, Mwenje Secondary School, in the same area. This year Mwenje enrolled 100 students in forms 1 and 2. Ubunye has recently fundraised the amount needed for the construction of the 3rd and 4th Form classroom blocks which will enrol students in early 2020. 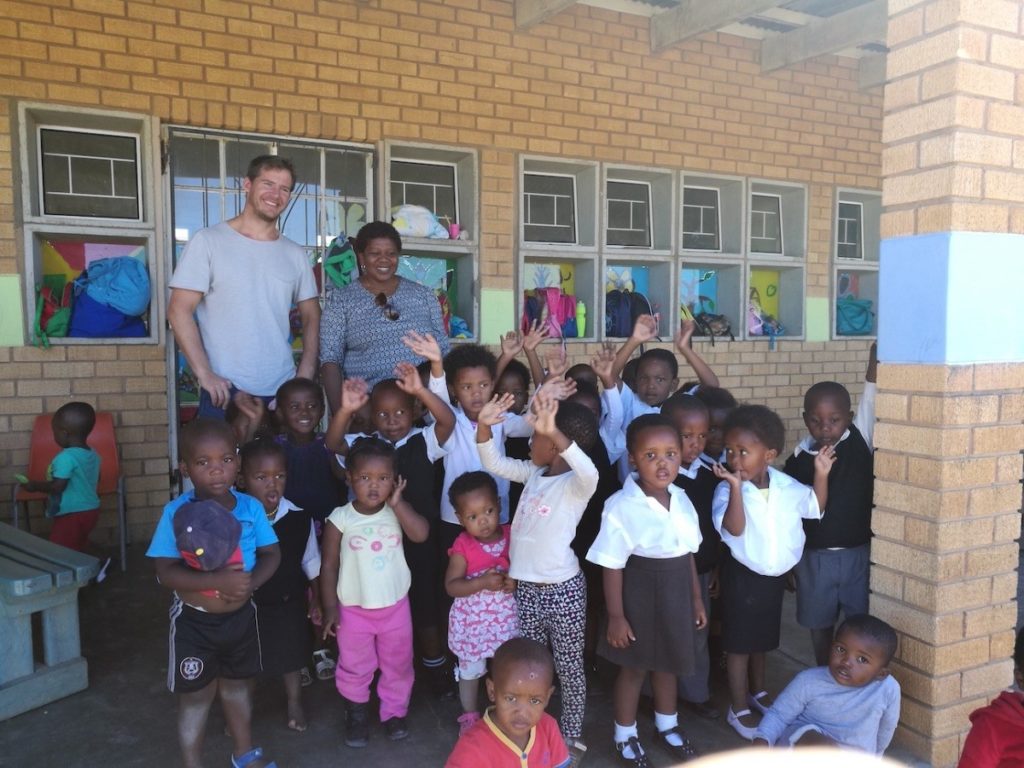