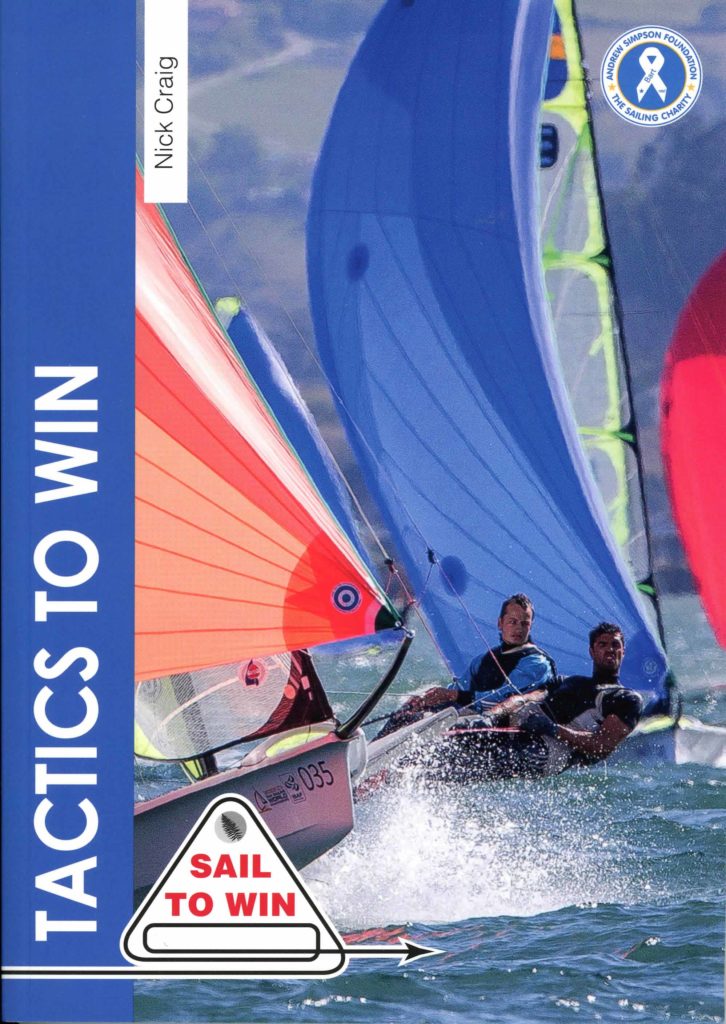 Tactics to Win
by Nick Craig
Published by Fernhurst Books

Gold medallist Saskia Clark writes in the Foreword to this book:
“Boatspeed is what most sailors concentrate on because, if you are faster than the other boats, you are going to win! However most top boats in a class go at pretty much the same speed, so sailing a shorter distance than your competitors, or in less disturbed wind or waves, are also vital ingredients to winning races. These are achieved by getting your strategy and tactics right.”

Saskia continues: “In this book, multi-championship winner, Nick Craig, tells you all you need to know about strategy and tactics.”

Nick Craig’s success in dinghy racing is the stuff of legend! To date he has won 52 World, European and National Championships. But Nick is not a professional sailor, benefiting from a top coach. He is a family man, with two young kids and a high-pressure full-time job.

How has he achieved his success? Nick makes sure he learns from every time he is on the water and every race. He carefully reviews each outing and stores away the information, putting it into effect the next time he sails.

This book comes from Nick’s careful and thorough analysis of what has worked and what hasn’t and through this book, you have access to this powerful knowledge in an easy-to-read format, backed up with over 200 photos and diagrams. But it is not just Nick you are learning from: he is not ashamed to learn from people he has sailed against, and so you are also benefiting from the likes of Ben Saxton, Stuart Bithell, Andy ‘Taxi’ Davis and Jim Hunt.

Throughout the book there are anecdotes from Nick’s sailing career. These go back to sailing Cadets in the 1980s to more recent experiences in D-Ones, OKs, Merlin Rockets and the Endeavour Trophy. Because of Nick’s amazing success in such a variety of classes he can cover tactics in single-handers, symmetric spinnaker boats and asymmetries and you know that it is championship winning advice in all of them!

To conclude, Saskia says: “From creating a strategy and race plan to tactics on each leg and at each mark, Nick covers it all in this excellent book. Reading it will improve your strategy and tactics and give you a better chance of winning.”

About the Author
Nick Craig is the ‘Champion of Champions’, having won the Endeavour Trophy six times. He has also won 35 National Championships, 5 European Championships and 12 World championships to date, in a variety of classes including the B14, D-One, Enterprise, Finn, Merlin Rocket, OK and Phantom. Remarkably he is not a professional sailor – all of this has been achieved alongside a full-time job.

His first book, Helming to Win was described as “a highly personal and radical, fresh view of the subject area”.