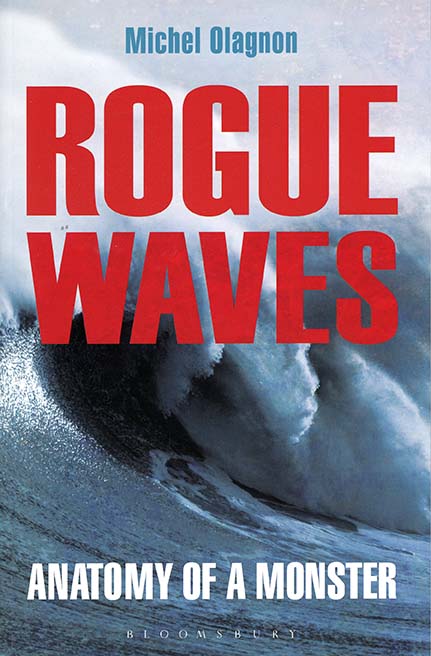 I have for many years now I have firmly believed that the term Rogue Wave is far preferable to that of Freak Wave. It’s simply because Rogue Waves do exist, that we have to be aware of them, and that there is nothing ‘freaky’ about them.

We now also have a pretty good idea as to how they are formed.

To quote from the book: “To be a true rogue wave, a wave must possess, in our opinion, that extra something that stuns even the expert and confounds his catalogue of ready-made explanations. The wave must reach and straddle the line between legend and reality.”

The interesting thing about rogue waves is that they are unpredictable and rarely seen, and most often doubted when they are reported.

In this fascinating book the author explores the science of wave creation, examining everything from tides to tsunamis, and explaining how storm surges and forecastable weather could impact on the birth of these killer waves.

He also reveals how the technology of the future, including satellites, could spot a rogue wave as soon as it appears. One day it may even be possible to predict them before they happen!

From a South African perspective, there are several references to the Agulhas Current, and various vessels which have been damaged or wreck along our coastline.

This is a fascinating novel that will appeal to most seafarers, especially those who may have experienced a rogue wave, or something close to it.