Book Review. Exposed. The Dark Side of the America’s Cup. 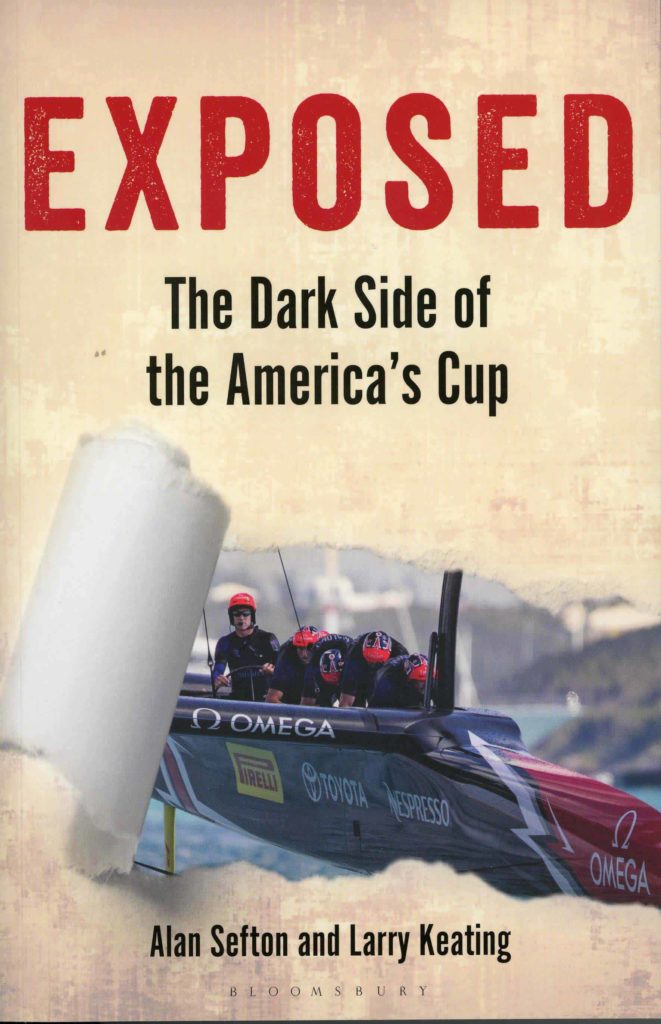 Exposed. The Dark Side of the America’s Cup.
By Alan Sefton and Larry Keating
Published by Bloomsbury

There has always been a massive amount of intrigue as to the real inner workings of the America’s Cup and the authors of this book exposes much of that.

Alan Sefton is a former yachting journalist and publisher who has been following and covering the America’s Cup since 1980.

Larry Keating built a strong interest in America’s Cup history for over 30 years, working at various levels in the media.

The America’s Cup has always been a hotbed of unbridled ambition, personal agendas, intrigue, spying and more recently, hard-fought court cases – and that’s before the boats even get out on the water to race.

This book lifts the lid on this unique contest for the oldest trophy in sport and on the powerful men who have made it ‘the toughest game in town’.

For some it has been they key to social advancement, for others it has opened important doors in the business and commercial world, and in some cases it has become a magnificent obsession.

It is the pinnacle of achievement in a sport that was once the domain of the wealthy, but which today has become fertile territory for a new breed of super-wealthy owners and sailing professionals who would change the event forever.

‘Exposed’ is a fascinating glimpse behind the scenes of one of the most compelling and controversial contests in the whole of sport.