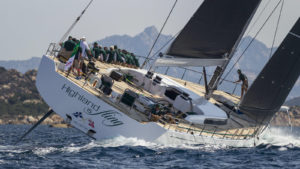 A Smattering of South Africans aboard Highland Fling 15.

There is South African interest as Lord Irvine Laidlaw will be competing on ‘Highland Fling 15‘ with a smattering of South Africans in the crew. Known to be amongst the crew are Mike Pammenter, Geoff Meek, Hylton Hale and Paul Standbridge.

Built by Finish shipyard Nautor’s Swan, this impressive yacht is more than capable of confronting the burden of regatta racing. The luxury design is the work of German Frers, giving a sophisticated look to the exterior. She has an LOA of 35 metres, and was launched in 2016. 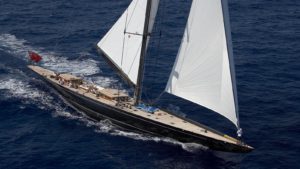 Lionheart
Lionheart successfully combines comfort and outstanding looks with breathtaking sailing. This 43.4 metre sailing yacht is an exceptional addition to the J Class fleet and has brought a new approach to many aspects of J Class design replication. She was built to a Hoek design at Claasen Jachtbouw. 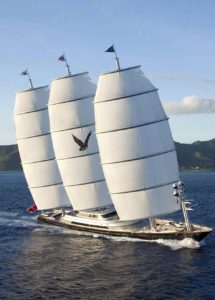 Maltese Falcon
Maltese Falcon is an iconic three-masted schooner built by Perini Navi and is one of the largest sailing yacht in the world at 88 metres. Her Falcon

Rig is made up of three unstayed, ‘weapons-grade’ carbon fibre masts, with a fully computerised sail and rotating mast system thanks to Perini Navi and Dykstra Naval Architects. The system has been dubbed a triumph of design, development and engineering and Maltese Falcon has topped an impressive 24 knots under sail. 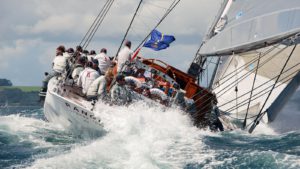 Ranger
Ranger is the first J Class yacht to be built since their heyday in the 1930s, and she is quite a yacht. Built by Danish Yachts in 2003, at 42 metres in length, Ranger was made as a replica of the J class yacht that won the 1937 America’s Cup, albeit with updated naval architecture by Dykstra Naval Architects. 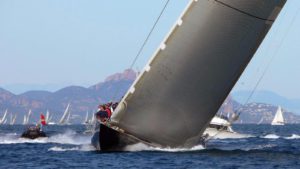 Velsheda
The classic sailing yacht Velsheda was launched in 1933 by Camper & Nicholsons, and designed by Charles Nicholson. Velsheda is widely regarded as one of the most beautiful classic yachts ever built, and has seen five refits so far, including two at Pendennis.

The exterior design is the work of Gerard Djikstra and her elegant lines have inspired many other J-Class yachts, such as Ranger and Lionheart.