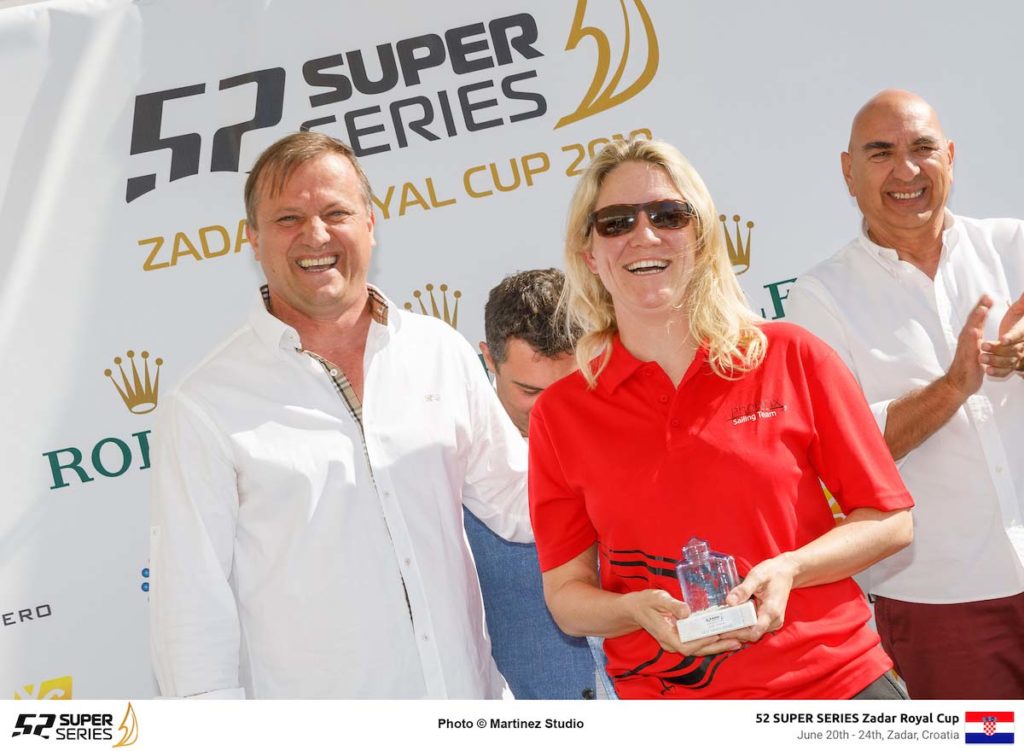 Tina Plattner, Ed Baird and the crew of 2018 52 SUPER SERIES debutants Phoenix gave themselves a fighting chance of winning the second circuit regatta of the season after delivering another consistent, low scoring day at the Zadar Royal Cup in Croatia on the penultimate day.

It was sadly not to be. If she had steered the new generation Botin design to overall victory and leave closest rivals Platoon and Luna Rossa in the shade, she would have marked a hatful of ‘firsts’, including:
• being the first female helm ever to win a TP52 circuit regatta
• the first helm to triumph at their first ever 52 SUPER SERIES regatta
• becoming the first ever South African team to win on the world’s leading grand prix circuit.

On that penultimate day Phoenix finished fourth in the first race of the day and then won the breezier race to put them at the head of the fleet as overall leaders by 3 points.

As she stepped ashore at the end of the day, Tina Plattner said: “There’ll be no more than two drinks and go to bed early tonight. We will take tomorrow the same as we’ve taken every other day. We’ll go out there, we’ll have fun, and just take it a race at a time.” 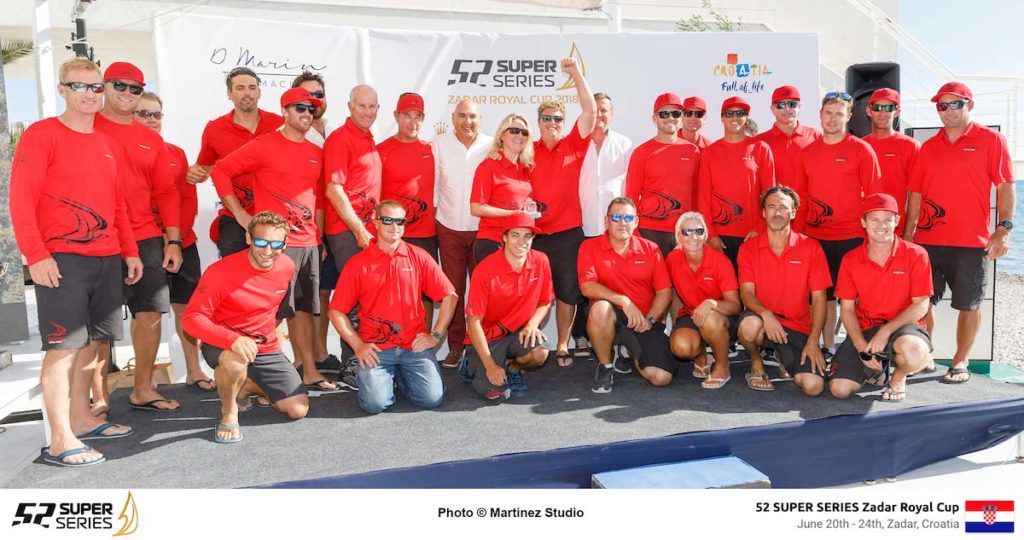 She also said that it was quite a daunting fleet to try to come and step into for the first time.

Of this new team competing in their first series Ed Baird their internationally renowned tactician, when asked how he helped to settle the driver’s butterflies, said: “That’s a matter of just making sure we’re ready for the situations that come up. We tried really hard in Palma and before this event here to just go through as many of the situations that we could and put Tina in the pressure positions and kept saying to her and the whole team ‘this whole sport is about making mistakes, we’re going to make mistakes, it’s just about making a few less than the other guys. You have to realise you can’t put the pressure on yourself to be perfect. It’s never going to happen. We’re not perfect at all, there’s lots of things we can do better, but we’re good enough at the moment to be doing well.” Baird was full of praise for this talented young lady during a quick Q&A on the penultimate day.

Why is it going so well?
Ed – Because Tina has listened, paid attention, learned, and is doing a fantastic job. Now on the race course and we have a great team behind her that’s making it work!

Tina – Ed makes some really good decisions, tells me where to go along with Paul (Willcox), it’s the team, we have a really good team on the boat, we just go out there and have fun and try anew every single time we go out.

What’s the hardest part out there, aside from minimising mistakes?
Tina – staying focussed for the whole hour of the race from the pre-start to the end, and never doubting that what I’m being told is the right thing, keep on looking at the sails and keep going forward and listening to Ed and Paul (Willcox) and trust them that what they’re telling me is what I’m meant to do. 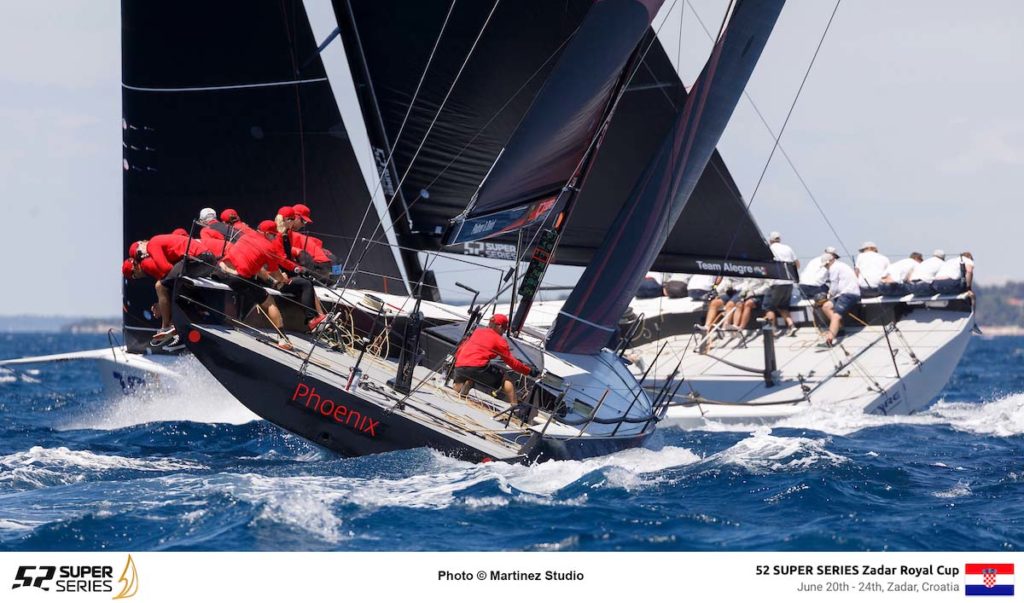 Glory for Tina and her team with a good smattering of South Africans was not to be as on the final day as Phoenix faltered in the regatta’s penultimate race, slumping to an unfortunate 11th and so breaking a chain of solid, consistent results which included two wins.

It was a bittersweet finale for Tina Plattner. To have come so close to a fairytale debut in the class may have left the Phoenix crew under Ed Baird smarting momentarily after crossing that finish line in 11th. But to their credit they immediately regrouped and recaptured their previous form. Not only did they finish with the huge satisfaction of second overall, holding off Sled on count back and crossing the last finish line ahead of rivals Luna Rossa, but helm Plattner made a text book lee bow tack on her rivals, racing neck and neck with Luna Rossa before they had to tack away.

“I made too many mistakes in the first race.” Acknowledged Baird, “But Tina did a fantastic job. And at that moment as Luna Rossa tacked away I reminded her they are an America’s Cup team and she smiled.”

Tina Plattner revealed: “When we came in on the boat today Ed said ‘Tina, when I saw you last Friday if I had told you you would have come second what would you have said?’ I said ‘I would have laughed or walked away or given you a little smack on the side and said ‘no way!’ It was definitely way beyond expectations. It’s been good fun it was an awesome fleet to sail in, there are some seriously good people out there.” 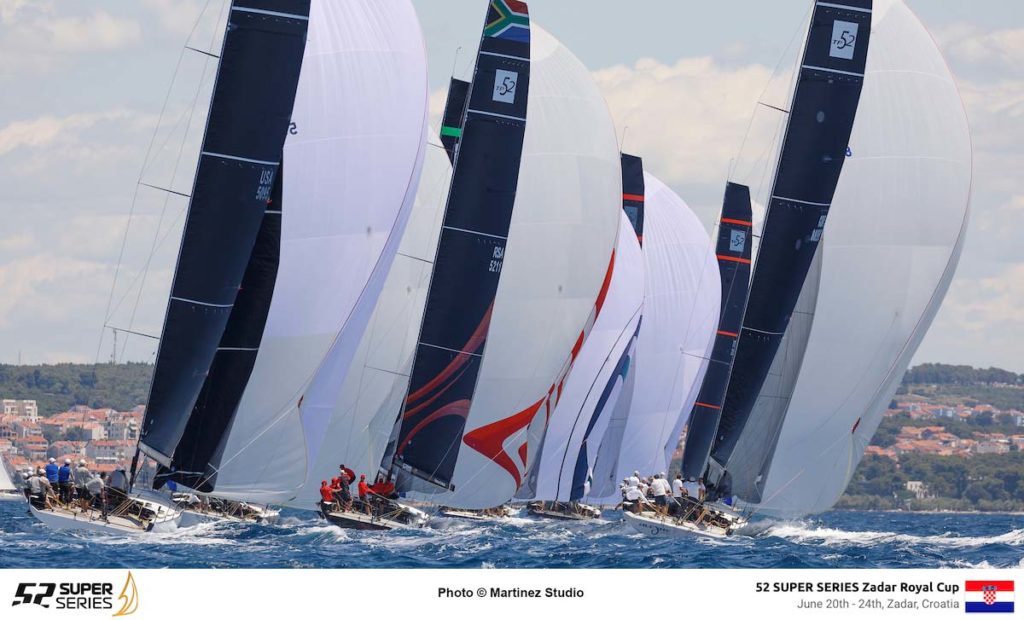