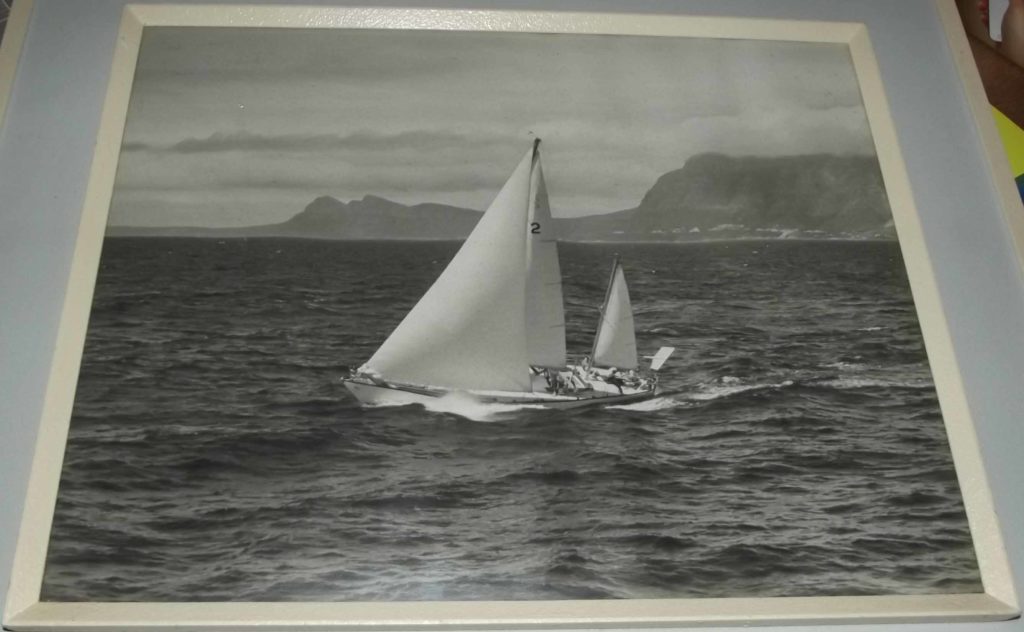 A very early pic of Voortrekker sailing after being launched.
pic from the Dudley Dix archive

The 1968 OSTAR race is still vivid in the minds of many who would be surprised to know that it is almost 50 years ago that the race set sail, and that sailing in South Africa was thrust onto the world stage by Bruce Dalling and his trusty steed ‘Voortrekker’.

1 June 1968 was the start of this epic race which was almost won by Bruce Dalling. It has been suggested over the years that had he protested, he would have won overall, but being a gentleman and true sportsman, he accepted the result and refused to lodge a protest.

Way back in 1966 a committee of Cape yachtsmen conceived the idea of entering a South African boat in the 1968 race. At their first meeting on 8 August 1966, the following were present:
Judge L van Vinsen
F Smithers
D Susman
B Lello
G Webb
R Hartman 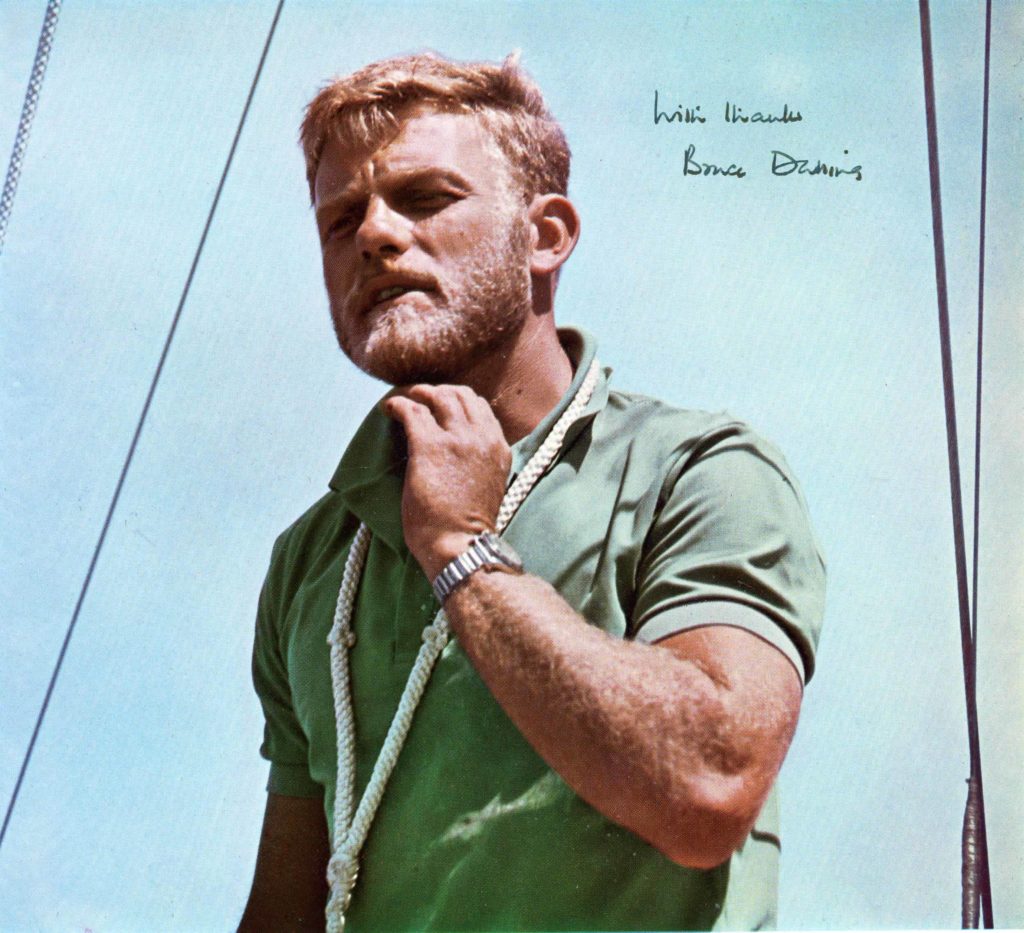 It was at this meeting they confirmed that E G van de Stadt would be the designer, and that R Hartman would be the builder. While chasing the paper trail of minutes, memorandums, telegrams and more, it became quite clear that along the way the issue of builder became something of a hot potato. Eventually Thesens in Knysna were awarded the contract to build the boat.

The issue of funding was also problematic, with funds coming in very late. Initially key people coerced their mates to contribute to the fund, as an overall and naming sponsor was proving to be difficult.

Indeed, at one point it looked like the project may collapse, or be postponed for four years, as funding was difficult. But close to crunch time Rembrandt came aboard and the boat was named ‘Voortrekker’.

After extensive trials, Bruce Dalling was appointed her skipper for the 1968 OSTAR.

The OSTAR, 1968
In 1968 the race featured the first use of computer-based weather routing which consisted of a land-based mainframe computer linked by radio to Geoffrey Williams in his boat ‘Sir Thomas Lipton’. This was a somewhat controversial move at the time.

Williams created another story by his use of the “shortcut” through the Nantucket Shoal. This dangerous route was supposed to be illegal, but due to an error the race instructions required skippers only to keep south of Nantucket, instead of Nantucket Light. Williams successfully navigated the treacherous route in a gale. Gales were a major feature of the race, with a large storm on the 11th of June, and Hurricane Brenda, both contributing to the large number of retired and abandoned boats. One casualty was Éric Tabarly, aboard his new trimaran ‘Pen Duick IV’, who collided with a cargo ship and sailed back to England with structural damage. Another was the first woman to have taken part, the West German Edith Baumann, aboard her 39-foot trimaran ‘Koala III’.

Although won by a monohull, this race saw the multihulls firmly established on the scene. Thirteen of the 35 boats entered were multihulls, led by the controversial proa ‘Cheers’.

Many observers felt that a proa was entirely unsuitable for ocean sailing, yet she made a fast time along the Azores route.

* Information on the above has been gleaned from a large amount of archive material I have on this project and what ultimately became the South African Ocean Racing Trust (SAORT).