49er Worlds. It’s NOT All Gloomy for Benji & Alex 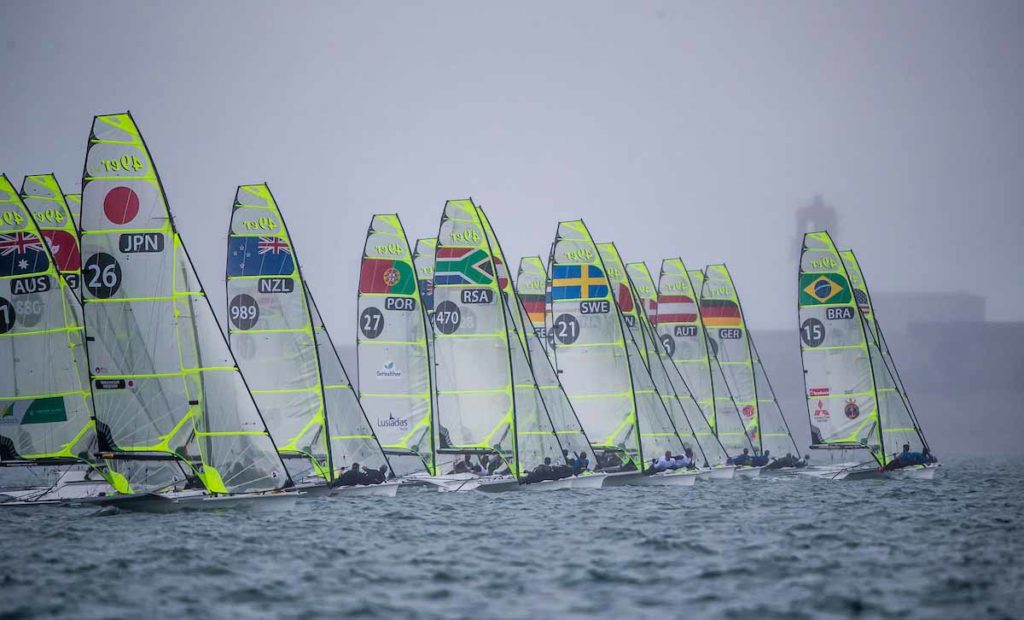 Our guys have had another tough and torrid regatta, and I am sure at times have thought about throwing in the towel, but they are fighters, with a goal of competing in the Tokyo Olympics later this year, and won’t give up easily.

As a result they are resolutely sticking to their goals, and taking the rough with the smooth, while at the same time learning a ton about how to sail a 49er fast, efficiently and into winning positions. Rome was not built in a day, something our guys know all too well, but they are putting all the building blocks in place during their early forays into the tough top level of 49er racing.

It’s worth noting that today Peter Burling and Blair Tuke won their 6th world 49er title. What prodigious talent these two have, and no doubt they too had a tough introduction to 49er sailing when rookies.

Our man on the water off Geelong, Alex Letinhan, sums up the overall performance of our RSA team now that the event has finished.

“The breeze was back on for the last two races of the regatta and the boys were hungry to hit out and achieve the big results they wanted in the bronze fleet, especially after being forced to wait the whole of yesterday, and then not race.

“Nothing would stand in their way, not even a capsize in the last minute of the start sequence. The patchy and blustery winds meant that it was impossible for them to control the whole fleet, but outside of some fluke takers (and one or two excellently sailed races), the guys kept the pace on all day and finished with a 5th and a 4th before being sent ashore for the last time.

“It was very cool to see them working through big piles ups and chaotic situations, and starting to show an edge over hardened veterans, despite their massive lack of experience.

“I’ve been with them for two events now, 2.5 months apart, and the 49er sailors they are today stand head and shoulders clear of the ones I met in Auckland those few months back. The overall results don’t yet reflect it, but start looking out for the odd “flash in the pan” moments in the near future as they become more familiar and confident, and take on board the lessons they’ve learned. Mark my words, these guys have got a lot of upward mobility ahead of them.”

What positive words from Alex, and what encouragement for Benji and Alex. Thanks for the updates Alex. 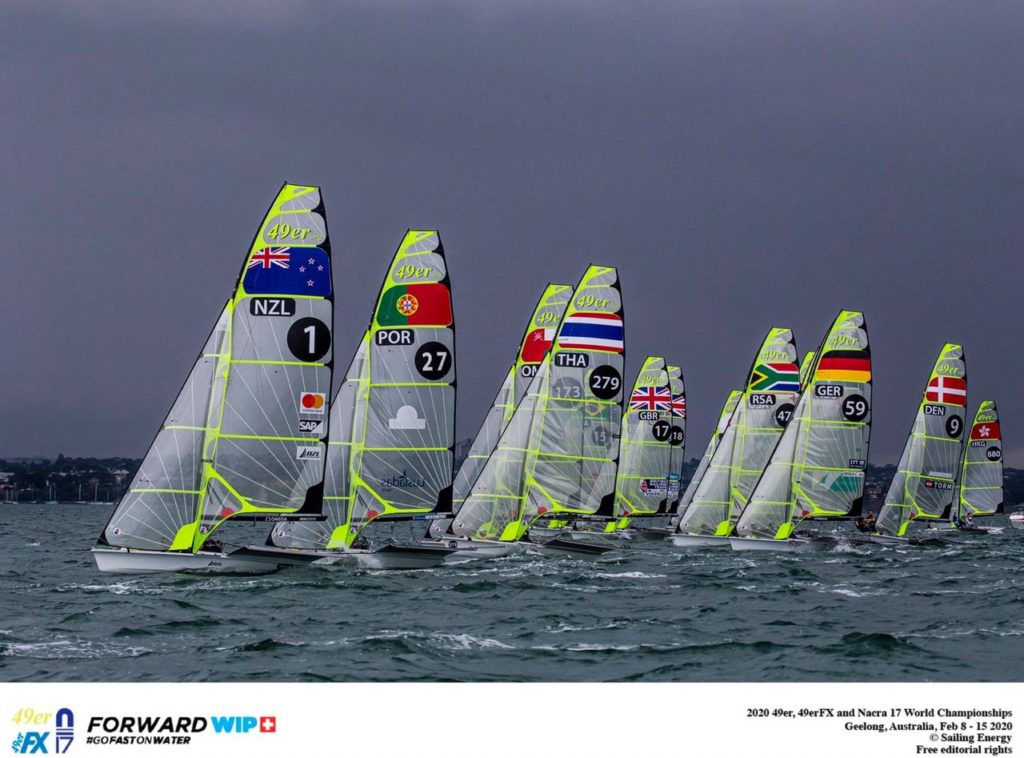