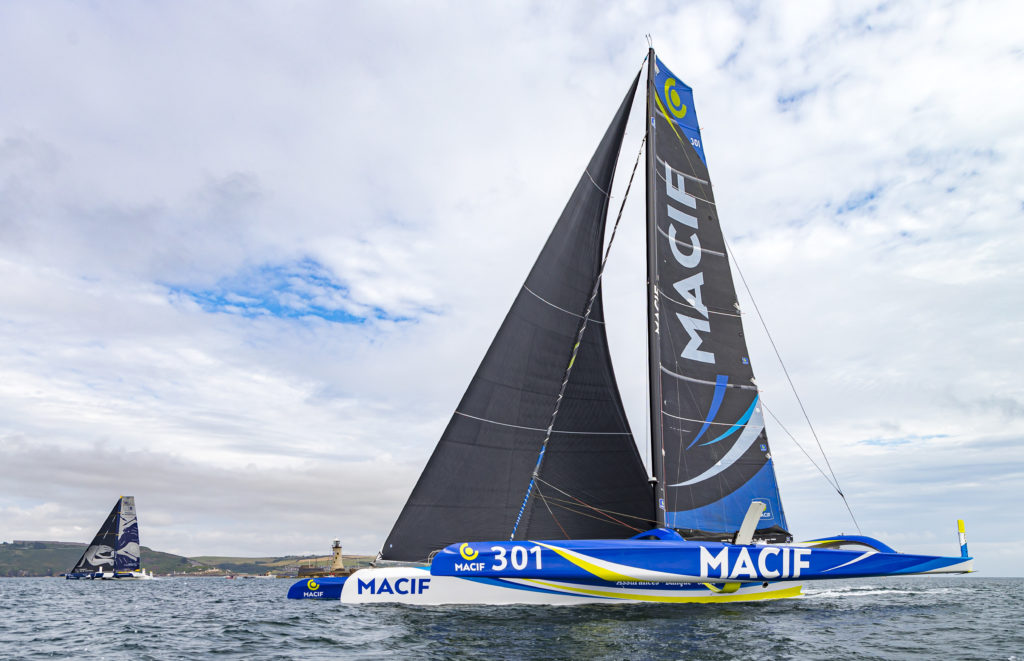 Macif and Edmond De Rothschild match race to the finish line, ending with a mere 58 seconds separating them.
Pic by Stefano Gattini/Rolex

The Rolex Fastnet Race is a legendary test of will for the sport of yachting’s best exponents. Despite trailing for the majority of the 605nm race, the French crew of Maxi ‘Edmond de Rothschild’ persevered to the very end, passing fellow Ultime, ‘Macif’, virtually on the line to win the Line Honours battle by 58 seconds. Completing the course in 1 day 4 hours 2 minutes, co-skippers Charles Caudrelier and Franck Cammas and their team eclipsed the previous race record by some four hours.

Out on the water, the contest continues with the leading monohulls, the American yachts ‘Rambler’ and ‘Wizard’ plus Hong Kong entry ‘Scallywag’, having all rounded the Fastnet Rock and are expected to finish sometime this morning. 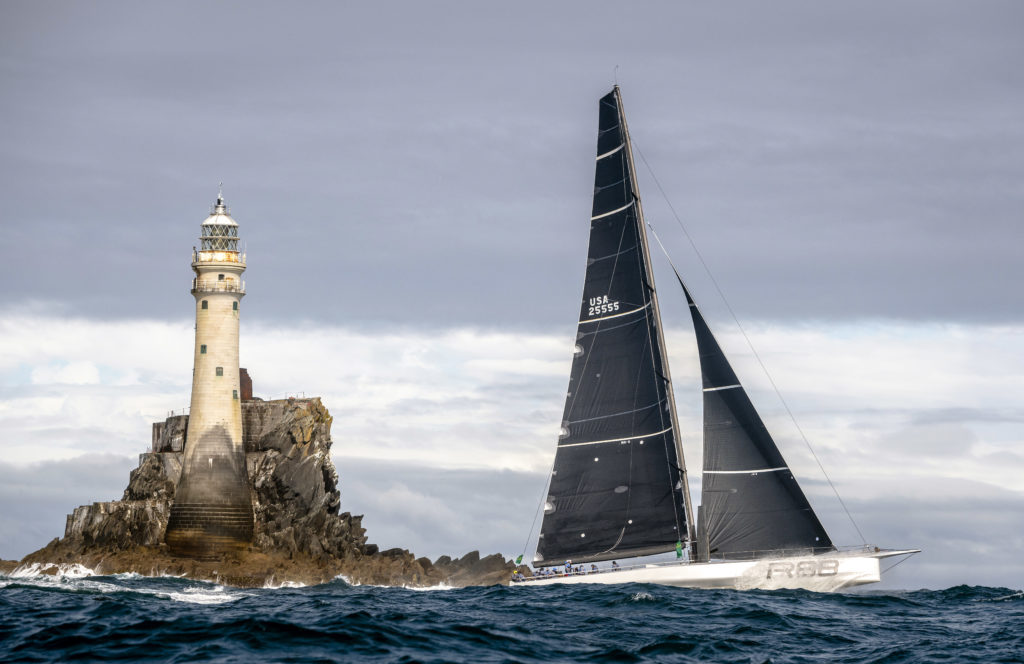 American yacht Rambler was the first monohull to round the Fastnet Rock.
pic by Kurt Arrigo/Rolex