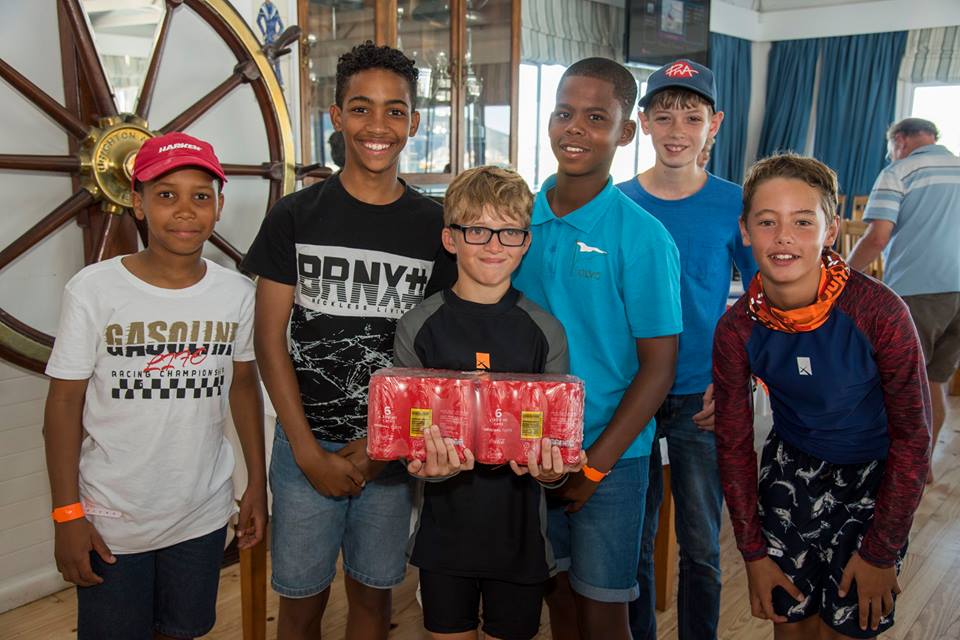 There was good support from the Eastern Cape at the 2019 Knysna Yacht Club Interclub Regatta, with 11 out of 26 dinghies and 6 out 12 catamarans, but just two of 13 juniors. Two Dart 18s came all the way from East London. George Lakes YC also fielded many in the senior and junior dinghies.

Three races were sailed in a light, patchy south westerly breeze on Saturday. With a high tide in the afternoon, currents weren’t such a factor. In the dinghy senior fleet, Georgou Divaris (KYC) won all 3 races, except he was OCS in race 1. In catamarans, Blaine Dodds was tied on points with Declan Nurse and Cameron Hills on a Tera was leading in the juniors. 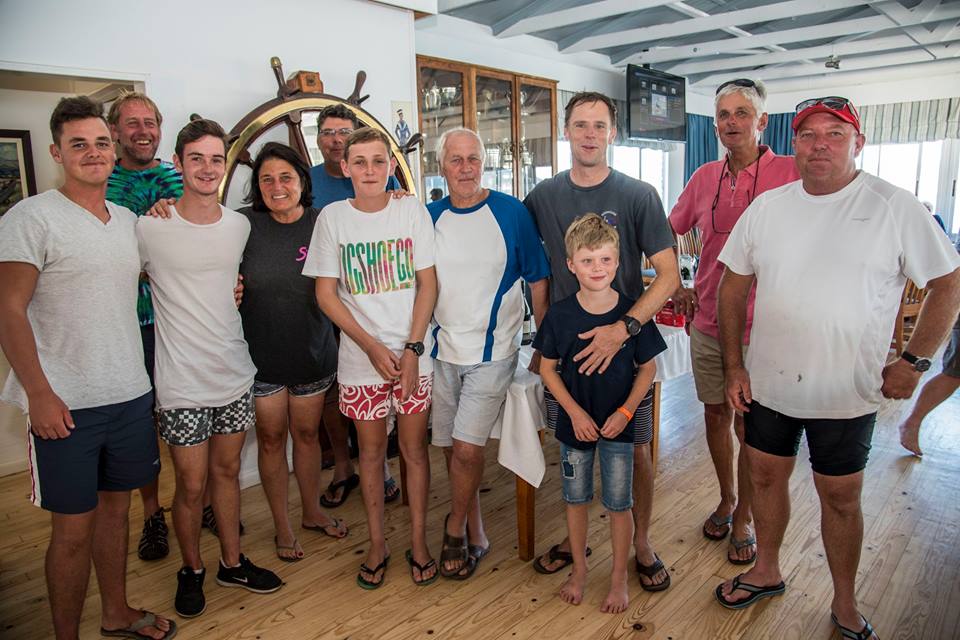 On Sunday morning, with a low tide, the traditional long haul race to the Heads and back was held. The wind was initially SW, but this faded on the way back, until it filled in from the south. Three more normal races were then sailed, permitting a discard (to Georgou’s relief). He won all the races on Sunday again to get a clean sheet of firsts to count. Jordan van Zyl (Laser – RYC) was second and GLYC’s Robyn Hellstrom on Laser Radial was third overall. Redhouse YC had the edge over GLYC to win the senior Inter Club Trophy – again.

Seven of the junior fleet were Optimists from GLYC. Sailing up front were the Tera Pro’s of Ashley Layland (MBYC) and Cameron Hills (RYC), but they had close competition on handicap against GLYC’s top Optimists, Kyle Koeries and Conrad Holm. Kyle won a race and Conrad also won a few to be first overall, with the Tera Pros of Ashley Layland second and Cameron Hills third. With the other clubs not having much depth in their teams, the GLYC junior team was once again the winners of the junior Inter Club Trophy. 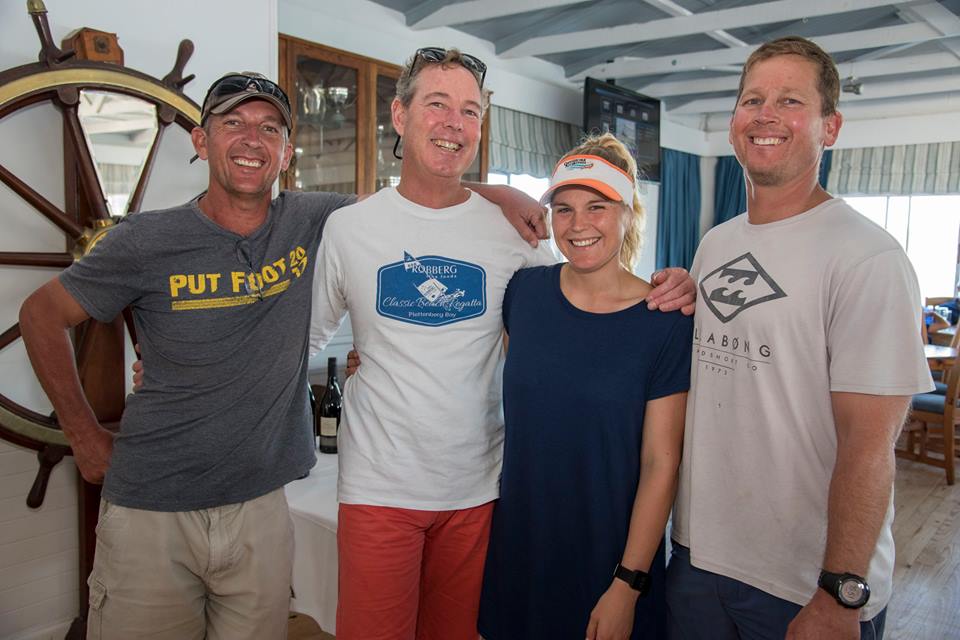 For once, Blaine Dodds wasn’t able to dominate the front end of the catamaran fleet, getting stiff competition from Andrew Ward, Andrew Bosworth and Declan Nurse. Declan and Adam Nurse were the most consistent, to end up as winners of this fleet, with Blaine & Samantha Dodds in second place and Andrew & Ashley Bosworth third. 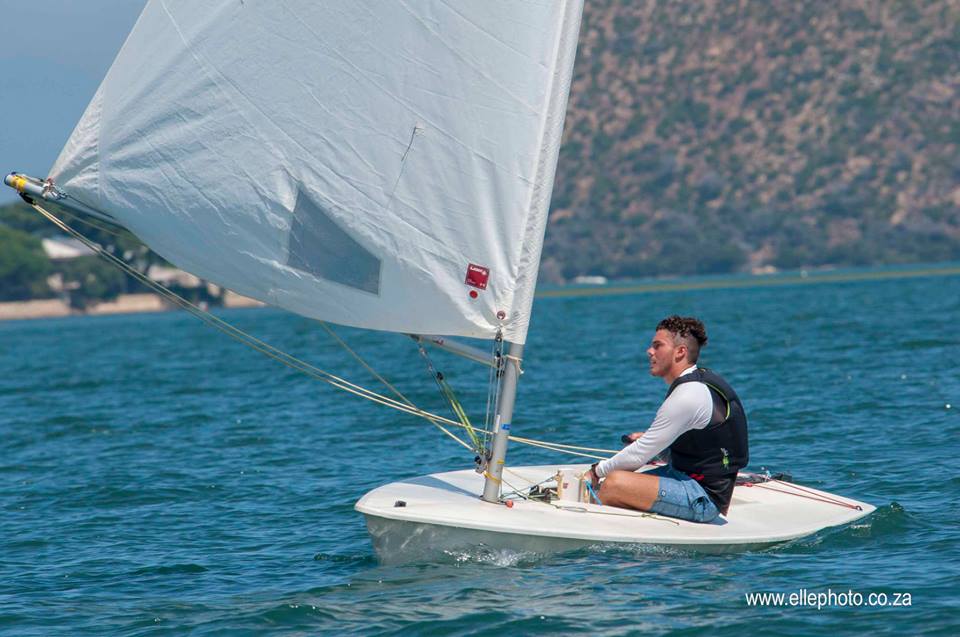 Georgou Divaris won all the races in the senior fleet. 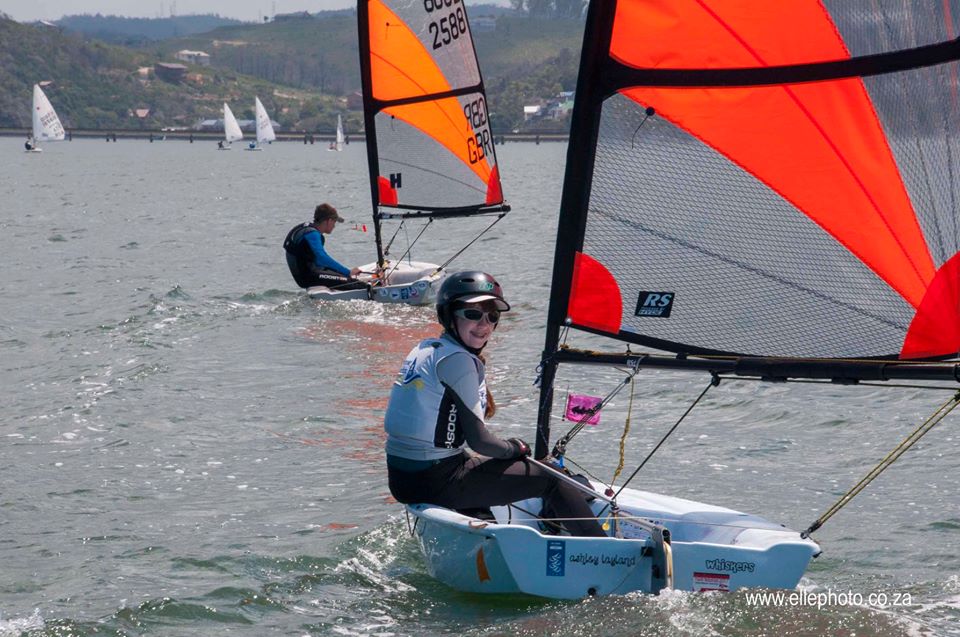 Ashley Layland with Cameron Hills up ahead on their Tera Pro’s. 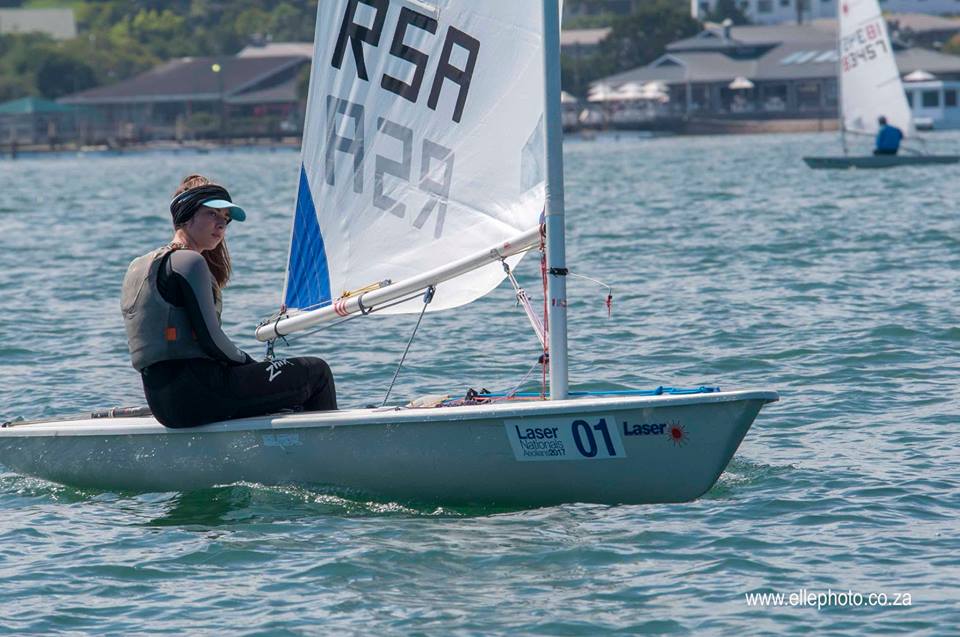 Robyn Hellstrom was third overall in the senior fleet.