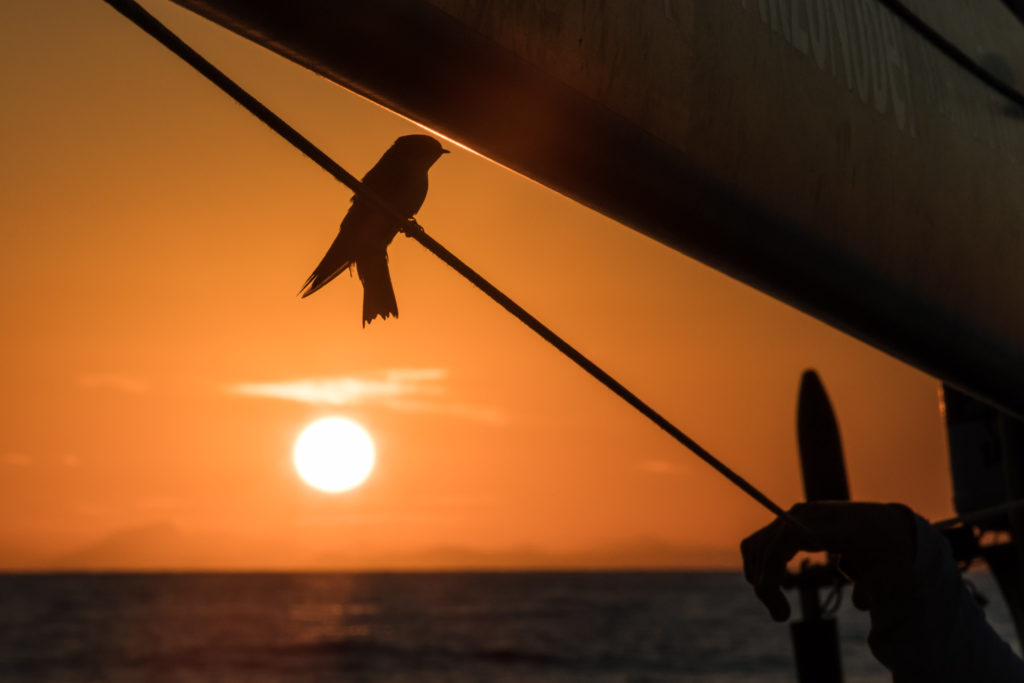 Turn the Tide on Plastic received a visitor at sunset.
pic by James Blake/Volvo Ocean Race

The Volvo Ocean Race fleet was punching due east on Monday as the sailors settled back into life at sea and faced a tricky opening night of unpredictable weather.

There was little chance for the sailors to acclimatise slowly as constant variations in wind direction and strength meant numerous sail changes.

“It’s very unstable – the wind’s up and down by ten knots, and 30 degrees left to right,” said team AkzoNobel skipper Simeon Tienpont. “We’ve got plenty going on above deck, that’s for sure.”

Onboard Turn the Tide on Plastic, skipper Dee Caffari welcomed the slightly more stable conditions that greeted the teams with sunrise. 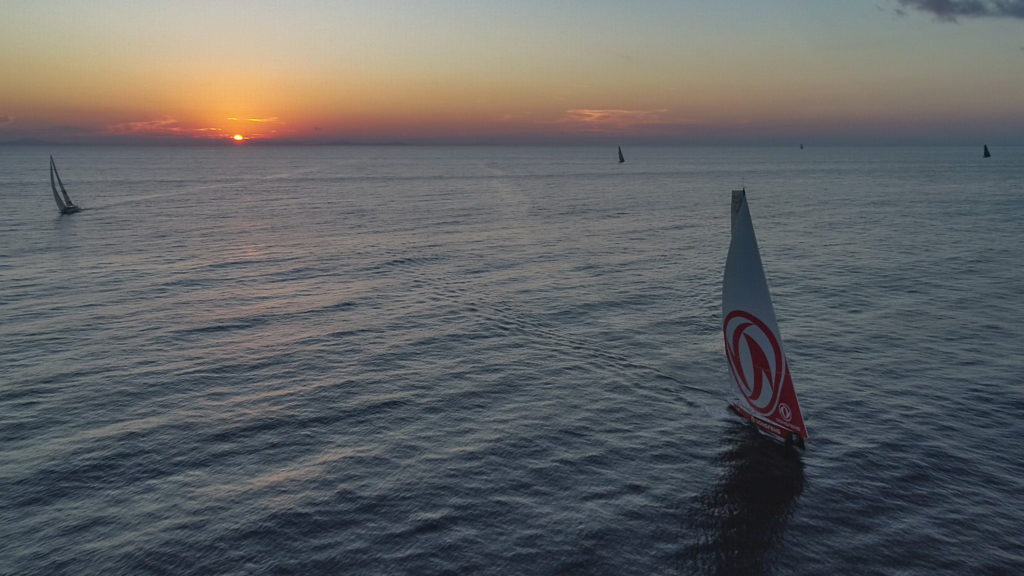 “The first night at sea is always interesting,” she said. “It takes a little while to get back into the routine and with all the boats so close together it can change the way you sail.

“Even now at first light we can all see everyone clearly and we are all on the same sail combination doing the same thing. We had a few clouds in the early hours resulting in some wind shifts, some changes in pressure and some rain, but now the skies all seem a bit more consistent.”

MAPFRE were the early leaders in the opening hours but Xabi Fernandez’s crew were reeled in after they got caught out by a cloud.

“We’re all good here after a tricky start,” Fernandez said. “Over the night we’ve had a little bit of action and we lost our position a little bit.” 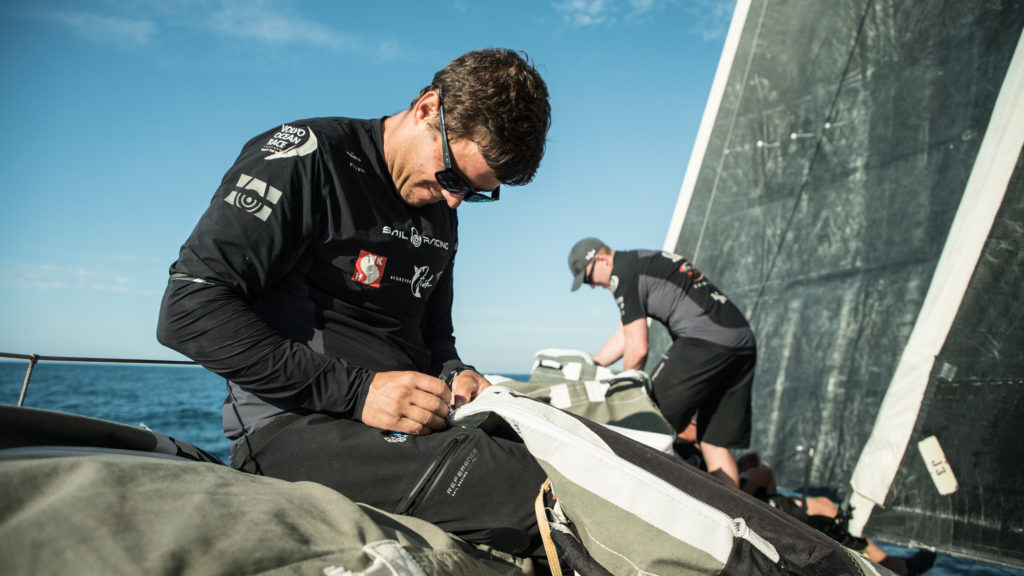 With just over 200 miles of the 5,700-mile leg ticked off, it was Turn the Tide on Plastic that topped the table, with Brunel in second and Scallywag, the most northerly boat, in third.

However the ranking is calculated to a series of waypoints without taking into account routing due to weather, and in reality less than five miles separate first to last place at this early stage.

While the Leg 8 finish line in Newport, USA, lies some 4,000 miles north, the teams are battling to get east as quickly as possible so they can hook into stronger breeze that will fire them around Brazil’s most easterly point.

Over the course of the day the breeze is forecast to weaken and shift to the right, forcing the teams into a tactical tacking battle as the sun sets. 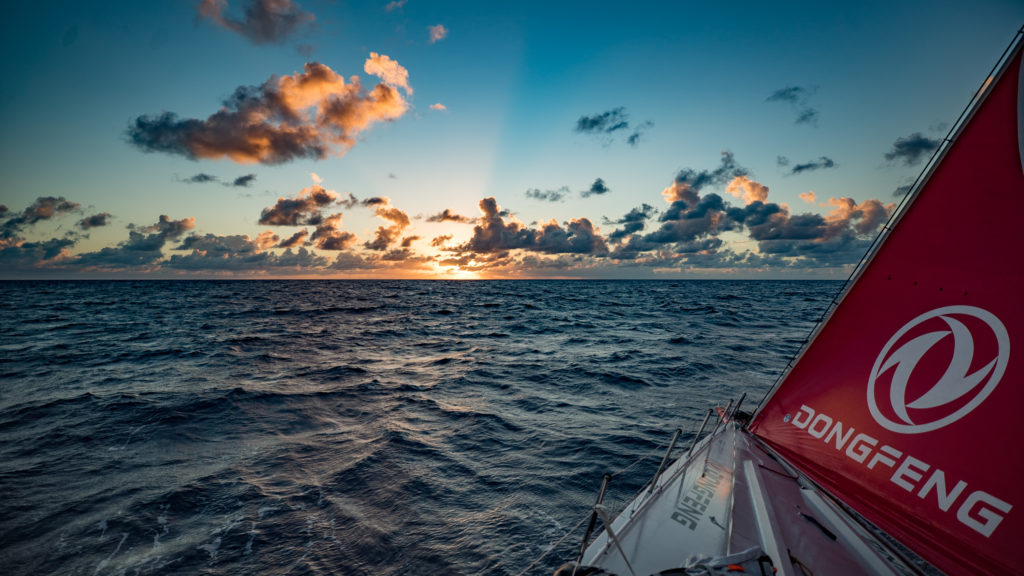 On board Dongfeng.
pic by Jeremie Lecaudey/Volvo Ocean Race