Youth Worlds. RSA Off to A Satisfactory Start

Light winds plagued the first day of racing resulting in some classes not even racing.

The RSA teams were on the water and the Laser Boys and Girls put in satisfactory results to finish in the top half of their fleets.

Isabella Wright’s 19 in the Girls Laser Radials was the best of the RSA teams, followed by Cullen Keytel who scored a 29th in the Boys Laser Radial.

The Nacra 15 multihull team of Liam Gunning and Stephanie Goodyer sailed 3 races but could not end better than being at the tail of the fleet in all 3 races. 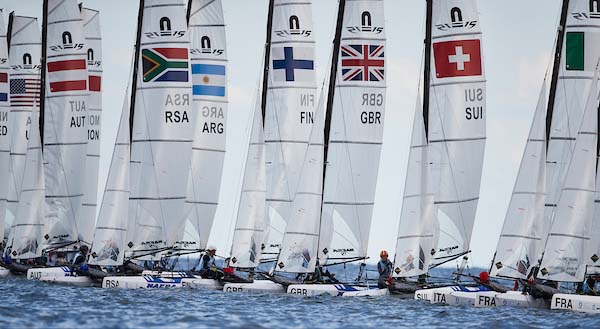