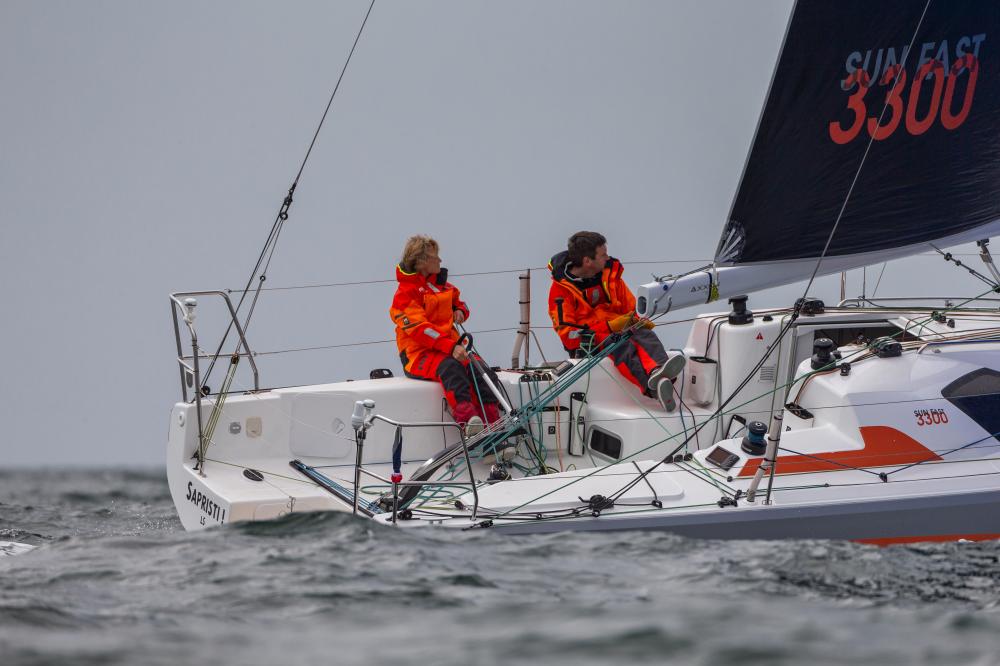 For the first time in sailing’s Olympic history, a Mixed Two Person Offshore Keelboat event will be on the programme at the Paris 2024 Olympic Sailing Competition.

The Mixed Two Person Offshore Keelboat will join kiteboarding, windsurfing, multihulls, singlehanded and doublehanded dinghies and skiffs, promoting the diversity of the sport. This in turn will support World Sailing’s desire to promote and grow universality in all disciplines and increase female participation with gender equal medals and athletes.

To showcase the event and how it may look at Paris 2024, World Sailing has launched a promotional film which is available to view HERE:

More than 70% of the globe is water – sailing’s field of play – and offshore sailing is played out across long distances in both light and strong wind conditions and a variety of sea states that test an athletes resolve. Offshore sailing is the ultimate test of endurance , skill, discipline, navigation and critical decision making.

Embracing a major part of sailing in the Paris 2024 Olympic Games will enable new stars of the sport to come to the forefront.

Qualification
Offshore sailing is a universal discipline that every World Sailing Member National Authority (MNA) can participate in.

Up to 20 nations will be on the start line at Paris 2024 and sailors from every continent will be represented. To qualify for the Olympic Games, continental qualification events will be held and competition for a spot will be fierce.

Equipment
For qualification events, World Sailing will approve a list of one-design boats that are already regionally available and can be accessed as a charter boat. Boats will be equalised to ensure fair competition.

For Paris 2024, World Sailing’s Council will select a list of different Equipment it considers to meet the key criteria by 31 December 2020 and then make a decision on the Equipment, selecting from the list, no later than 31 December 2023.

MNAs, Class Associations and Manufacturers have all been invited to propose Equipment for the list and a World Sailing Working Party will evaluate each proposal. A recommended list will be presented to Council for approval in November 2020.

This recommended Equipment list will ensure that event organisers, MNAs and the sailors have opportunities to train and compete in Equipment that is readily available and affordable within their continent and country. It will also ensure each MNA has a fair opportunity to prepare for qualification events and eventually, Paris 2024.

Format
Starting and finishing in Marseille, the Mixed Offshore event is expected to last for either three days and two nights or four days and three nights off the French coastline, and whoever crosses the finish line first will be declared Olympic champion.

The race course and length will be announced in the lead up to the start so the competition can take advantage of the latest weather forecast. Current options proposed include long and short courses heading towards the West and East of France.

Safety and Security
The French Navy and Mediterranean forces have extensive experience of supporting major oceanic sailing races. They will provide safety and security at Paris 2024.

At the recent Hempel World Cup Series Final in Marseille, France, a demonstration of safety and security procedures was presented to the sailors, coaches and officials.

The Olympic programme features 28 sports, all fighting for broadcast time and space in written and digital publications.

The Mixed Offshore event will be the longest and toughest of all Olympic sporting events and will bring a new appeal to Olympic rights-holding broadcasters and international media.

Available to follow via broadcasting and live tracking, the race is expected to capture the imagination of millions and will be the first Olympic event that can be viewed 24 hours a day.

Live broadcasting, tracking and analytics directly from each boat and onboard cameras will give global media insight into life onboard and to tell compelling stories to inspire existing and new fans of the sport.

eSailing has emerged as a true touch point for sailors and non-sailors alike and for the first time in the history of any Olympic sport, tens of millions of sailing and Olympic sports fans will also have the opportunity to compete virtually and simultaneously as the Mixed Offshore event, comparing themselves to the real-life Olympians.