What A Way to Go 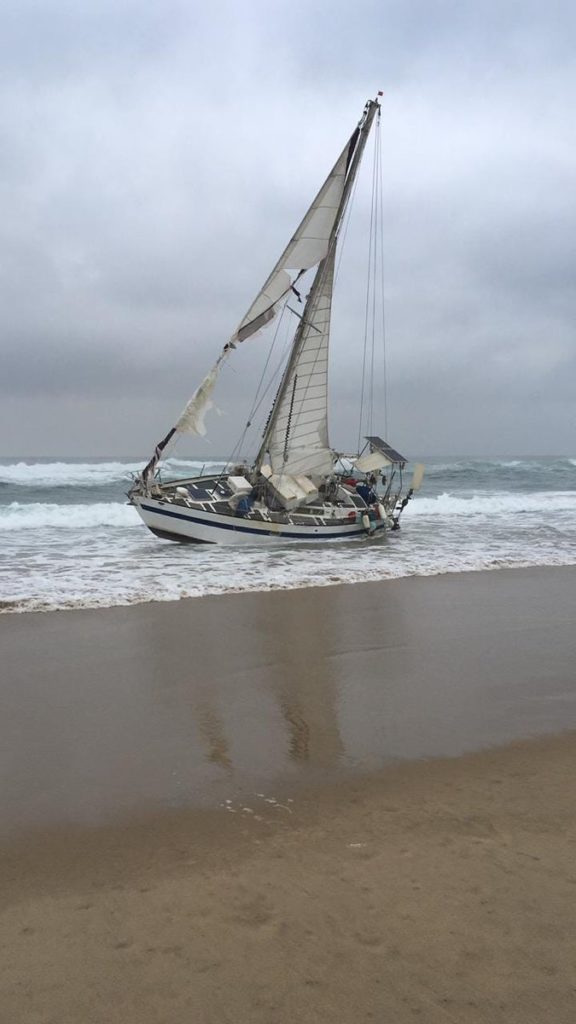 The yacht which ran aground yesterday.

Yesterday the news wires and social media were abuzz with news of a French solo sailor whose decomposed body was found aboard his yacht which has run aground on the KZN South coast.

Solo sailors are a different breed from the rest of us as they can endure long periods of loneliness, hardship, survival conditions and more with not a single other soul close by to share it with them.

To me this guy was lucky as he passed away doing what he ultimately loved more than anything else – sailing alone.

The fact is, that his death at the age of 69 was tragic, in that there was no one with him in his final moments, and that his yacht ran aground and most likely sustained damage.

As the heading says – what a way to go.