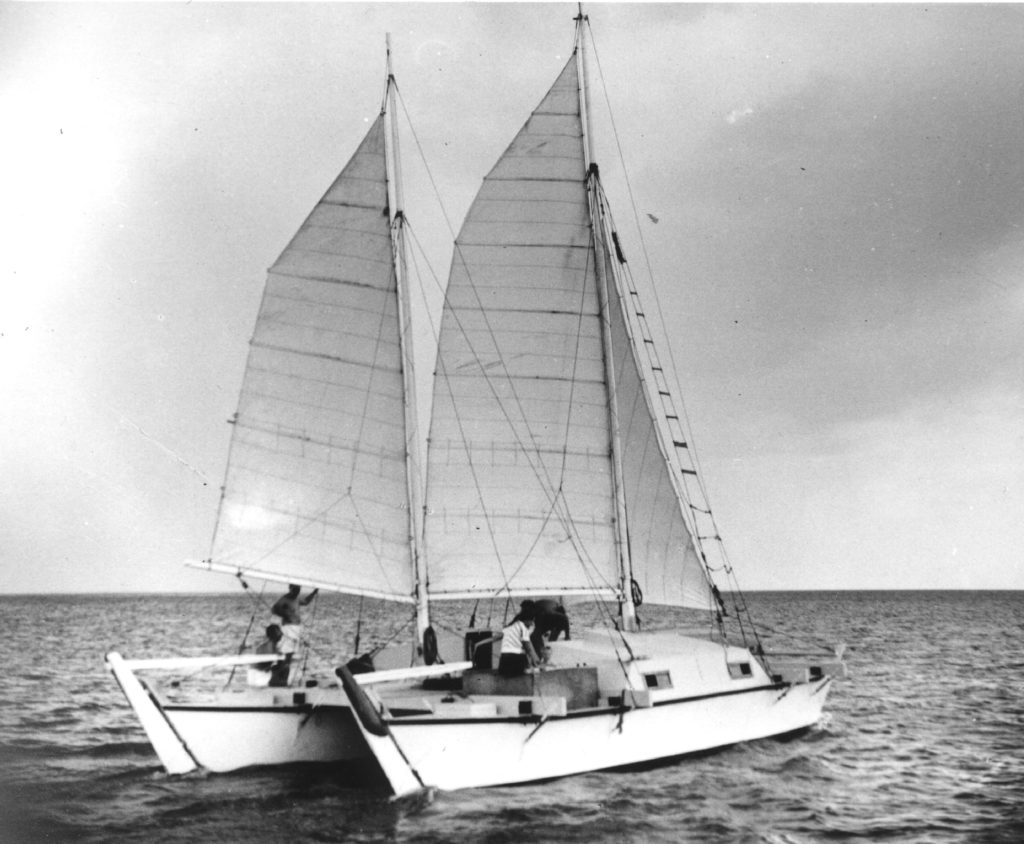 The Wharram cat Rongo on her first sail in Trinidad.

On 30 September 1959 the 40ft catamaran ‘Rongo’ sailed into the Conway River in North Wales after crossing the North Atlantic from New York. This 60th Anniversary of the First West-to-east Crossing of the North Atlantic by Catamaran is now being celebrated.

‘Rongo’ was the first catamaran to have made this difficult voyage, sailed by the now world famous catamaran designer James Wharram and his two German women companions, Ruth Merseburger and Jutta Schultze-Rohnhoff. 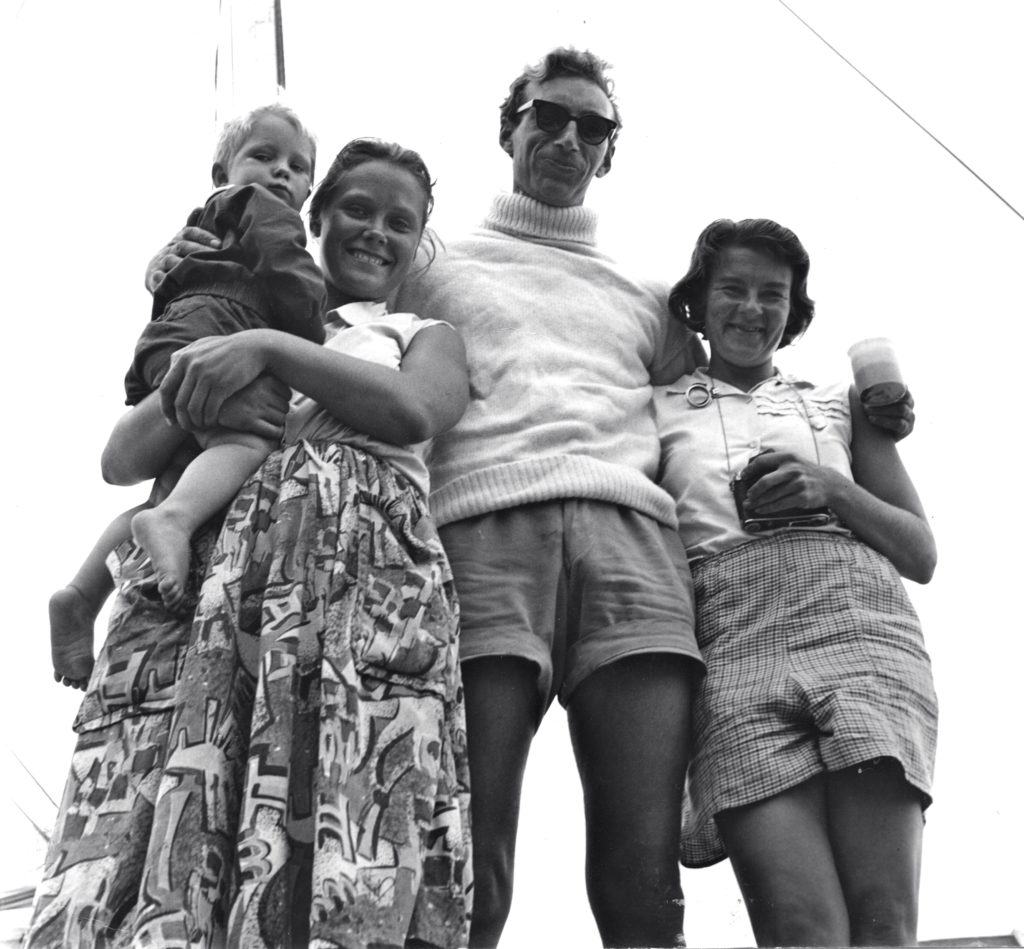 In the 1950s catamarans had not yet been acknowledged as viable seagoing sailing vessels and James Wharram pioneered their concept and proved their inherent seaworthiness with his Atlantic voyages.

In 1965 James Wharram started designing catamarans for other people and this soon blossomed into a thriving business of designs for self-builders, hundreds, and over time thousands, were built and many have made incredible ocean voyages, including the smallest catamaran to sail round the world in the 1990s, the Tiki 21 ‘Cooking Fat’ sailed by Rory McDougall. 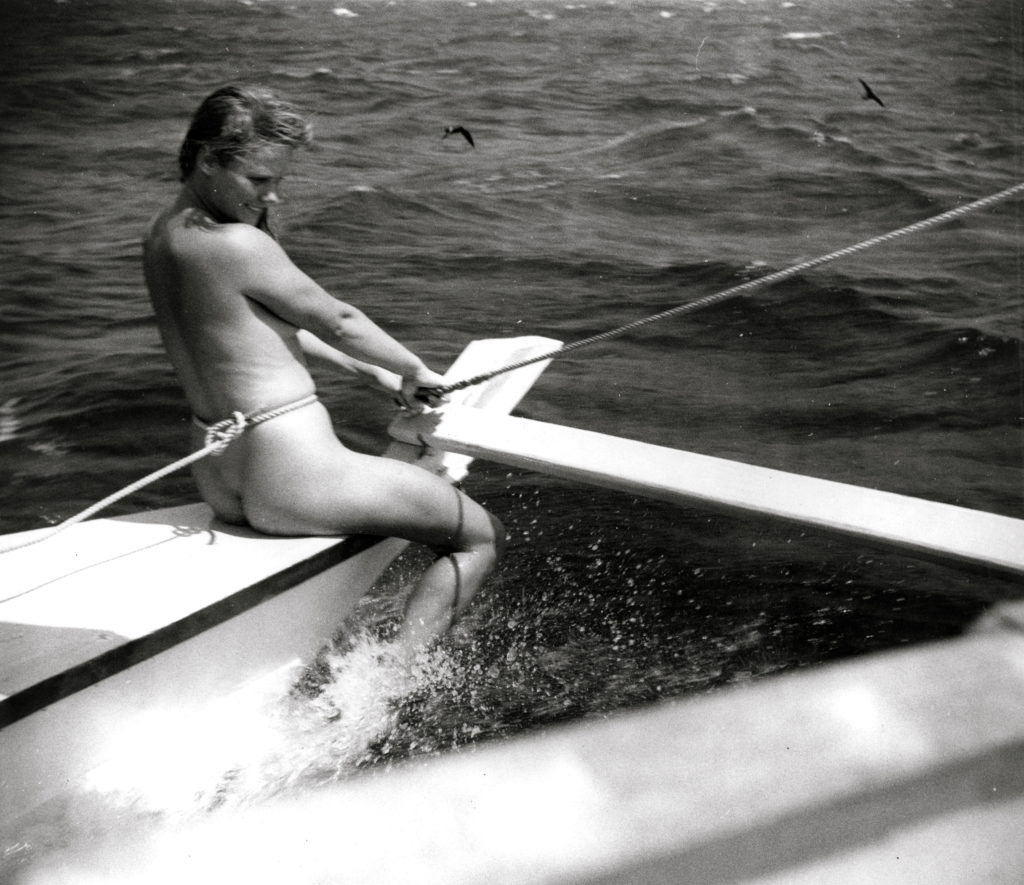 Jutta riding the bow wave on the North Atlantic crossing.

Wharram Designs are nowadays a very distinct type of catamaran with very traditional looking lines reminiscent of Polynesian double canoes, and are seen in many harbours all over the world. They have a worldwide following of builders/sailors who follow the philosophy of Wharram of how people can become SeaPeople by living a simple life on the sea.

With the expanding development of luxury catamarans for the charter market in the last 20 years, Wharram catamarans stand out by being different; they resonate with nature and traditional boat design. 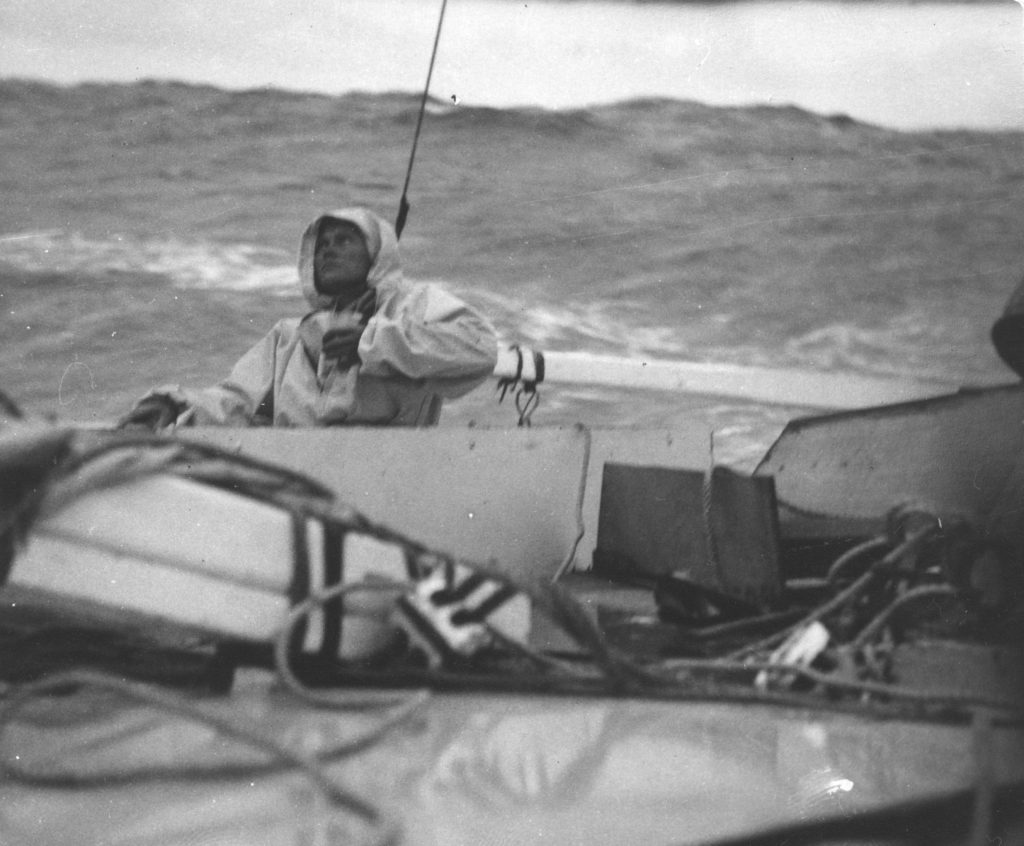 Jutta steering in an Ex-tropical cyclone during the Atlantic crossing.

To celebrate this first epic Atlantic crossing of ‘Rongo’, James Wharram Designs are reprinting the original Building Plans of this design, beautifully drawn by Jutta in 1960. These will be available as a presentation box-set including a photo book of the history of ‘Rongo’, and the story of her further Atlantic voyages in 1960-61, plus a signed copy of James’ book about his pioneering voyages ‘Two Girls Two Catamarans’.

These Building Plans can be used to build a model or a full size replica of this famous design. The presentation pack will be available in numbered editions, maximum 60, for the 60 years since her first West-to-East Atlantic voyage.

The cost of Presentation box-set is £225. Orders will be taken in advance, with sets to be sent out by Christmas 2019. 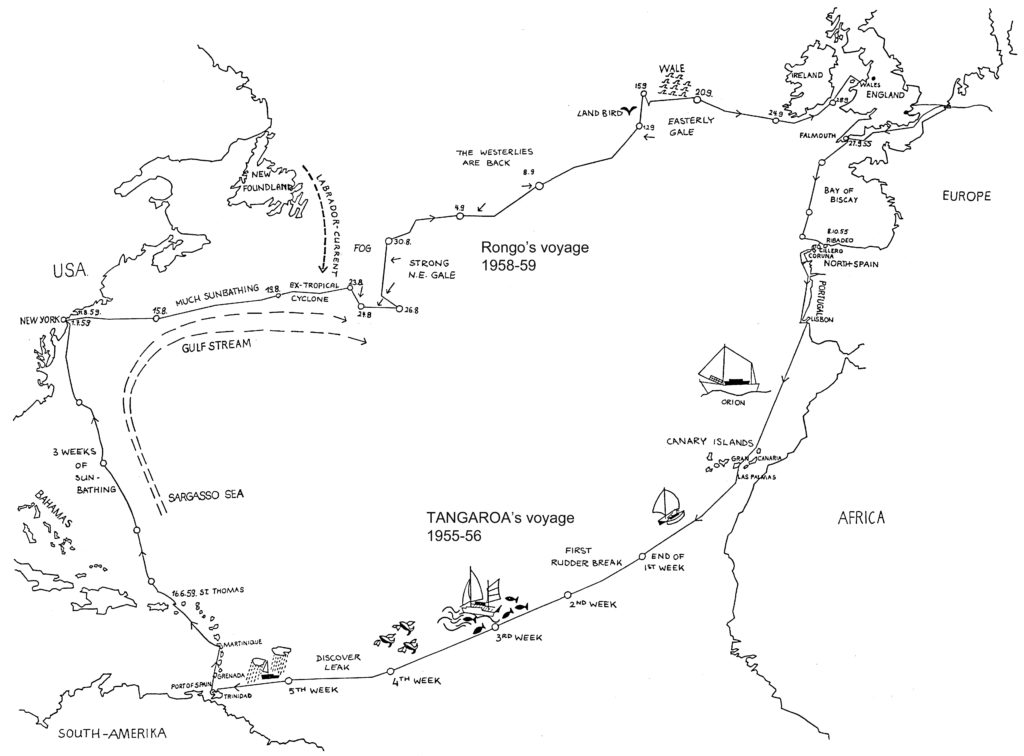