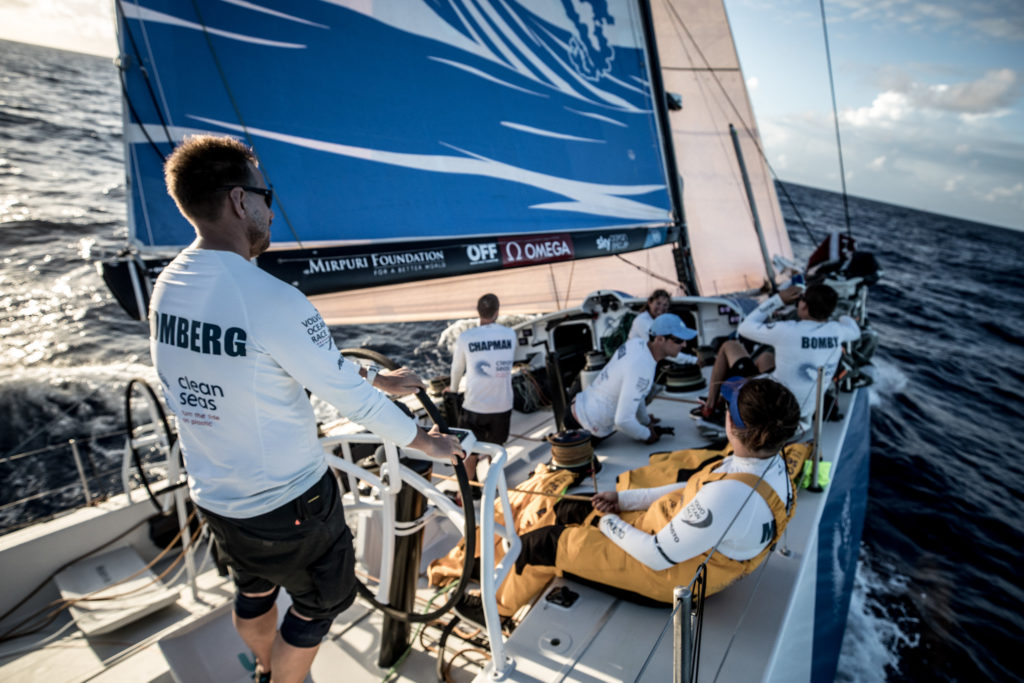 Aboard Turn the Tide on Plastic Martin Stromberg is at the helm with the team standing by for a peel.
pic by James Blake/Volvo Ocean Race

The famed anticyclone is renowned for dominating the South Atlantic and making tricky sailing for Volvo Ocean Race teams heading north or south. 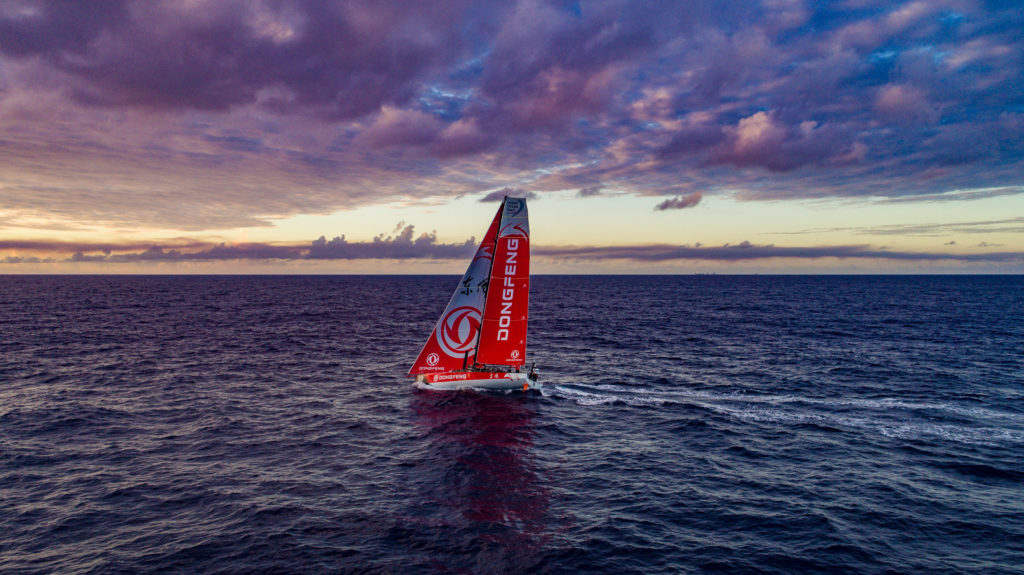 The lonliness of the long distance sailor aboard Dongfeng.
pic by Jeremie Lecaudey/Volvo Ocean Race

However its influence stretches 1,000 miles in every direction, causing a major navigational problem for the seven Volvo Ocean Race teams.

Charles Caudrelier’s Dongfeng had the upper hand – albeit a very small one – as the 1300 UTC position report was released showing the Franco-Chinese outfit with a two-mile jump on second-placed MAPFRE. 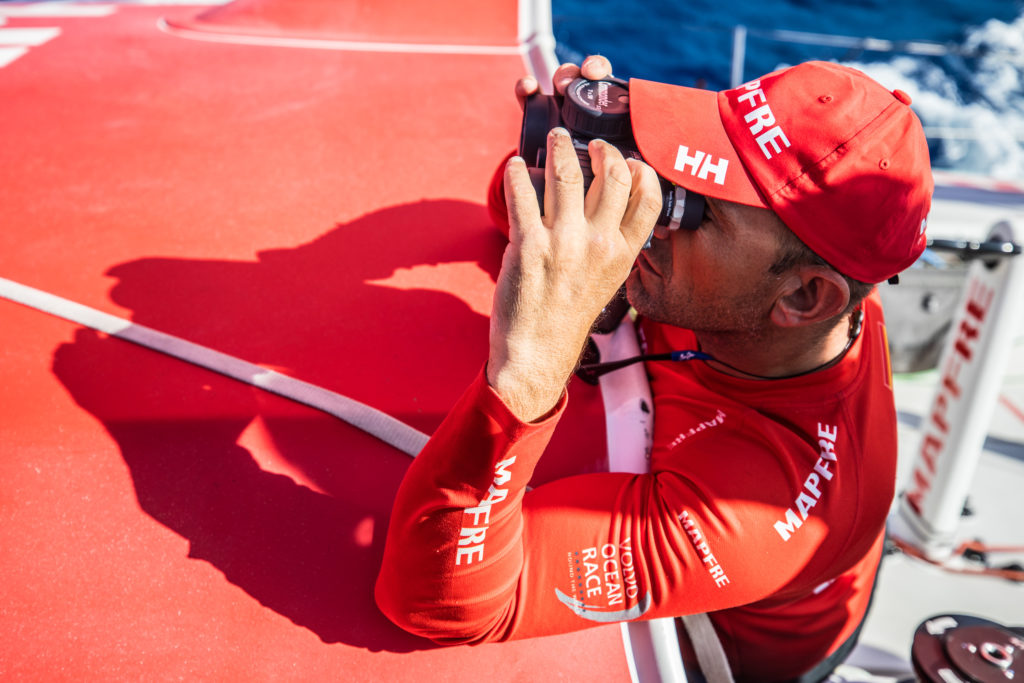 Around 16 miles separates Dongfeng in the east from Sun Hung Kai/Scallywag, the most westerly boat, while Team Brunel were the most southerly boat some five miles below the leaders.

The long-term strategy remains to get east as fast as possible, in search of stronger, more favourable breeze and less current deeper in the South Atlantic. 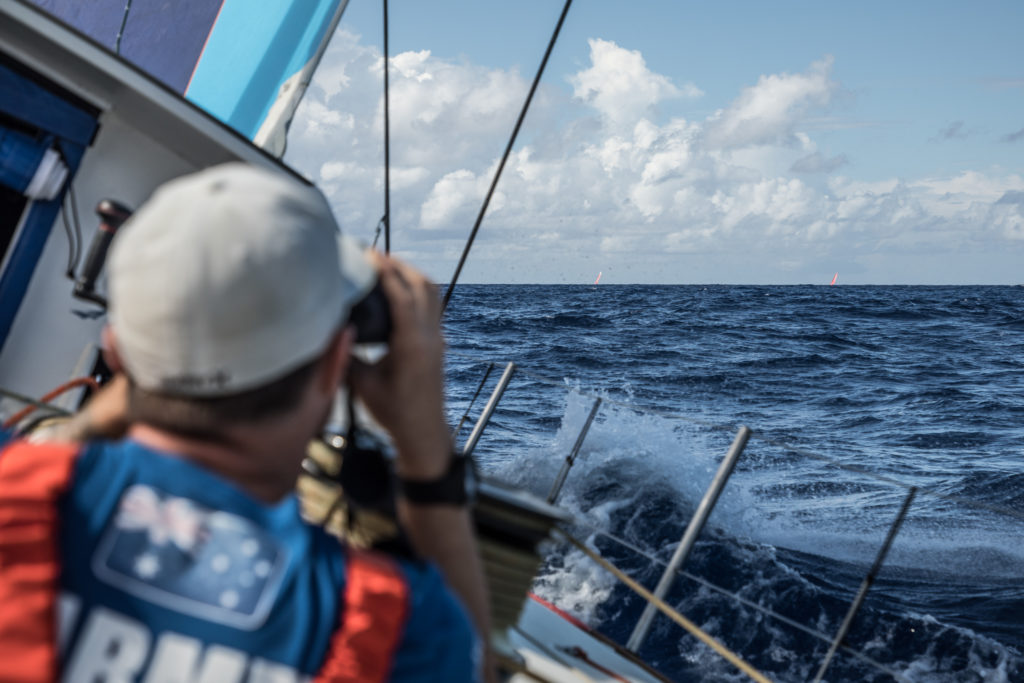 In order to do that, the teams have had plenty of tacks and sail changes with more in store as they zigzag their way around the St Helena High’s north-western edge.

“It’s really up and down, and swinging all over the place. You have to just position yourself how you think you’ll get the best out of them.” 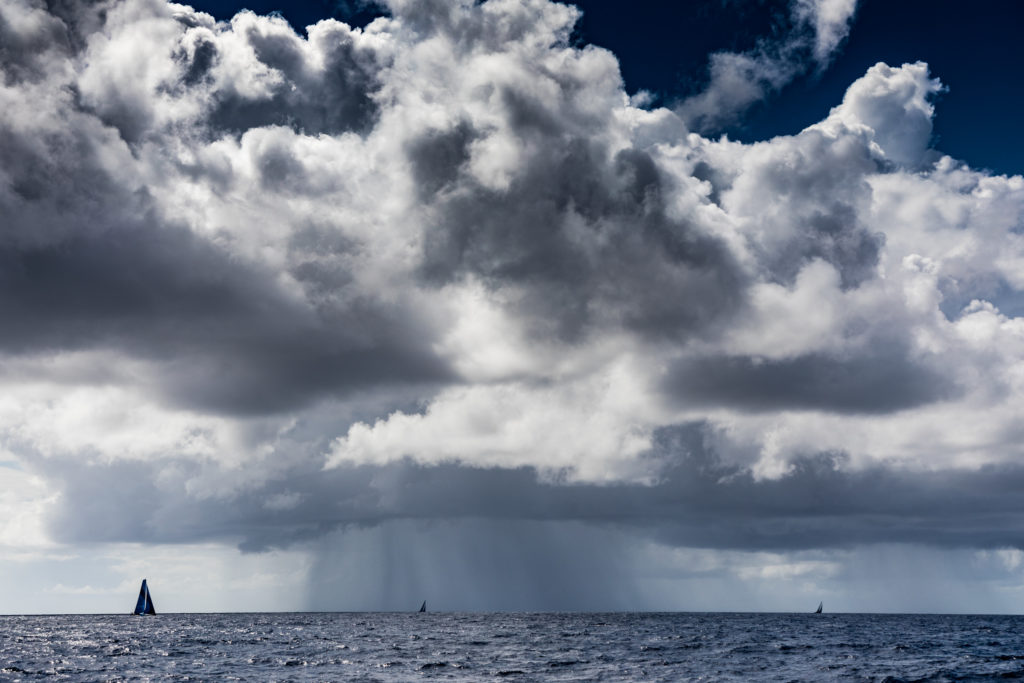 Clouds moving in from the north east.
pic by Brian Carlin/Volvo Ocean Race

Onboard team AkzoNobel, the ever-changing wind speed and direction has been causing havoc with their sail selection. “The difficulty is we’re right on the crossover of our sails between the masthead code zero and the J1 jib,” AkzoNobel’s Luke Molloy said.

“We were sailing in and out of the crossover all yesterday afternoon and into the evening. The problem is that if you take the time to do the sail change you need to then consider how much distance you lose versus how much you gain with the new sail.”

With less than 500 miles sailed, the race to Newport is only just warming up.