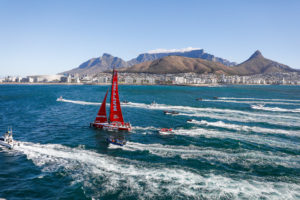 “It’s amazing, we’re super-happy. We came here in one piece and in front of the others, we can’t ask for more,” skipper Xabi Fernández said moments after finishing.

“This is what we will see all the way around the world. Super-tight racing, everyone has good speed and small mistakes are very expensive. This time we were luck to do the least mistakes and that’s why we won.” 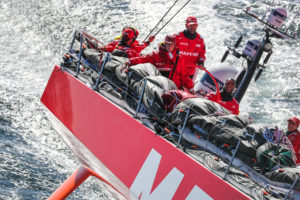 For most of the first half of the leg, MAPFRE trailed Dongfeng Race Team on the long charge to the south, but last weekend, after crossing the Doldrums, 14 days into the leg, navigator Juan Vila and skipper Xabi Fernández made the winning move, a quick gybe to the southwest that Dongfeng didn’t cover.

Within hours, the decision paid and MAPFRE had a tactical advantage they would never relinquish over the final week of racing.