Volvo Ocean Race. MAPFRE Gets A Jumps on Dongfeng 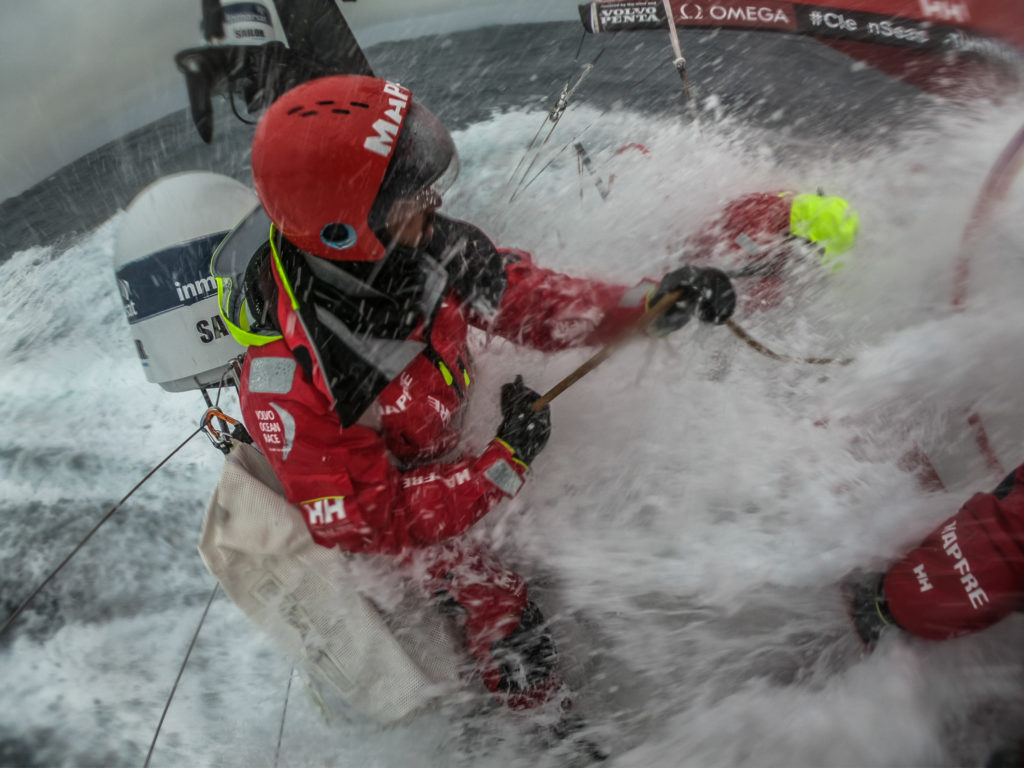 It’s nip and tuck at the front as MAPFRE eke out a narrow advantage over Dongfeng.

Charles Caudrelier’s Dongfeng briefly regained the top spot when their choice of line around 35 miles to the north of the AIEZ put them closer to the finish, but a better angle on the west-south-westerly breeze resulted in quicker speeds for the Spaniards.

MAPFRE moved in front once more just after 0100 UTC and have since pulled out a 10-mile advantage over Dongfeng.

Although the leg is far from over, it is a significant moment for the two duelling teams, both of whom were tipped as pre-race favourites and who finished first and second respectively in Leg 2 from Lisbon to Cape Town.

Dongfeng’s Stu Bannatyne said the team were prepared to battle for the top spot all the way to the finish line – but conceded there is no room for error.

“To get over the line first in this one we’re going to have to be sailing as close to 100 per cent as possible,” he said. “Saying that, we’ve been racing for 10 days now, everyone’s fatigued, and it’s really hard to stay at 100 per cent.”

After picking individual routes through the Southern Ocean over the past few days, all seven boats were today practically lined up close along the 45th parallel south with more than 450 miles splitting MAPFRE in first place from team AkzoNobel in seventh.

If all goes to plan the leaders could get to enjoy Christmas on dry land – early predictions put them arriving into Melbourne on Christmas Day local time.

The forecast is not so good for those in the second half of the fleet – Team Sun Hung Kai/Scallywag, Turn the Tide on Plastic and team Akzonobel – who were still desperately trying to stay ahead of an easterly-moving high pressure system that could thwart any hopes of arriving for Christmas.

At 1300 UTC speeds onboard the back three had dropped to between 10 and 14 knots and the wind was as low as seven knots – an ominous sign.