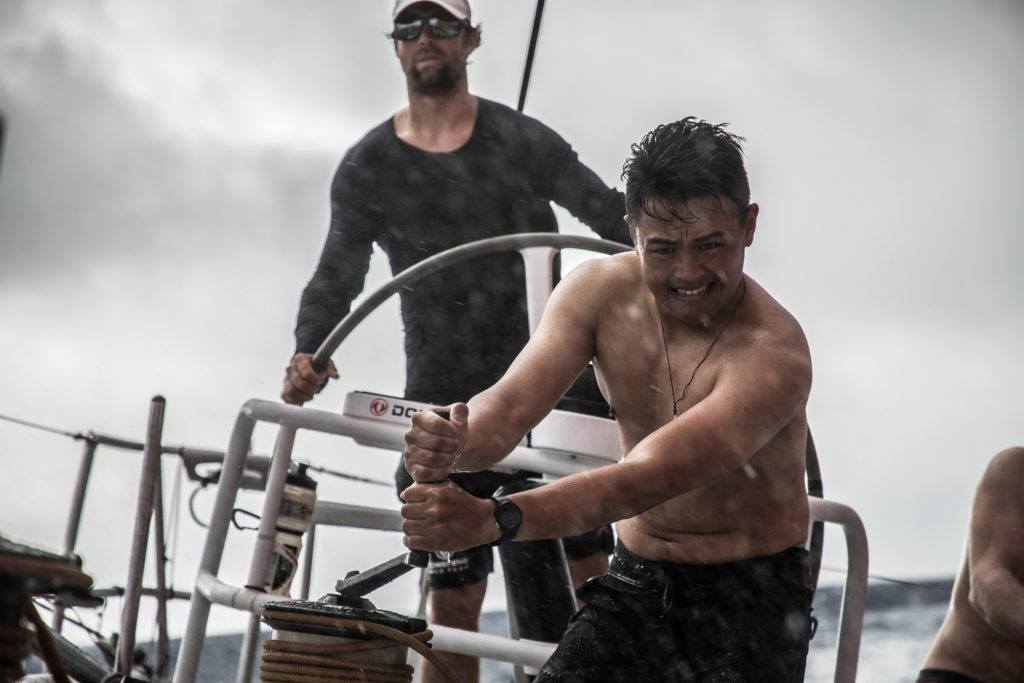 Black triming the runner as Dongfeng sails into a squall.
pic by Martin Keruzore/Volvo Ocean Race

It’s all about pressure, wind pressure that is as on Monday afternoon the back markers had made big gains until the wind pressure returned for the leaders. Heartbreaking stuff for MAPFRE and Dongfeng, but these guys are all made of stern stuff and will bounce back.

As team AkzoNobel and Scallywag bumped up against an area of calm, those chasing were enjoying 10 to 15 knots of wind and making impressive gains. In fact, the distance from first to last was nearly been halved in 24 hours.

But the last two position reports have been kinder to the leaders, who have managed to hold their nerve and even extend a few miles again. But not before some uncomfortable moments on board. 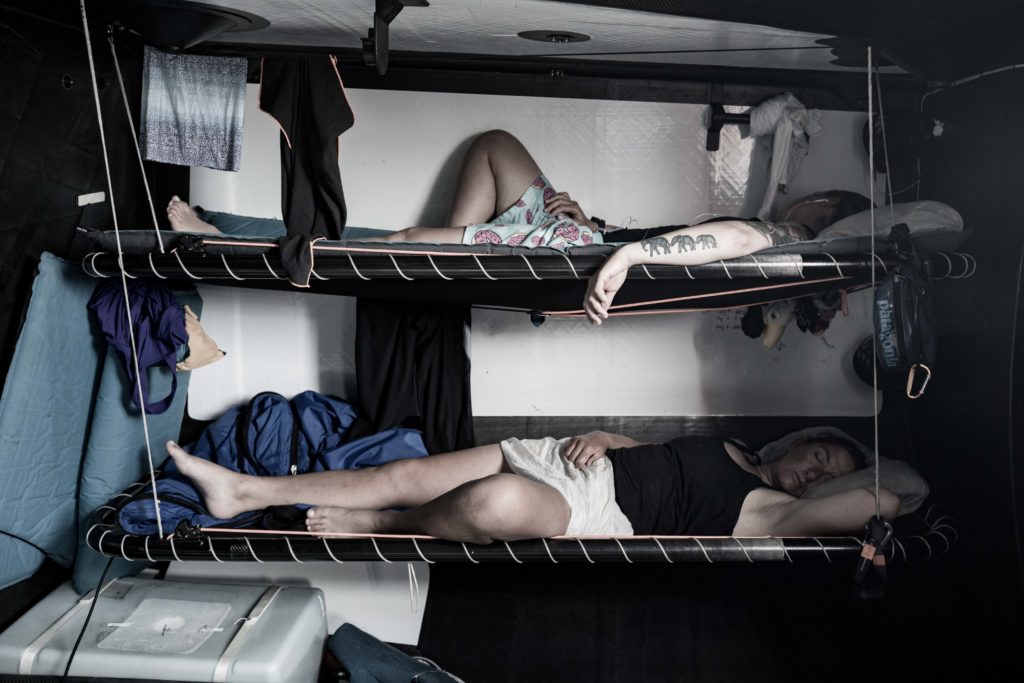 The off Watch aboard Turn the Tide on Plastic get some welcome rest.
pic by James Blake/Volvo Ocean Race

“It’s a bit stressful when you can feel the hot breath from the other boats breathing down your neck,” said Annemieke Bes from Scallywag. “But I think we’ve managed to come out the other side. It’s a big relief.”

Her skipper, David Witt, sitting beside her on deck, admitted, “I was throwing all my toys out of the pram,” as the trailing boats closed the gap.

“This is normal,” Bes laughed.

At the back of the fleet, the reaction to the big gains made over the past 24 hours was relatively muted, in consideration of how much work is still left to do.

“We had been gaining big chunks on each sked,” said MAPFRE’s Blair Tuke. “But the last ones haven’t been as good for us. We had a big cloud and both ourselves and Dongfeng had to sail around it. We were still moving, but not towards the finish line, so the (leading boats) gained on us. It’s stretched out again to around (90 miles). That’s better than 300 miles, but…”

The good news for the trailing boats is that there is still a long way to go.

The navigators are talking about a band of light and variable conditions that stretch ahead for over 400 miles. If that scenario comes to pass, there will be many more nervous moments, and many more opportunities for a shake up in the rankings. 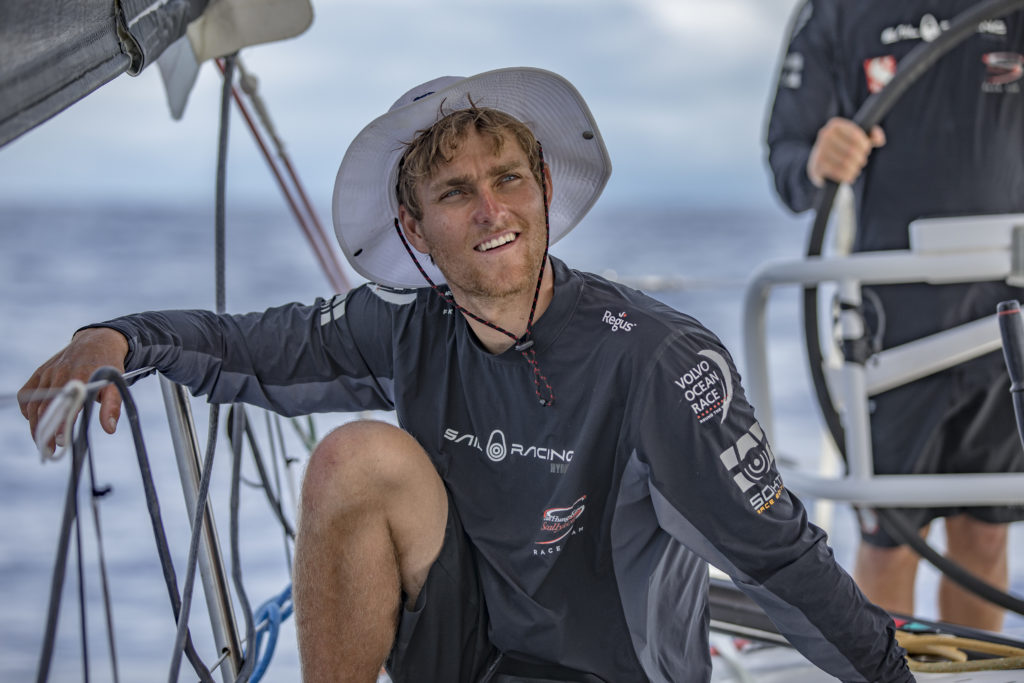 Happiness on board Sun hung Kai/Scallywag as Alex Gough smiles for the camera.
pic by Jeremie Lecaudey/Volvo Ocean Race

“We’re still going through a lot of clouds,” cautioned AkzoNobel’s Martine Grael, whose team continues to duel for the lead with Scallywag, and now Team Brunel as well, who have worked hard to push into the leading pair.

“We can still have a park up where everybody catches us… You just have to deal with it. It’s part of the race.”

The psychological pressure is on. If only the wind would match it.