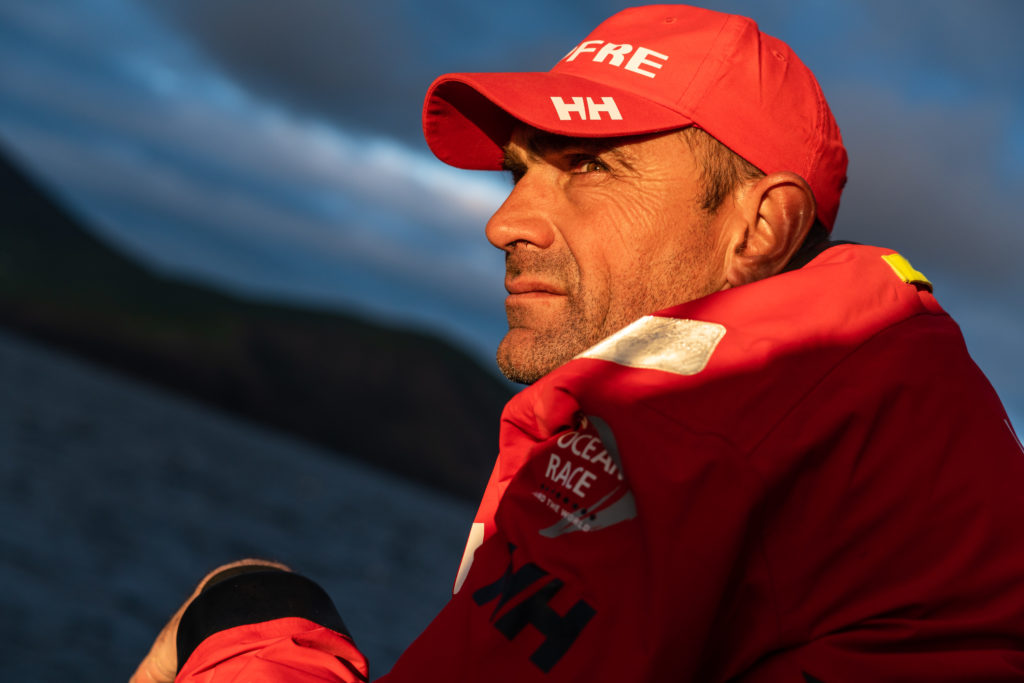 The Volvo Ocean Race teams were pointing in completely the opposite direction to the Leg 10 finish line on Tuesday as they attempted to cross a windless ridge of high-pressure that could hold the key to overall victory.

In a bizarre twist, the seven teams found themselves heading due west on Tuesday afternoon (UTC), away from the finish port of Gothenburg, Sweden, as they battled to get across the ridge 100 miles off the Irish coast.

After almost two days at sea in the penultimate stage of the 11-leg race – and with less than 1,000 miles remaining – just eight miles split the seven crews.

It is the turn of Spanish outfit MAPFRE to occupy the top spot, while early leg leaders Dongfeng, who currently top the overall scoreboard, have been relegated to second spot.

While boat speeds were down to just a handful of knots at 1300 UTC yesterday, the teams all know that on the other side of the ridge lies stronger south westerlies that will allow them to point north and start to blast towards the top of Scotland. Having transited that zone they are all doing 20-plus knots.

“It’s been very tricky since the start as I’m sure you’ve seen,” said MAPFRE skipper Xabi Fernández. “We are a little bit nervous about crossing the ridge as the first one through will look very good, so we are trying to gain to the west as much as can… Happy to be here in the north and looking good, but still quite nervous to be honest.”

“Three or four days still to go and anything can happen,” MAPFRE bowman Willy Altadil said. “Maybe the Volvo Ocean Race will be decided in the next 10 hours – after that the wind will come and it will be harder to pass people.” 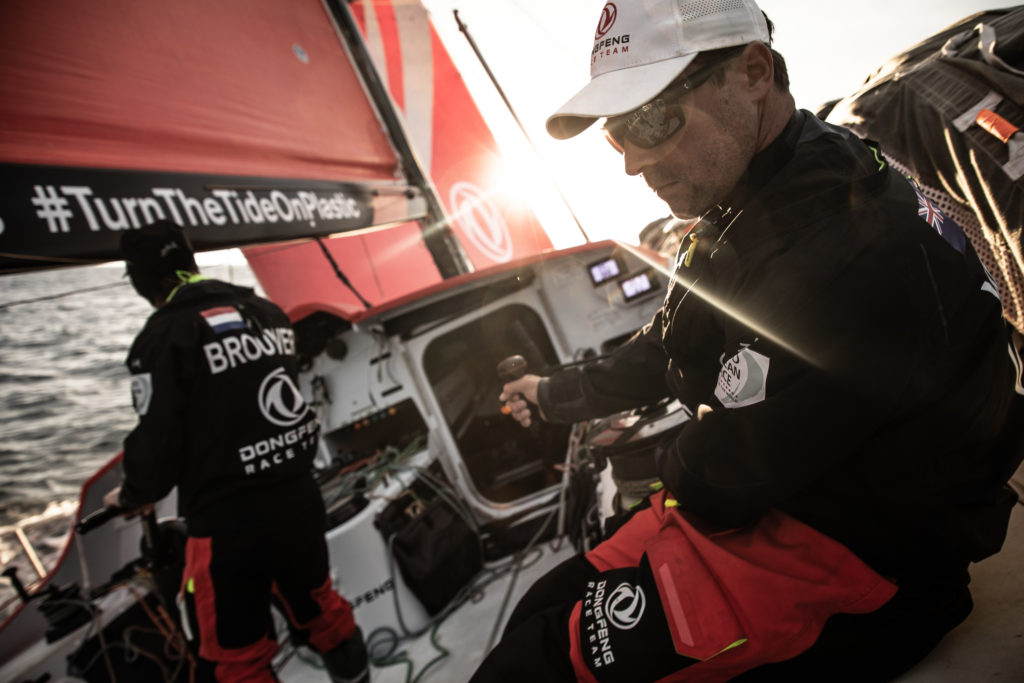 Having wiggled their way back to the front of the fleet, team AkzoNobel’s thoughts now turn to what lies in store later in the leg.

The forecast is for testing conditions – 40 knots of breeze and poor visibility around Scotland, a breezy upwind passage across the North Sea then even stronger winds and bigger seas off the coast of Norway.

“Most of the boats are pretty much in a line, south east to north west, coming into the ridge,” AkzoNobel watch captain Chris Nicholson said. “What’s weird is that it’s the same ridge that we crossed two weeks ago (on Leg 9, into Cardiff). We’re hoping things will be a little bit better for us crossing the ridge a little further to the north.

“I don’t think anyone really knows where they need to be, but we’ve pretty much stuck to our plan so in that regard we’re reasonably happy. Now we’re just gearing up talking about how we’re going to change and adjust sails really efficiently from after we cross the ridge to the finish. I think that’s going to be the trick.”

The approach on Vestas 11th Hour Racing, the most southerly boat in the fleet, was equally simple.

“Hopefully we get in alright, get out alright and end up in first place,” Tom Johnson said. “That’s the plan, anyway.”

The ETA into the finish in Gothenburg, Sweden is currently Thursday night.