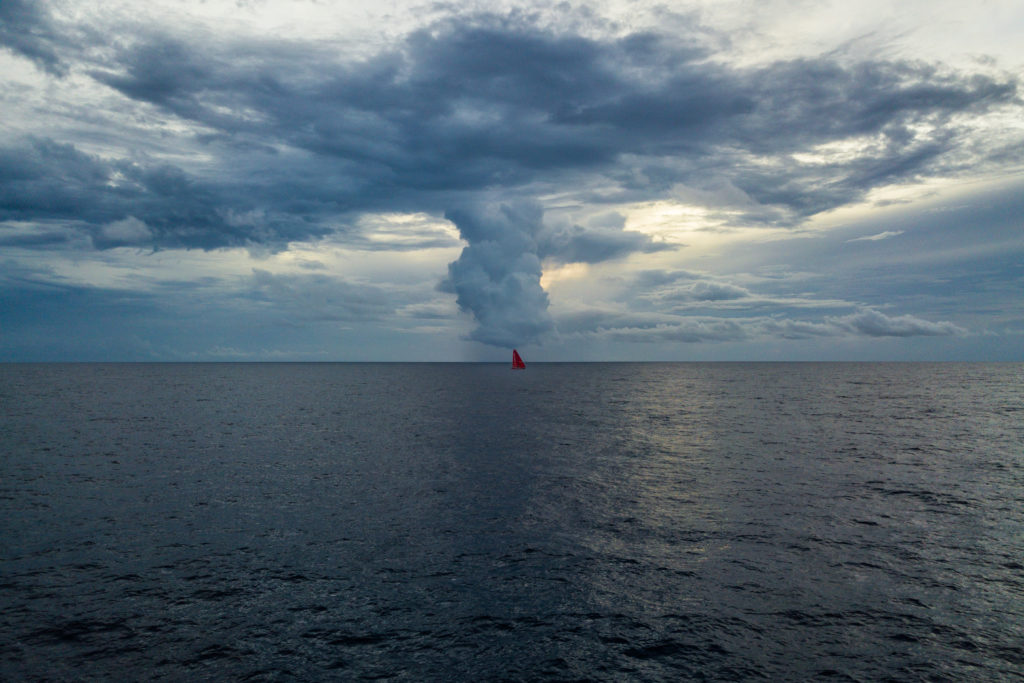 The Volvo Ocean Race teams were enjoying full-speed trade wind sailing as they knocked off the miles to the Leg 8 finish in Newport, Rhode Island.

Stage leaders Team Brunel continue to set the pace as they blast along at more than 22 knots, matching the wind for speed, and holding a narrow 15-mile jump on second-placed Dongfeng Race Team.

The top trio, which also includes Turn the Tide on Plastic, were less than 30 miles apart as the battle for Leg 8 supremacy continued on the tenth day at sea. Just over 2,300 miles remain between the leaders and the finish line.

Despite fast sailing, however, the crews were facing a common enemy intent on slowing them down: huge drifts of Atlantic seaweed. 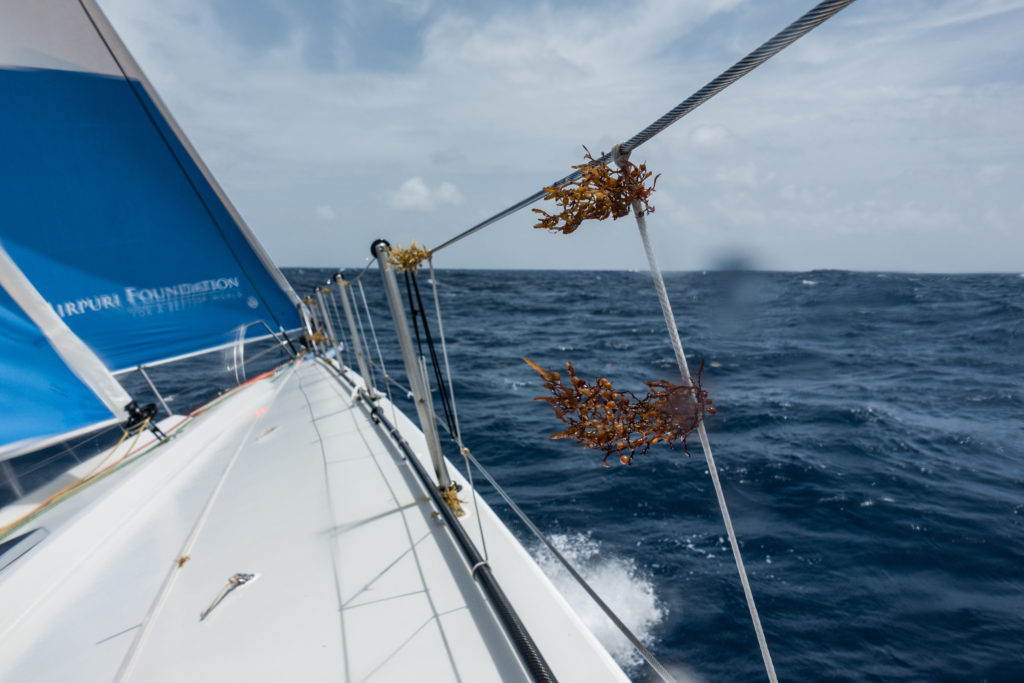 The Sargassum weed is named after the Sargasso Sea, the region of the North Atlantic directly off the coast of the United States and stretching down to the Caribbean.

Sargassum has been creating problems for sailors since the days of Christopher Columbus and now, more than 500 years later, it continues to cause havoc for the Volvo Ocean Race fleet. 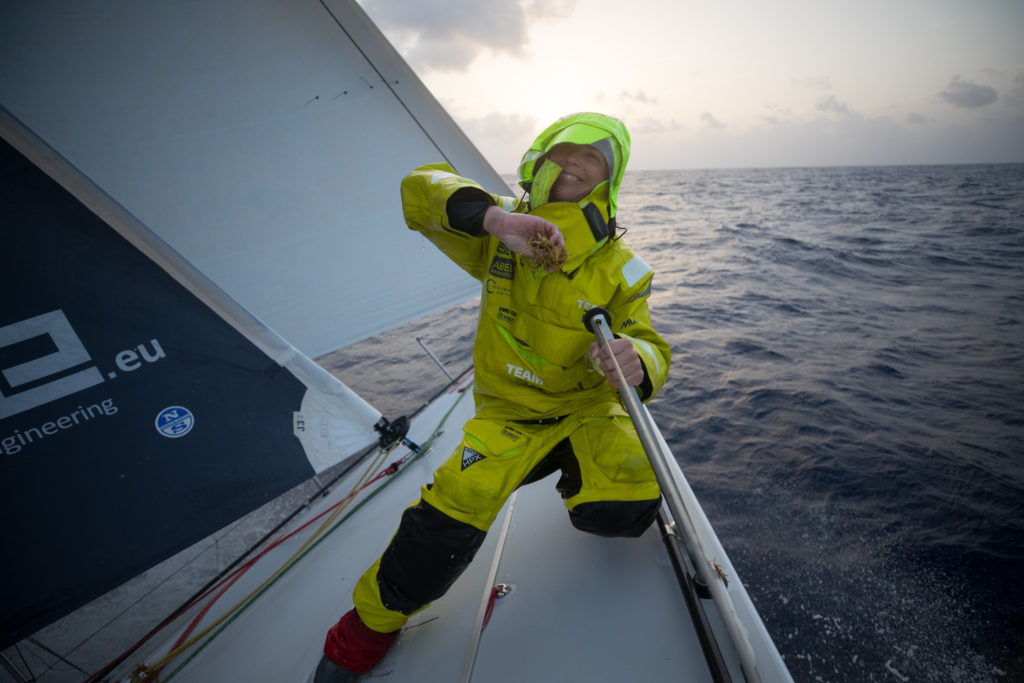 A clump of seaweed stuck on a dagger board, keel or rudder, can slow a team down by several knots, as well as affecting the control the helmsman has over the boat.

“We are speeding along with lots of water everywhere and in the water washing down the deck is an abundance of sargassum weed,” Turn the Tide on Plastic skipper Dee Caffari said.

“The boat looks more like a garden now with green shrubbery everywhere. Then you feel that you are no longer in control of the leeward rudder driving the boat and yet you try and turn the wheel.

“A couple of short sharp pulses to leeward normally can gain control again, but it does no good. You feel the vibrations growing and the noise of cavitation round the rudder builds.

“Without water flow there is no steerage and the boat wants to round up to weather. Again you pulse the wheel to leeward and look out behind the boat to see a huge rooster tail confirming what you thought, the amount of weed stuck around the rudder is having a huge effect. 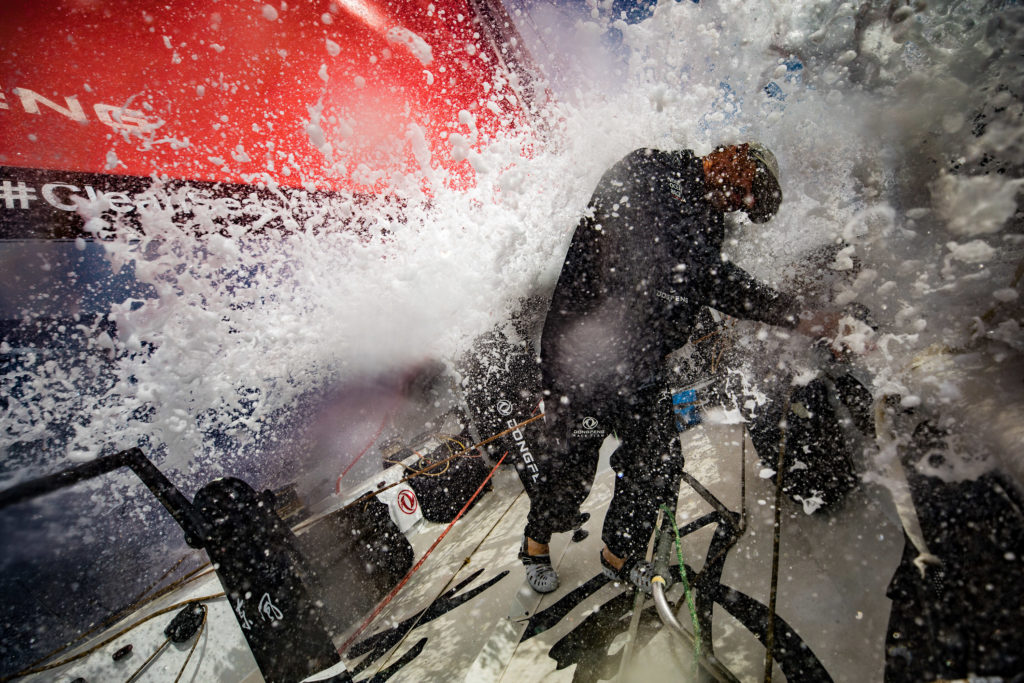 Stu Bannatyne bearing the brunt of the waves aboard Dongfeng.
pic by Jeremie Lecaudey/Volvo Ocean Race

“The boat still wants to go fast but it feels like it is sailing in treacle as it slows down despite the wind and waves. Eventually you fight the pull and get the boat turned downwind. She heels to weather and the rudder gets the chance to free itself of weed, the rooster tail disappears and the cavitation stops.

“You are back in control and up to course sending it again. Oh the joy of sailing through this area of weed!” 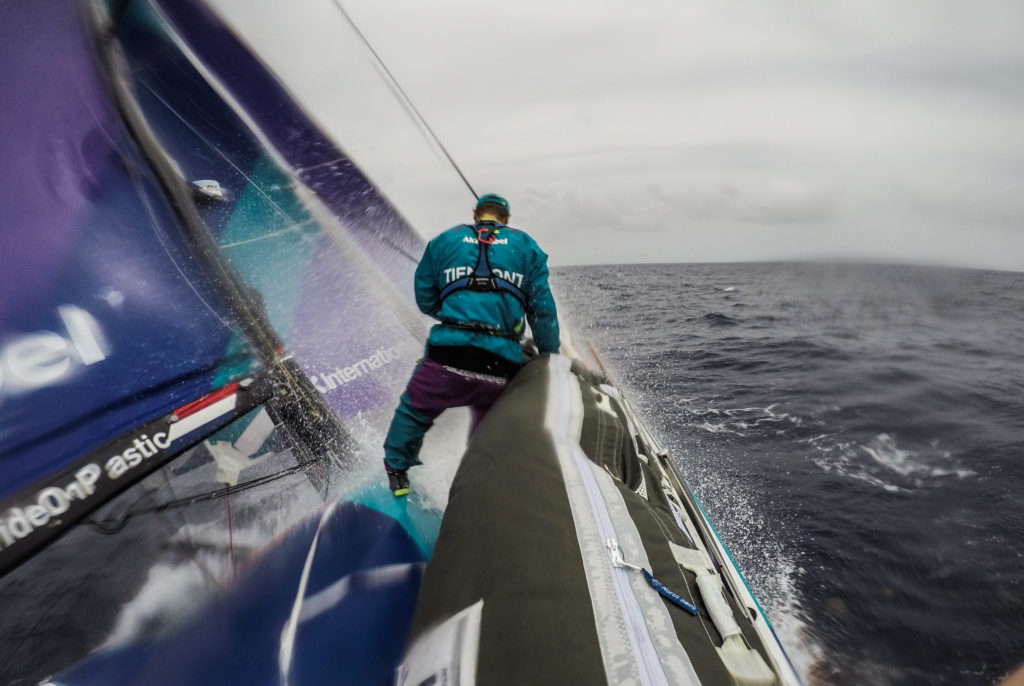 Xabi Fernandez’s MAPFRE crew were equally scornful of the weed as they try to climb up the rankings from fifth place, some 75 miles behind the leaders.

“It is quite annoying because you can see how the boat speed decreases, and sometimes you even lose the steering of the boat because the rudder is full of seaweed and it does not allow you to sail the boat normally,” Pablo Arrarte said.

MAPFRE were also temporarily slowed when one of their steering cables broke, but quick work from boat captain Antonio ‘Neti’ Cuervas-Mons saw them back up to full capacity within 30 minutes.

Team Sun Hung Kai/Scallywag might be 200 miles behind Team Brunel but they were today suffering the same fate with the Sargassum weed.

“There’s seaweed all over the place, and it smells,” said crewman Alex Gough, “although we’re not sure if it’s the seaweed or Nipper (Ben Piggott)!!” 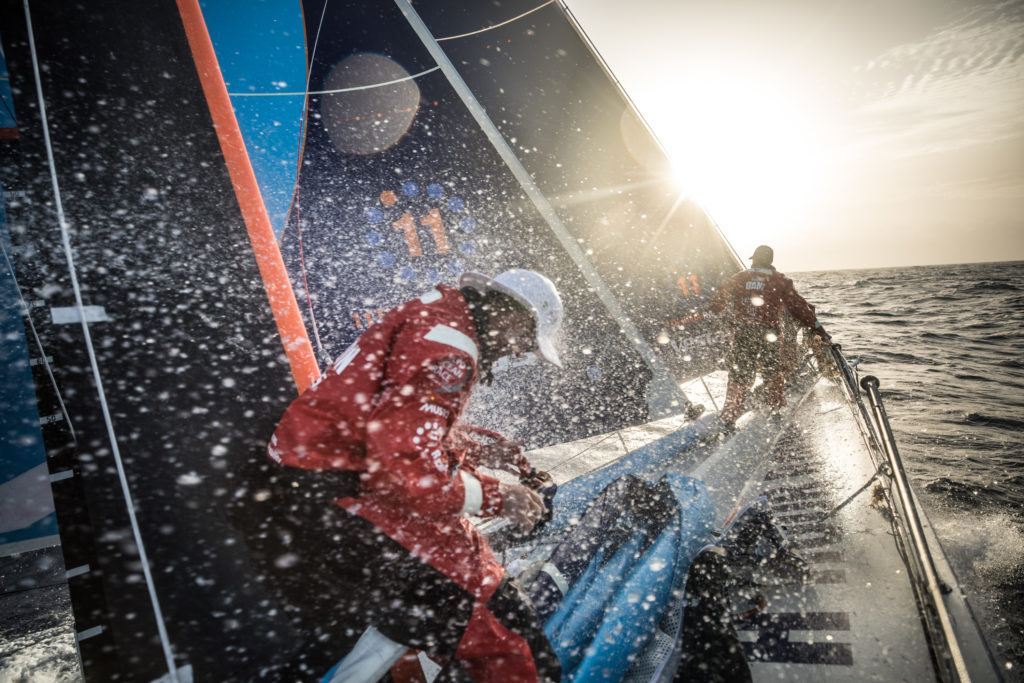 Great action at the bow of Vestas at sunset during a peel.
pic by Martin Keruzore/Volvo Ocean Race 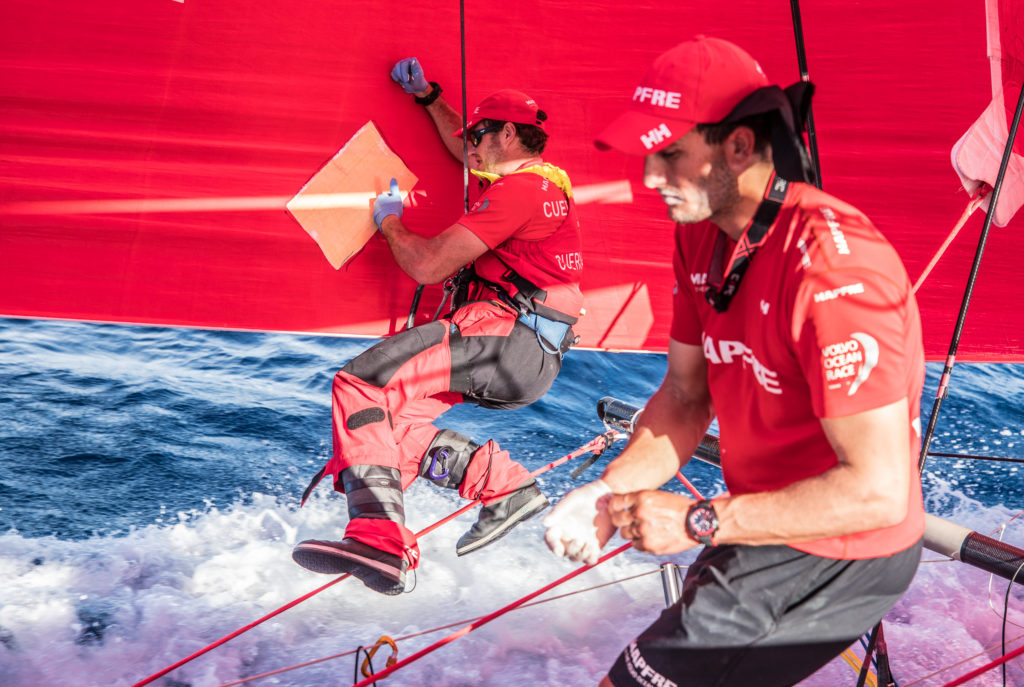 On board MAPFRE, Antonio Cuervas-Mons repairing a little hole in the sail with the help of Blair Tuke.
pic by Ugo Fonolla/Volvo Ocean Race