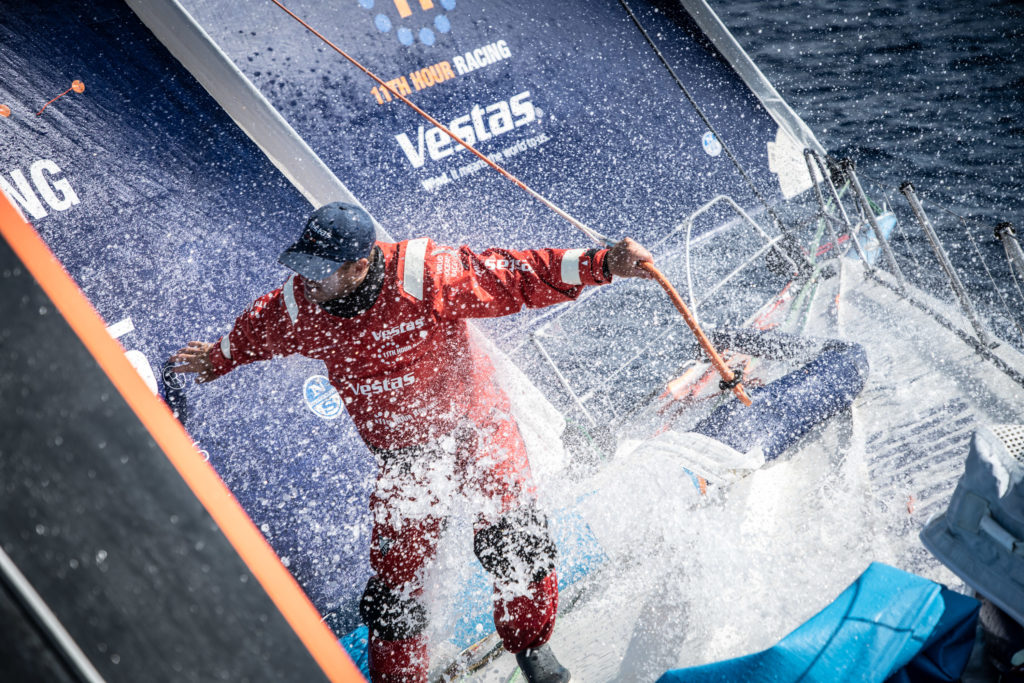 Nick Dana ‘dancing’ up on the bow of Vestas.
pic by James Blake/Volvo Ocean Race

The fleet is beginning to converge after a big split early in Leg 9. But who will come out with the advantage is not yet
clear.

Conditions for the next 30 hours are favourable for posting big miles – and some sailors are talking about breaking the 24-hour distance record.

With the wind above 25 knots, the sea relatively flat, and the wind angle favourable to the Volvo Ocean 65s, there is a possibility of breaking the 24-hour distance sailed record set by Abu Dhabi in the 2015-16 race.

Back in March 2015, Ian Walker’s team sailed 550.8 nautical miles in one 24-hour stretch on the approach to Cape Horn.

“We were so stoked with the record,” Walker said about setting the distance mark. “After about 8 hours I said to the guys, ‘look, I want to get that, even if it means losing distance in the race, I want to go for it’.”

Already on Thursday morning, the current teams are sitting on about 525 miles for a 24 hour run, and that is expected to increase over the next day.

“For the next 36 hours we have very good breeze, with a good potential for breaking the 24 hour speed record for the race,” wrote Team Brunel’s Bouwe Bekking.

“There’s a big low forming to the west of us which is giving us some nice downwind conditions,” said helmsman Peter Burling. “There’s a good chance of the 24 hour speed run for the whole race, I’d say, over the next couple of days.”

It’s a big ask, as 550.8 nautical miles translates into an average speed just shy of 23 knots.

In reality though the record is only in the back of the sailors minds as the fleet was beginning to converge again.

A split of almost 300 miles had opened up early in the 3,300-mile leg from Newport, USA, to Cardiff, Wales, as the seven-strong fleet broke into two groups. 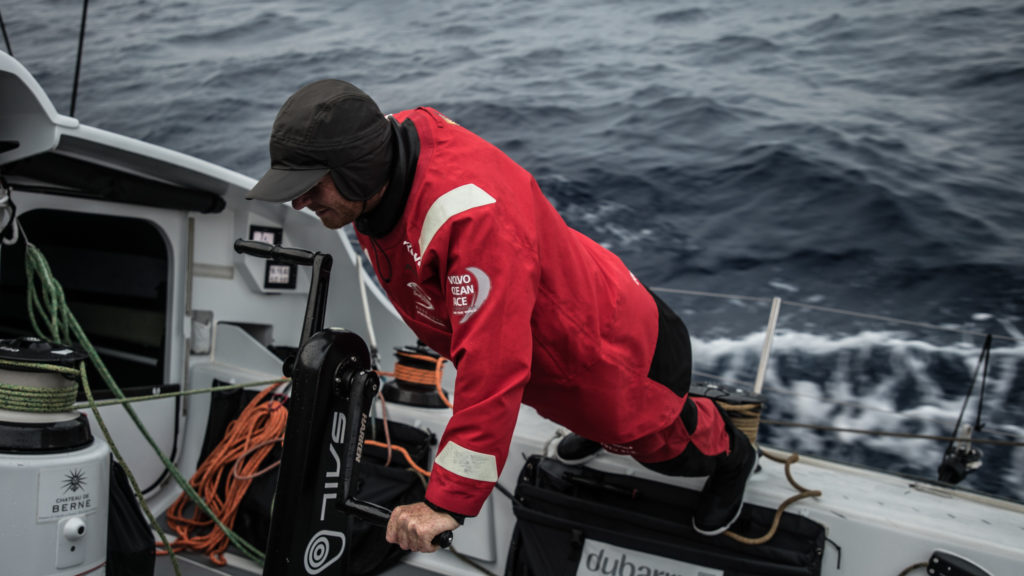 Meanwhile MAPFRE, Dongfeng Race Team and Turn the Tide on Plastic elected to head northeast on a more direct route towards Cardiff and the Leg 9 finish.

Having been overtaken by a high pressure system which now blocks their path to the east, the two groups were starting to come back together again – and it remains to be seen which will emerge in front.

“I think it’s the first time this race we’ve seen a split in the fleet this big,” MAPFRE skipper Xabi Fernández said.

Although ranked sixth on the official Leg 9 scoreboard, the Spanish team were only 20 miles behind Dongfeng and 15 miles above Turn the Tide in the northerly group.

“Hopefully tonight we can tack in easterly winds and then we will have a couple of days of very strong winds. The fleet in the south sailed very fast but now they have a lot of work to do. We just need to wait and see what the situation is.”

For those teams 200 miles to the southeast, the future remains equally unclear.

“It has been an interesting start to the leg, with a massive split in the fleet that has made for some head scratching at times in the nav station trying to work out the next move,” Vestas 11th Hour Racing’s Simon Fisher said.

“How it all pans out in the long term we will have to see. There is plenty of wind forecast in the coming days and not a lot forecast for the finish so we still have a lot of work ahead.”

Brad Farrand, on AkzoNobel, added: “At the moment we’re neck and neck with Vestas 11th Hour Racing, just duking it out. I think it’s good to have a boat next to you, it keeps you honest, and makes sure you give it everything.” 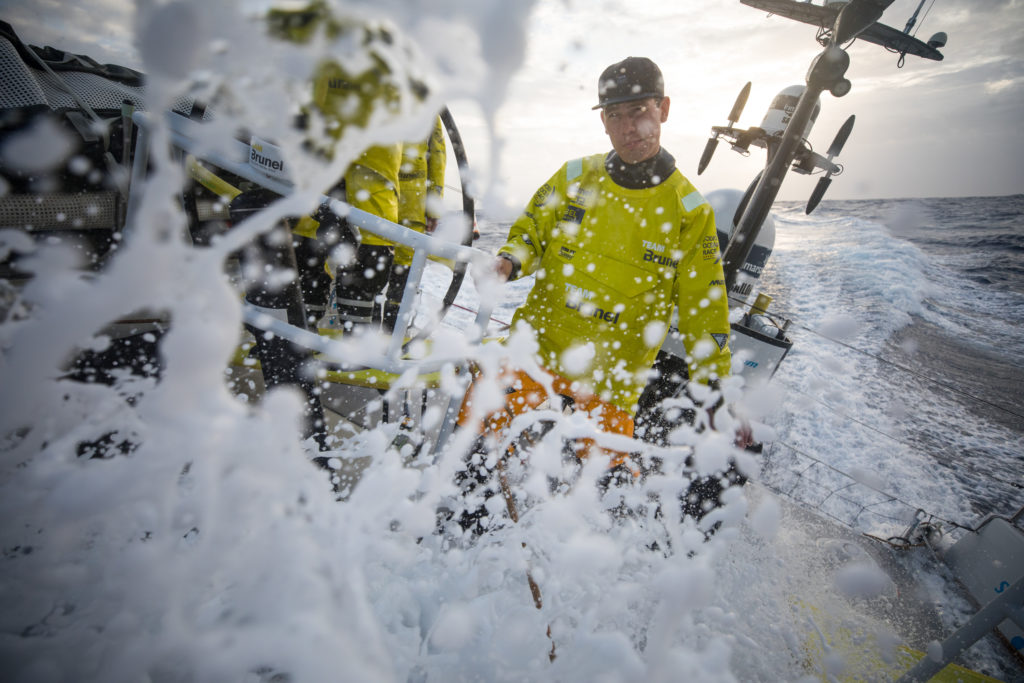 Carlo Huisman at the pedestal of Brunel.
pic by Sam Greenfield/Volvo Ocean Race

Having already knocked off a third of the leg in three days, the fleet is currently expected to arrive in Cardiff on May 29.

But before then they have a week of full-on, no holds barred ocean racing to contend with.

After their last-minute win in Leg 8, MAPFRE top the overall leader board but Dongfeng Race Team are just three points behind with Brunel holding down third place, 11 points back – so it’s all on.

All the drama of Leg 9 will play out live on the official race tracker – don’t miss a moment.