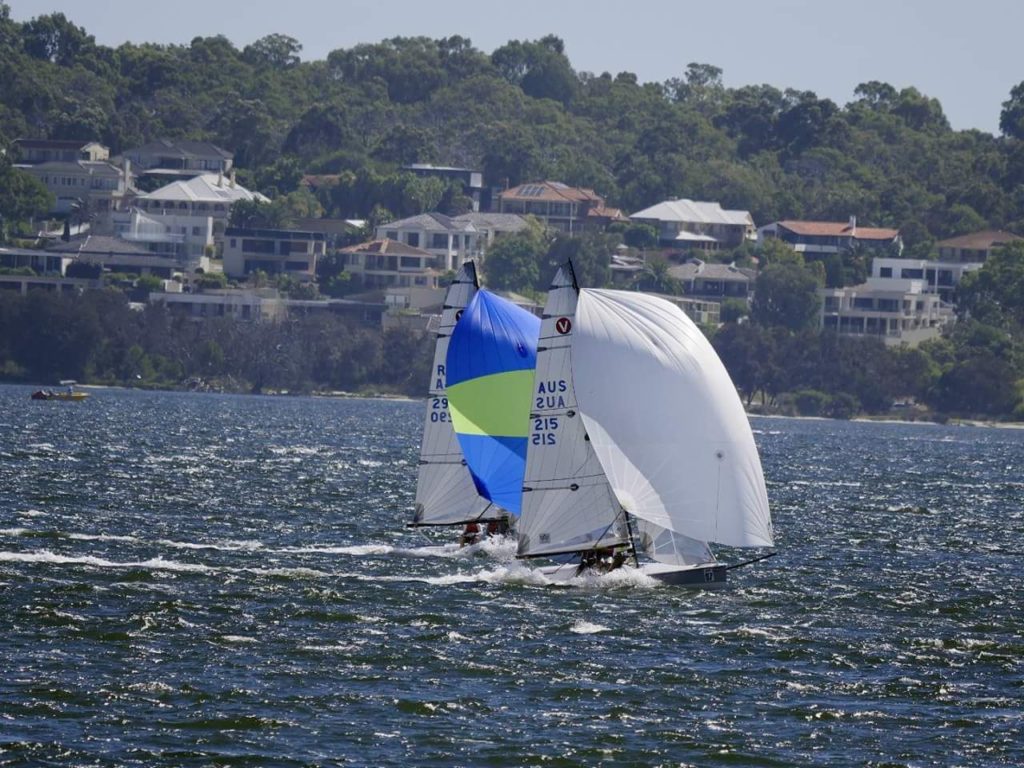 Some time ago I wrote a short editorial on the Viper 640, and the fact that it was coming to our shores. That was no empty promise as the first batch of boats are now here, and turning heads whenever they sail.

This is the brainchild of Alex Schon and Greg Plunkett. “The concept of looking for a boat to regenerate some interest, and stimulate growth, within the ageing fleet in SA, started about a year ago when Greg Plunkett and I (naturally over a few cold ones), decided to conceptualise what was required” said Schon.

They came up with the following criteria:
1. It had to be an international class with a decent distribution of fleets.
2. The boat had to be light in order to be able to be towed by a small sedan.
3. The boat had to be exciting to sail.
4. 20 – 24 foot in size with a crew compliment of 3-4 people.
5. The boat had to competitively priced and have a good build quality. 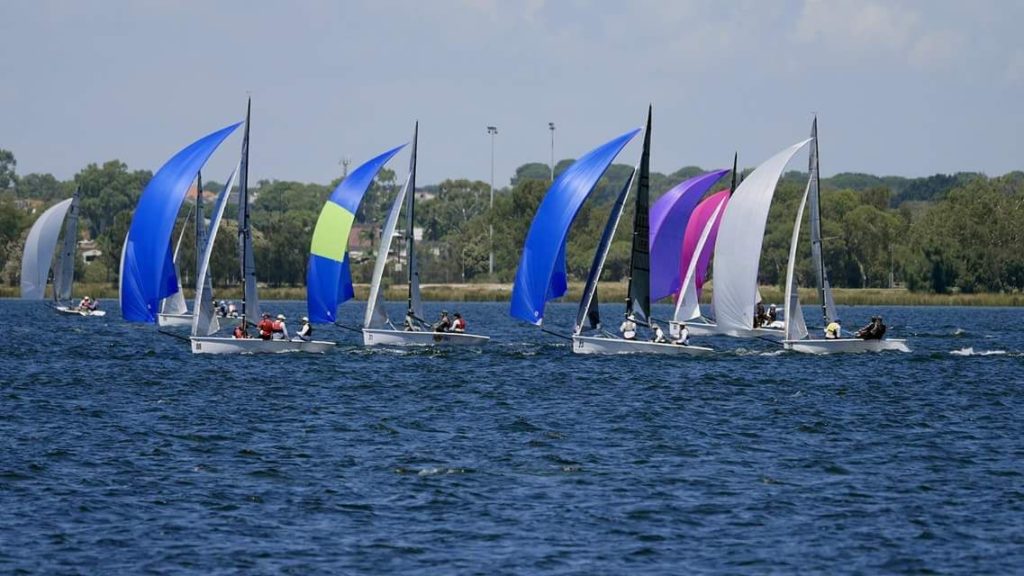 The duo, concerned at the rapidly advancing age of the local fleet which is more ‘ancient’ than ‘rapidly advancing’, looked at various options such as the Melges 20, J70, VX One Design – and more.

Once they had talked to the various role players and manufacturers they decided that the Viper 640 ticked all the boxes, and on top of it was by far the cheapest option – a huge plus-factor for the establishment of a local fleet. 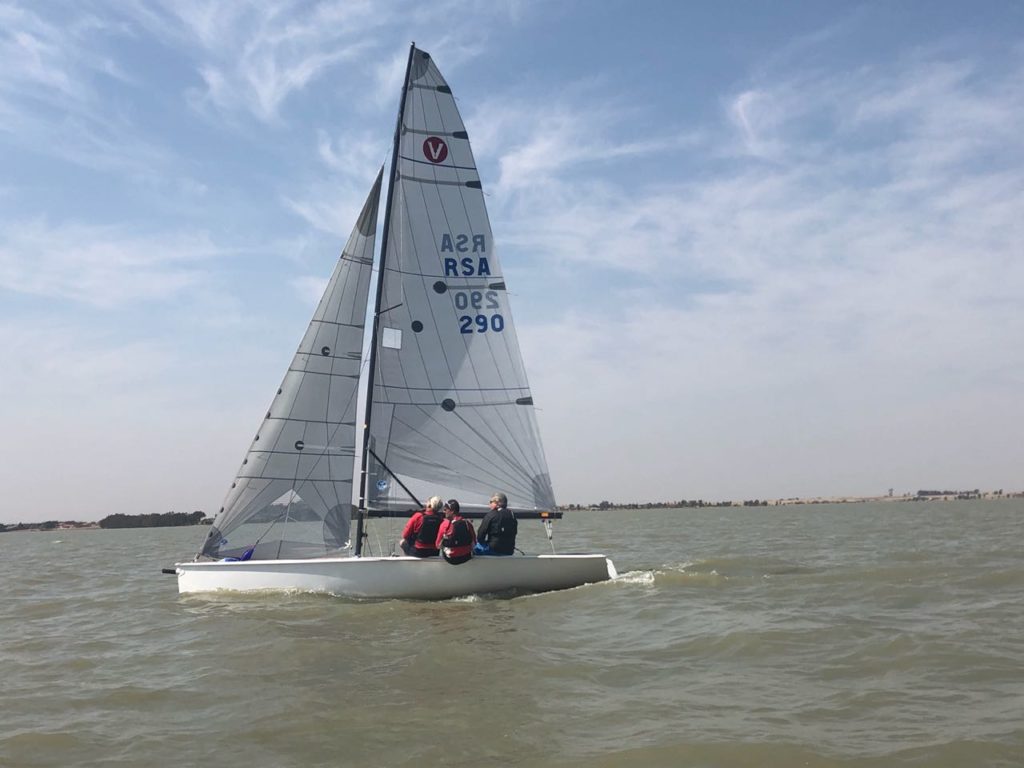 To keep costs realistic they started off by looking at secondhand boats, but the logistics of purchasing 4 boats in one place in order to fill a container was too daunting.

After negotiations with Rondar in the UK, Schon decided to purchase a new boat and was convinced by the class in the US and Australia to ship the boat to the Worlds in Perth, which he and his crew competed in earlier this year. During this time a secondhand boat that was being shipped to the Worlds from the US became available – and Nevan Lucas and Steven Haywood bought this boat.

“The Worlds in Perth was a really fantastic event” said Schon. “The scrutineering was the easiest that I have ever dealt with (only the bow sprit was measured at full extent) and the friendliness and support of the fleet was truly something to behold. The fleet was somewhat star-studded with a large compliment of former World Champions and America’s Cup sailors spread throughout the fleet. Another boon to this class is that no professionals are allowed to be paid for any Viper event (unlike the J70 and Melges 20)”.

Once the event was over, Plunkett managed to sniff out 2 second hand boats from Australia. He and Richard Wiederhold bought the one boat, and together with Schon they bought the other. 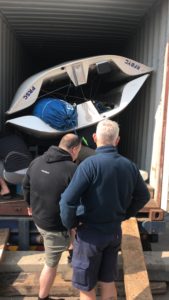 Three weeks ago the boats finally arrived at Manten Marina – a long delay as it took most of this time to get the paperwork sorted out in order to import second hand boats – and it has hardly been worth the effort due to the lengthy paper trail on secondhand boats, and the duties to be paid on these.

The first couple of sails on Vaal Dam have proven to Schon and Plunkett that the Viper 640 is the right boat for the local market, not only for inland conditions, but that it would certainly prove its worth in places like Langebaan lagoon. 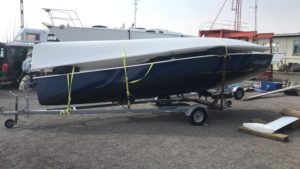 Now that the first 4 boats are here, all 4 boats are immediately on the market, so that they can hopefully place an order for the next 4 with Rondar.

Schon has committed to brining in the next container at cost (approximately R480 00.00 which includes a trailer and a suit of North Sails).

The class has also verbally committed that if we get 10 boats here in RSA, they would like to hold a Worlds in Langebaan in 2021. Hopefully by then the fleet will have grown bigger than that.