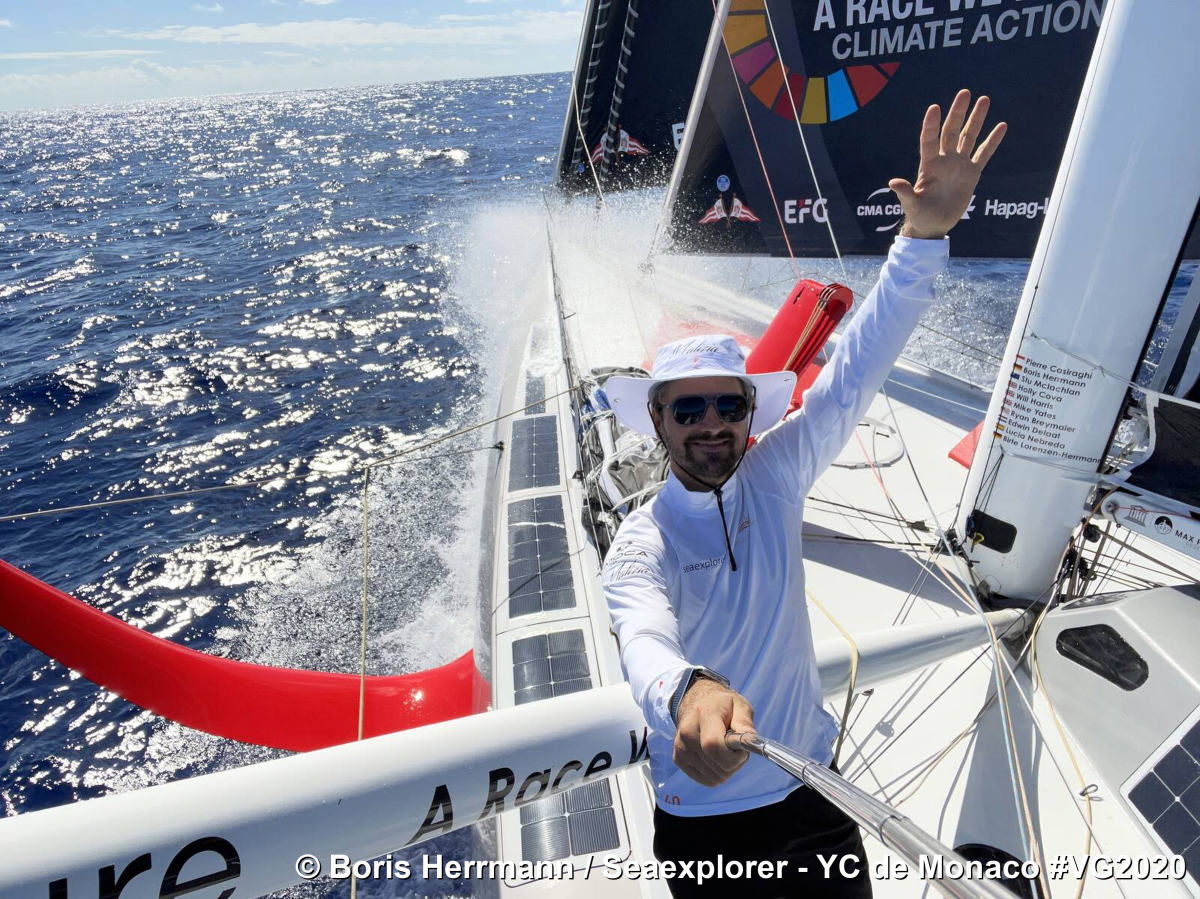 Boris Herman relaxed and getting pics to send back to us to ashore as he powers along in the top teens of boatspeed.

Skipper Nicolas Troussel is not injured. He is taking necessary measures to secure the boat. The situation will be reviewed at first light.

After Friday’s Power Play taunting Theta, Alex scored the most and as one scribe noted: “his course through Theta was classic Thomson – full on – as those chasing him opted for less muscular conditions to the West”

This morning Alex and ‘Hugo Boss’ are positioned some 270 miles to the west of the Cape Verdes in classic NE trades. Perched, but not poised, on his port hip lies Jean Le Cam still befuddling the fleet with his outstanding performance on his daggerboards. The theoretical view is that he should start haemorrhaging miles to the foilers in the trades, but as of this morning he is in second and hanging on!

The leading pack if we can call it that, are in similar conditions in the trades and Alex and his neighbours will all be down below studying the models for the upcoming threading of the Doldrums. Currently they are extending up to around 5°N and the idea is to get through unscathed and without the proverbial park up.

The ideal is to be first through, floor it, pray for the door to shut, get into the SE trades and extend on the fleet! Easy to write that, but not at all easy on the course. Approaching, transiting, and exiting the Doldrums is always taxing on any racing persons mind and especially so when in the lead with a chasing pack hoping that you park it up. Still 500 miles to the south, so some pleasant Tradewinds for the moment, albeit still a noisy affair as these carbon boats are not silent ones below! 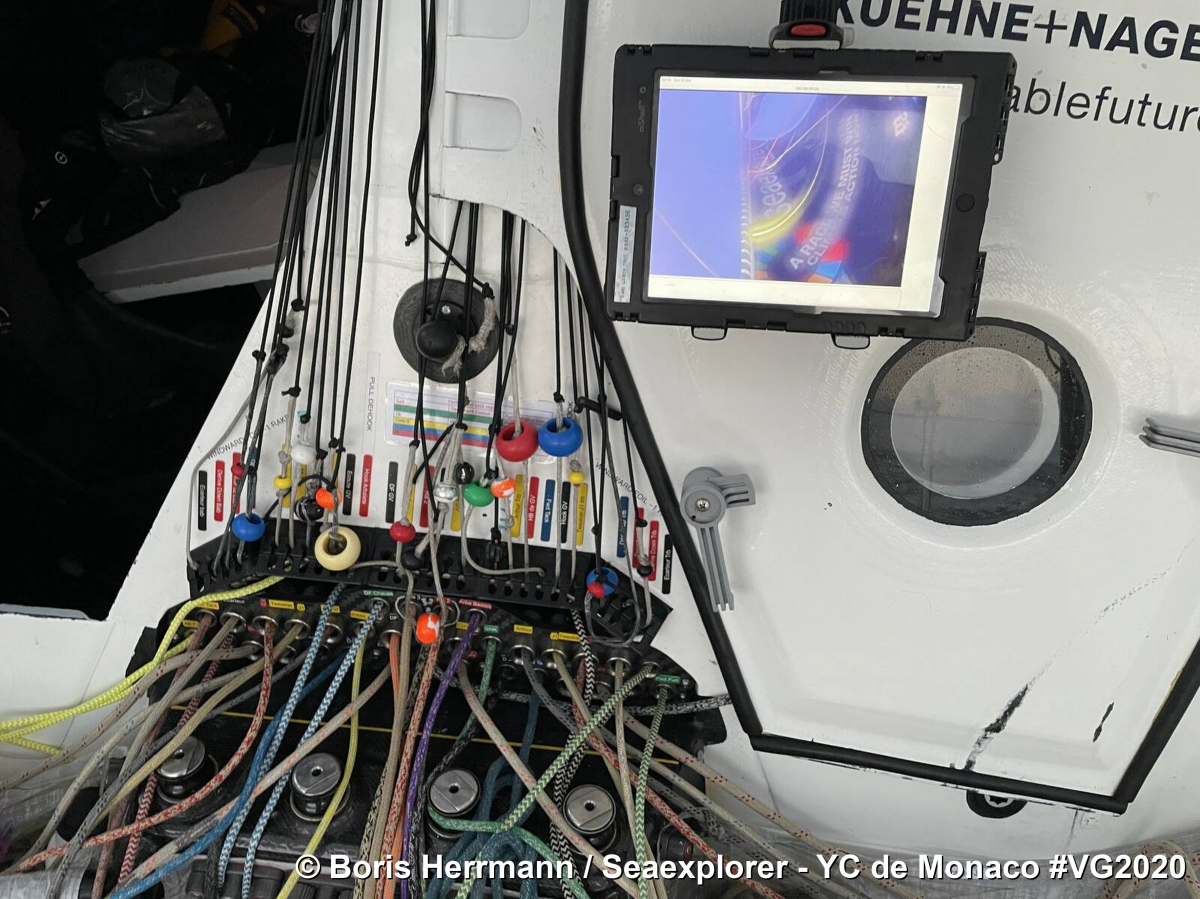 One hopes that Boris will still be able to decipher all this after a few tough days of little sleep. This is how it is aboard these thoroughbreds today.