by Rob Sharp
(Brought to you by Abromowitz Sharp & Associates – Yacht Brokers – https://www.yachtbrokers.co.za) 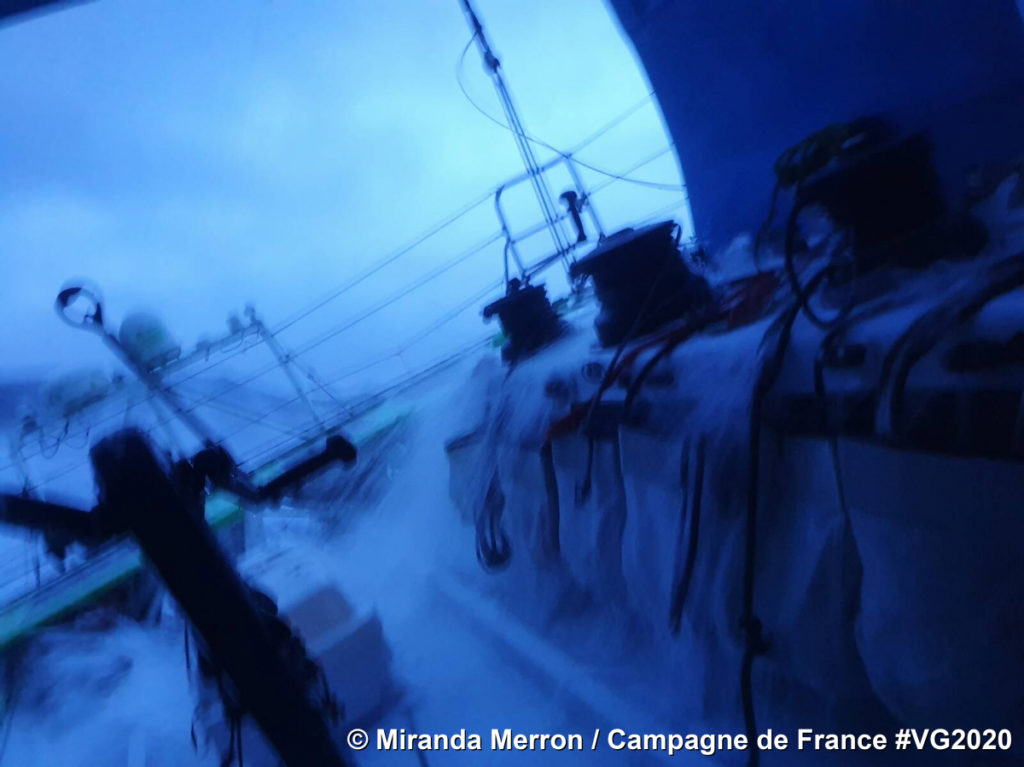 Over 300 miles SW – NE split in the fleet today. The Western front runners have had some vigorous downwind flying and are extending by the hour as the breeze eases off to the North.

The leader on the board today is the affable Jean Le Cam who at 61 is surprising a lot of the younger generation guys on his non-foiling daggerboard IMOCA 60 with this being the third Vendee the boat is doing.

To weather and NW of him sit 4 foilers with Alex Thomson the closet at 40 miles on his starboard bow. Alex’s boat speed on the snapshot of the entire fleet is the fastest and you will see a snapshot of the dashboard here with a max 28 knots in the last hour. The foilers will dominate this race and have not done so up to this point as the weather systems the fleet has dealt with has not really been foiler friendly. 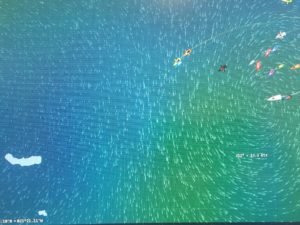 Later on today the quartet of ‘PRB’, ‘APIVA’, ‘LINKED OUT’ and ‘HUGO BOSS’ should dip down south below the Azores and being mindful of the depression below them tracking East, they will be threading their way between the light HP patch a smidgen east of Azores and the generous NW flow. The resultant NW flow from this depression will see some pretty impressive 24 hour runs I dare say, and early tomorrow morning should have crossed the 28° longitude and will be leading the fleet.

The depression is tracking towards Ilha da Maderia, but slides slightly south before the island and simultaneously dissipates leaving a patch of light air and some residual swell the northern part of the fleet will have to deal with in due course. Legs may well be made if they get caught up in these light airs, but the front runners will also have to deal with light variable breezes on Sunday arvo through into Monday. They must enjoy the flight for today and the next two days. 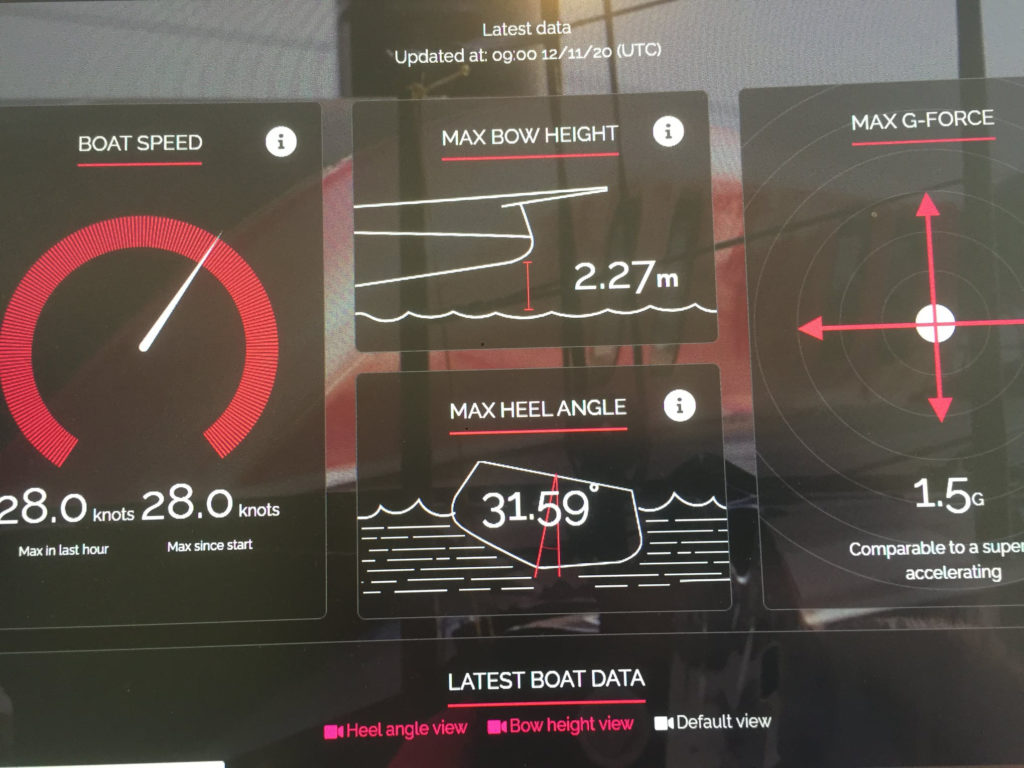 Breaking News
Beyou Turns Round After Sustaining Damage Off Finisterre

After a big night in fierce headwinds and rough seas off the northwest corner of Spain, Jérémie Beyou on ‘Charal’ has been forced to turn round and head back towards Les Sables d’Olonne.

Beyou set sail as the widely-regarded favourite for this ninth edition of the Vendée Globe, but an impact by a floating object on one of his rudders and various other problems forced the triple winner of the Solitaire du Figaro to head for port.

The decision is a huge blow for Beyou who came into the race in arguably the most well-proven of the new generation of foiling IMOCAs after winning the Vendee-Arctique-Les Sables d’Olonne Race and the Défi Azimut 48 Hours.

The damage to ‘Charal’ occurred as the fleet tackled a big frontal system off Cape Finisterre that saw the boats pounding to windward in winds gusting to 40 knots and confused seas.

‘Charal’ is not the only boat with issues. Armel Tripon on ‘L’Occitane en Provence’ was heading to the Spanish coast to sort out a broken halyard lock, but finally, having evaluated all possible technical solutions to replace the J3 Hook with the technical team of the boat, Armel Tripon resumed his route having secured his mast; he will wait until light conditions to proceed with the repair at sea.

This morning too, Kevin Escoffier on ‘PRB’ was coping with a large ingress of water as a result of a faulty valve on the self-draining system of one of the boat’s foil casings. 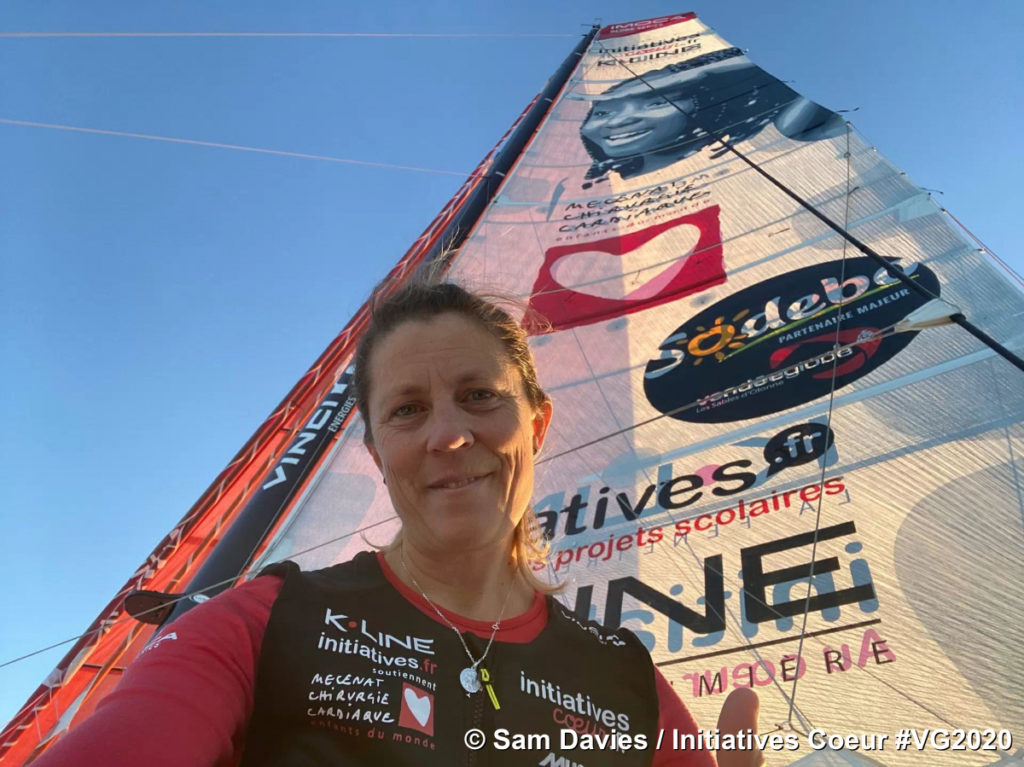