Vendee Globe Rescue. “He’s on Board with Jean!” 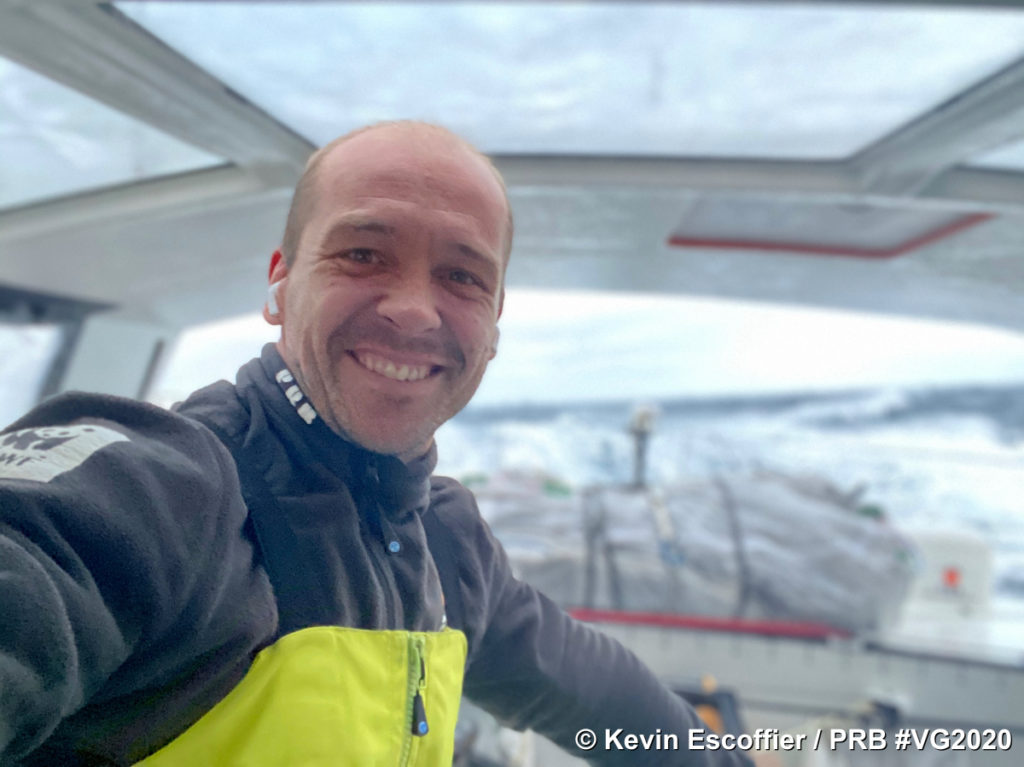 Escoffier had to abandon his IMOCA 60 PRB following damage yesterday afternoon around 13H46 UTC and took to his liferaft some 840 nautical miles SW of Cape Town.

The rescue mission was coordinated from Les Sables d’Olonne by Vendée Globe Race Direction in collaboration with CROSS Griz Nez and MRCC South Africa. The President of PRB, Jean-Jacques Laurent was at the Race HQ with race director Jacques Caraës and the race direction team assisting through the entire process.

“He’s on board with Jean!” These short words came as a huge relief for the whole team, for Escoffier’s family and all those involved in the Vendée Globe

Kevin has so far only been seen aboard ‘YesWeCam’ via live video as Jean Le Cam had his video system connected during all the search operations. No one has yet been able to talk with the ‘PRB’ skipper who just appeared smiling, bundled up in his survival suit alongside Jean Le Cam.

Vendée Globe race director Jacques Caraës outlined, “We sent Jean back to a position received by the CROSS Gris Nez, the position sent by the onboard EPIRB distress beacon. Météo France’s drift simulation also delivered a trace. Jean set off at 00H15 UT on our request to reach this point at reduced speed. He found no one at the given location. He then resumed its journey southeast for between 45 minutes and an hour. As he was making headway at 1.5 knots in a 20-25 knot wind under very reduced sail (3 reefs in the mainsail and no engine), he disappeared from the screen when suddenly we heard him talk. We no longer saw anyone. Then, a few minutes after 1H06 UT (time at which he had precisely to retrieve Kevin on board), Jean went back down to the chart table and then we saw Kevin arrive behind his back in a survival suit. They both appeared fit seconds before the video cut. He is fine. Everyone is well. They are recovering!” 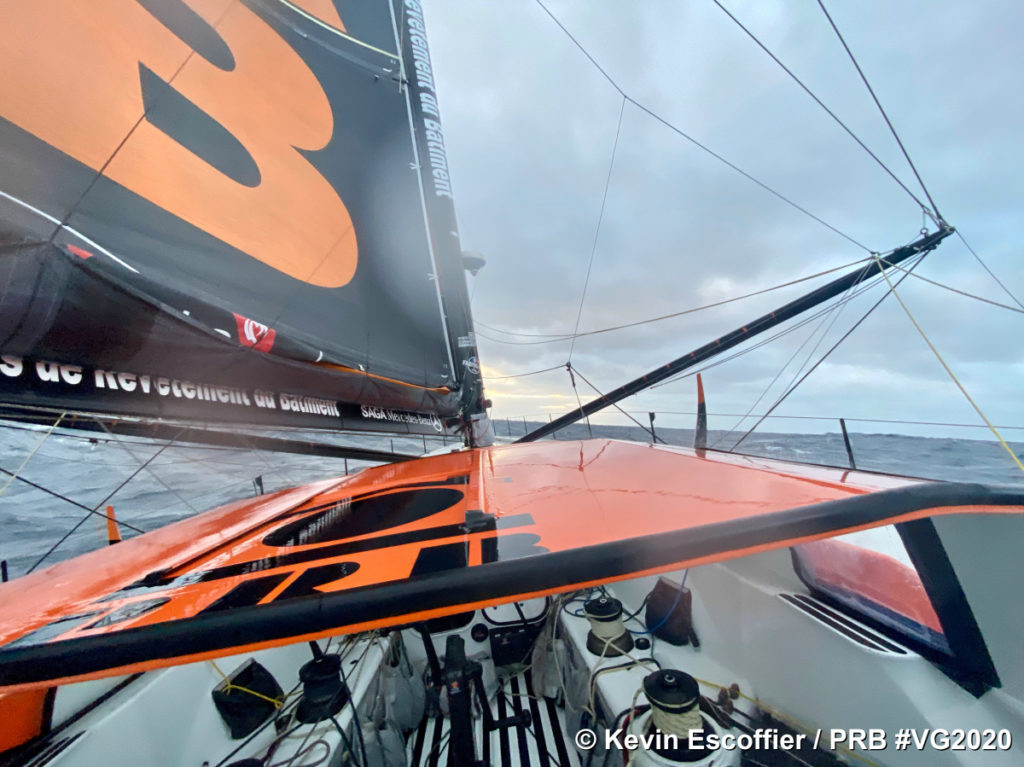 The whole TEAM PRB and the Vendée Globe community sincerely thanks Jean Le Cam and the three other skippers, Boris Hermann, Yannick Bestaven and Sébastien Simon who have worked heroically and tirelessly to find Kevin, as well as the race director, the CROSS Gris Nez and the MRCC Cape Town which coordinated the search

What few realise is that this rescue took place at night, and three other skippers besides Le Cam were asked to divert to his position to assist if necessary. They were Boris Hermann, Yannick Bestaven and Sebastien Simon to attempt rescue

Escoffier, 40, was in third place when he triggered his distress beacon. He was racing in a strong South Westerly.

At 13h46 (UTC), Escoffier aboard ‘PRB’ managed to send a message to his shore team, explaining that he had an ingress of water into his boat. The rescue authorities (MRCC Cape Town and CROSS Griz Nez) prepared an action plan in collaboration with his shore team, with Jacques Caraës and the Vendée Globe Race Direction team.

Jean Le Cam, the nearest competitor, who has been sailing his non-foiling IMOCA above and beyond, changed course to sail to the last position given by the boat when the beacon was triggered (40°55 S 9°18 E). Le Cam arrived in the area quickly established visual and voice contact with Escoffier who was in his liferaft, but he was unable to retrieve him in the big, 5m, seas and 20-25 knot winds.

As he was manoeuvring to prepare to get closer to the liferaft Le Cam lost sight of the liferaft and could not establish radio contact nor to pick up the signal from the AIS the range of which was reduced by the heavy seas.

He lost sight of Escoffier in the dying light, but continued to try and locate him.

The four skippers requested to assist were to follow a protocol established by Race Direction in coordination with Jean Le Cam. They were to approach with three reefs in the mainsail and the engine idling. A grid search area for the zone has been established and will be carried out by the four IMOCAs .

At 01H18 UTC Escoffier was rescued by Jean Le Cam.