Vendee Globe. Hurtling Down the Atlantic 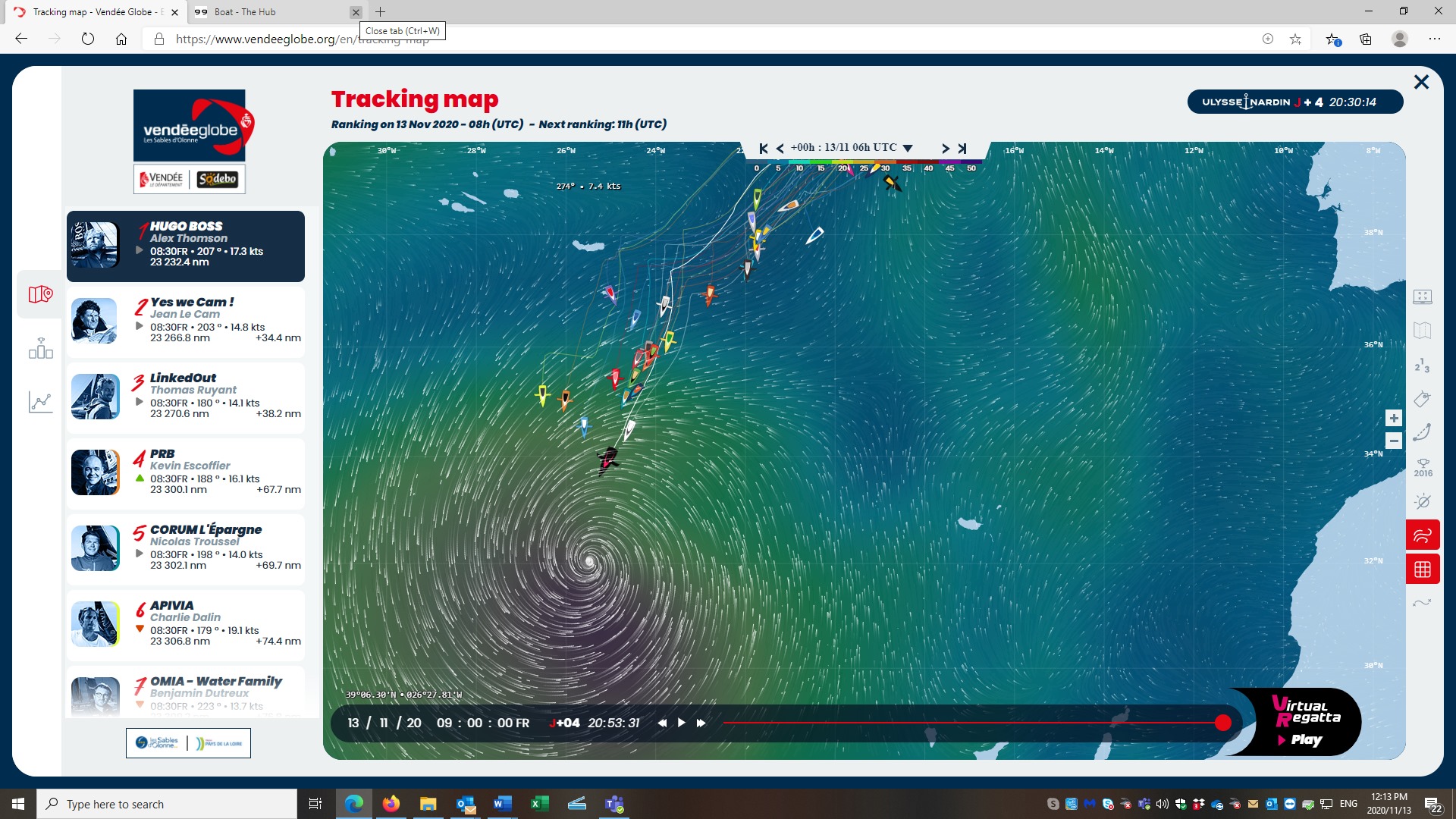 by Rob Sharp
(Brought to you by Abromowitz Sharp & Associates – Yacht Brokers – https://www.yachtbrokers.co.za)

Charlie Dalin (‘APIVIA’) dropped in a gybe last evening for what I guess was to put himself in a more favourable position in relation to the depression due south of the front runners. Maybe, maybe not, as I say, I am guessing that he was being prudent.

On the other hand, Alex Thomson (‘Hugo Boss’) saw, and seized the opportunity to floor it throughout the night and literally take aim for the west to east tracking depression, knowing that his boat speed verse the speed of the depression would allow him to arrive in a position that would put him at the back of the centre and drop down the west side at pace.

Fortune favours the brave springs to mind. Hurtling down the Atlantic aiming for big breeze is not for the faint hearted! Alex and this new ‘Hugo Boss’ are relatively unknown to his French competitors, for as you will remember he did not race in the Vendee-Artique – Les Sable d’Olonne race intentionally so he could keep his cards close to his chest. He sailed his own qualifier for this race and has waited for the right moment to unleash the power of ‘Hugo Boss’ that was designed by Alex Thomson Racing in collaboration with naval architect VPLP and built by Jason Carrington.

35 miles dead astern lies the dagger boarded ‘Yes We Cam!’ defying all the odds as he keeps up with the new foilers. Gusts of 45 knots are to be expected and this will not be an easy ride for the next 12 hours – that is a given. 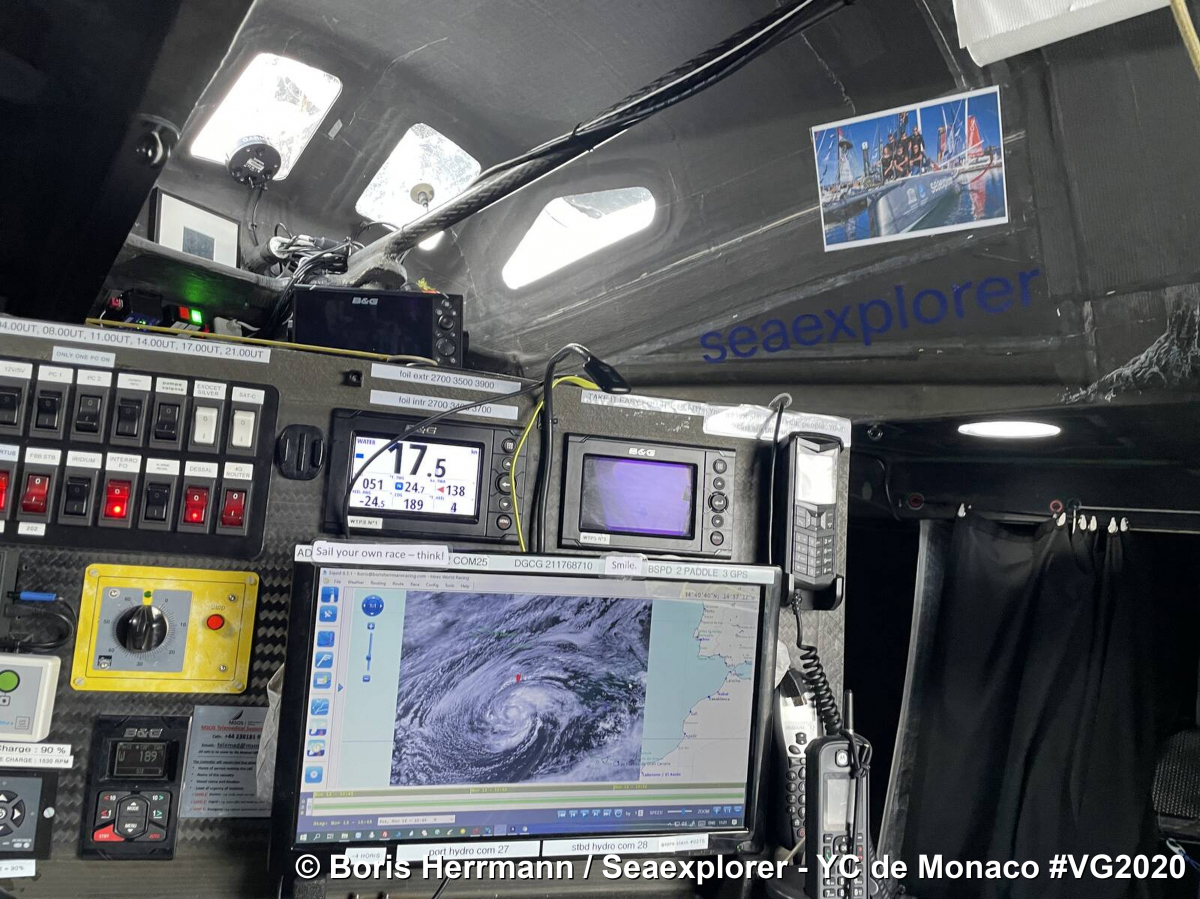 This is what Boris Hermann eats, sleeps and lives in aboard Seaexplorer – Yacht Club de Monaco