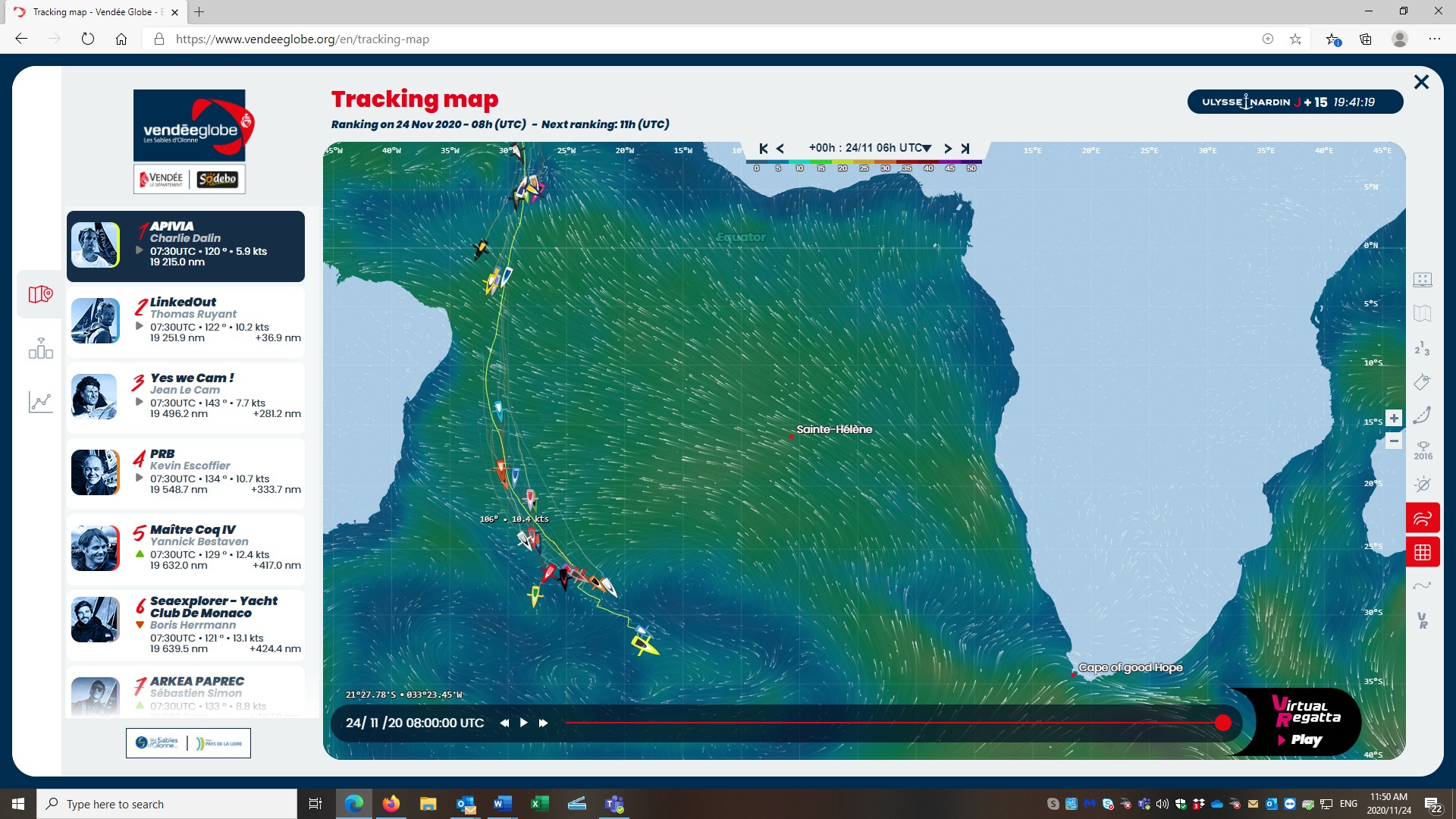 Four years ago, 12 days into the Vendee Globe, Alex Thomson and pre-race Anglo favourite struck a UFO and damaged one of his foils – 12 days in and he went on to finish second.

Fast forward four years, with a new gleaming Hugo Boss, after a somewhat glaringly different first 5 days of the 2020/21 version, and some 13 days after the gun, Alex discovered every solo sailors worst nightmare, in fact the nightmare of every sailor. Whilst carrying out his routine inspection he discovered structural damage to the central longitude up forward which had broken in multiple places.

He immediately dropped sails, headed west, contacted Team HB and detailed a plan forward. Whilst the team devised the recovery plan, Alex headed for his bunk for much needed sleep in preparation for what was to be a two-day repair job to the carbon inners of his VPLP designed flying foiler. Fortunately, the boat building spares box is well equipped for these eventualities and Alex being a fair handyman set to work under the expert guidance from his team. The only downfall of showing the world his handyman prowess is that lovely twin sister Sarah Louise commented that she knows who to call next time she requires home improvements!

Alex is now back in the game, as of earlier today, and finds himself some 380 miles behind new race leader Charlie Dalin (‘Apivia’). Both Dalin and second placed Thomas Ruyant (‘LinkedOut’) have been threading the St Helena HP needle with a series of gybes since 18h30 on the 22nd, and are both commanding a comfortable lead of over 280 miles over the “not so surprising anymore” Jean Le Cam (‘Yes We Cam’), who has been the Eastern most boat for an age and is clearly determined to sail the least amount of miles during this descent of the Atlantics!

The St Helena High for me seems quite low in the South at this time of the year allowing the west to east rolling lows to occupy higher latitudes than they do in the middle of our summer, that’s probably why it’s raining here today in what should be a balmy summers day in Cape Town.

The pair upfront have their work cut out for them as they seek the runway down south, and with their current SE trajectory will they have to fight their way through a massive HP ridge to breach the 40 degree parallel and dive deeper still in search of the lows.

Spare a thought for the backmarkers some 2400 miles to the North languishing in the doldrums, you will remember how the front runners had a smooth passage through the ITCZ. Hot and windless days have been the order of the day for the cluster of 6 IMOCA’s as they desperately eke out miles south in search of the somewhat elusive trades. Another group of 5 have escaped and are now in decent breeze just a smidgen south of Neptune’s line of 0°and are in firm SE Trades. 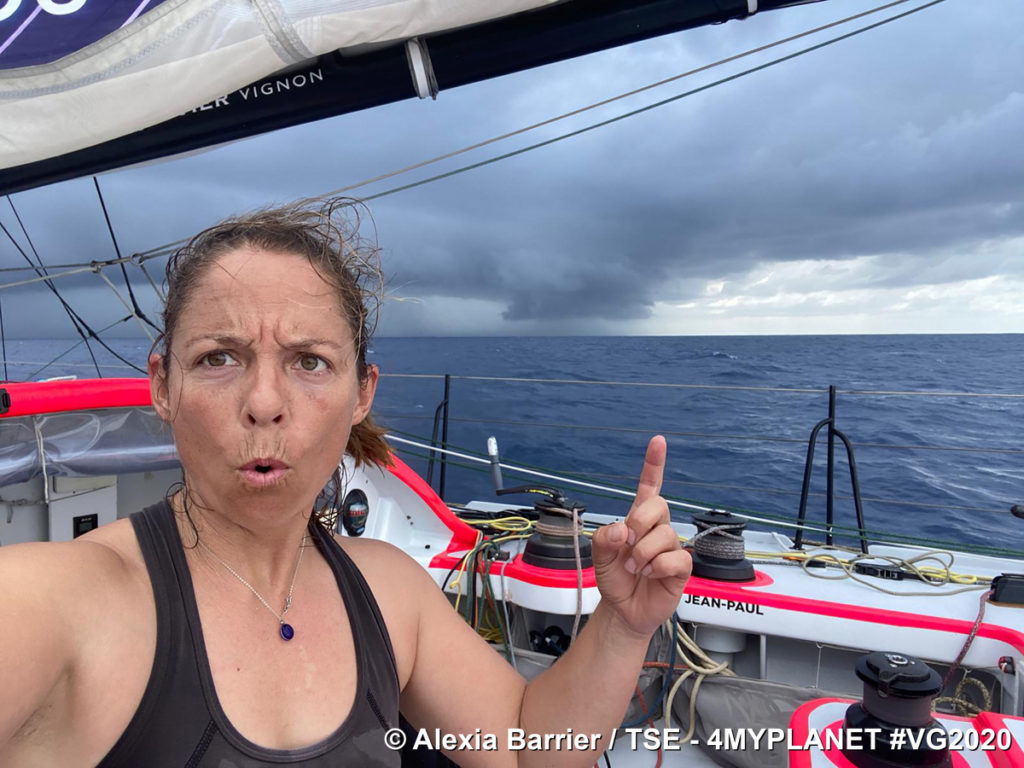 Alexia Barrier pointing to a rain squall she was keeping a weather eye on.