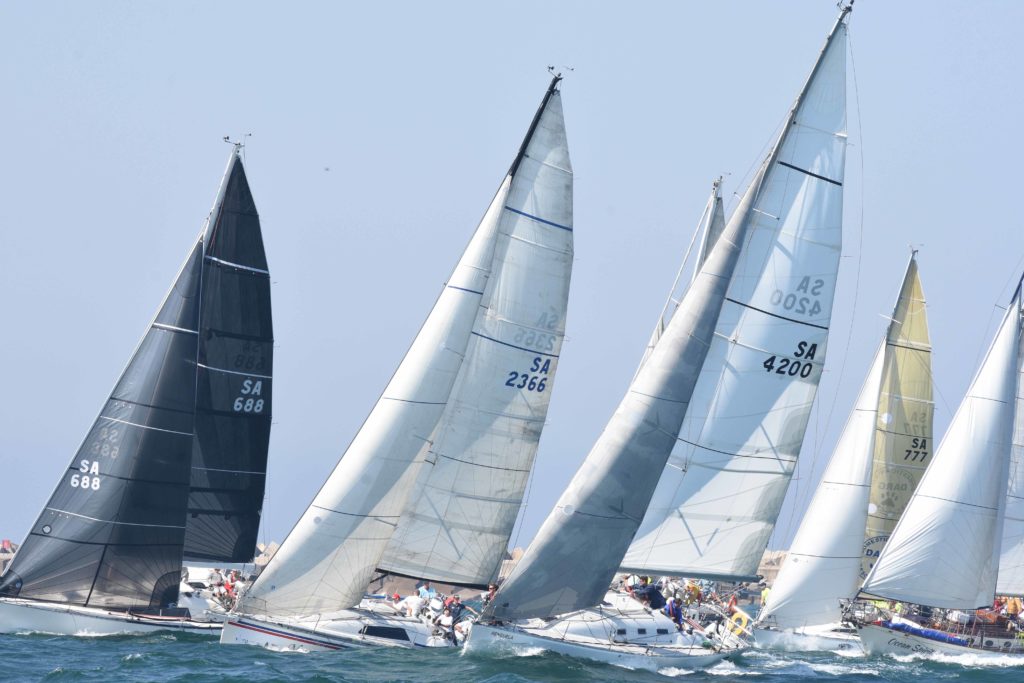 This was a ‘David and Goliath’ race – one of extreme contrasts and a battle between big and small.

The weather, as I suppose one has come to expect, played a tough hand to competitors, with a complete compliment of good running downwind, strong headwinds to put it mildly, and patches of very light or no wind at all.

That’s what makes it challenging, that’s what makes it attractive to those with a bit of ‘vasbyt’ in them and a backbone to suck up the good with the bad – while all that provides a large dollop of satisfaction, sense of achievement and pride once across the finish. 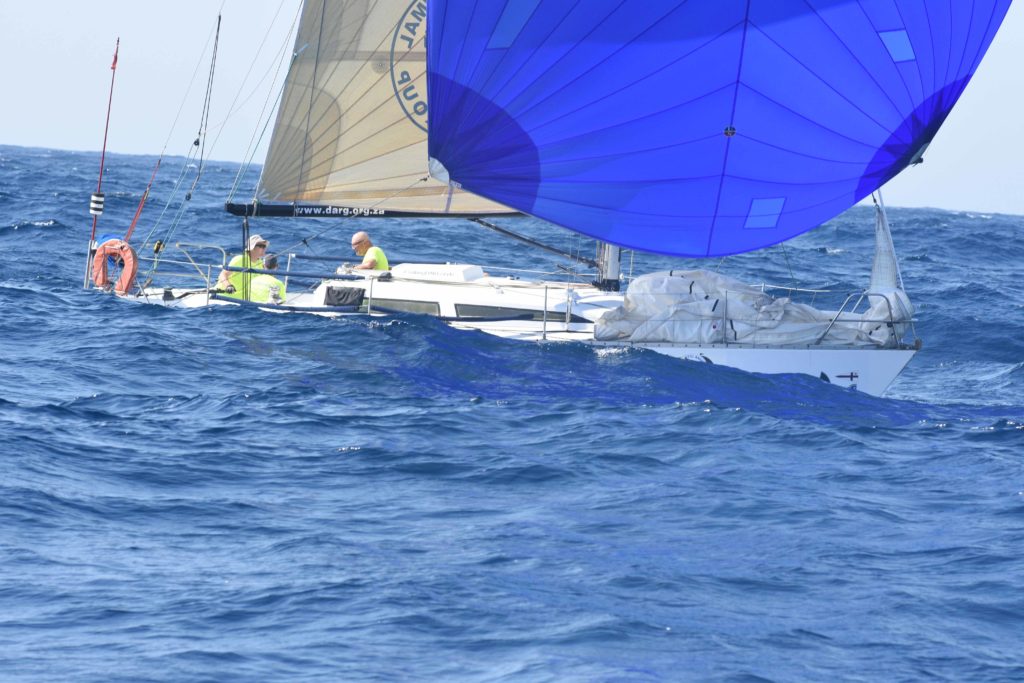 Sailing races of this nature I have likened to walking around with a stone in ones shoe. When you take it out it feel so good! That’s the feeling at the finish.

The David and Goliath battle began developing when Leon van Niekerk’s ‘Chinook’, a Farr 38, was dismasted just a few hours after sunset on the first night, and later that night ‘Wallbanger’ shredded her main. That dismasting took out one of the race favourites. 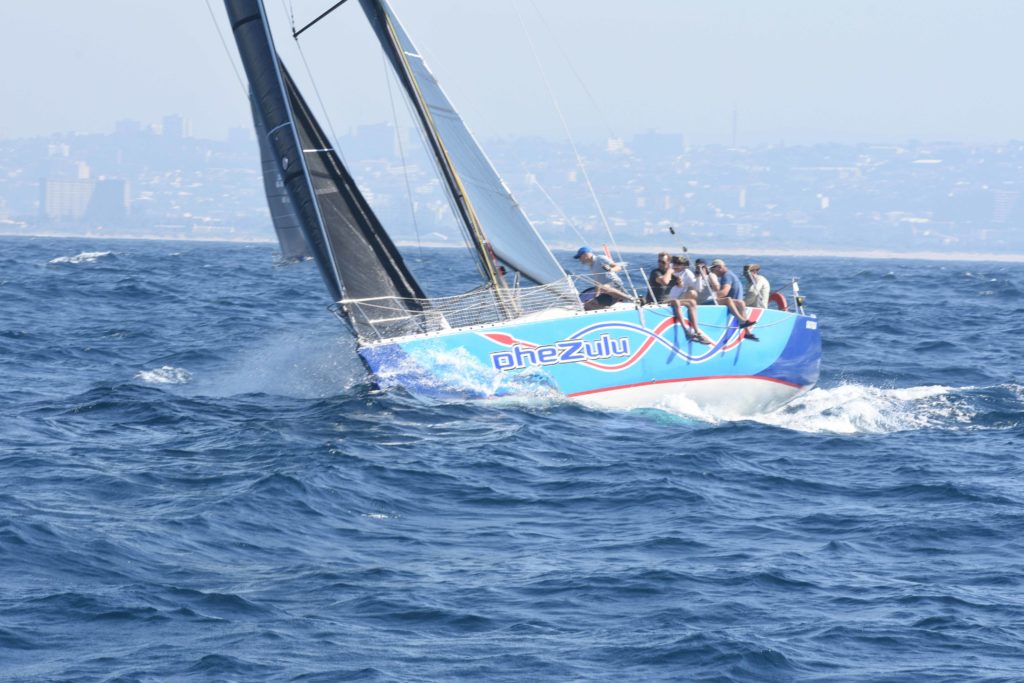 The following day was a long day of light winds followed by another South Westerly which clubbed the fleet, and further retirements ensued, leaving just the biggest and smallest boats in the fleet to slug it out for glory. While it is never an exact science in determining wind speed sailing upwind in a gale on open water, estimates were between 40 and 60 knots.

By sunset on the second night there were just two boats left, ‘Phezulu’ being the biggest at 42-feet (Fast 42), and ‘Seaport Supply DARG Shadowfax’ as the smallest at just 33-feet (Charger 33).

The ‘DARGS’ were sailing out of their smelly, wet socks, and were a constant threat to ‘Phezulu’, even at one point being the leader on both line and handicap honours. Her crew were not letting up, and not letting the conditions get to them. They ploughed on, sailed hard, sailed fast, and sailed smartly too. Bernard Farmer reported after the race that they had excellent help from the Agulhas Current, with current speeds of between 3 and 5 knots at times. He said he purposely monitored the current, and would tack or gybe back into it if he felt they had sailed out of its narrow band. That’s a massive advantage – especially when the winds were light. 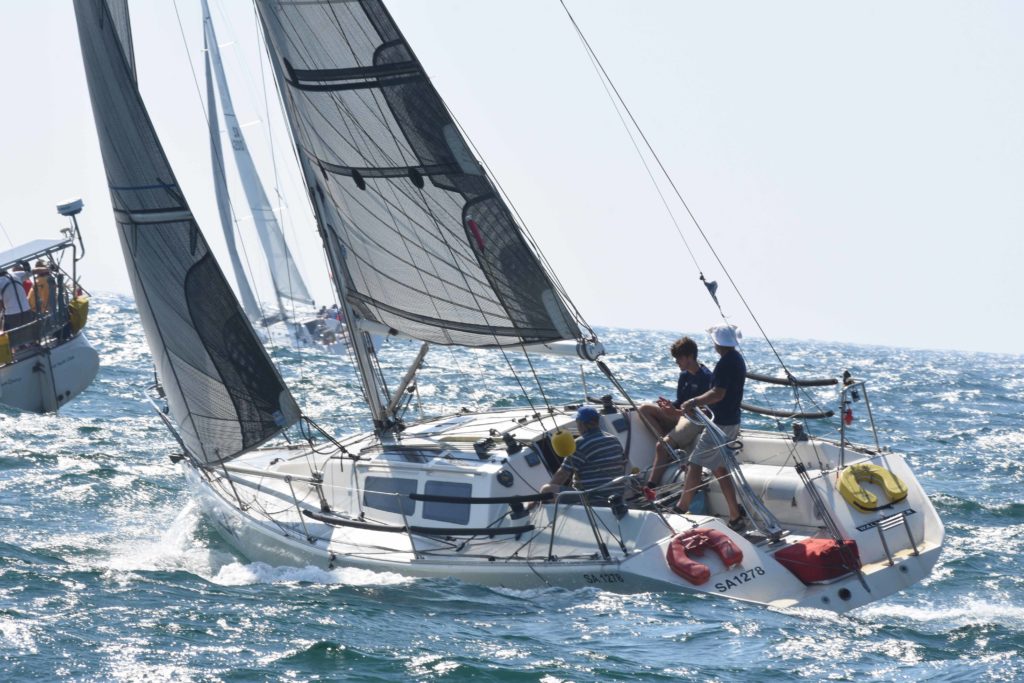 Being a boat with immense character in terms of their many supporters who were following the race to raise funds for DARG – the Domestic Animal Rescue Group, and were led by the equally charismatic and determined Bernard Farmer who was not going to disappoint or let down his supporters nor the DARGs.

To have finished less that 4 hours behind ‘Phezulu’ was a massive performance and one which brought them the overall honours of being winners of the 47th Vasco da Gama Ocean Race. 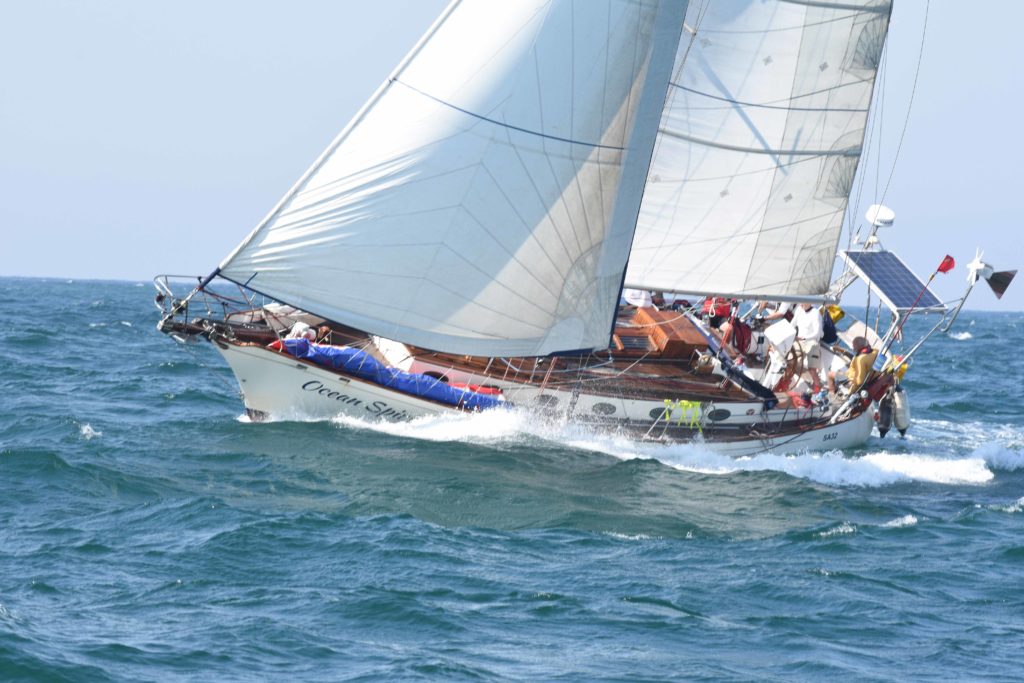 Nigel Milln of ‘Phezulu’ is also an enormous character who has many Vasco’s under his belt, and who has won it 4 times previously. He has a following of good crew and always sails to win, no matter what, and having had a race against time to fully overhaul and modify his boat for this race, he made it by the skin of his teeth, yet had to race an untried and untested boat which is never ideal. Yet he came through almost unscathed with only his electronics not performing and a personal sense of relief and achievement.

A significant aspect of this race is that the satellite tracking system which records the position of each competing boat every 15 minutes, and then computes the line honours and handicap honours at that time, brought the race into the homes, offices and onto personal electronic devices of thousand of people, almost makes the race live.

The public following of the race was again outstanding and huge. Ocean races without the reliable tracking as we had provided by YBtracking, sponsored by GIMCO (Gutsche Investment Management Company), will simply never rise to great heights.

Six boats retired into East London, a convenient hidey-hole about 260nm into the course. The reasons for retirement were all very different, and all very valid, but mention must be made of Mark Devitt who skippered Benguela with a crew of 7 ‘Vasco Virgins’ from the 2 Oceans Maritime Sailing Academy, and was always in touch with the fleet, and even challenging them at times. Regrettably during one rough patch he was washed off the wheel while helming and was later diagnosed with a fractured pelvis after docking in East London. 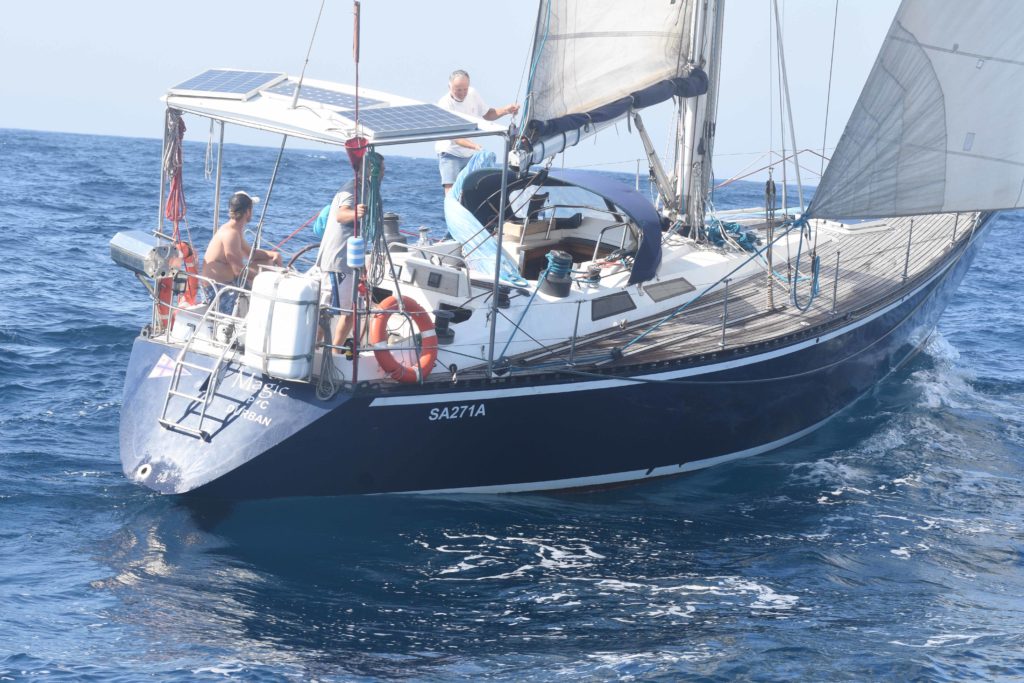 The tracker certainly reveals a ton of useful information if one drills down into the available info. What was noticeable is that some crews were simply not able to sail upwind effectively, putting long tacks out to sea and then tacking back inshore to have gained very little. A suggestion is that sailing upwind is something those skippers should practice in their build-up to the race in future.

Finally, and to me, the number of ‘Vasco Virgins’ and under 25 year-olds competing the race is noteworthy. 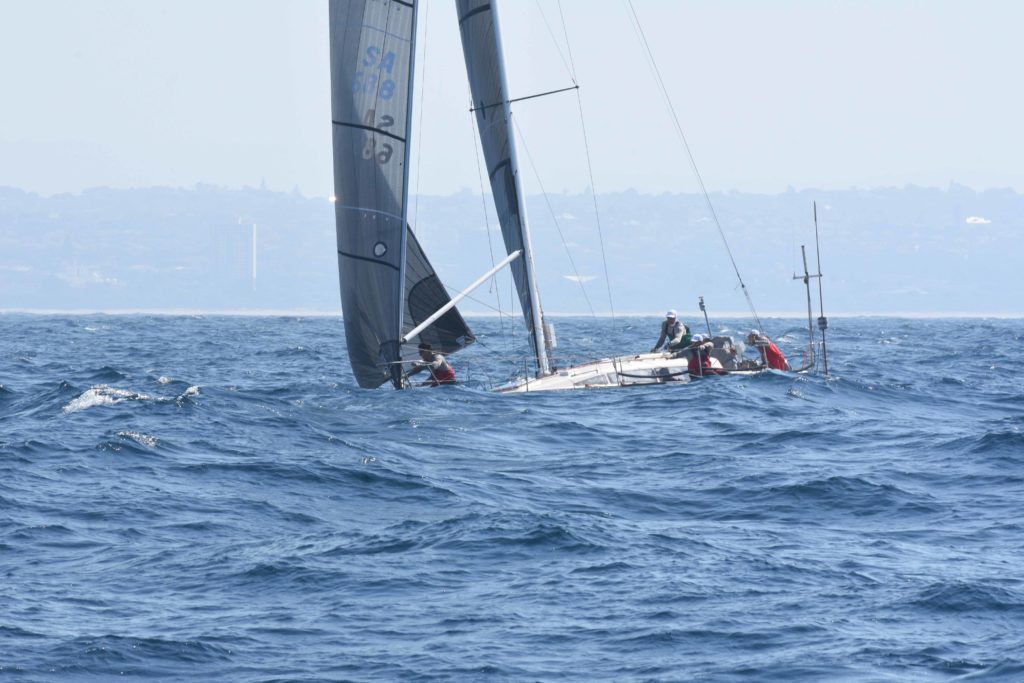 There were 19 ‘Vasco Virgins’ doing their first race, with that number equating to some 40% of the total crew compliment, while there were 11 under 25s – the youngest being 18. These figures auger well for the future. 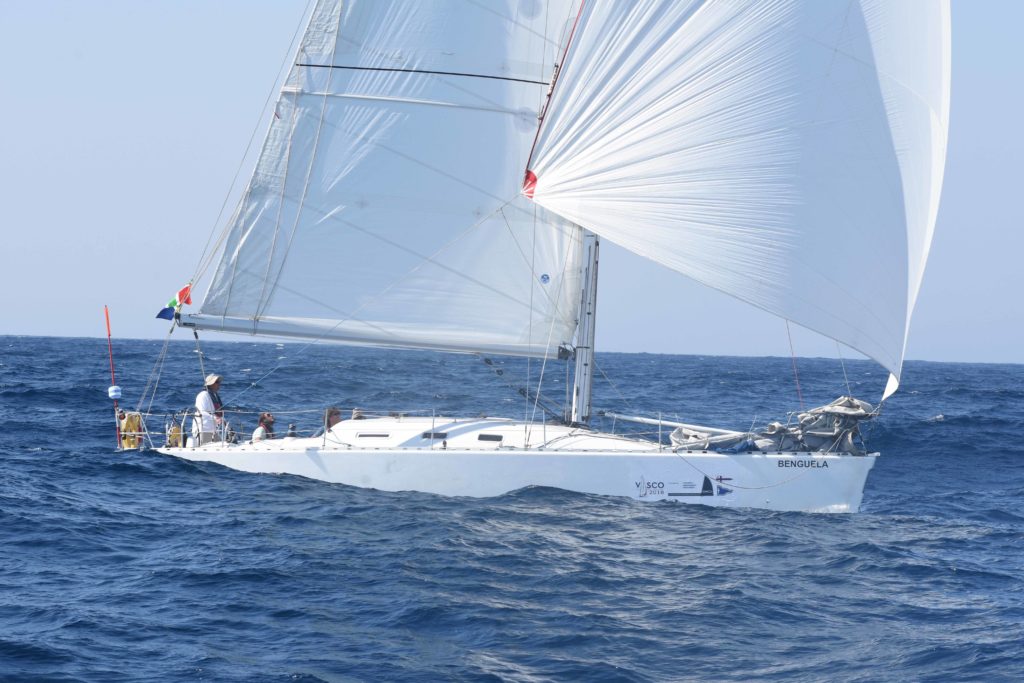