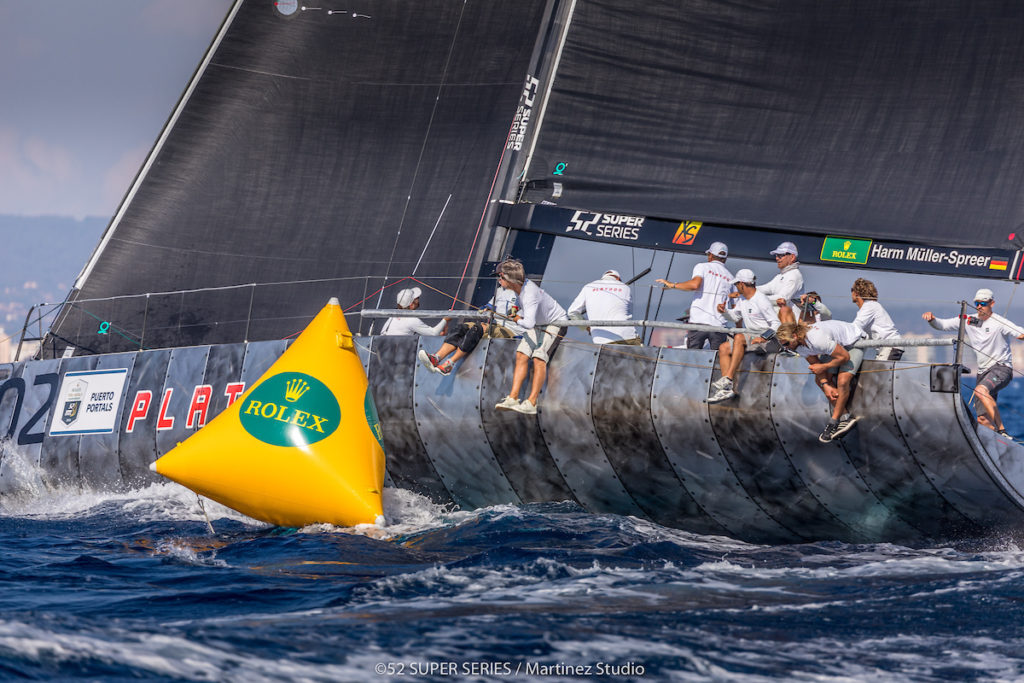 A testing, northwesterly offshore wind of 12-17kts produced fantastic racing conditions today at the Rolex TP52 World Championship on the Bay of Palma ‘Platoon’ took control of the title race. They posted two first places and a fifth to lead the championship by seven points going into the final day today..

The 2017 world champions stepped clear of the pack, sailing smart and fast, they did start each of the three races on the back foot, forced each time to climb through the fleet. After seven races their average points score per race remains three points.

They have retained the level of consistency that would normally lead to a regatta win. Unfortunately ‘Sled’ did not manage to capitalise from their position at the top of the world championship standings. Two penalties sent them to fifth overall, now 19 points distant from ‘Azzurra’, which lies second.

The north westerly breeze was something of a pleasant surprise for most of the teams that had expected to race in a light, standard, Bay of Palma sea breeze. The offshore breeze was pleasingly steady in mean direction, but phased left and right to present plenty of opportunities for place changes. ‘Platoon’s’ Olympic gold medallist and America’s Cup winner Jordi Calafat relished the chance to sail in a northwesterly breeze that is rarely seen in summer on his home waters, the Bay of Palma, where he trained and raced during his formative years.

‘Azzurra’ are still very much in contention for the world title, but need something to derail ‘Platoon’s’ train of consistency. 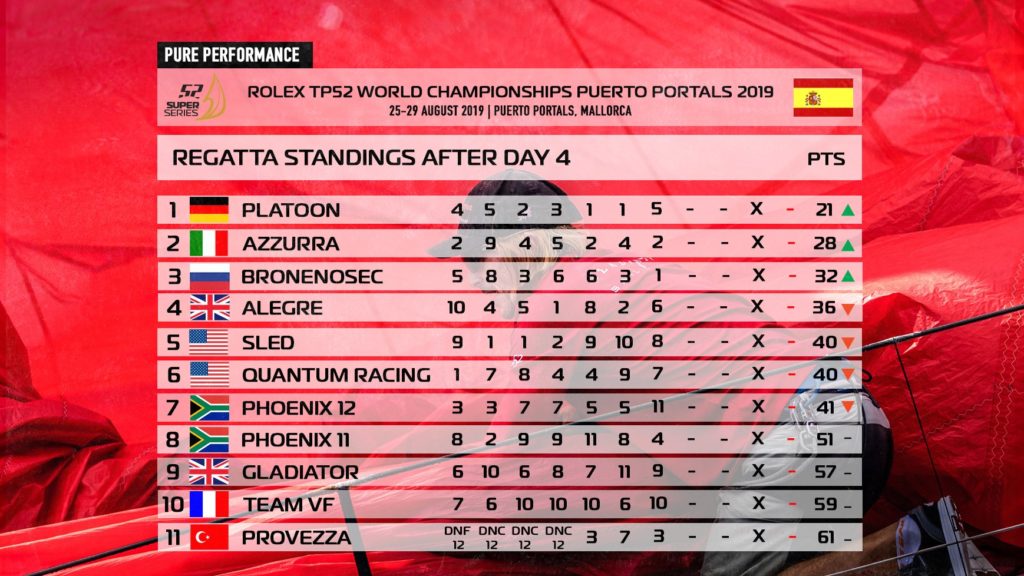