It’s a sad day for sport and sporting fans as the Olympic Committee have just announced the postponement of the Tokyo Summer Olympics and Paralympics.

It’s even a more sad day for our South African sailors, Benji Daniel and Alex Burger (49er), and Kai Leslie (Laser), who have given huge amounts of effort in training both locally and internationally, and who have competed in several key international regattas at great cost.

Daniel and Burger started their campaign in earnest in December 2018, and have put in thousands of hours on the water at home and abroad. 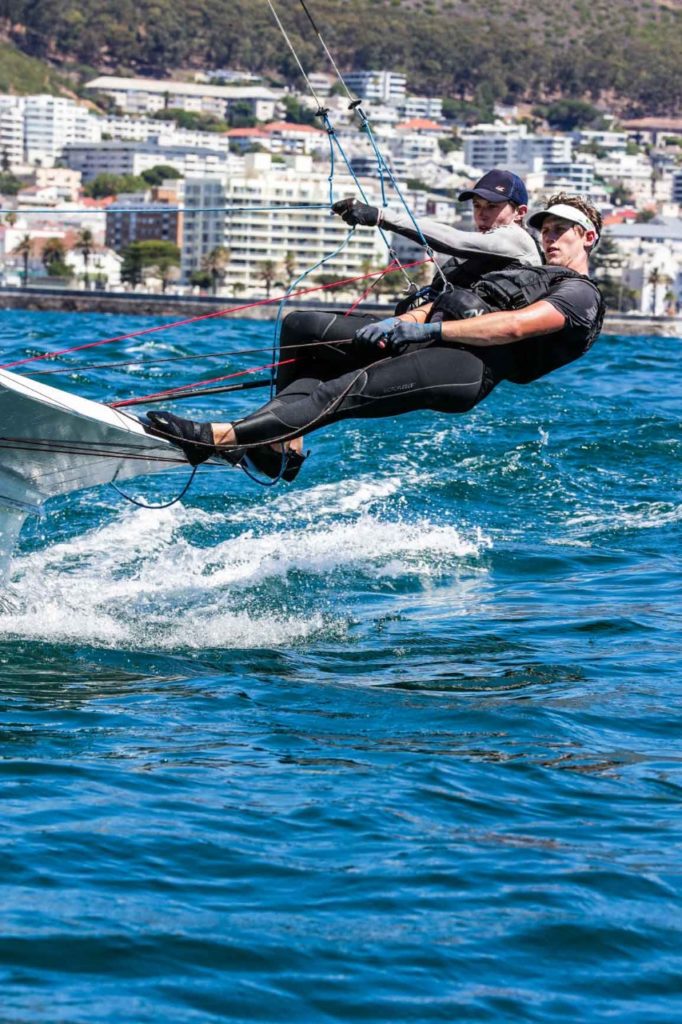 Benji Daniel on the helm with Alex Burger on trapeze.
Pic by Liesl King

It’s not easy for them right now as they both have to consider whether they continue their training after lock-down, or simply chalk it up to experience, all the while handling the massive disappointment. That’s a decision they will have to take together as a team, and with input from their coaches and advisors.

The monetary cost and sacrifice is undoubtedly massive, although that was a given and known long before they chose the Olympic path.

The path to living the Olympic dream is well known as being a path littered with obstacles and disappointments along the way, so this postponement must be a huge and bitter pill to swallow.

Sterkte guys – you have done us proud to this point, and you will be fully supported in whatever decision you finally make.

The President of the International Olympic Committee (IOC), Thomas Bach, and the Prime Minister of Japan, Abe Shinzo, held a conference call this morning to discuss the constantly changing environment with regard to COVID-19 and the Olympic Games Tokyo 2020.

President Bach and Prime Minister Abe expressed their shared concern about the worldwide COVID-19 pandemic, and what it is doing to people s lives and the significant impact it is having on global athletes preparations for the Games.
In a very friendly and constructive meeting, the two leaders praised the work of the Tokyo 2020 Organising Committee and noted the great progress being made in Japan to fight against COVID-19.

The unprecedented and unpredictable spread of the outbreak has seen the situation in the rest of the world deteriorating. Yesterday, the Director General of the World Health Organization (WHO), Tedros Adhanom Ghebreyesus, said that the COVID-19 pandemic is “accelerating”. There are more than 375,000 cases now recorded worldwide and in nearly every country, and their number is growing by the hour.

In the present circumstances and based on the information provided by the WHO today, the IOC President and the Prime Minister of Japan have concluded that the Games of the XXXII Olympiad in Tokyo must be rescheduled to a date beyond 2020 but not later than summer 2021, to safeguard the health of the athletes, everybody involved in the Olympic Games and the international community.