This is the Longest Sailable Straight Line Path on Earth 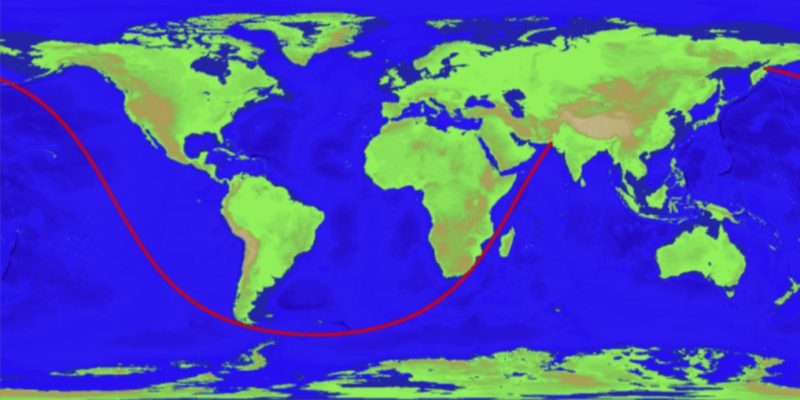 In 2012, reddit user kepleronlyknows posted a map claiming to show the longest straight line a vessel could theoretically sail on earth without hitting land.

The map showed a route from Pakistan, through the Mozambique Channel, around the Cape of Good Hope and Cape Horn, and north through the Pacific to eastern Russia. The user provided no details about how he came to his conclusion, writing only “The Longest straight line: you can sail almost 20,000 miles in a straight line from Pakistan to Kamchatka Peninsula, Russia.”

The post generated a lot of interest and led to subsequent attempts to prove and disprove kepleronlyknows’ route, while some others chimed in with their own theories about the longest sailable straight line earth.

Now, some six years later, a pair of researchers have developed an algorithm claiming to solve the problem once and for all. Interestingly, what their models showed looked nearly identical to kepleronlyknows’ original route. 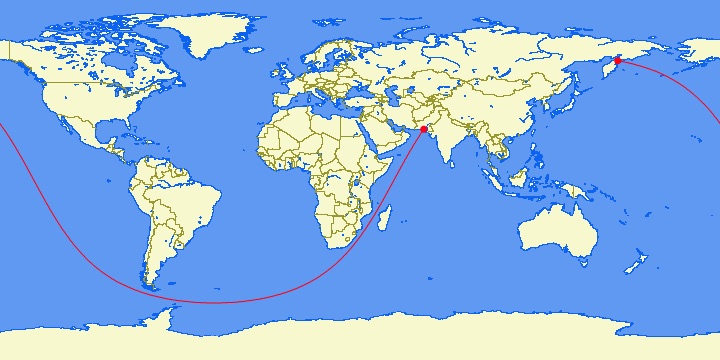 According to the authors, Rohan Chabukswar and Kushal Mukherjee, the longest straight line path on earth can be found using “branch-and-bound” algorithm, which the authors say uses great circles.

“Although it does not look like a straight line on the map, the algorithm using great circles ensures that it is,” Chabukswar and Mukherjee noted.

In their conclusion, researchers Rohan Chabukswar and Kushal Mukherjee write:

“We proposed an innovative approach for relaxation of an optimisation problem for utilising the branch- and-bound algorithm. On the way, we managed to prove that kepleronlyknows was right about the longest sailable straight line path on the Earth.”

You can read the full research paper HERE

This article was first published in gCaptain:  http://gcaptain.com