“Talking Sailing” from my Archives. The Sprog Dinghy As Written by Her Designer 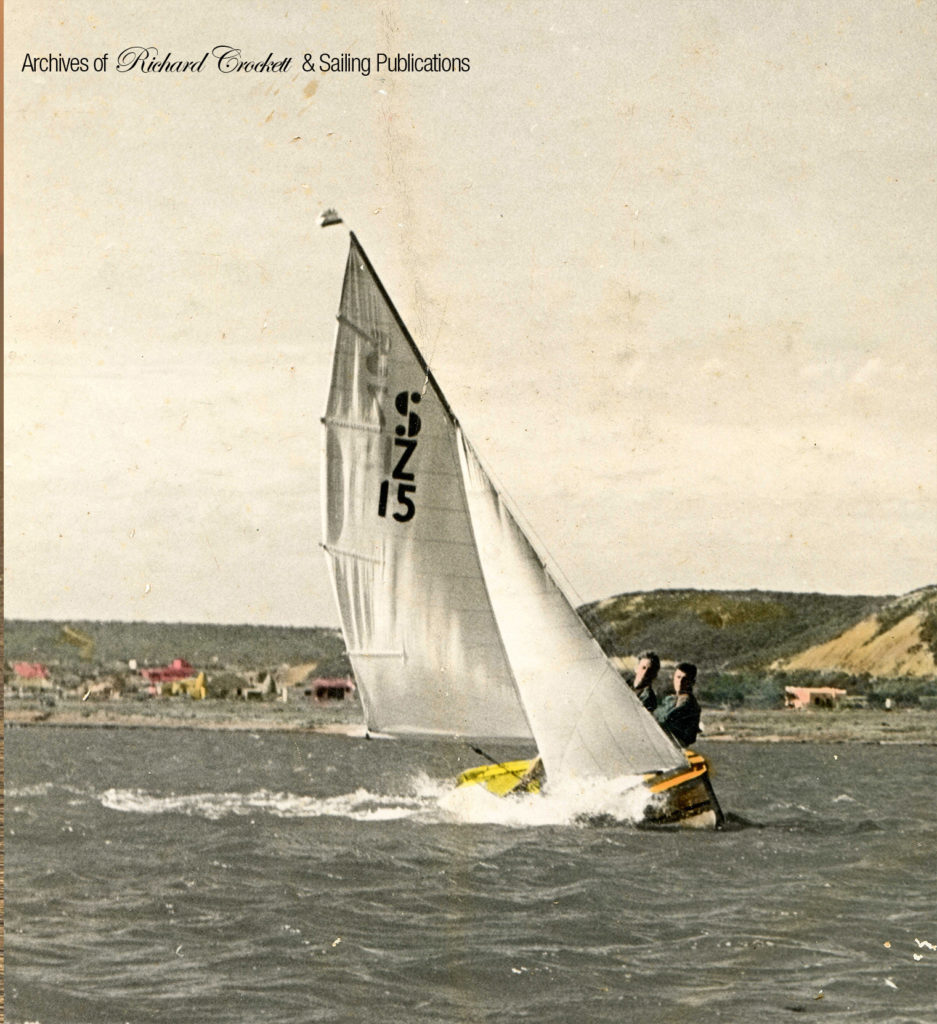 Stroppy – a hand-coloured image of her at speed. 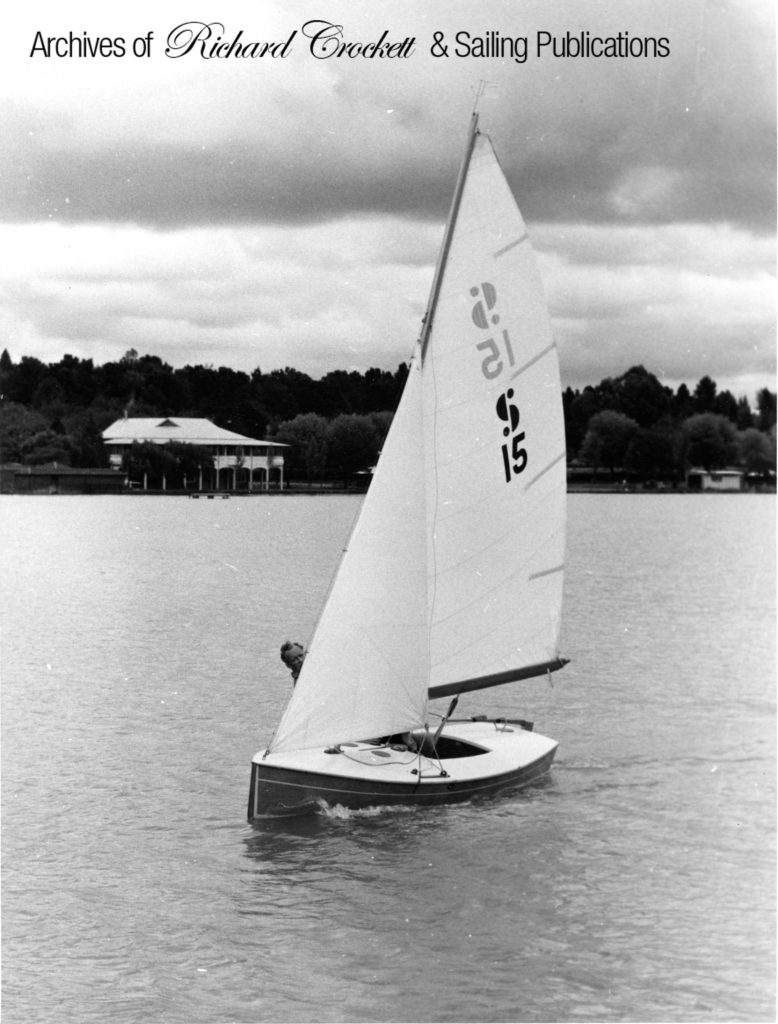 Stripey – the second boat Herbert built for himself.

The Sprog dinghy is almost 75 years old, but sadly is no longer a force to be reckoned with in local sailing. In its heyday it was often said that unless one had won a Sprog National title, you were not one of the “greats” in local sailing! And that list of Sprog national champions does read like the “Who’s Who of sailing in this country”.

I have chosen the Sprog for today’s feature as I have just had a reader ask me for its history as his computer had been stolen, and with it the Sprog history I sent him several years ago.

Stroppy was the very first Sprog, and rather than call her the first, she should be referred to as the Sprog prototype. That gallant boat was built from plywood salvaged from the ocean liner Mauritania which had been stripped and converted into a troop ship. To this day she still exists in a dusty basement of the Port Elizabeth museum.

Found in a sad state of disrepair some years ago, Frans Loots offered to restore her to her former glory, which he did – and what a magnificent job it is – yet still she cannot take pride of place in the museum and continues to languish in the dusty basement. Wouldn’t it be good to find a permanent place of pride in which to display this piece of nautical history?

So without further ado, follow this link to read the lengthy and very interesting account of “How it all began” – which was written by Mc Williams himself.

READ THE LINK HERE:  sprog – HOW IT ALL BEGAN 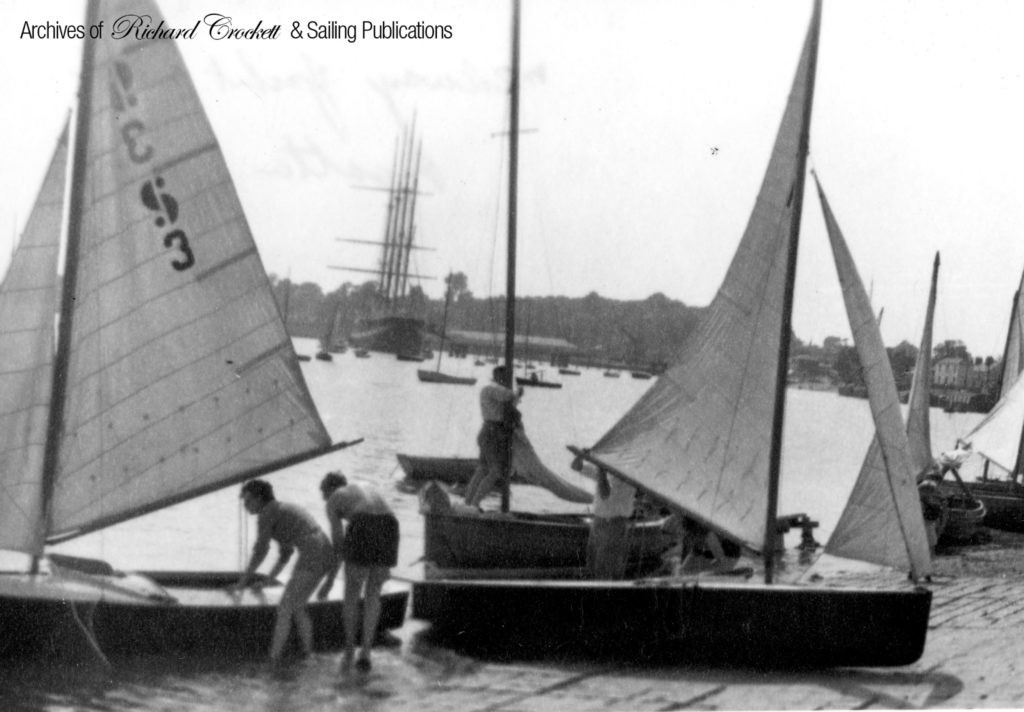 The date of this is unknown, although the vessel in the background should give a hint! 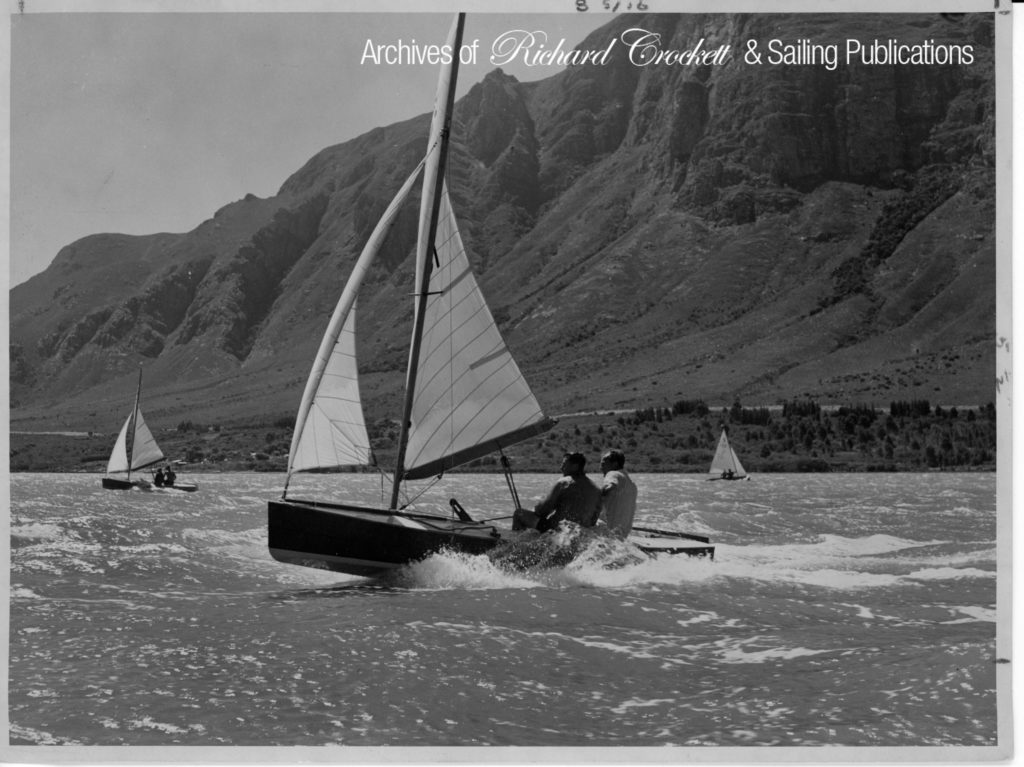 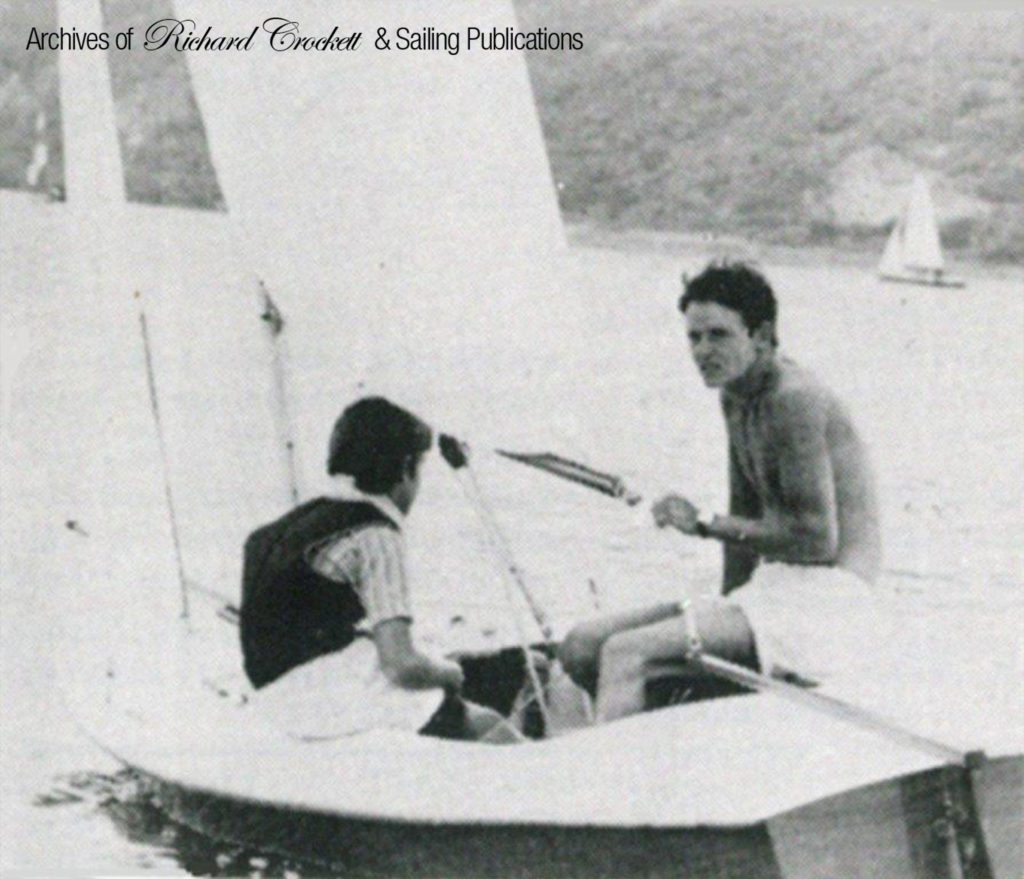 Topher Hancock. The date is unknown.
pic by Ian Giles 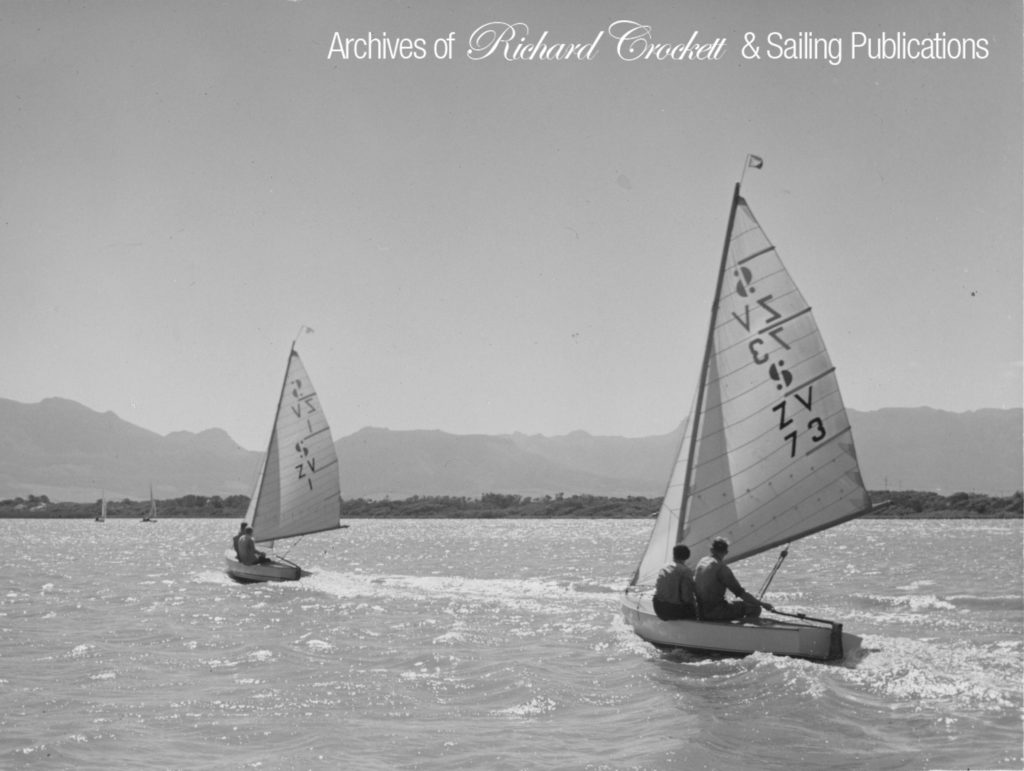 Undated and very old judging by the sail numbers. 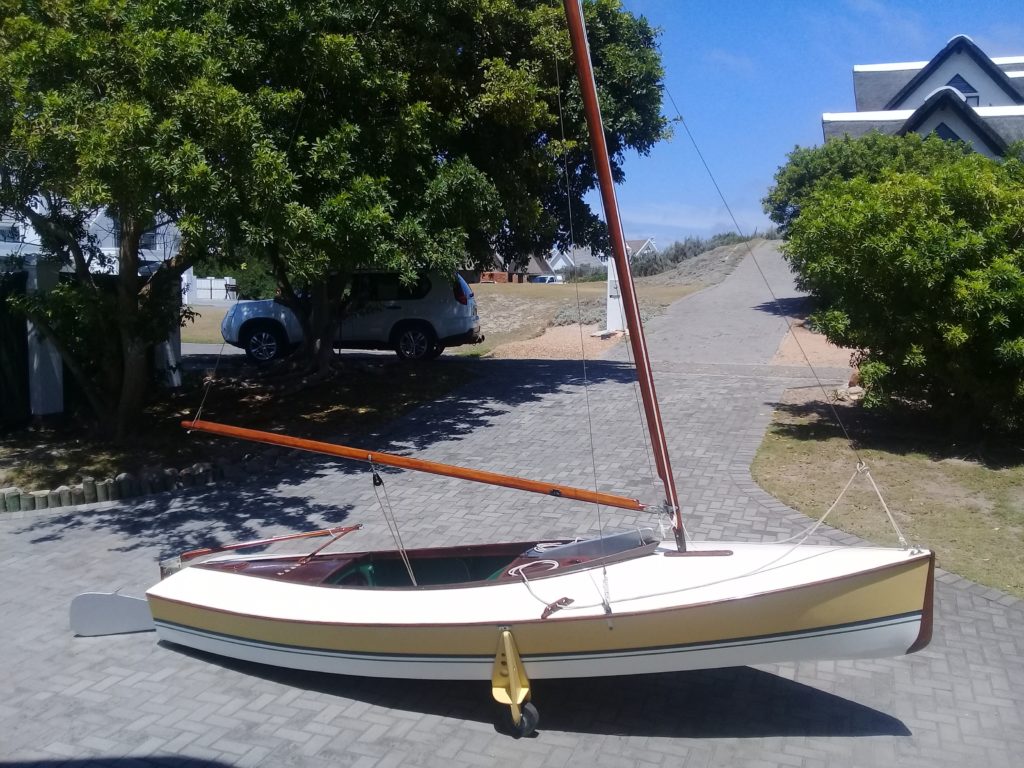 Stroppy – as she looked when the restoration by Frans Loots was complete.