The Route du Rhum-Destination Guadeloupe – one of the classic races in solo ocean sailing – has attracted a record entry this year as it celebrates its 40th anniversary, and which starts in just 30 days time.

This is a 3,542-nautical mile race from Saint-Malo in Brittany to Point-à-Pitre on the French Caribbean island of Guadeloupe. It was first held in 1978 and has since established itself as one of the big targets for the world’s top solo ocean racers – and is now in its 11th edition.

This year’s race starts on 4 November 4 and will be contested by 125 male and female skippers in six classes, headlined by the super-fast and spectacular giant Ultime trimarans, four of which will be flying on their foils for the first time. 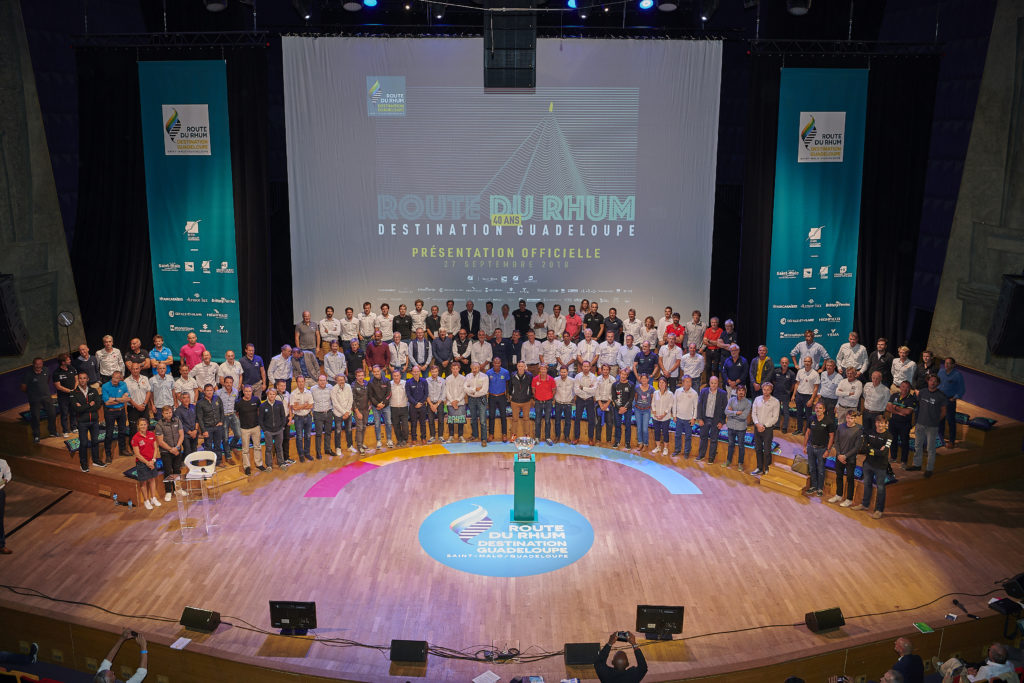 There is also a very strong line-up in the IMOCA fleet, and a highly competitive Class 40 division which accounts for almost half of the total entry. The remainder of the fleet is made up of the Multi-50 multihull class and a “Rhum” class of amateur entrants divided into multihulls and monohulls.

The majority of competitors are from France but there is a sizeable contingent from elsewhere including skippers from Britain, Belgium, Germany, Switzerland, Japan, Finland, Sweden, Italy, South Africa and the United States.

Yes, South Africa also features as Donald Alexander will be competing on his Class 40 named ‘Power of One’. 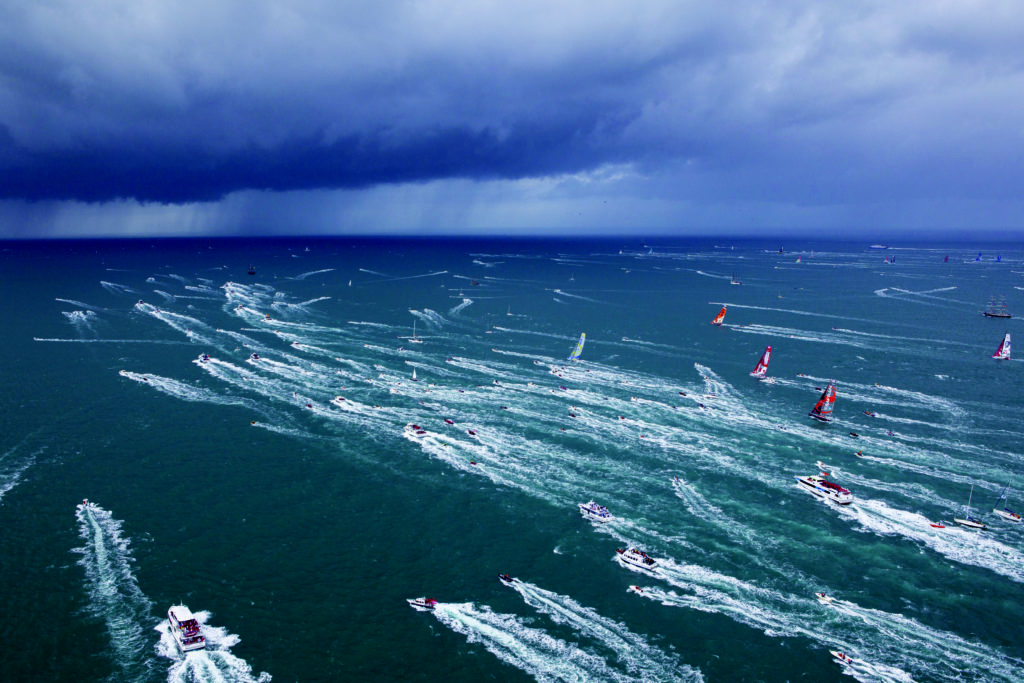 Undoubtedly much attention will focus on the Ultime category – an astonishing collection of fully flying trimarans that can cover more than 850 miles in a day. The line-up of six skippers in this division reads like a who’s who of the greatest solo sailors racing today.

Among the favourites in the 22-strong IMOCA fleet will be Britain’s Alex Thomson on Hugo Boss who finished in second place in the last Vendée Globe race and is currently awaiting delivery of a new boat for the next Vendée in two years’ time.

Thomson has never competed in the Route du Rhum-Destination Guadeloupe and he will be looking to try to repeat the feat of fellow countrywoman, Dame Ellen MacArthur, who won the race in the IMOCA fleet in 2002. 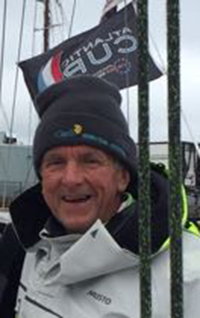 Donald Alexander, the lone South African
Alexander says: “The Route du Rhum, a natural progression in my career.” This will be his debut Route du Rhum.

Alexander began sailing at the age of three, with his parents, before putting in his first tacks in crewed competition at six years of age. “From the age of nine, I continued to race as skipper on a Dabchick, a small South African sports dinghy, followed by the Laser and the Fireball from around ten through to my early thirties”, he said. Having represented his country in the Laser world championships in 1980 and secured a fine third place, his best result, in the South African Dabchick championship. He switched his attention to windsurfing, before unleashing a passion for kitesurfing. Following a long digression in the world of boardsports that was to last 15 years, he has returned to his first love.

“I’d dreamed of doing a singlehanded transatlantic passage, and I managed to do just that in 2014 on ‘Power of One’, despite virtually no keelboat experience. That gave me the chance to discover how much I love sailing singlehanded, especially in Class 40. This new passion, coupled with my past racing experience, prompted me to sign up for the Route du Rhum. I’m very excited at the prospect of participating in the race” he said. 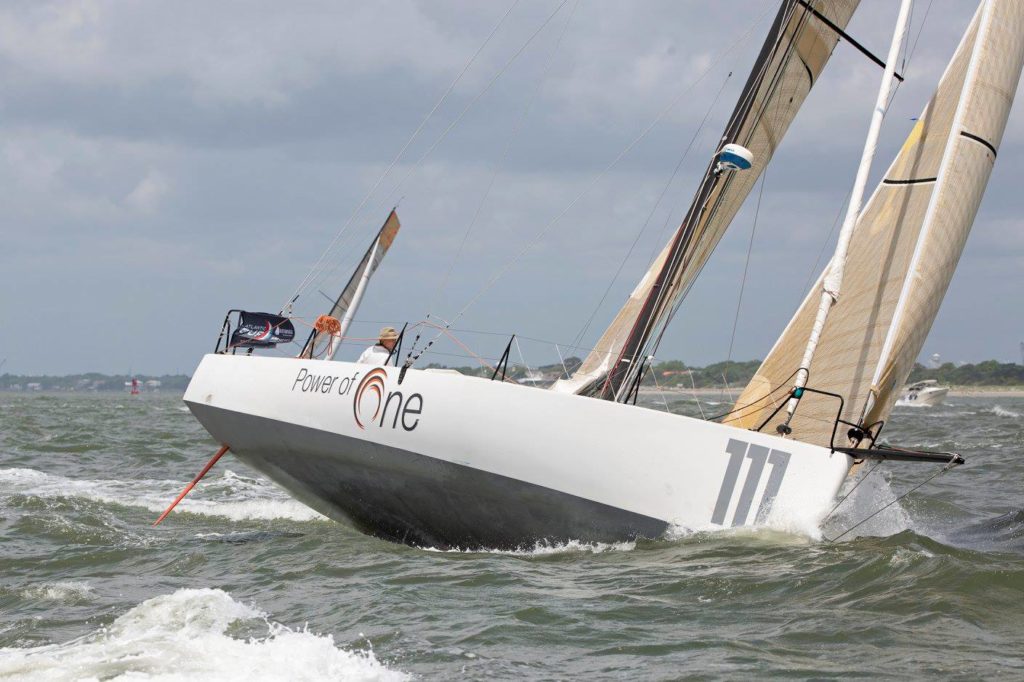 Power of One which Donald Alexander will be racing.
pic by Billy Black