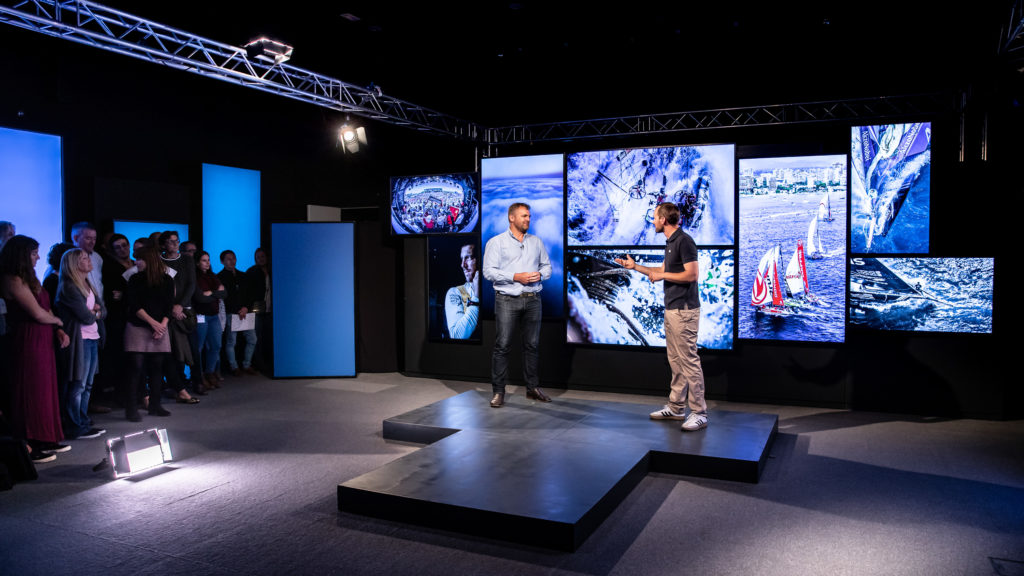 Formerly known as the Whitbread Round the World Race (1973 to 1997) and the Volvo Ocean Race (2001 to 2018), The Ocean Race is the premiere, fully-crewed, offshore race in the world, and a pinnacle event in the sport of sailing.

Although now under new ownership, The Ocean Race retains Volvo as a premier race partner.

“This is a big moment for The Ocean Race,” said Managing Director Johan Salén. “We are excited to be moving forward with a new identity that reflects the best of our heritage – human ambition, technology, competition and teamwork – while adding in new elements, like our core focus on sustainability.”

The next edition of The Ocean Race will start in 2021 from Alicante, Spain, with two classes of boats racing: the high-tech, foiling IMOCA 60s and the one-design VO65 fleet that provided the closest race in the history of the event in the last edition.

“Opening up The Ocean Race to the IMOCA class isn’t just exciting for the sailors. It puts us back at the forefront of technology and gets the entire marine sector – from designers and engineers, to boatbuilders and sailmakers – involved in the race again,” said Executive Director Richard Mason.

“There are nine new IMOCA 60s in build across the world and we know several of them are being prepared as projects for our race. And on the other side, we already have six of the eight VO65s that are essentially spoken for by campaigns planning to be on the start line in 2021.” 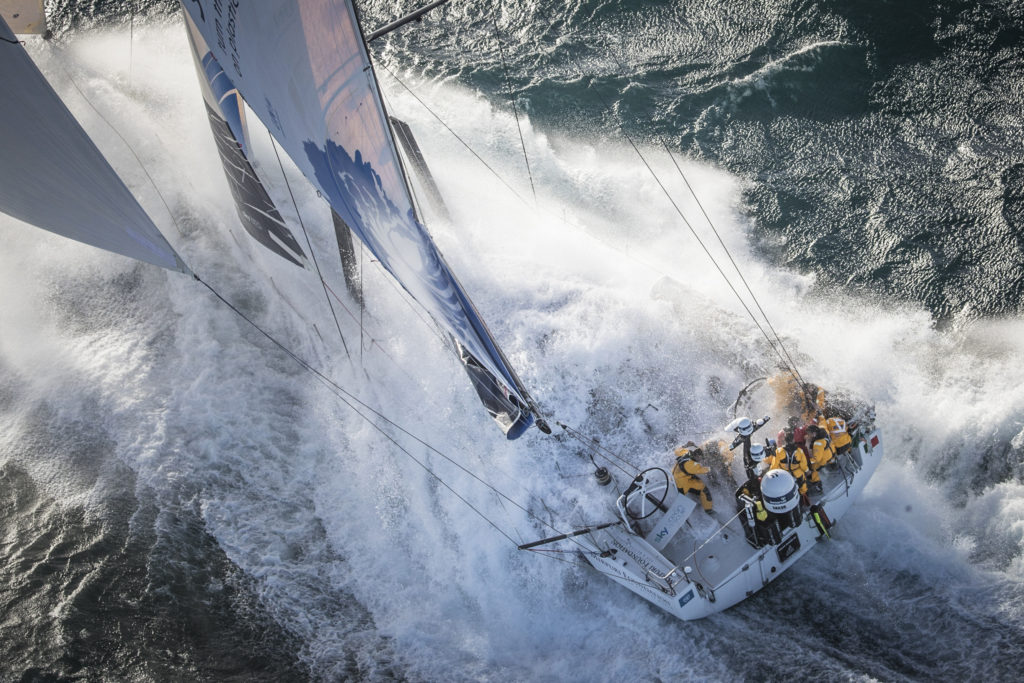 The start of Leg 2 from Lisbon to Cape Town. Photo by Ainhoa Sanchez/Volvo Ocean Race.

Paulo Mirpuri, the chairman of the Mirpuri Foundation, who was a founding partner of Turn the Tide on Plastic in the last race, announced he would have at least one team competing in The Ocean Race.

“I’m delighted to announce that the Mirpuri Foundation will be a part of the next edition of the Race,” Mirpuri said by video link from Lisbon, Portugal. “Our intention is to build a campaign in the VO65 boat – the one-design class that produced such thrillingly close racing last time out – to take our sustainability message around the globe.”

Mirpuri added that he was intrigued by the technology challenge posed by the IMOCA 60 and was considering a second entry in that class.

“I’m extremely interested in the IMOCA class, which will showcase the best in technology and innovation. Alongside sustainability, these are both values we hold dearly at the Mirpuri Foundation. As such, I’m also exploring the possibility of an IMOCA campaign that would make a strong challenge for The Ocean Race trophy.”
Connecting to Alicante from Auckland, New Zealand, Bianca Cook, who raced on board Turn the Tide on Plastic in the 2017-18 event, announced she would be spearheading a New Zealand flagged team.

Tony Rae (Trae), a veteran of six editions of the race, twice as a winner, as well as seven America’s Cup teams, is on board to manage the campaign.

“After the race finished in The Hague, I was ready to go again and since then I’ve been working with Trae to put together a team for the next Ocean Race,” Cook said. 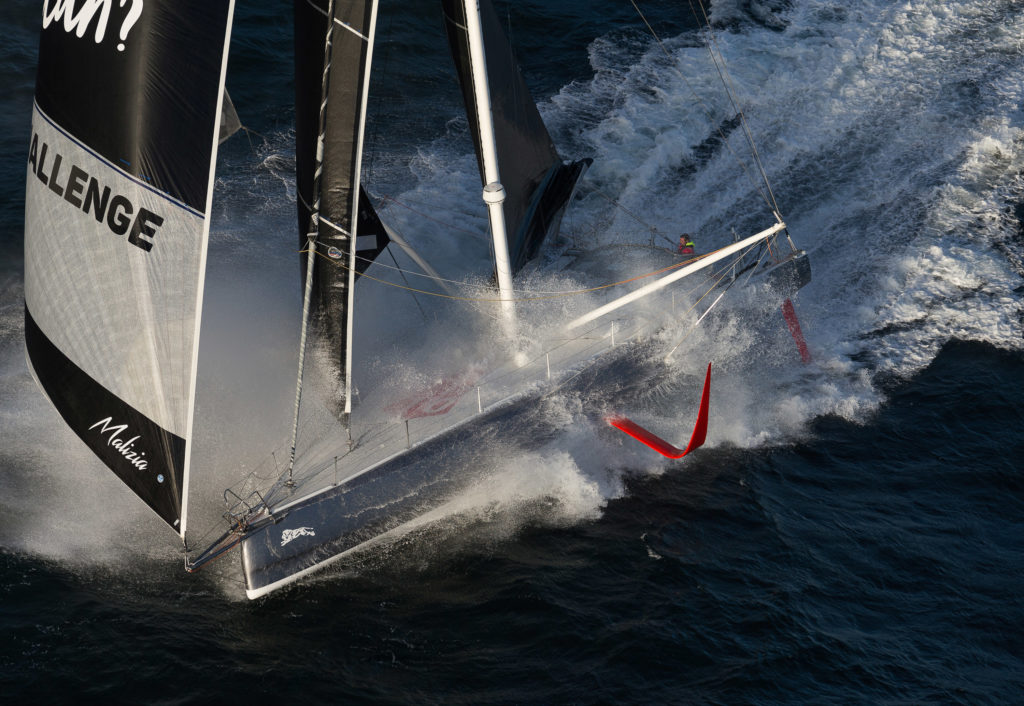 “We have a deep pool of New Zealand sailors to draw from as we put together the crew – I can’t mention any names just yet – but watch this space.”

According to Mason, further team announcements are likely over the coming weeks and months, despite the start being over 2.5 years away.

Xabi Fernández, who skippered MAPFRE to a second place finish in the last race, the best ever result for a Spanish team, was in Alicante for the launch event and said he is working hard to have a competitive entry in the next race.

“Of course it’s very tempting and hopefully we will be there again as a team. It’s been five in a row, not just for me but for the whole team,” Fernández said. “The IMOCA 60 is very different; it’s a much faster boat, much less people on board.

“There’s a lot of technology and development, a lot of design, and the earlier you start the better, so that’s why we want to get going as soon as we can.”

Also in Alicante was Brazil’s Olympic gold medallist Martine Grael, who raced on board team AkzoNobel in 2017-18. Talking about the evolution of the race she said: “In the last edition, the boats were pushed to the limit – and in 2021 there will be less crew on board the IMOCAs with faster racing. I think it will be more extreme than ever before. The boat has a very big appeal.”

In Lorient, France, Paul Meilhat, the winner of the 2018 Route du Rhum, said getting an IMOCA 60 team on the start line in Alicante is his goal.

“The Ocean Race is my priority,” Meilhat confirmed. “It’s a big opportunity for me and for French sailors and companies to do this race and to be more international. The Ocean Race is a big, global event, taking place over nearly one year, so different than what we normally do and it gives us a great opportunity.

“In the last race, The Ocean Race did a really good job with sustainability – it’s a priority. I’m convinced this is the future of sailing and for me it’s a big challenge I want to be a part of.”

The 2021-22 edition of The Ocean Race will feature up to nine stopover ports, with the Host City procurement process now underway with site visits to candidate cities.

One of the iconic host cities of the last two editions of the race has been Newport, Rhode Island. Brad Read led the stopover delivery team in 2015 and 2018.

“Newport has been welcoming sailors for centuries… and having The Ocean Race come to town is an iconic moment for an iconic city and port of call,” Read said from Sail Newport where he is the Executive Director.

“We’re proud of the history that Newport has with the race and our accomplishments and those of our partners over the course of the last two stopovers.”

After welcoming the fleet back into the northern hemisphere in the last two races, Newport is among the cities currently engaged in a Host City procurement process that will result in the full race route being announced before the end of the summer, one of the organisational milestones for the race and competitors alike.

“It’s an exciting time,” concluded Antoine Mermod, the President of IMOCA. “For a few months we’ve been working together with The Ocean Race to organise the best event we can. What The Ocean Race is building is really something that will change the offshore sailing world in the future.”