“Talking Sailing” From My Archives. Yachts Far Behind Still Very Much in Race. 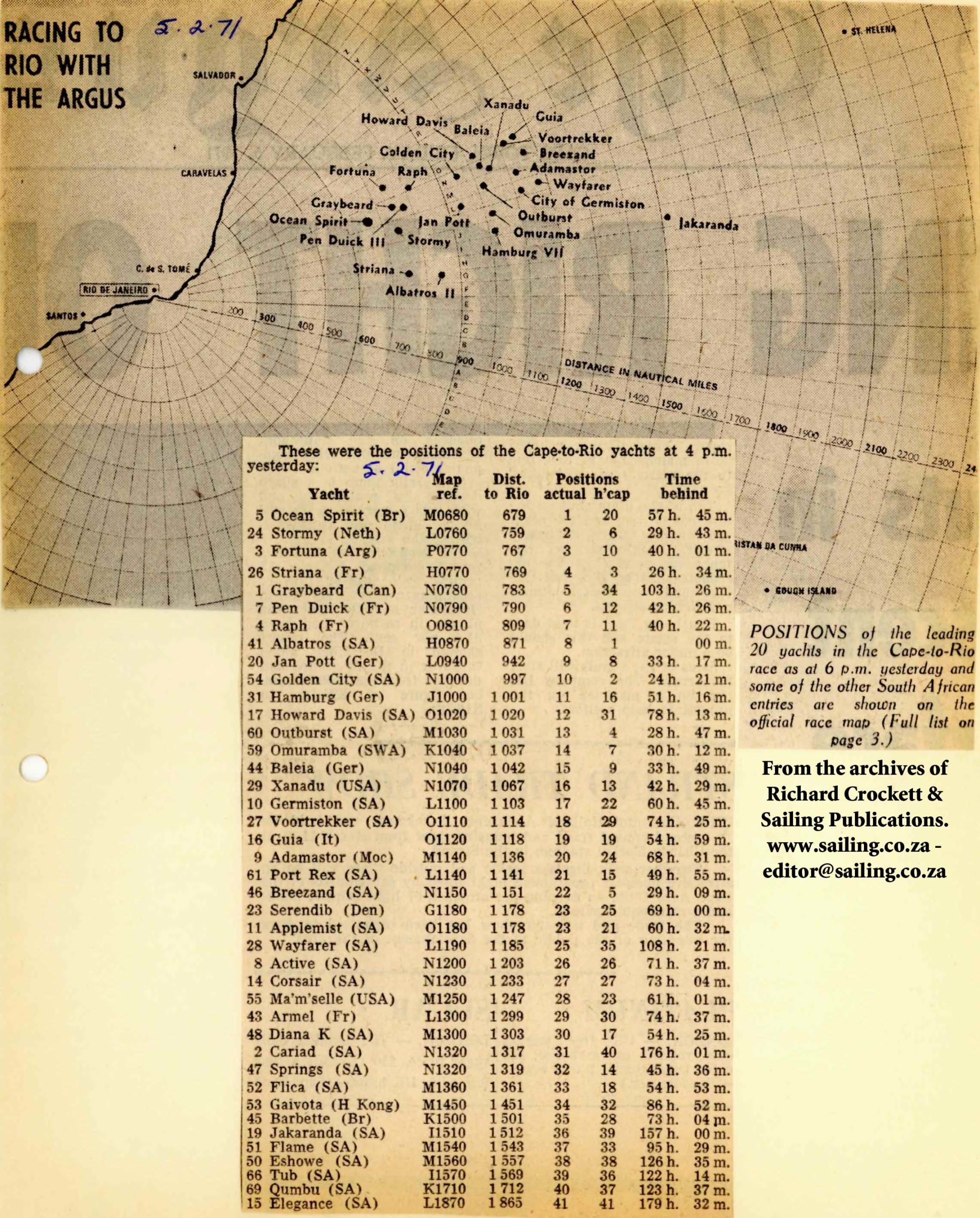 The fleet has been at sea for 19 days now, with a pattern beginning to emerge and the possible winners on handicap and line honours beginning to become more clear. But ocean racing is an unforgiving sport as one is always at the mercy of the wind which can change direction or speed – or both – in a flash.

What I am enjoying is that more information is being broadcast about the bulk of the fleet and not just the front-runners.

There is a delightful story about ‘Diana K’ having a beach umbrella shading the cockpit as she barrelled along at about 8 knots. Dave Cox would certainly NOT have permitted that in his latter ocean racing life!

Yesterday it was reported that ‘Albatros’ was battling light winds, something that now seems to be behind them. It was disclosed over the radio that they had been beating into the wind for 4 days, and keeping a steady 6 knots of boat speed, something that has assisted in keeping them in the hunt.

After 10 days of silence ‘Elegance’ reported her position – and was last in line and on handicap!

‘Golden City’ was fast moving up the rankings and was beginning to threaten the dominance of ‘Albatros’ and her possible overall handicap win. 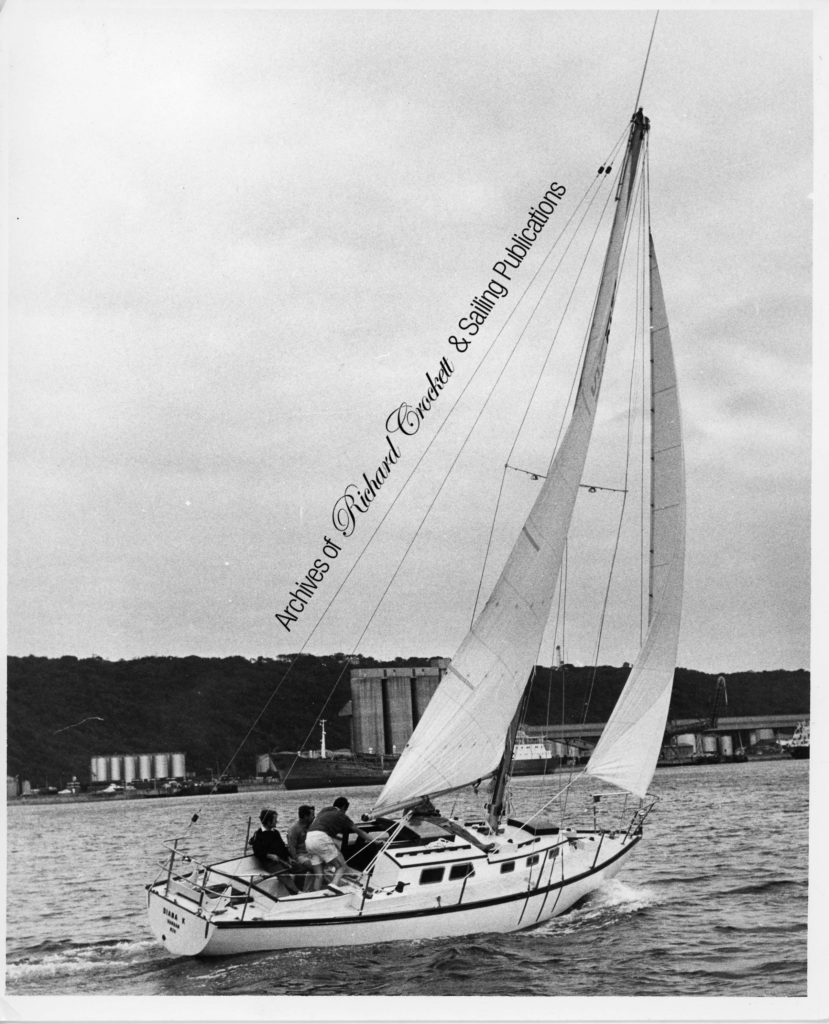 Diana K, built for the race by David Cox, undergoing training in Durban Harbour prior to heading to Cape Town.

“Tafelberg Up with Leaders”. ‘Tafelberg’ is back among the Rio race leaders as they reach towards Rio de Janeiro in moderate north east trade winds which should benefit skippers who gambled on taking a northern passage.
READ MORE HERE:  1971 02 05 – Rio 1971 – Dave Elcock Collection -000515 – OCR

“Yachts Far Behind Still Very Much in Race”. While a last-lap needle match is developing among the leading yachts flying the ensigns of Britain, France, Canada, the Netherlands, Argentina and South Africa, there are boats as far as 805 km (500 miles) behind them that are still very much in the Cape-to-Rio race and still capable of taking honours in their class.
READ MORE HERE:  1971 02 05 – Rio 1971 – Dave Elcock Collection -000513 – OCR

“How Yachts Rate for Handicap”. The most difficult part of the handicapping and time-correction system used for ocean racing is trying to explain it briefly and clearly.
READ MORE HERE:  1971 02 05 – Rio 1971 – Dave Elcock Collection -000539 – OCR