“Talking Sailing” From My Archives. Winning with A Dicky Mast 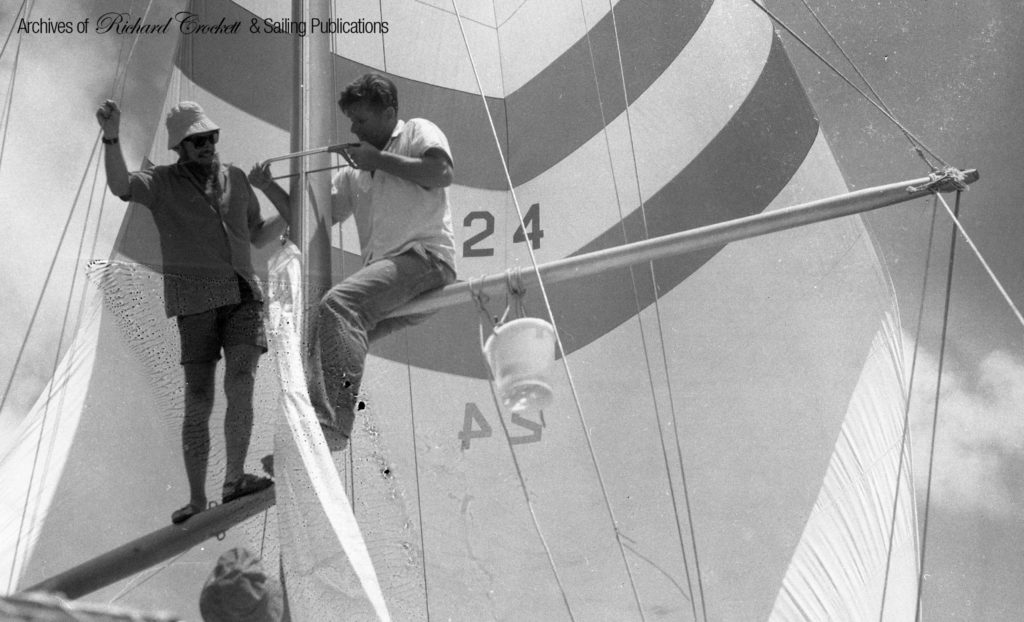 Mast repairs were ongoing throughout the race.

Albatros II scored a fine overall handicap victory in the 1971 Cape to Rio Race, and much has been written about their victory.

But who knew that she did it with a mast that had to be pulled back into column in the lee of Robben Island?

Well not even the newspapers reported on this, I suppose as they wrote off her chances if and when they heard her news, except for the Cape Times who ran with a headline and some sketchy details. Frank Robb also mentioned it in a column he was writing on the race.

In cobbling information together, this is what appears to have happened: Albatros put into Robben Island for 3 hours for repairs after the mast had been damaged and the cockpit swamped in the south-easterly gale in which the yachts started.

“The mast had a squiggle in it” said Brian Lello. “And although it is not yet quite right Albatros was moving along “in fine style”.

How they repaired the mast makes rivetting reading, and was ultimately covered in detail in the 1973 Cape to Rio Race catalogue.