“Talking Sailing” From My Archives. Water for 3 Thirsty Bears! 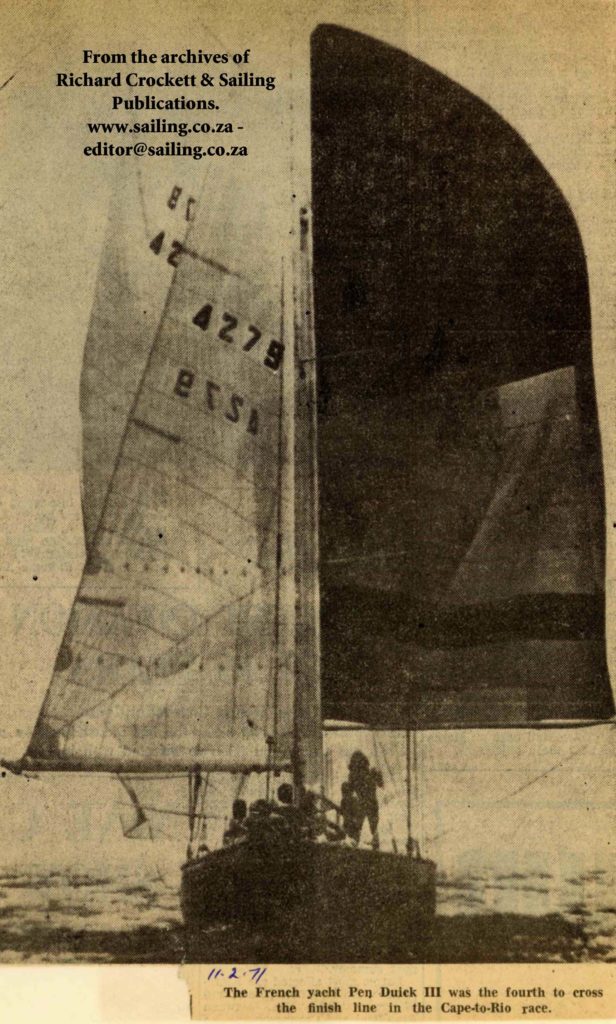 It’s unusual to have three bears at sea, especially thirsty ones, but luckily for the crew of ‘Three Bears’, ‘Tafelberg’ was able to assist them with water, and batteries to start their engine in order to charge their own batteries. Plus the crew received a huge bonus in the form of showers and beanfeast in the wardroom! I see a race penalty for outside assistance on the horizon!

Hospitality in Cape Town was superb, especially for the ‘Striana’ crew who were hosted by Lawrence Miller. They promised him victory, which they nearly succeeded in delivering too. At the time this article was written, Striana was in the lead on handicap.

And does it surprise you that Tabarly was protesting his result?

“Water for Three Bears”. While the first yachts to finish the Cape-to-Rio race were at moorings in Guanabara Bay yesterday, ‘Tafelberg’ replenished the dwindling water supply of the Durban entry, ‘Three Bears’, in a mid-ocean rendezvous about 700 miles east of Rio.
READ MORE HERE:  1971 02 11 – Rio 1971 – Dave Elcock Collection -000438 – OCR

“Tabarly in Row Over Race Class Result”. Ace French yachtsman Eric Tabarly, skipper of ‘Pen Duick III’, is to protest about a decision of the Cape-to-Rio race committee here last night that denied him the victory he claims for his yacht in Class I of the race.
READ MORE HERE:  1971 02 11 – Rio 1971 – Dave Elcock Collection – stitched – 000323-1 – OCR 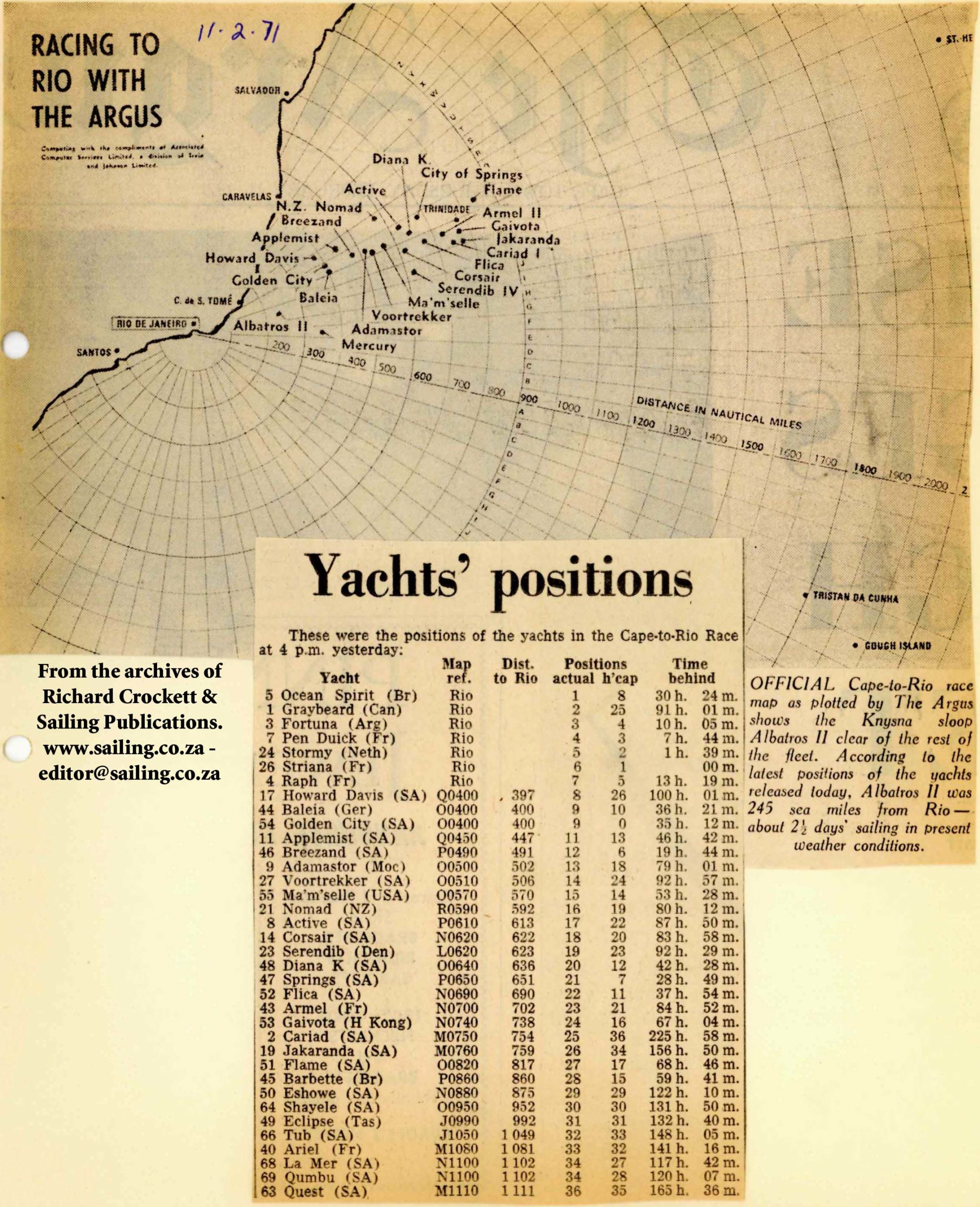