“Talking Sailing” From My Archives. ‘Vogel Does it Again 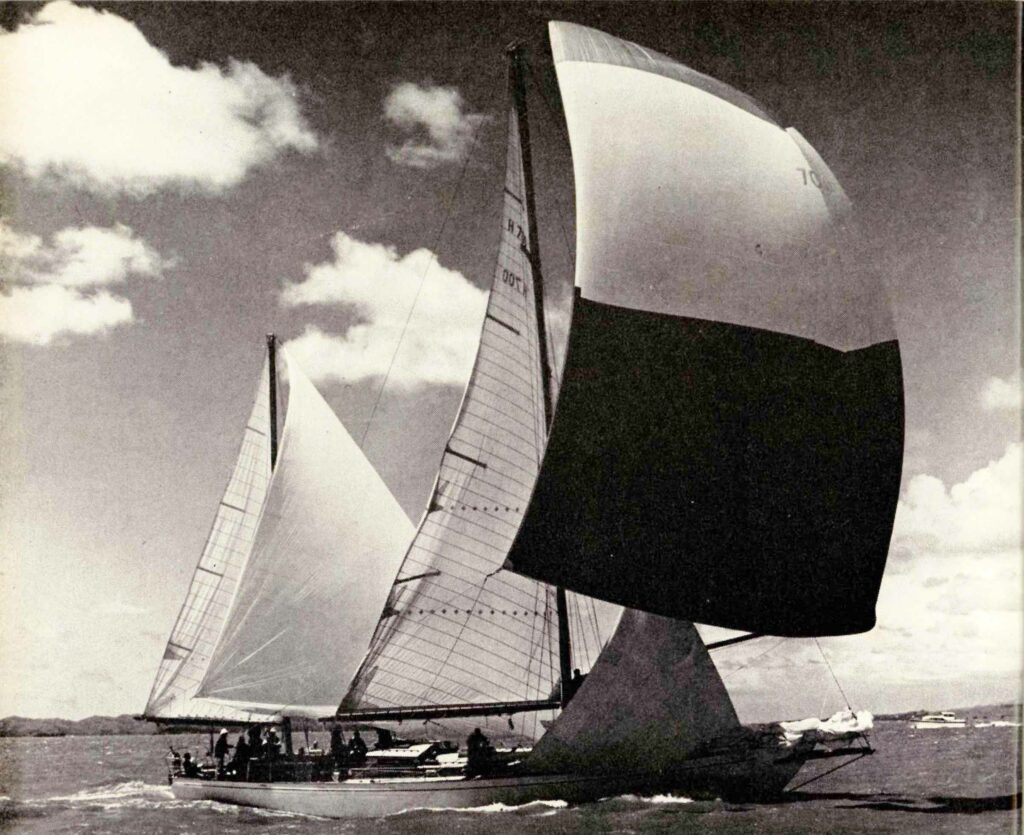 By beating the sloop Kialoa, best ocean-racer on the Pacific coast, and leading in the fleet hands-down in the subsequent Trans-Pacific Race last month, Kees Bruynzeel’s Stellenbosch-built ketch Stormvogel has firmly established herself as the hardest-sailed ship of the past decade. No yacht can approach her distance record – 156,000 miles in six years, the equivalent of once round the world every year. She has put up fastest time in 30-odd of the 40 major races in which she has entered. Her designer, Ricus van de Stadt, is also responsible for South Africa’s entry in next year’s Singlehanded Transatlantic Race. The above picture, courtesy of ” Sea and Pacific Motor Boat”, shows the new bowsprit rig.

Just prior to competing in the Trans-Pacific race, the Stellenbosch-built ocean racer ‘Stormvogel’ on June 26 (1967) scored one of the most notable victories of her career by beating probably the most advanced yacht in America, the aluminium sloop ‘Kialoa’, in a match-racing series.

“Her owner, the Stellenbosch industrialist Kees Bruynzeel, skippered her to her third straight victory in a five-race, boat-for-boat contest off Los Angeles, thus taking the California Cup.

While this may have been gentlemanly sailing at its best when one reads in this report what the menu was on various days – roast turkey and all the trimmings including hot gravy!

Best of all is how Bruynzeel described the final hours before the finish.

“That afternoon and evening she gave us a ride which will stay long in the memories of everybody on board. Not only those slides down big seas at speeds 16-18-20 knots, but also her response to every squall picking up extra speed, causing a big spray wave amidship and a clean flat wake astern.

“A performance of light displacement at it best. And without effort., always under full control of the helmsman.

“Only the mizzen spinnaker, flying as a big kite of 1500sq. ft. is pulling too much at the top of the mizzen mast. Taking it down in the blow the helmsman could keep control with two fingers at the wheel. It is a sensation one has to experience before it can be believed.”

This is another great read written by Kees Bruynzeel.