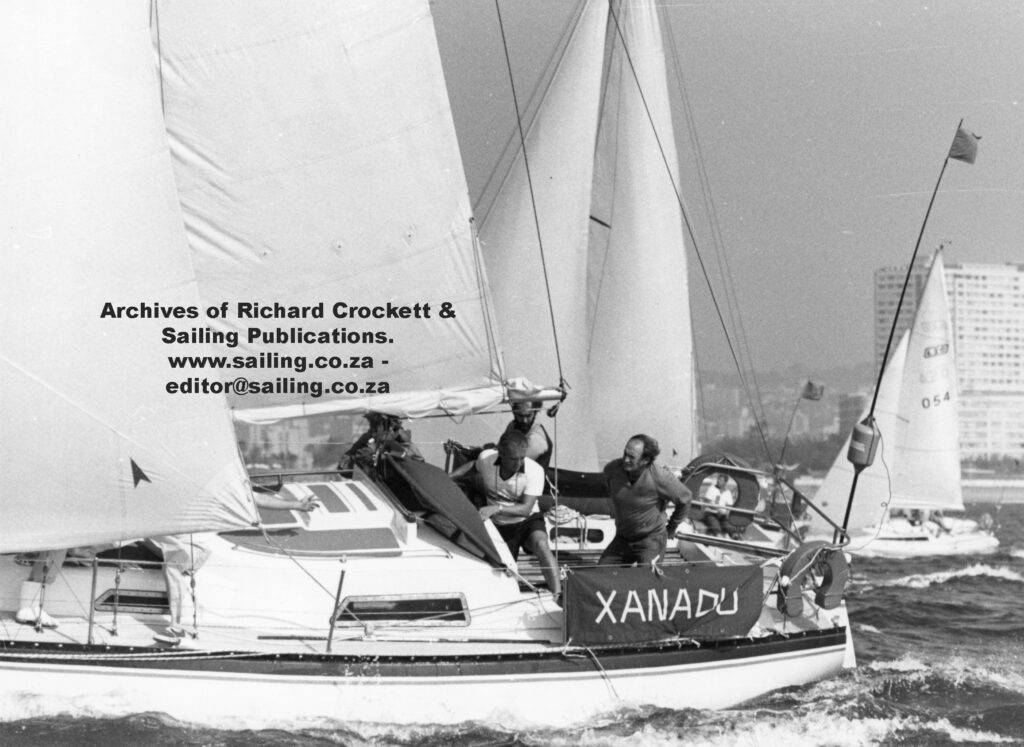 Just a very few words today I have become frustrated with not being able to identify from which year many of these pics are, so I have started a Vasco race results database which is taking a lot of time to produce as most of the results have to be inputted manually.

However I am forging along and slowly building a formidable database of Vasco info. 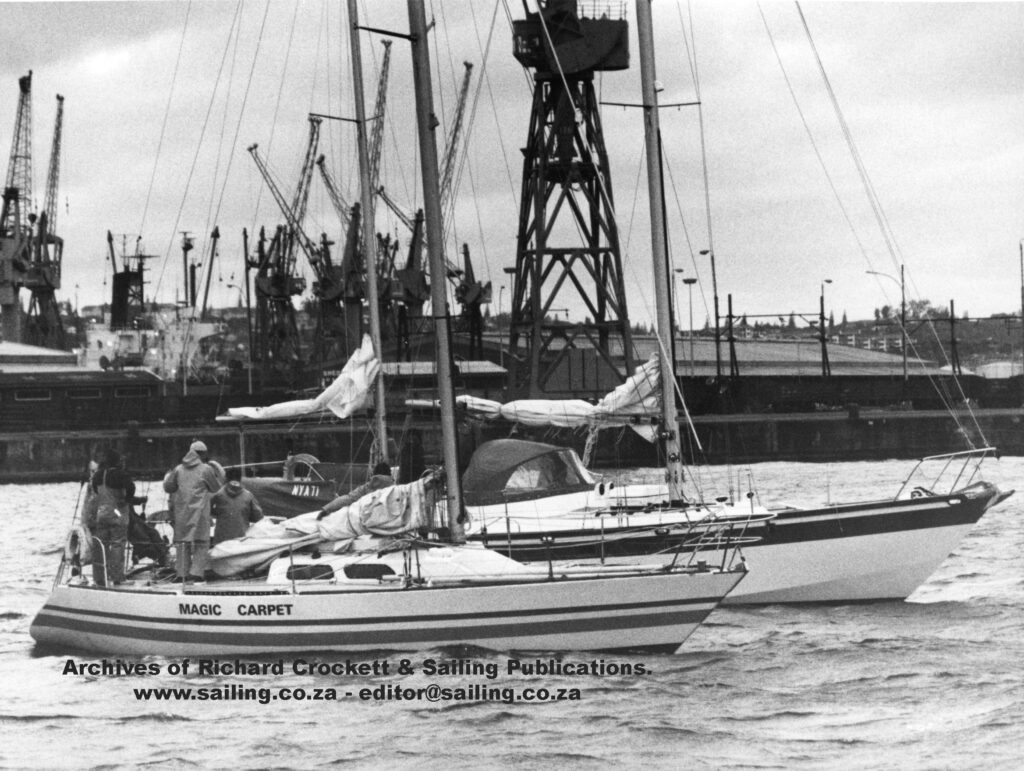 Vasco. Magic Carpet & Nyati preparing to clear harbour for the start. Full foulies due to the inclement weather. 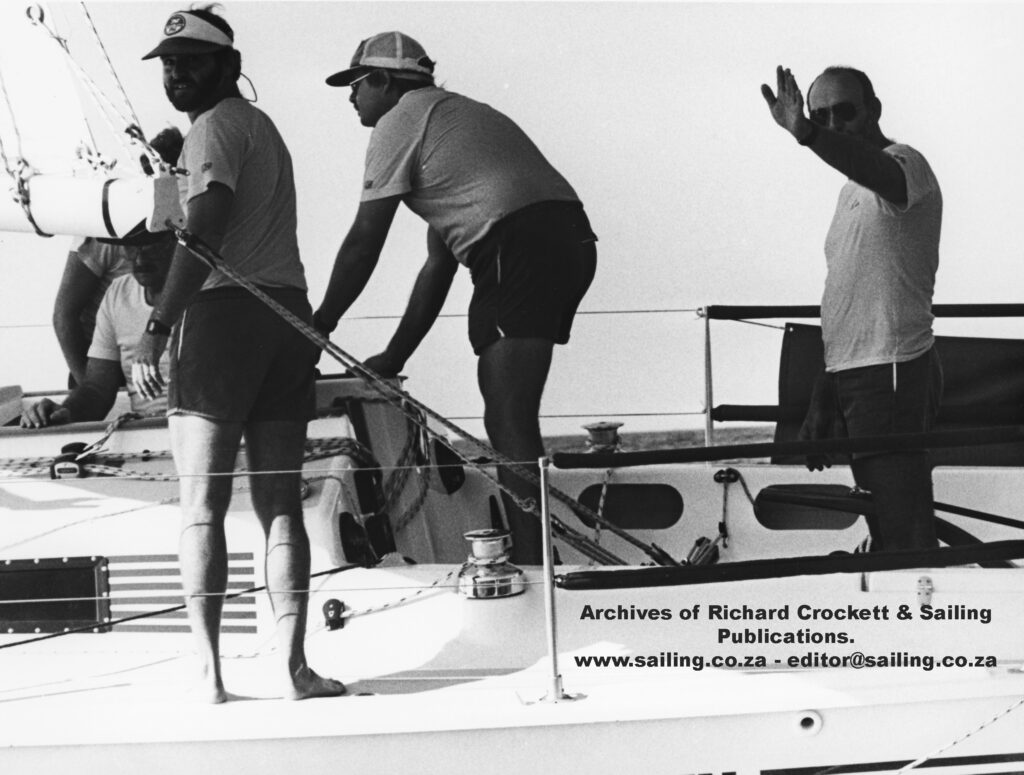 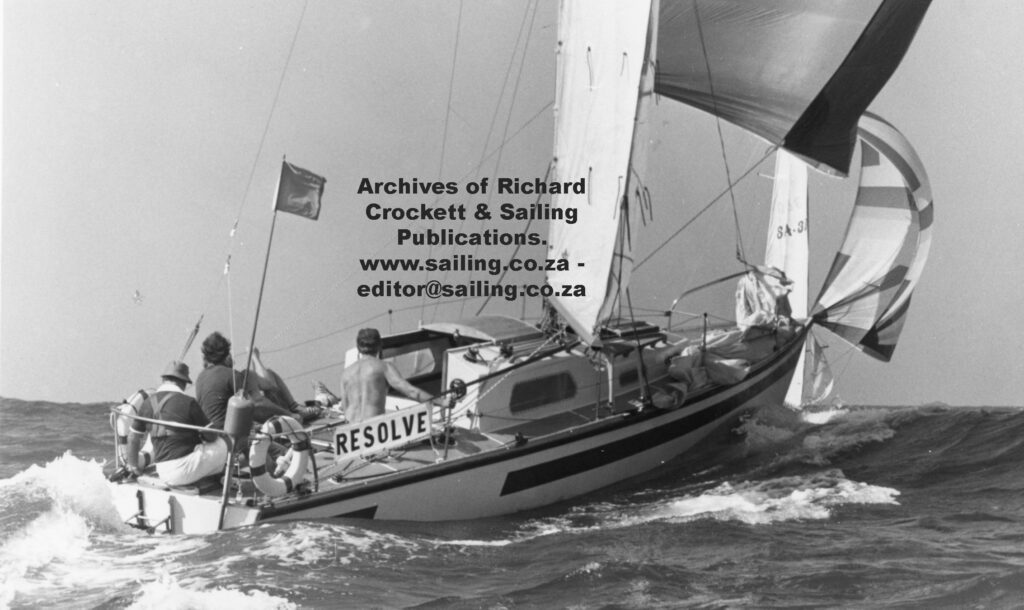 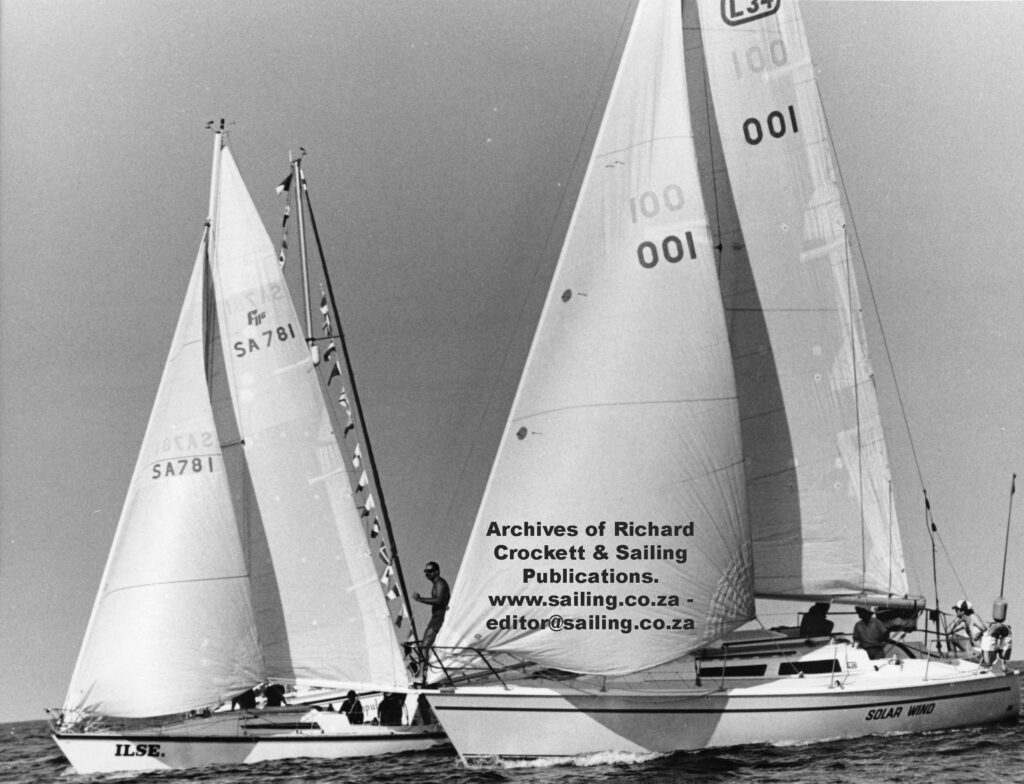 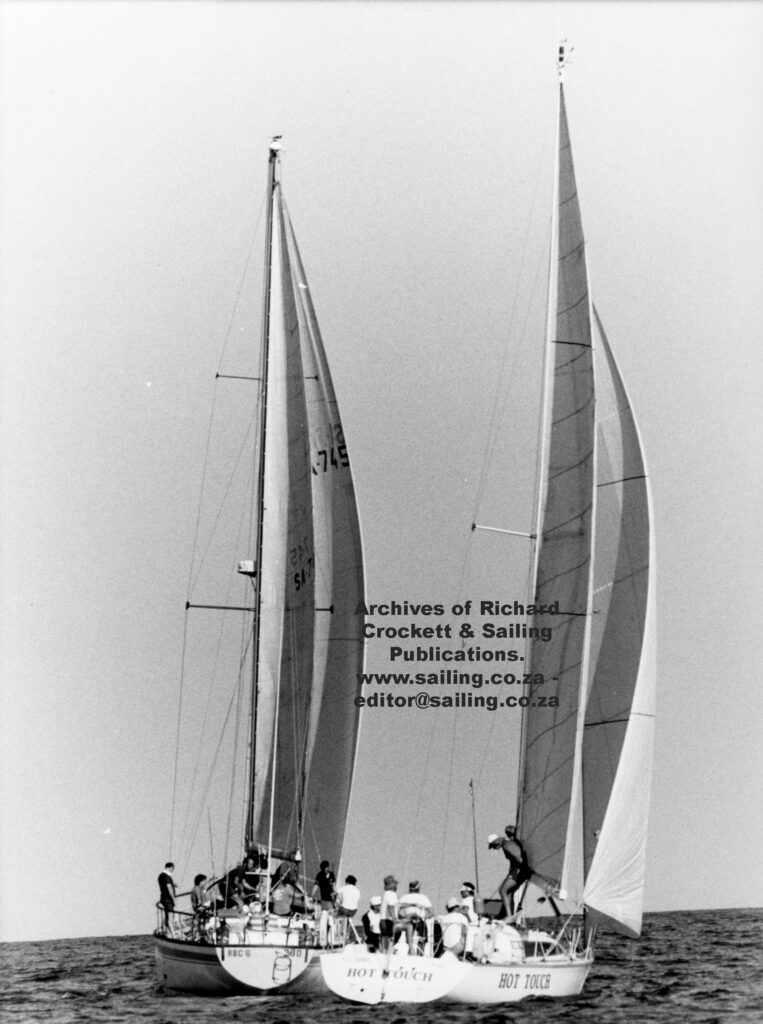 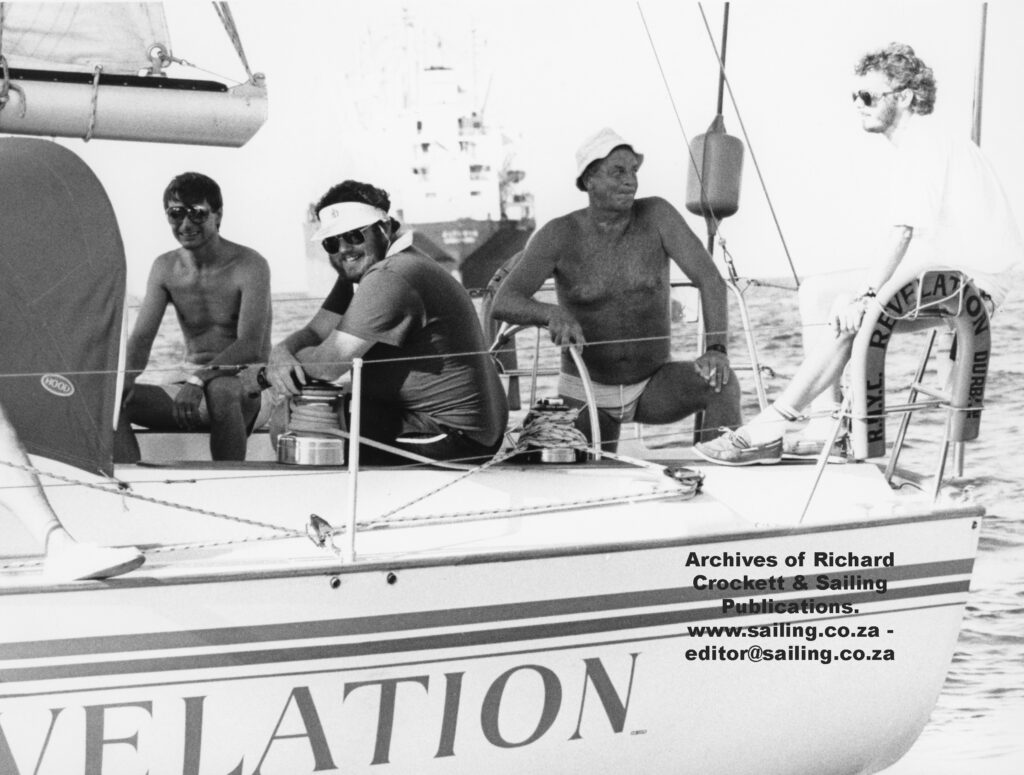 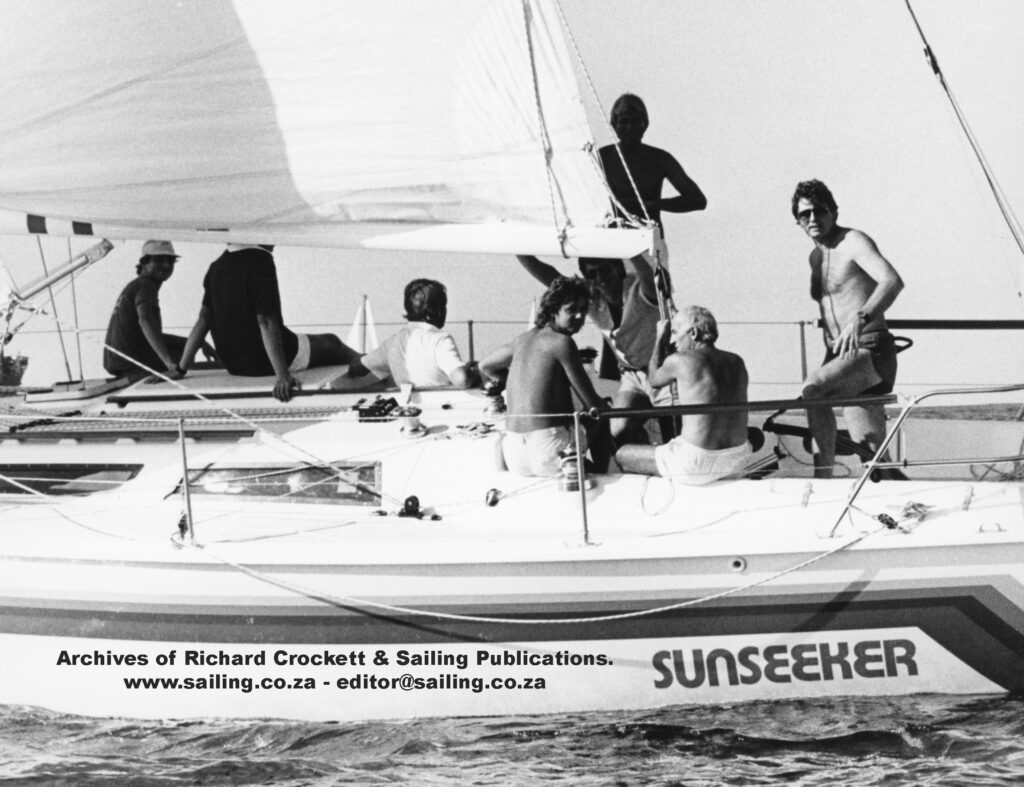 1987 Vasco. The L34 Sunseeker – skippered by Colin Carey and crewed by many in lifesaving circles. 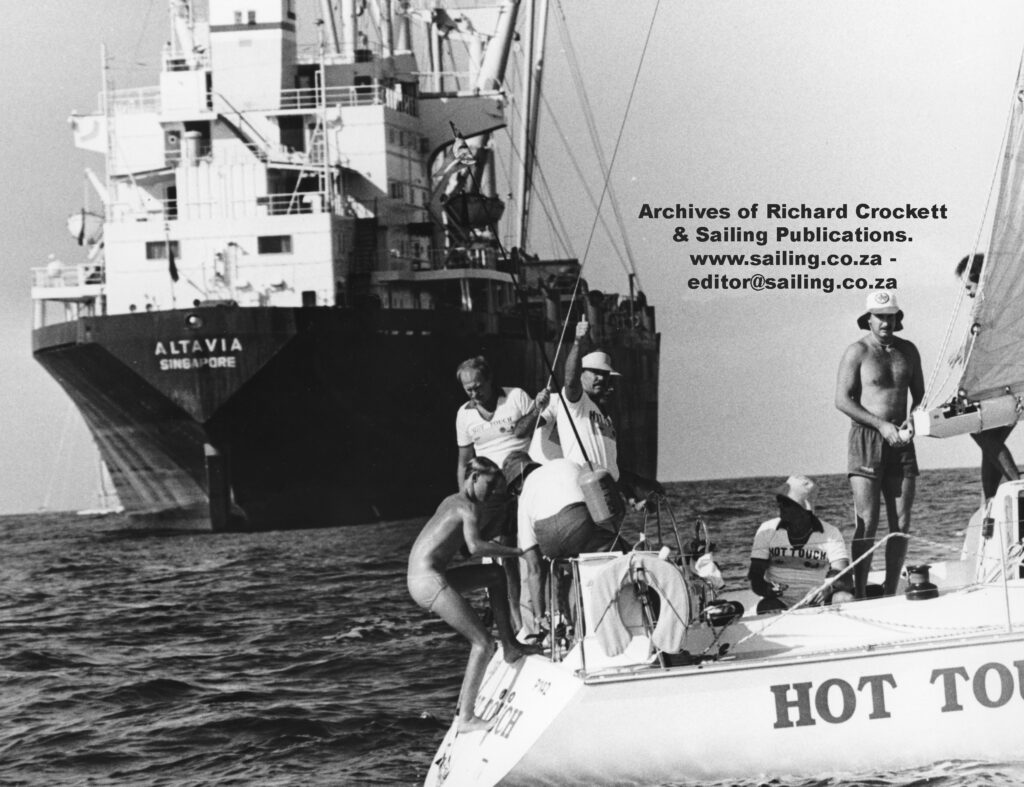 1987 Vasco. Hot Touch – a Farr 38. Mickey Schwartz clambering back aboard after checking that all was well with the propellor and keel. 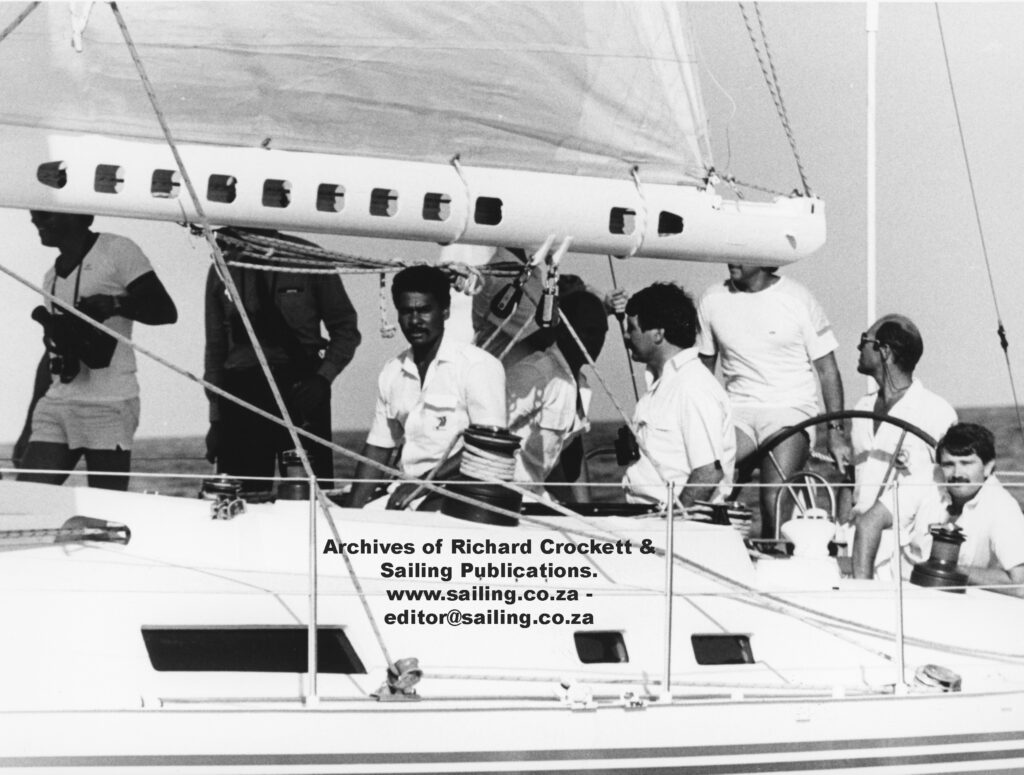 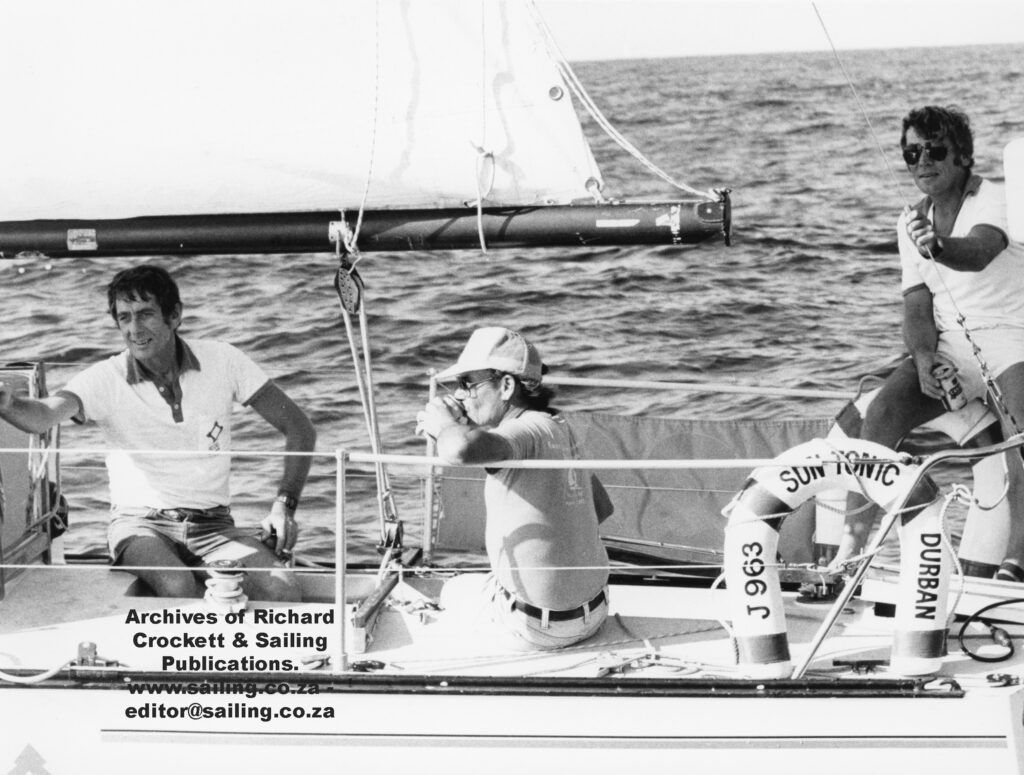 1986 Vasco. The RCOD Sun Tonic skippered by Tommy Martin. On the left of him is John Burn, and sitting on the pushpit is a guy I know well, but whose name I simply cannot remember. 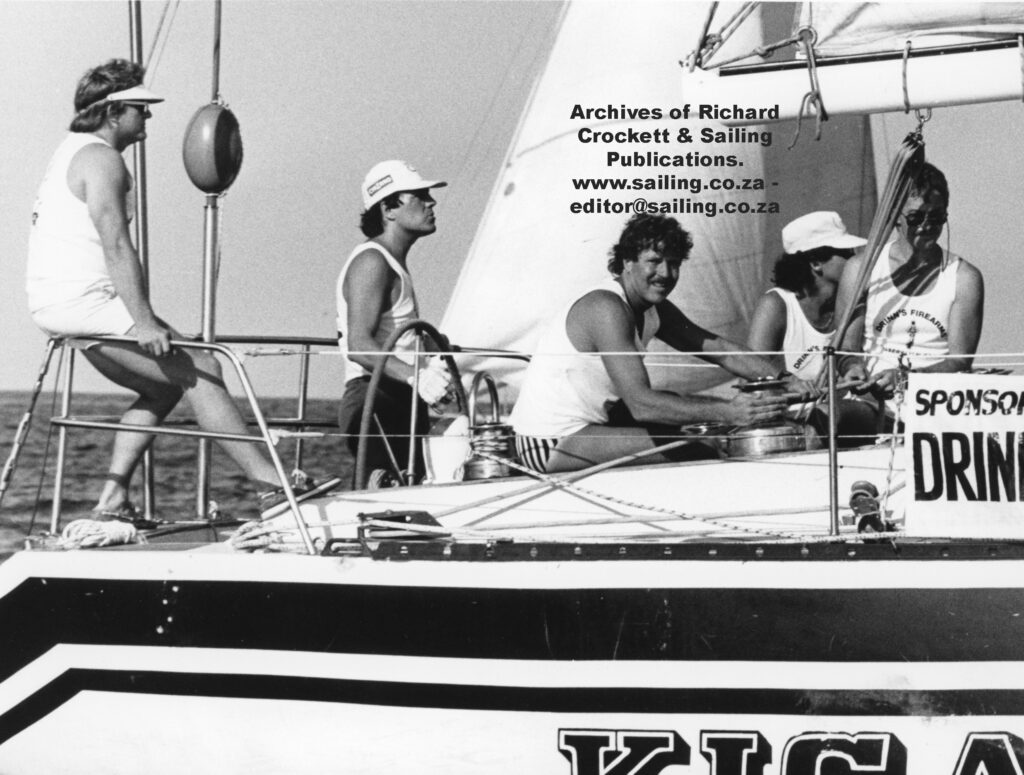 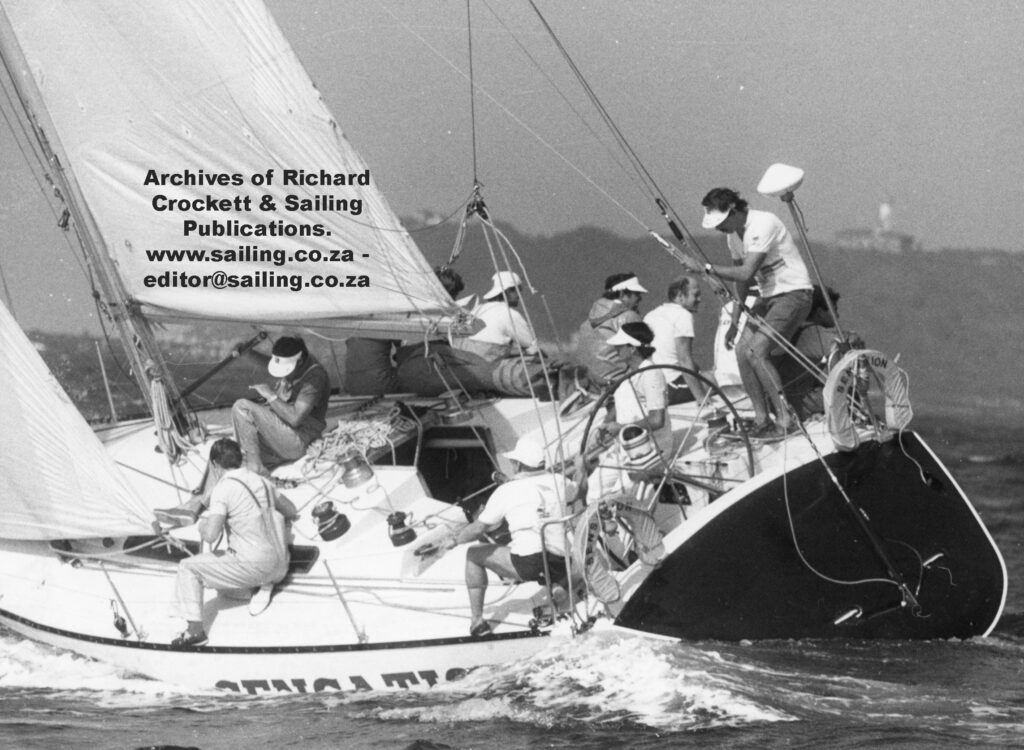 1983 Vasco. Another view of Sensation and her crew settling her down for the long slog to East London.
pic by Mike Rushworth 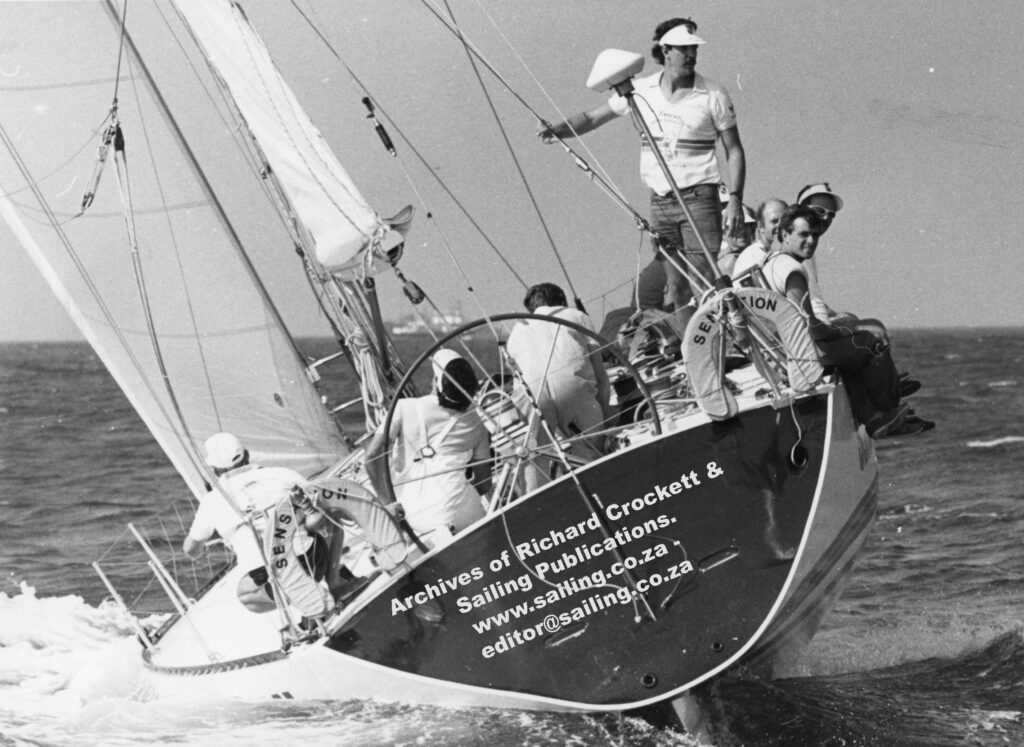 1983 Vasco. Sensation skippered by Neil Bailey heading away from the start and towards East London.
pic by Mike Rushworth 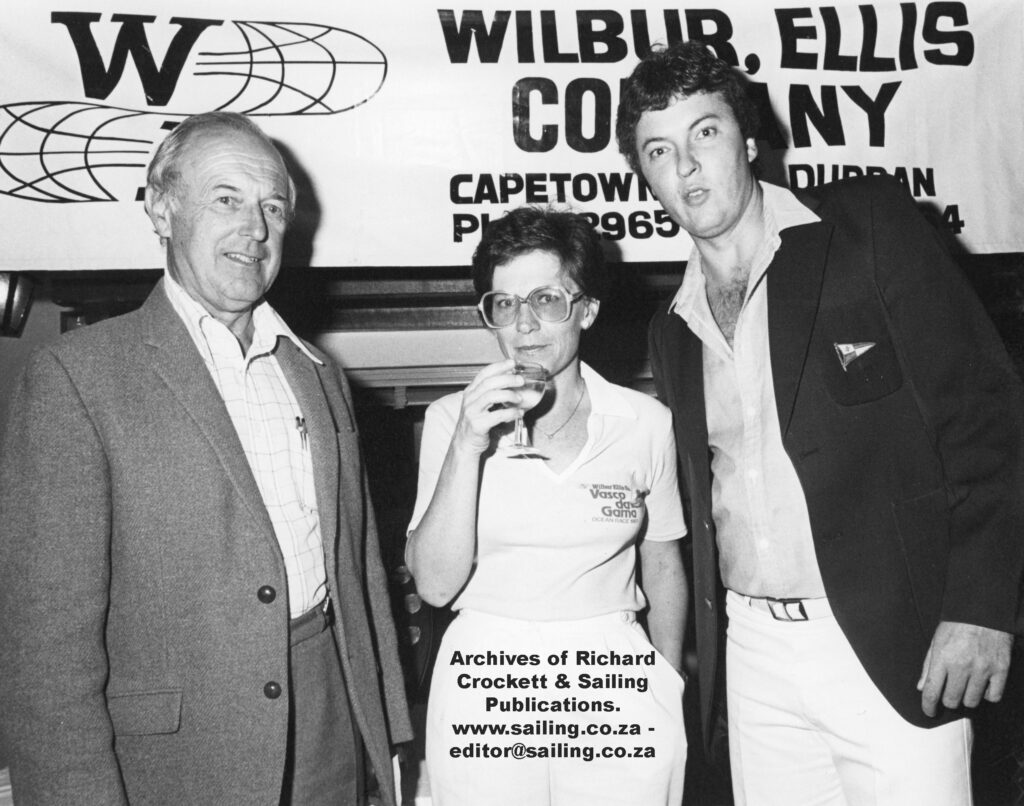 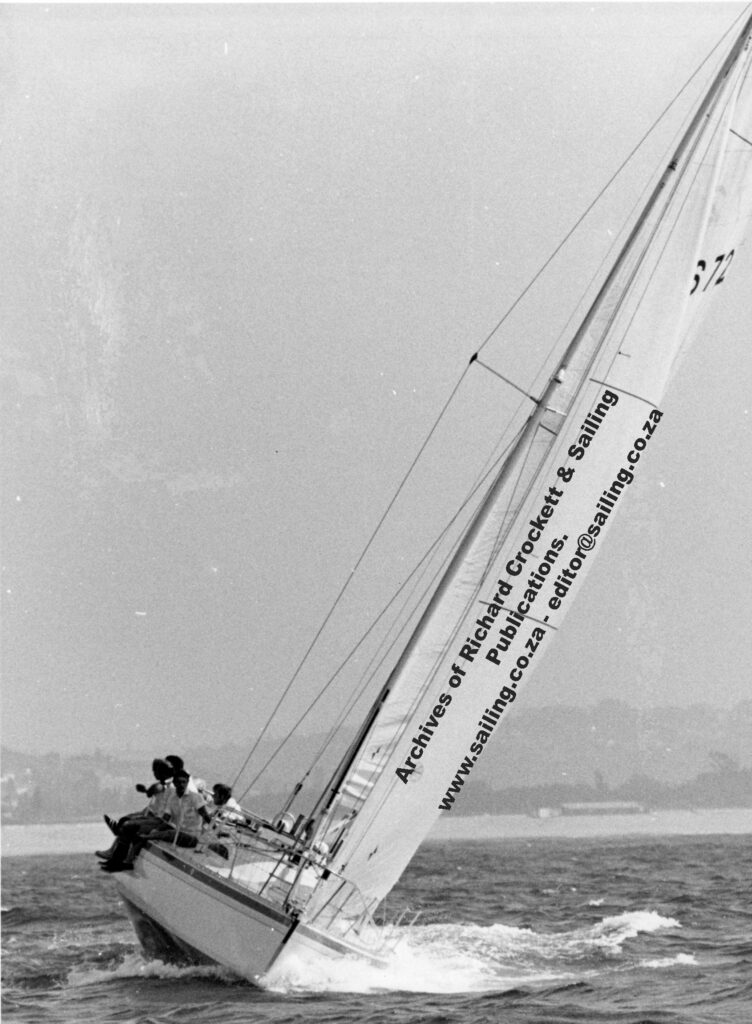 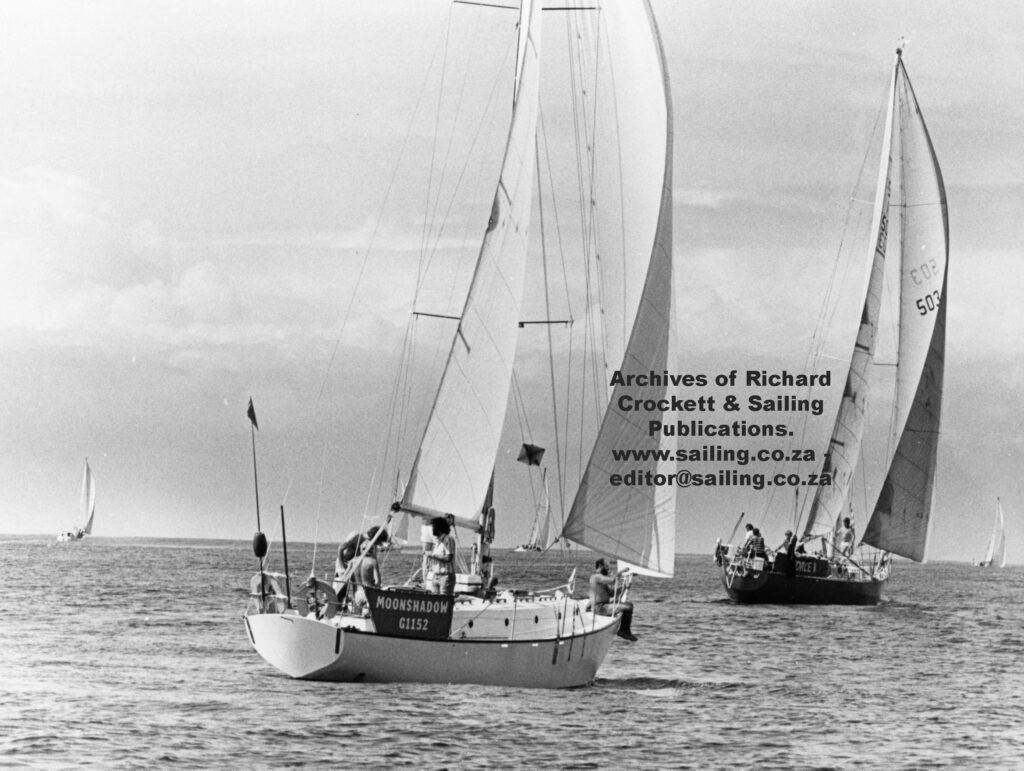 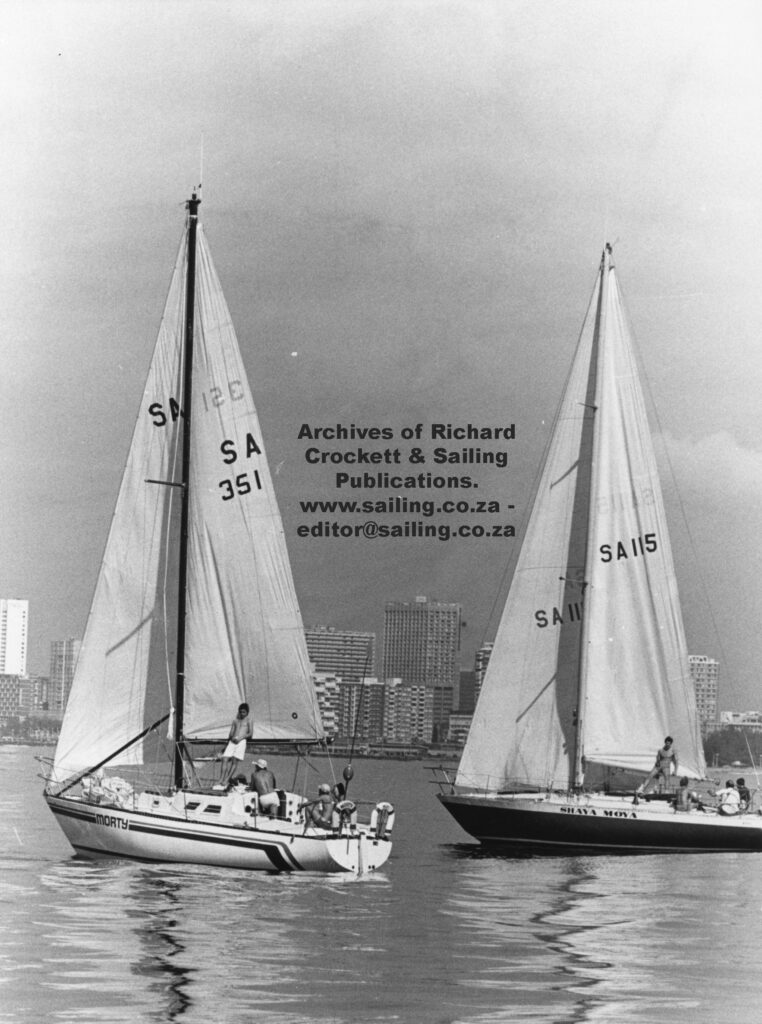 1982 Vasco. Morty & Shaya Moya battle in the lights winds at the start. 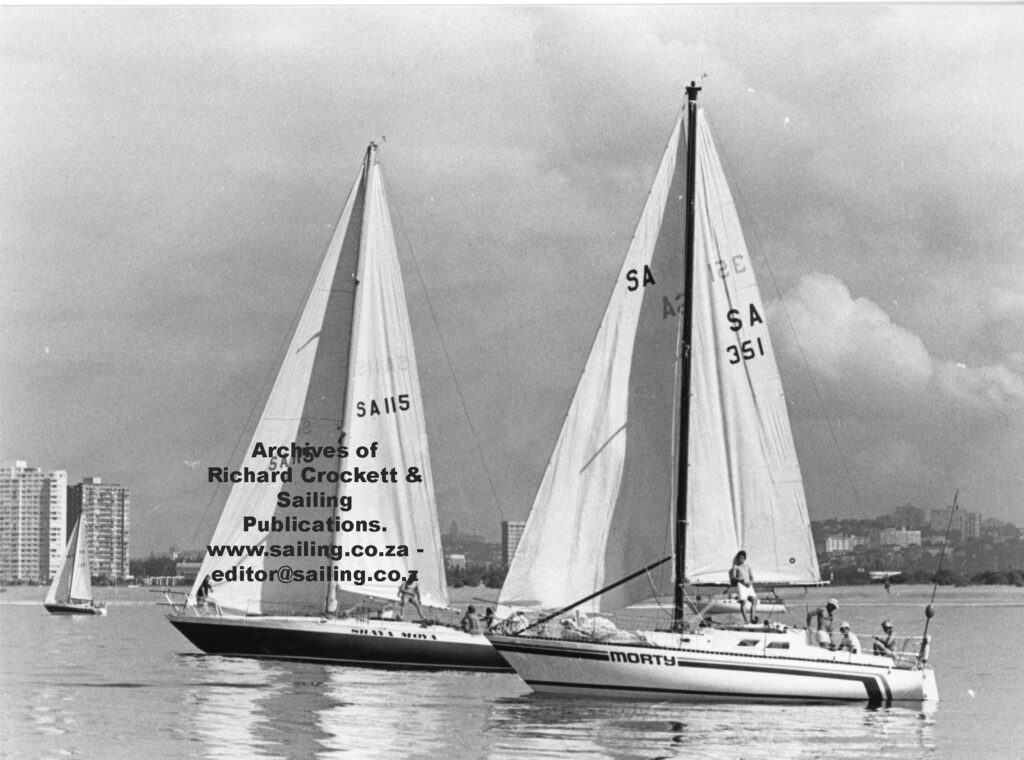 1981 Vasco. Morty, A Miura to windward of Shaya Moya in a light wind start. 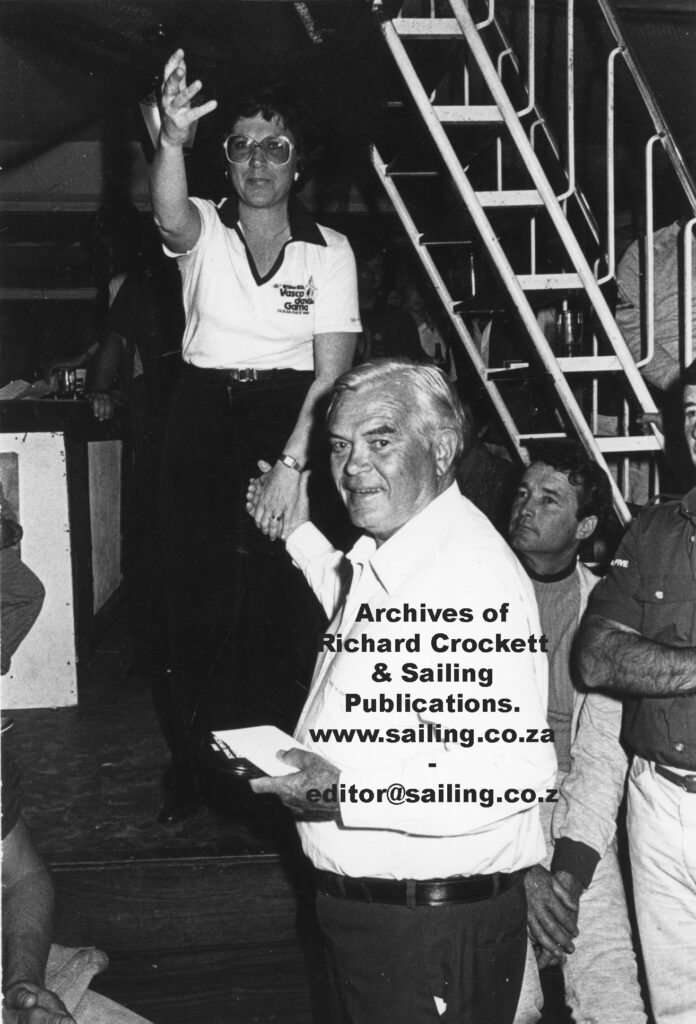 1980 or 1982 Vasco. Bob Nuttall skippered an Impact 30 in the race and is seen here at prizegiving with Nancy Pierce-Jones. This could either have been aboard Blue Max in 1980 or Charisma in 1982.
pic by Richard Crockett