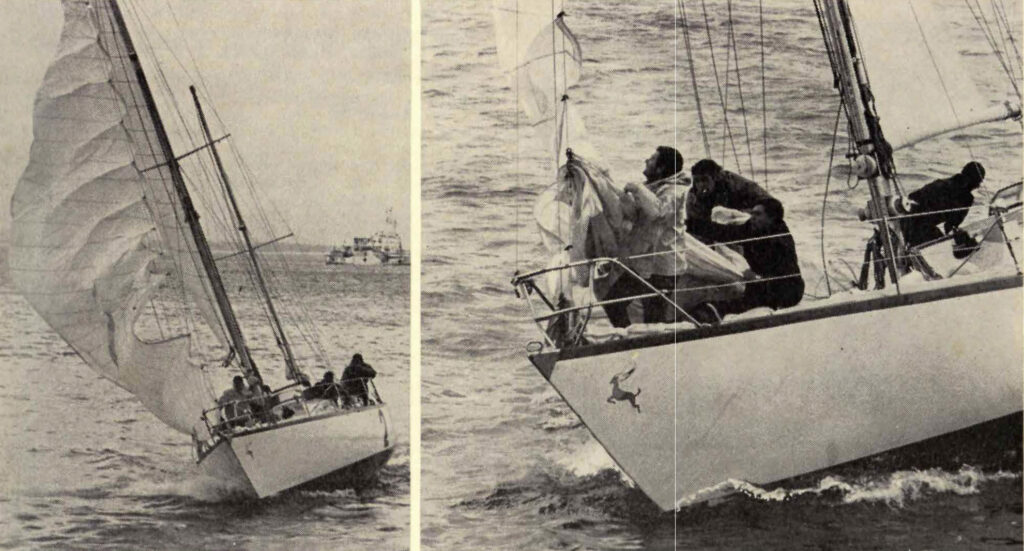 Smart work at the finish – when Voortrekker’s jib halliard, frayed by thousands of miles of ocean racing, snapped. These two consecutive pictures show how quickly Mike Puttergill and the boys reacted in bending on the second halliard. One of the virtues, was graphically demonstrated, of twin forestays and halliards.

Races from Cape Town to Saldanha Bay are pretty common today, but doing the complete circle and finishing back in Cape Town is something which probably has not been done often since the days of Rothmans Week.

There is nothing startling in this report, written by Gordon Webb, although he does go in to some good detail on how to select crew, the roles they play, and more importantly the preparation and practice prior to the start.

Oh, and in case you are wondering about the headline, ‘V’ refers to ‘Voortrekker’ which won line honours and ‘M’ for ‘Meander’ which took the handicap prizes. 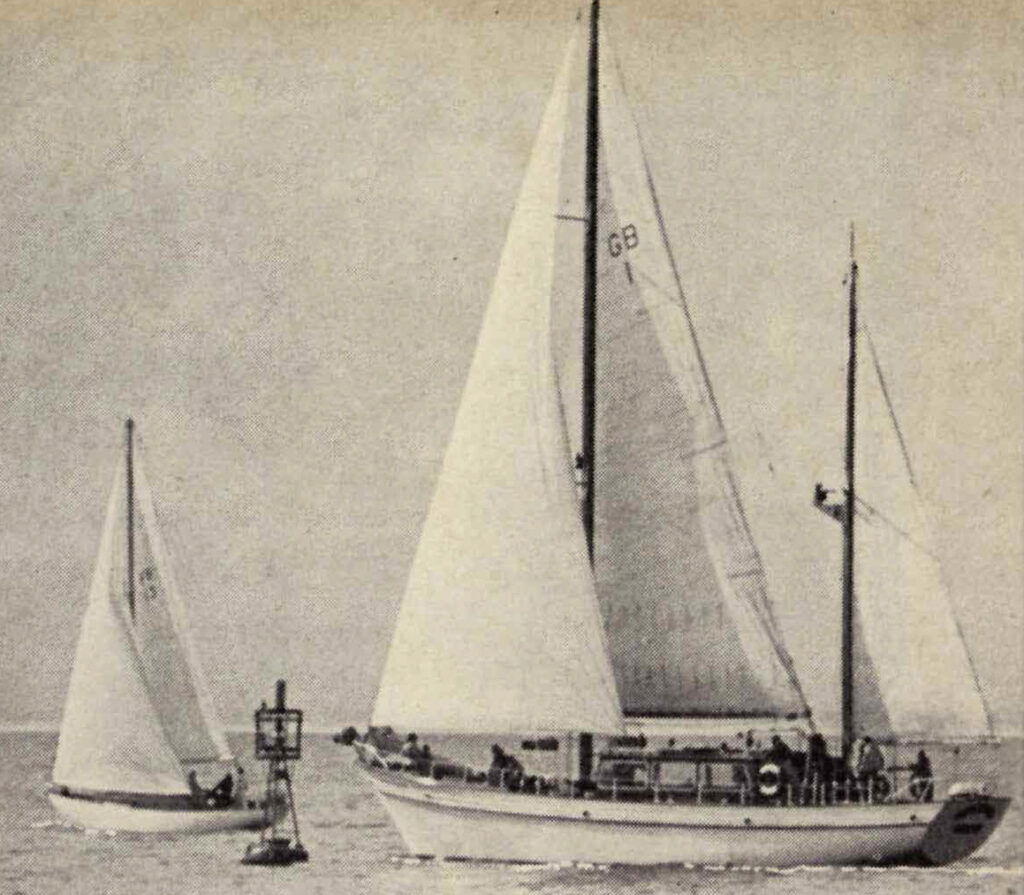 Captain Phil Nankin’s Merchant Academy training ship Howard Davis was in her first race, but she could not show her paces in the fickle going, although she has held Voortrekker on a close reach in hard weather. Ahead of her here is the Lello 34 Pintado which got into Hoedjies Bay I hr. 45 min . before the big ship. A sister ship Meander turned 2 hr. 5 min. ahead and finally won the race.